In “Sweet Sixteen”, too many pots to stir, and maladroit morals, dilute what could have been a solid enough early slasher film. 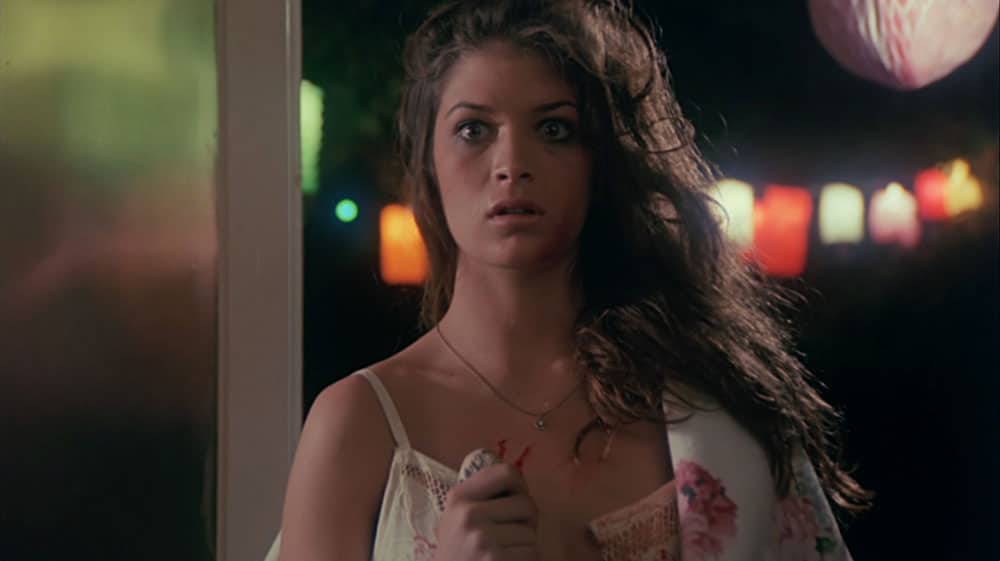 Melissa is new in town and looking to make some friends. Unfortunately, everyone who peaks her fancy ends up dead. Is it coincidence, or is Melissa responsible for the carnage? Let’s dig into 1983’s “Sweet Sixteen”, directed by Jim Sotos!

The opening seems out of place once you’ve watched the entire film. We are inside Marci’s nightmare, in a gothic castle, and escaping the monster at the door as she wakes and eyes a horror novel on her chest, the culprit for her night terror. It seems Marci was supposed to have a larger role through the film, but it was never realized. She helps her father, Sheriff Dan (Bo Hopkins), on cases and he’s nicknamed her Sherlock. But she often takes the screaming damsel in distress part instead of fulfilling the character’s potential.

Shifting focus, we’re introduced to new-in-town, fifteen-year-old (soon to be sixteen) Melissa, who drops by the local bar looking for new friends. She makes a play for Jason, an American Indian, who just had a quarrel with the local racist hillbillies. He sends her off, telling her to go home. She of course finds a taker and drives off with Johnny to “park”.

For following his wiles, Johnny ends up slaughtered on the side of the road by an unseen hand.  Here the film moves forward, laying waste to anyone who catches Melissa’s eye. Meanwhile, Sheriff Dan and his children Marci and Hank do their best to figure out who’s doing the killing and why. 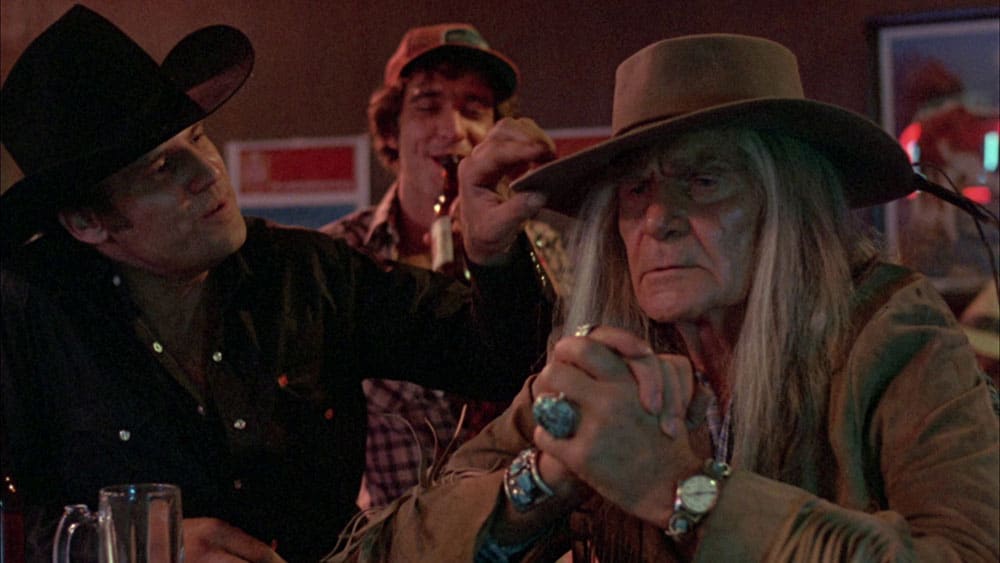 A simple plot, that could have worked.

The problem lies in keeping the killer a complete mystery. There are no hints dropped. No red herrings. So, when the killing’s done and the threat removed, the final moments are spent hastily doling out exposition that’s hard to follow. The ending, a freeze frame (SPOILER) on Melissa is less impactful because the theme of not being able to escape your familial legacy wasn’t addressed up until this point. It’s the reason writers drop those easter eggs along the way. It trains your brain to accept the inevitable end and the broader message.

Serviceable, if you can ignore what lies below in “Of Gratuitous Nature” — which would take momentous apathy.

Don Shanks (Jason Longshadow) may be recognizable from his build alone as he played Michael Myers in Halloween 5. 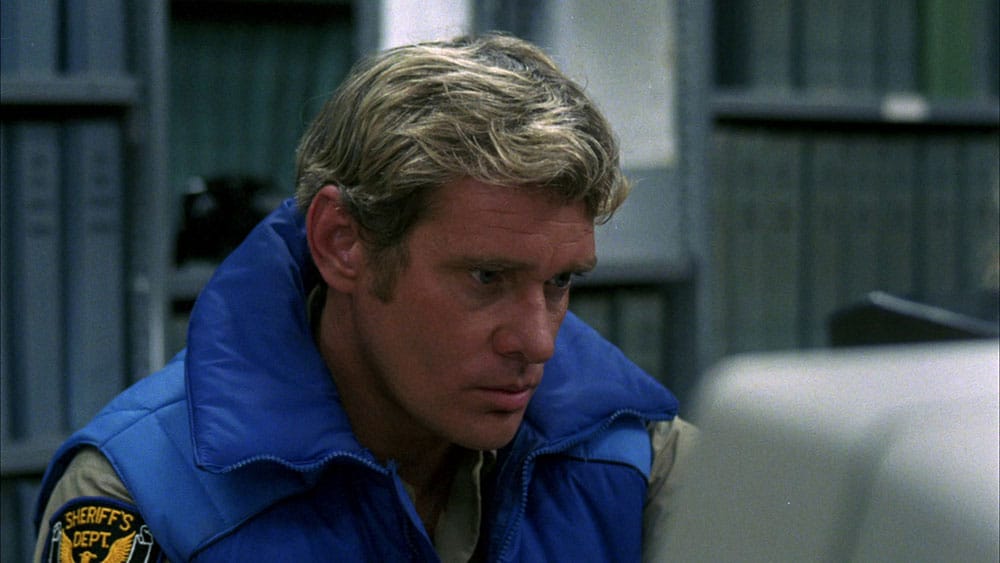 Before I dive into this, let’s make it clear that Aleisa Shirley, who plays Melissa, was nineteen years old at the time of filming. Without this fact, I wouldn’t have made it past the sixteen-minute mark when they decided it was important to film a shower scene of a girl that’s supposed to be fifteen years old. A detail they mentioned numerous times to this point. Absolutely no impact on the story. Truly gratuitous.

They must have contemplated this mistake because for the next hour they only made uncomfortable allusions to the local trash wanting to have their way with her and honorably waited until the birthday party for her to disrobe again, this time for a skinny dip with Hank. She’s sixteen now though. Completely OK (it’s sarcasm).

It overshadows the racism of the local characters, which did serve the plot.

There’s no excuse for this shit. It soils what could have been a mid-line, early eighties slasher. 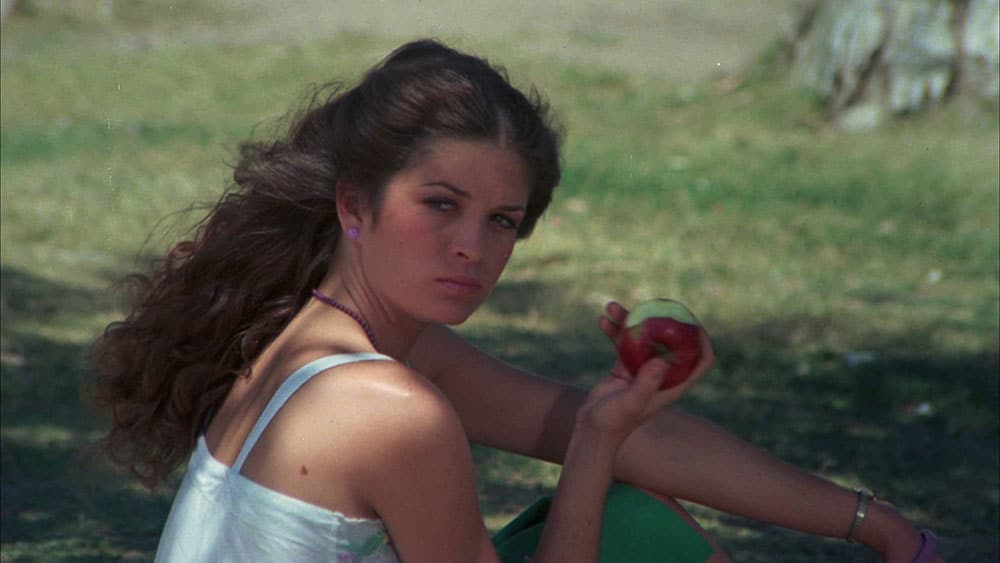 Don’t let the quality of his acting fool you. Though he plays a complete dick in The Goonies (Troy), Steve Antin, who plays Sheriff Dan’s son Hank, is just as handsome as he is skillfully endowed theatrically.

The effectiveness of using an event such as a birthday party provides a nice end point for viewers to anticipate. You expect the big climax to be staged around the sweet sixteen, but it’s hardly emphasized here and leaves the plot rather amorphous. If you were to focus the promised bloodletting around the party, it could make for a fun “holiday” film.

Code Red released a limited Blu-Ray, or you can stream on Tubi.