“Dream Demon” is a well-executed fever dream that would give anyone cold feet about taking the plunge, with some great gore and stunts. 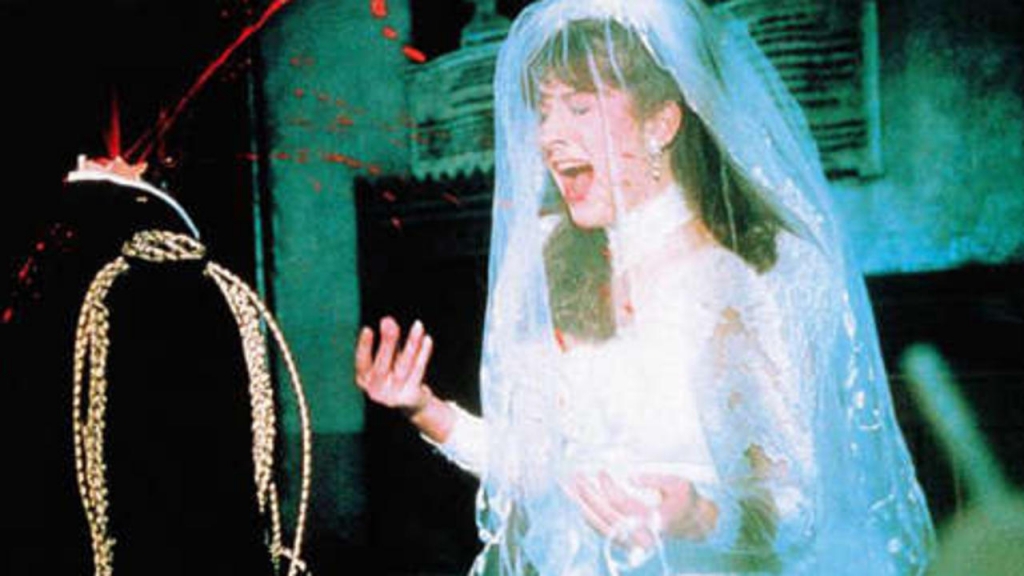 A bride-to-be is haunted by gruesome dreams leading up to her wedding, which seem to be escaping into reality. Let’s dig into 1988’s “Dream Demon”, directed by Harley Cokeliss!

A surprising gore riot of an opening sees Diana (Jemma Redgrave in her first role) slap her husband’s head clean off, sending a geyser of blood spurting all over her virgin white dress. It was all a dream, as we learn Diana is set to marry Oliver in real life. Oliver is famous and wealthy and the weight of this seems to be tormenting Diana in the run up to her nuptials.

In an aspect very true to British culture, a couple of vile investigative reporters hound Diana for dirt on Oliver. The relationship, or should I say conflict, with the press in the UK pre-dates the great American censure of the fourth estate, so portraying reporters Peck and Paul so nefariously rings true.

The special effects are impressive, particularly the wounded wall with the visible viscera within its crack. 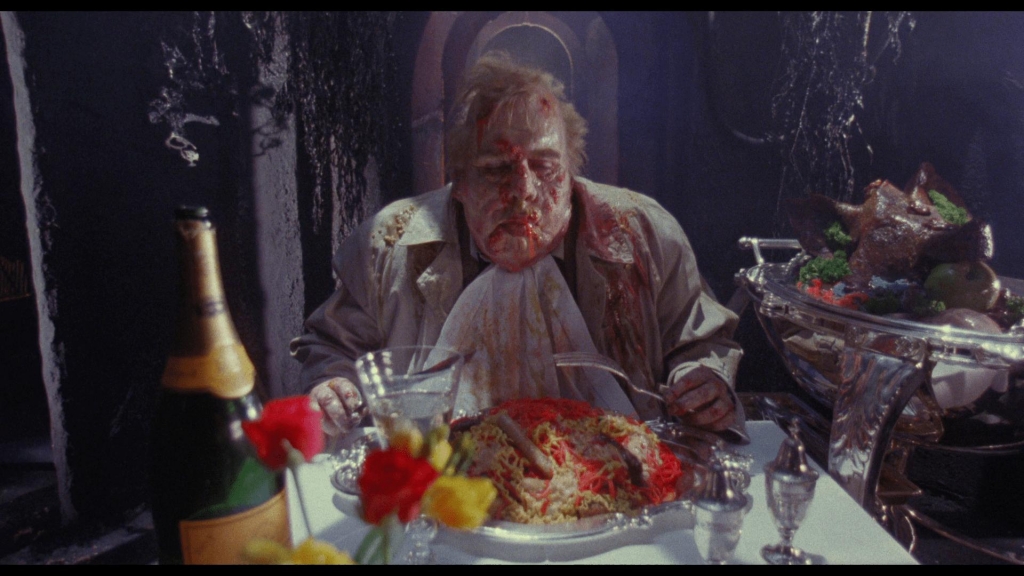 The production as a whole shows a high level of expertise. There are some strikingly grotesque scenes such as a deformed Peck munching down on some spaghetti which resembles entrails, with sickening exuberance. The creepy porcelain doll that Diana sleeps with births a large mealworm from its head, and as Diana stumbles away in fright, she trips on an oversized horned beetle which reminds me of Cronenberg’s (by way of Burroughs) Naked Lunch. Further, the stunt crew earned their meal ticket on this production with multiple full burns.

While the climax reminded me of the M.C. Escher sequence in Labyrinth, the promise of a wedding is never realized and the plot never feels cohesive — just a bunch of well set and shot dream sequences sewn together.

Timothy Spall, who plays the malevolent journo Peck, is at his creepiest; surpassing his slimy roles in the Harry Potter films as Peter Pettigrew, as well as Beadle in Tim Burton’s Sweeney Todd.

Though it served as the timeline for the film, the impending wedding aspect of the story feels so secondary. Removing it wouldn’t lessen the film. 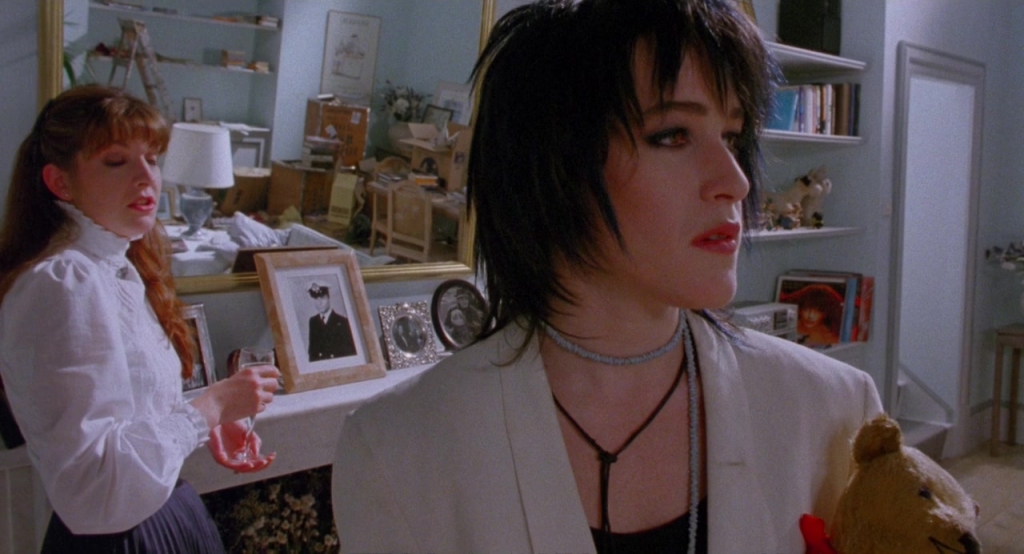 Kathleen Wilhoite (Jenna) has an intoxicating cuteness in Road House and she had the same level of endearment here (a year prior to filming with The Swayze), albeit gothed out.

Subject matter that many can relate to, the insecurity and anxiety that comes with such a life event as getting married is ripe for the picking, and if done by a clever mind could make for some effective horror sequences. You already have your stated endpoint — a wedding — and it’s all fun and games weaving your protagonist through bloody obstacles before the white dress.

Arrow Films released a special edition Blu-Ray with tons of new extras and interviews. It is also available to stream from their proprietary service, or to rent from Amazon, Apple, and Google Play.