A smart and sophisticated entry into the rape/revenge subgenre, “American Mary” was a breakthrough film from the Soska Sisters that still packs a punch.

This week’s Tubi recommendation is a very bloody body horror film from the most famous and infamous twins in all of horror history, the Soska Sisters (otherwise known as Jen and Sylvia Soska).

I’ll admit that I was a little late to hop on the Soska Twins train.

I remember when it was announced they would be remaking David Cronenberg’s Rabid, as well and their subsequent banning from Twitter. My first thought was, “the directors of the WWE movies?” I  immediately dismissed the idea that Rabid would be any good. I know it’s not right to judge a book by its cover. But I’ve been a wrestling fan long enough to know that WWE movies are generally subpar. I didn’t think I needed to watch See No Evil 2 starring the Undertaker’s brother Kane in the lead role, or Vendetta starring The Big Show, to know that they probably weren’t spectacular.

But my attitude completely changed when I finally watched the Soska’s reinterpretation of Rabid. Now, I am completely on board as a fan of Jen and Sylvia. And See No Evil 2 is starting to look better and better. 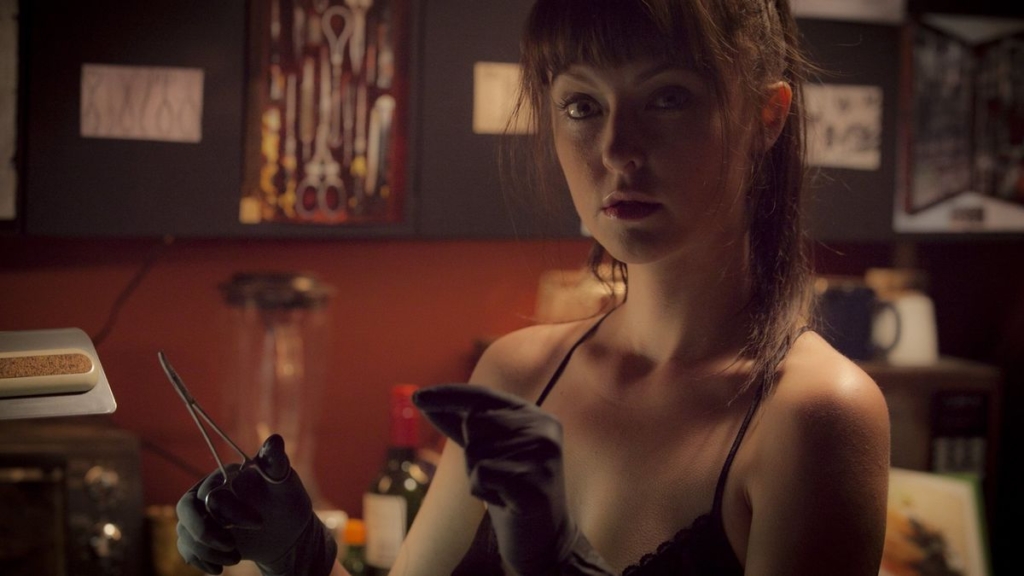 It stars Katharine Isabelle as the titular Mary, an aspiring medical student who is struggling to pay for college. Fearing debt, she goes to a strip club to apply for a job. But when the guy running the strip club notices on her resume that she has a background in medicine, he offers her a different job altogether. For $5,000, she stitches up one of the club owner’s gangster friends. She soon becomes known as Dr. Mary, the underground surgeon that everyone wants to book time with.

At first Mary resists, but she is enticed further into the world of illegal surgery by the money and freedom.

One night, everything changes, and Mary’s life spirals out of control. At a dinner party with doctors from medical school, she is drugged and raped by one of her mentors. She reaches out to the gangster strip club owner to kidnap the doctor so she can torture him, and boy does she ever do just that.

American Mary is a fairly gory movie, which is insane considering most of the gore happens off screen. 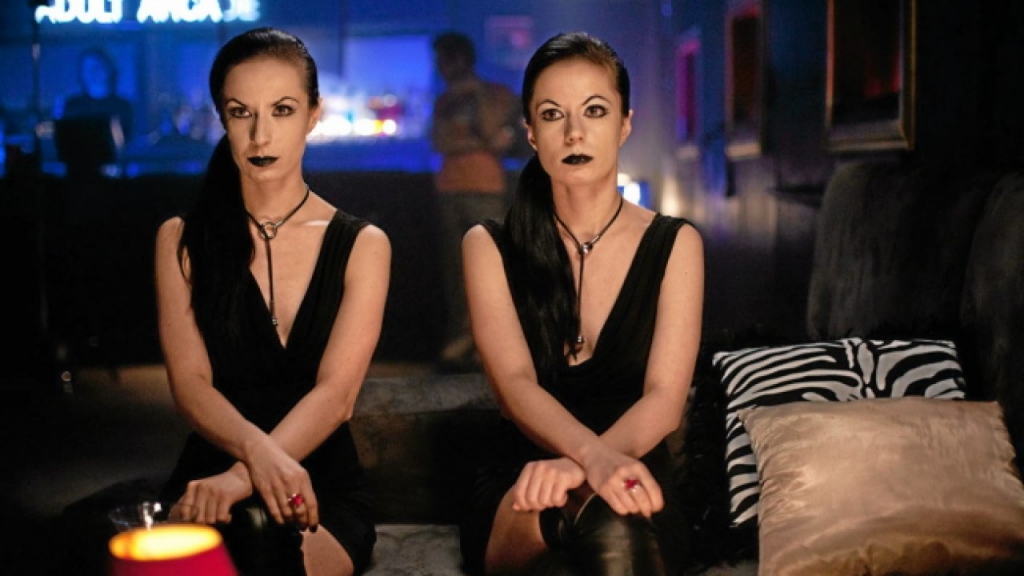 Sure, you see Mary bashing in the head of a security guard who gets a bit too close to her victim. But we don’t see her amputating his arms and legs, forking his tongue, tattooing his face or chopping off his genitals. We also don’t witness the surgery that Mary performs on the Soska sisters, themselves, who make a cameo appearance in the film. They play twin sisters (obviously) who show up to ask Mary to surgically swap each of their left arms, and it’s one of the most bizarre exchanges in the whole film.

The gore that is shown is very graphic, relying heavily on practical effects, which is refreshing for a low budget film.

Overall, American Mary is a fantastic horror movie, which offers an interesting spin on rape-revenge horror. Typically, the woman who is getting the revenge is just a crazed maniac operating off of pure emotion. But Mary is more measured, more psychologically-driven, and more cold and calculating in her approach. It’s refreshing to see.

If you haven’t seen this film, it’s well worth a watch. And if you have seen it — which is likely, considering how rabid (pardon the pun) the Soska fan base is — then it’s definitely a great time for a rewatch, as the rewatch value is very high with this film. Check out American Mary, now streaming on Tubi.