Sometimes you don’t want high art but just a mindless good time. For those times, there’s the wildly entertaining “CarousHELL”. 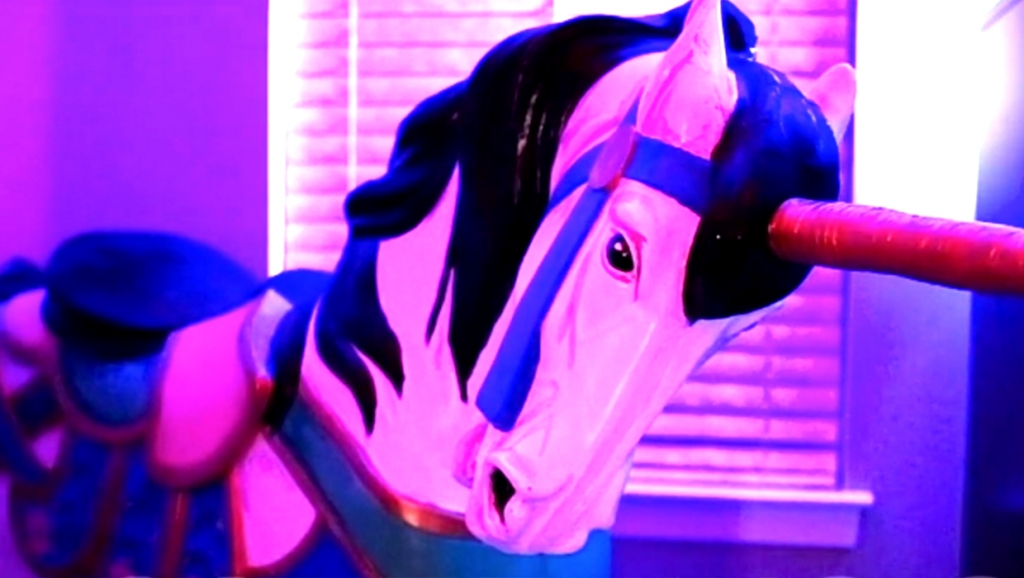 Welcome back to Tubi Tuesday where the entire month of December will be dedicated to the most confusing, bizarre, offensive, and at times, obnoxious horror movies available on Tubi.

This week’s recommendation is a film that knows exactly what it is and doesn’t try to be much more.  We are of course talking about 2016’s CarousHell.

Now, you might think that a movie about a carousel horse that suddenly becomes sentient and starts murdering people would be absolutely terrible, but this just might be the best movie you will see all year.

Sure, it doesn’t have the cinematography of some fancy A24 flick or awarding-winning actors like a Blumhouse-produced film. But it does have a plastic carousel unicorn that kills a couple having a picnic with ninja stars before telling them they can have “A picnic in hell”.

Sometimes absurd horror movies try to be more than what they are.

However, CarousHELL understood the assignment and remains an absurd horror movie for its whole 66 minutes of run time. 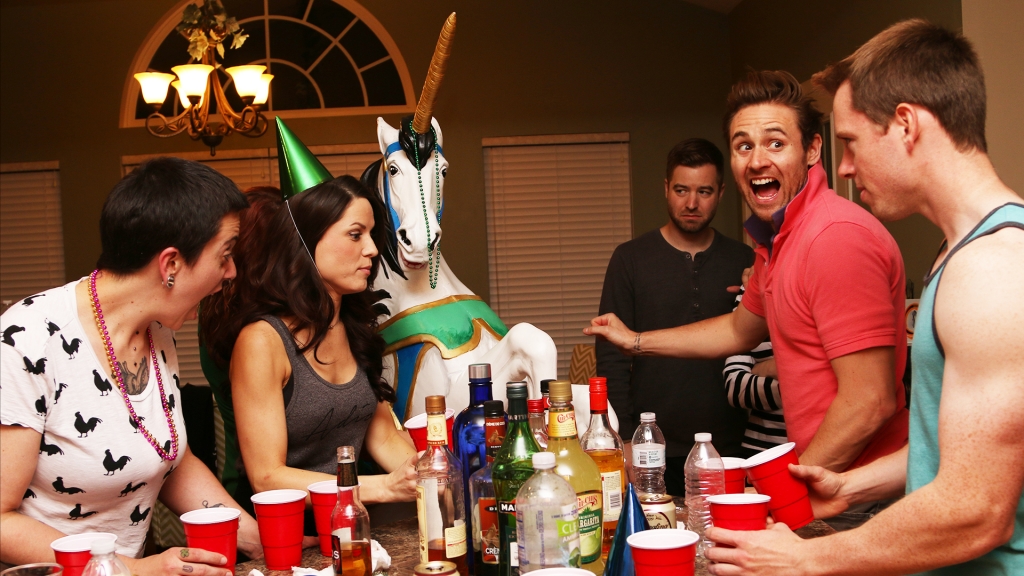 From its first kill where Duke the Unicorn kills a security guard with a hatchet before telling it to “Do security duty in hell” to when it kills two drunk guys at a house party with a plastic flamingo yard decoration, CarousHELL doesn’t try to be anything other than a good time.

And, boy does it ever succeed.

The premise is fairly straightforward. A young kid named Larry aka Lunchbox goes to a park with his sister and kicks Duke the Unicorn, who then comes alive and decides to kill Larry.

Duke tracks Larry to a house party where he is hanging out with his sister and a bunch of Tiny Tiny Pony fans, who are all trying to have sex with either Duke the Unicorn or the pizza guy. The poor pizza guy, however, is just trying to get his forty-four dollars and thirty-nine cents for the delivery.

This is a low-budget horror movie, so there are tons of dead bodies done with an excellent amount of craftsmanship from the special effects team.

Duke the Unicorn hatchets a guy in the head, stabs a clown in the neck with his horn, kills a couple with a garotte and ninja stars, kicks a guys head off, kills a girl after he has sex with her, and kills a pair of French Canadian siblings while they are having sex with each other.

This is all before he kills 6 more people, 4 of which he kills with a bow and arrow before amusement park mascot Cowboy Cool, with an enchanted revolver, puts an end to Duke’s reign of terror.

Without question, this is a five-star movie.  It obviously won’t win any academy awards, and it might not end up on any critic’s Best of List. But none of that matters because it’s just so much fun.

Check out CarousHELL streaming for free on Tubi.