After an extraordinary, feature-rich weekend, the 6th Annual AxWound Film Festival (Virtual Editon) began the week with another jaw-dropping lineup of horror shorts.

Film Block D boasted an array of psychological horror films exploring some heavy topics — ranging from fear of loss to guilt, to depression and a search for identity and belonging. Featuring surreal, experimental films that burrow into your brain alongside the truly terrifying and deeply affecting; this may have been my favorite block of films so far.

Tonight, AxWound took me on a journey that was both thrilling and disorienting. 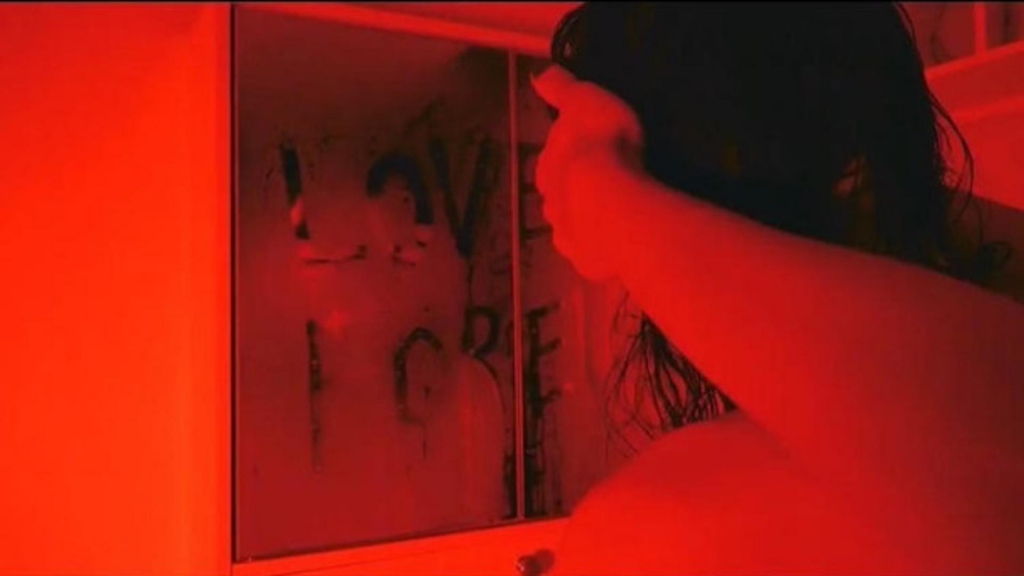 LOVE YOU FOREVER tells the story of two deeply bonded sisters navigating the pains of abandonment in a spectral time-warped house, unraveling into a murder mystery with no true casualties outside of an intangible obsession with loss.

Directed by Iranian trans girl blood sisters, Sepand and Sepehr Mashiahof, along with their best friend and cinematographer Hana Harada, Love You Forever is a beautiful, surreal, nightmarish film that transfixes viewers in a dreamlike state. It will at once disorient and mesmerize you.

The official plot synopsis is as follows:

Stuck within the time loop of ritualistic trauma, this film is an experimental horror film that takes place within the spectral plain of “Trans Girl Ether”, amplifying the palpitations of loss, grief, abandonment, and trauma. This story follows two sisters navigating defeatism and nihilism, conquering their fears of one another to learn the unending power of their bond.

Made by and starring two trans siblings, the film is part of an important movement to redefine what trans cinema can be, focusing on complex relationships and multi-dimensional characters who are not defined solely by their trans status.

The film makes beautiful use of sound and especially color to explore deeply resonant themes about that which we all feel and fear. The deeper the love, the greater the fear of loss; the stronger the bond, the more terrifying the idea of having that bond severed for any reason.

In an interview for the San Francisco Transgender Film Festival, Sepand Mashiahof explains the inspiration for the film:

“The immensity of love that I have for my sister was the biggest inspiration to making Love You Forever.”

“It’s about the horror of loving someone so much that you constantly fear their death. My friend Nimmy called it “pre-grieving”, and all those red light scenes depict the internal realms of anxiety and how they project out onto real life-situations, where you can’t fully enjoy the company of loved ones with such fatalistic thoughts in your head all the time. This is especially harsh when you’re part of a demographic where our mortality is always in a state of reckoning.”

It’s an extraordinary film that deserves an audience. Support trans filmmakers. Seek out this film and follow and support the work of these talented artists. 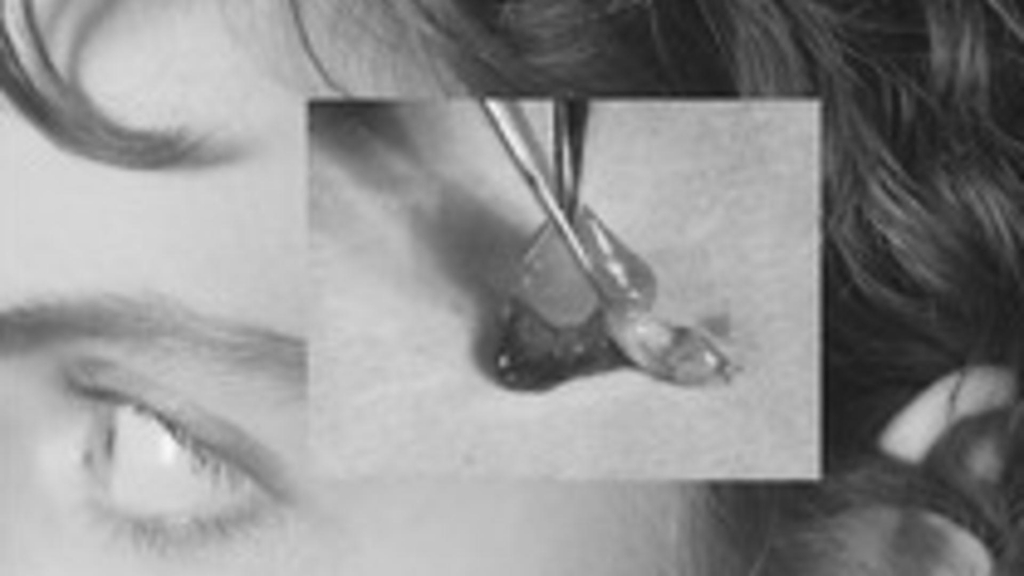 (noun) a child’s game in which a loop of string is put around and between the fingers and complex patterns are formed.

Filmed in striking black and white, The Cat’s Cradle is a surreal, Lynchian nightmare. Devoid of dialogue, the viewer is taking on a harrowing but hypnotic visual journey.

The film was the college thesis of Kyrie Clemmer is a non-binary, multimedia artist and filmmaker currently based on Lenape land (Philadelphia). They graduated from The University of the Arts with a B.F.A. in Film+Video where they received the Peter Rose film award. Kyrie explains that the thesis originated from having to halt production on their original thesis because of the pandemic — and is an example of accidental magic arising from the most unfortunate circumstances.

Kyrie has a strong command of both visual language and sound design, which you can explore on their Instagram. Take a scroll through their dark but devastating beautiful photographs to get a sense of how they create mood and atmosphere. I can’t wait to see more from this visionary young filmmaker.

Keep up with Kyrie’s work on Instagram and Vimeo. 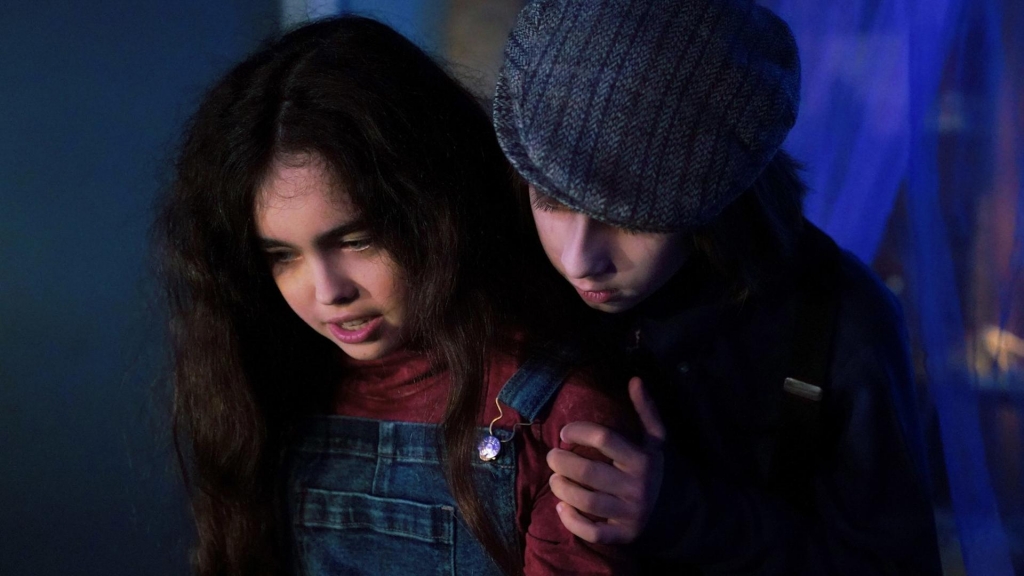 A young girl copes with her depression while her only friend, a ghost named Aubergine, tries to comfort her. But something lurks nearby that is far worse than life or death.

An extremely dark but sublime work of art, Aubergine is a haunting tale about the horrors of mental illness told through the lens of heartbreakingly innocent young victims. Beautifully shot, with a stunning color palette, the film also boasts surprisingly strong performances from its young leads — delivering an impressive blend of whimsy and horror.

Writer-director Xanthe Pajarillo is an Air Force veteran from Germany and Virginia. Her upbringing in a smorgasbord of cultures brought her to filmmaking, a form she sees as a universal antidote to life’s uncertainties.

She has a passion for women in horror and recently directed the 2021 FANGORIA CHAINSAW AWARDS hosted by David Dastmalchian with presenters Jamie Lee Curtis, Kevin Smith, Doug Jones, Keith David, and more. She co-hosts the horror podcast, KINDERGEIST, with her eighth-grader niece Zakia and has bylines at BLOODY DISGUSTING and FANGORIA.

Milagro suspects her boyfriend is cheating. On a camping trip, emotions boil over as she discovers who she is meant to be all along.

Shy Milagro suspects her boyfriend Davis is cheating. According to him, it’s probably just due to stress from recently learning she’s adopted. Are her feelings really unfounded? Or perhaps her intuition points to something more sinister lurking in her heritage.

Inspired by a mythical creature (the Ciguapa) from Dominican folklore, La Ciguapa Siempre is a powerful, chilling, and truly memorable short about female empowerment, sisterhood, and cultural identity. It kept me on the edge of my seat and wowed me with its spine-tingling, superbly thrilling ending that’s both horrific and bewitching.

Writer-director Monica Suriyage is a biracial, blasian, Afro Latina director and on–camera host. Her first horror film Black In Red Out was screened at over twenty film festivals and led to her being featured in the documentary Horror Noire on Shudder. Her digital short-form shows on Snapchat and Facebook, music videos, and branded beauty campaigns have millions of views online.

Monica had this to say about her inspiration for La Ciguapa Siempre:

La Ciguapa Siempre is a celebration of my Dominican heritage mixed with my love of horror. It’s about trying to figure where one fits in and how culture shapes our future, whether we embrace it or not. 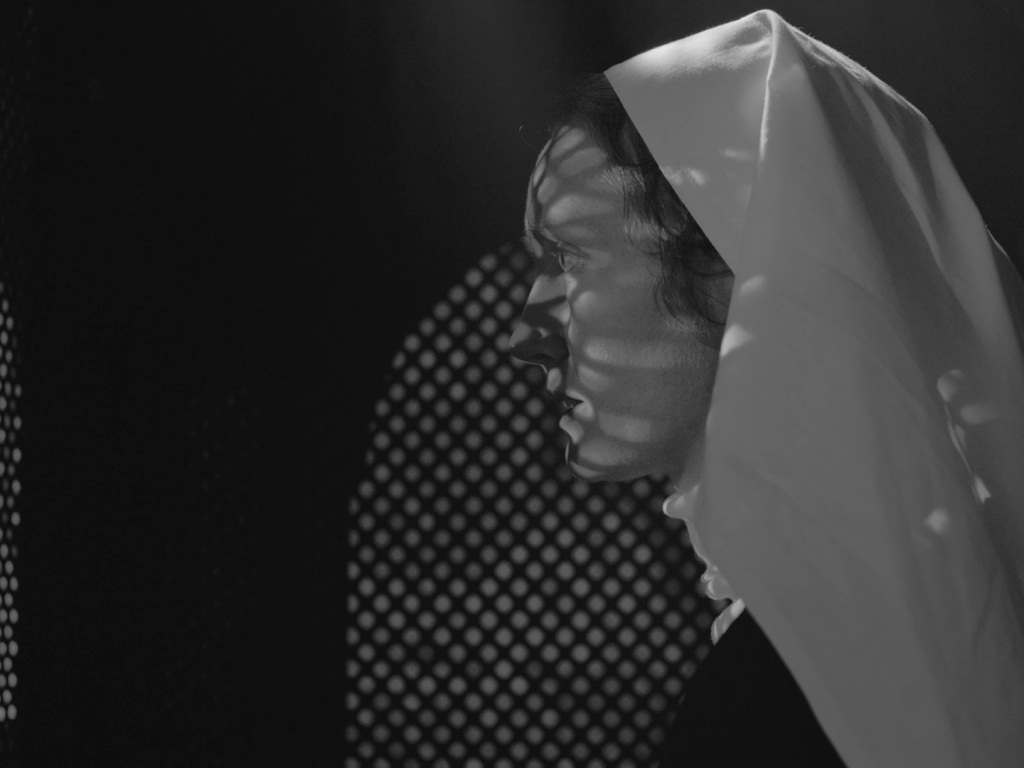 A psychological horror about a novice nun who develops a severe skin condition that continues to worsen along with her mental state as she struggles with her feelings for another nun.

This is my second time seeing Itch, and it’s one of my absolute favorites.

Inspired in part by the filmmaker’s battle with eczema, a nun’s gruesome skin condition worsens as her mental state deteriorates — a result of her guilt and confusion over her lustful feelings for another nun. Sister Jude sees the world as only black or white, good or evil. The film is shot in starkly beautiful black and white to illustrate this restrictive and binary worldview that consumes Jude’s mind and body.

Itch is the work of Susannah Farrugia — a Maltese filmmaker who is currently based in London. Growing up in Malta, filmmaking did not seem like a possible venture to her and those around her. While Malta is used as a location spot for blockbusters, there are very few films made locally by Maltese filmmakers and so, the thought of becoming a filmmaker herself seemed impossible despite her devout obsession with cinema. That is, until now.

Itch is her directorial debut. She was also its executive producer, editor, and production designer. Susannah had this to say about the film:

“The film is quintessentially Maltese in terms of cultural identity as Malta is one of the most Roman Catholic countries in the world, and being Maltese, I cannot help but frame the way I write and direct with the same Christian anxiety that I have been raised with.”

“Inspired by my own experiences of hopeful glances and the vast but niche genre of nunsploitation, I wanted to invert the filmmaker’s gaze by looking at lesbianism through a feminine lens rather than the fetishist gaze that the genre is known for.”

“This film subverts the nunsploitation genre by playing with its tropes such as alienation, ‘cloisterphobia’, religious guilt that results in masochistic rituals and lesbianism in a suppressive environment, while respectfully portraying them with honesty and planting them firmly within realism.” 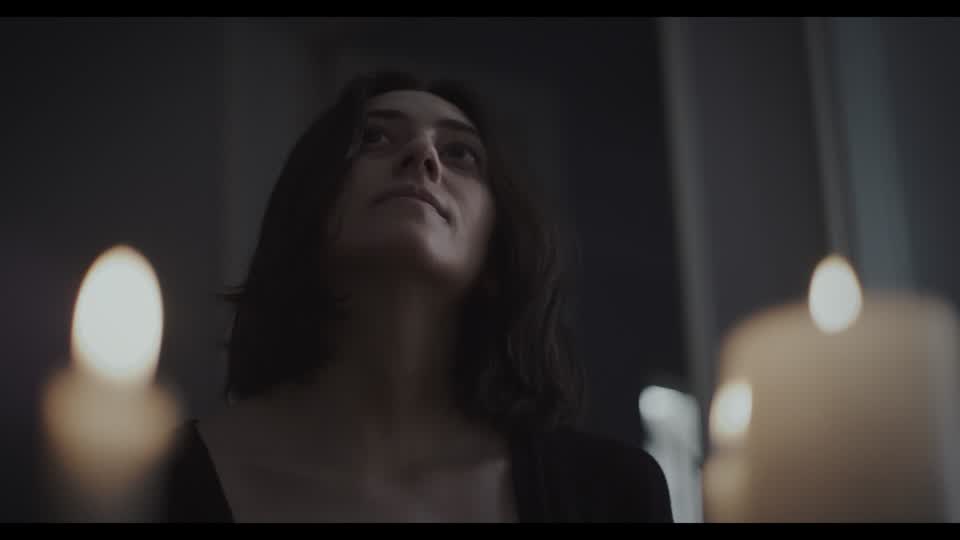 A young woman suffers from pyromania, a disease that prevents her from living a normal life and puts her and everything around in great danger. How she will heal, without burning out in the attempt?

What happens when the thing that brings you the most comfort and intoxicating joy is the very thing that threatens to destroy you?

Fury is a sexy, stylish horror film with a punk rock sensibility. This dialogue-free experimental film invokes powerful emotions with its unsettling but intoxicating imagery and discordant sound design. Much in the same way our lead is seduced by the fire that wounds and scars her, we as viewers are horrified but transfixed; it’s offputting but somehow undeniably entrancing. It’s the intersection of fear and desire.

Chilean filmmaker Paulette Lecaros describes herself as an agnostic, vegan & riot girl — as well as a horror enthusiast. And, just like that, I’m officially obsessed.

Watch the trailer for Fury here. You can also rent the film on Amazon or Sofy.TV. And be sure to check out the killer Fury music video here.