Day 5 of the AxWound Film Fest delivered an extraordinary collection of moving, funny, terrifying shorts about how our environment shapes us.

Every day, I’m utterly convinced I’ve seen the festival’s highlight reel, the best programming it has to offer. And with every new day, I continue to discover films that shatter my expectations and prove, with AxWound, the best is always yet to come.

Day 5’s Film Block E absolutely wowed with its impressive collection of tales about community, legacy, the pasts that shape us, and the futures we can’t escape. 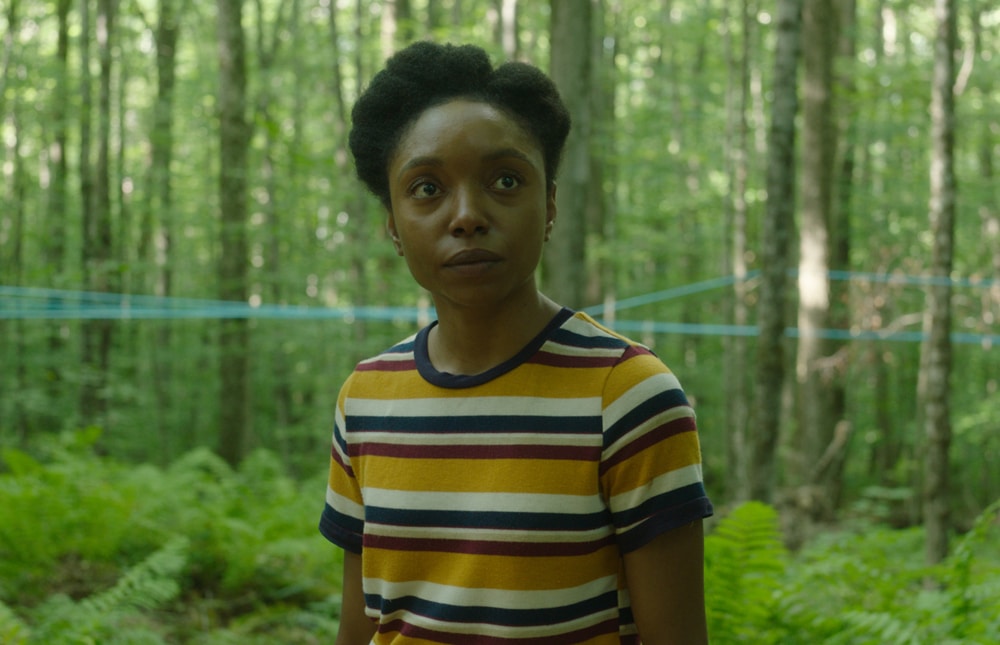 A Black family in rural Vermont attempts to live a life of solitude and cope with the ghosts living on their property.

Filmmaker Annalise Lockhart describes her directorial debut, the riveting and powerful short Inheritance, as an ode to her childhood home and an exploration of an idea about invisibility:

“What if we could disappear? What if we had control over how and where we are seen?”

Lockhart’s work is influenced by her Afro-Futurist beliefs and the genre’s power for change. Her film Inheritance focuses on a Black family who is haunted by white ghosts in rural America.

She explains the inspiration for the film:

“As a kid growing up in Manhattan, I would spend the summers disappearing into the woods around our cabin in Vermont with my siblings. I was aware of a stark contrast there – I spent most of my life in a place full of people, where I was aware of being watched. I felt lucky to have this place I could escape to and feel truly alone. Unfortunately, it wasn’t always like that – especially as a Black family, we had instances of feeling othered at our own home. Thus, this story emerged from a desire to address the ways stereotypes from the ‘real world’ can follow us into the ‘natural world.'”

“As Black people, we are both hyper-visible and largely unseen (for who we really are). However, sometimes not being seen can work to our advantage. Invisibility can bring peace and quiet, or, more subversively, the freedom to do or say things we couldn’t imagine otherwise.”

With stunning cinematography and spellbinding performances from the three leads, the film uses the apparitions as a potent metaphor for what it feels like to be Black in America. And while both the visuals and the horrors they represent are truly haunting, the short does a remarkable job celebrating the family’s resilience, ingenuity, and unity as a means to combat the oppressive nature of bigotry and cruelty.

Check out the film’s trailer here. And be sure to check out this amazing micro-documentary from Art Girl Army where Annalise talks about her love of film, representation, and the importance of getting women filmmakers into the room. 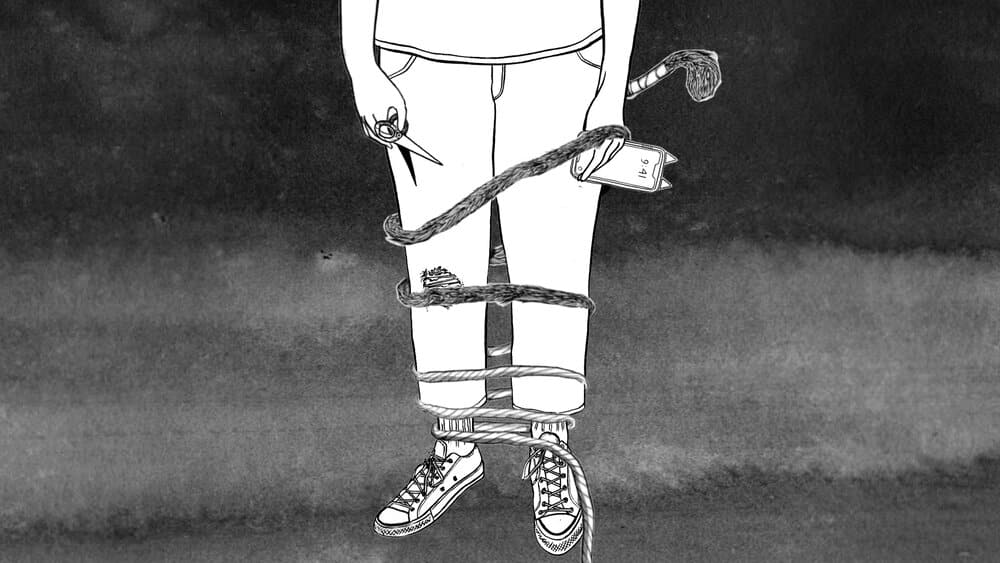 Pottero is an animated film based on family folklore and issues surrounding mental health, accessible healthcare, and social mobility.

I fell pretty hard for Pottero, an animated short from Lindsey Marie Martin that delivers whimsy and charm while addressing some heavy and deeply personal subject matter.

Pottero cleverly blends folklore with real-world issues of mental health. It revolves around one woman’s lifelong battle with her inner demons and how she tries to both escape from and finally confront and even accept those demons.

Lindsey explains what Pottero means to her:

“Suicide rates in rural America have been steadily increasing over the last few years. POTTERO was developed in response to the loss of a close family member who was dealing with issues around access to healthcare, the cyclical nature of poverty, and generational mental illness.”

Lindsey’s films are humorous, sometimes dark looks at the inner workings of families going through a crisis, often embracing the absurd. Her film, Every Speed, won the Premio Asolo Award for Best Film on Architecture at the Asolo Art Film Festival.

After watching Pottero, I immediately wanted to see more from this talented filmmaker. Fortunately, Lindsey has accumulated an impressive body of work, and there’s much to explore on her Vimeo channel.

Learn more about Pottero, including the inspiration for the film, and watch the teaser here. Watch audience feedback from the film’s recent screening at WILDsound Festival here. 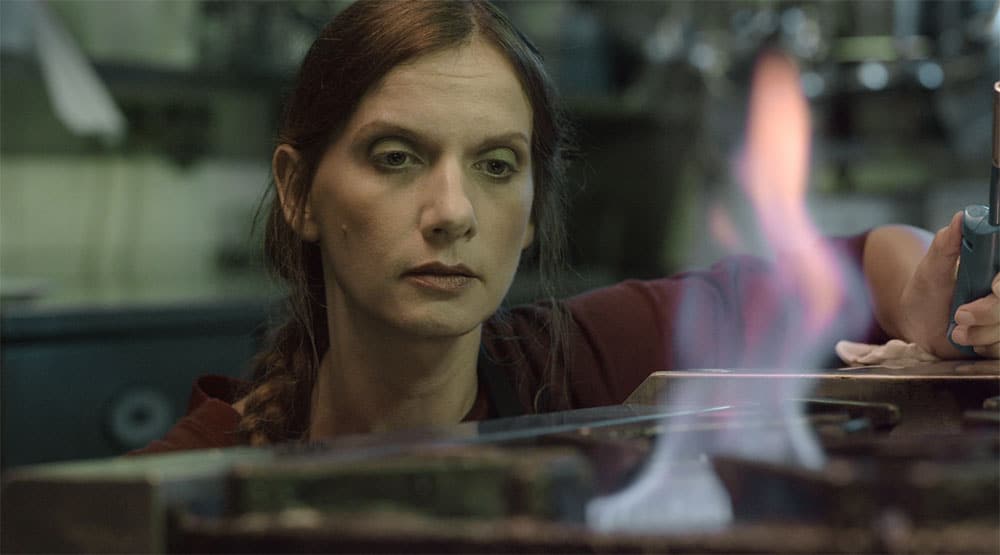 Myrtle, a trailer park Mom from Indiana, cooks dinner for her son. But something’s not quite right. This kitchen is anonymous, industrial, and Myrtle’s working to a deadline. As her composure unravels, we realize that 21 grams is all that separates life from death.

Patricia McCormack‘s directorial debut, which she also stars in, is the critically acclaimed, award-winning dramatic short Myrtle. It’s a mere fifteen minutes long, yet I feel I could write essays on this deeply affecting, gut-wrenching, and utterly captivating film.

In honor to explore the depth and impact of the film, it’s important to reveal some pivotal plot points. However, I’m hesitant to do so because the journey is so engrossing, and the reveal so devastatingly beautiful, that it’s one I strongly advise going in blind to. Thus, I’ll do my best to give you just enough with the caveat that I can’t begin to scratch the surface about what makes this film such a must-see work of art as well as a thought-provoking commentary on America’s socio-political climate.

Myrtle is an evolution of a play written by Megan Barker, inspired by a traumatic true story and centering entirely around a one-woman performance from McCormack. The acting is masterful, and I could have easily watched a full feature-length film of McCormack’s character simply talking to the camera.

The short brilliantly explores a myriad of difficult subject matter and critical, real-world issues. However, at its core, it’s about the extent of a mother’s unconditional love. And the ending…oh my god…the ending. That’s all I’ll say for fear of spoiling the viewing experience. But I urge you to seek this one out as soon you are able. 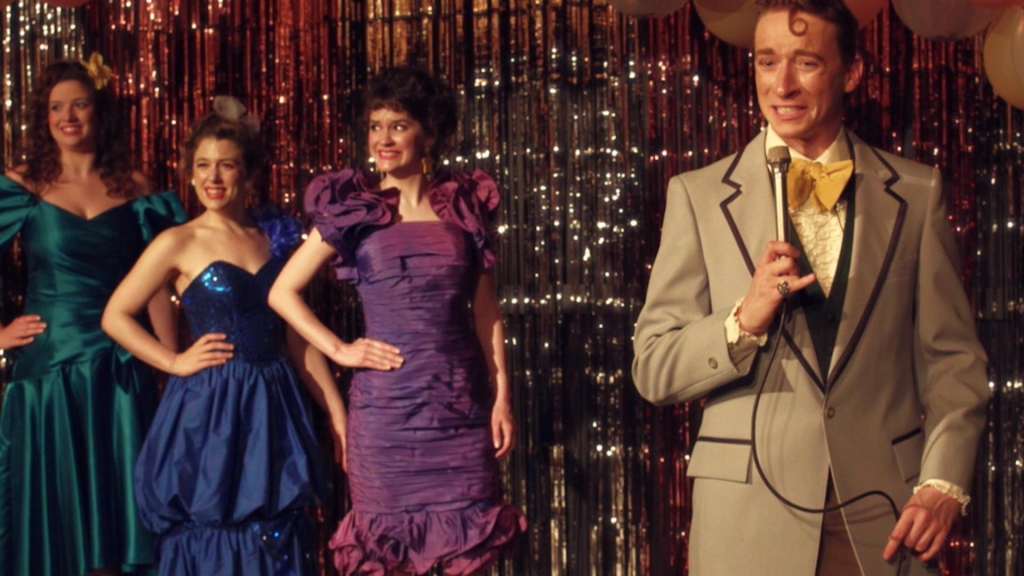 Welcome to the 1984 Miss Blueberry Beauty Pageant! Where the girls are a feast for the eyes and as sweet as honey. Follow these three finalists as they navigate the twists and turns of a pageant that reveals a much more sinister secret.

With its gloriously 80’s aesthetic and pitch-perfect humor, Miss Blueberry showcases the horror of the modern-day beauty society through the lens of camp and neon.

Kennedy is an actor, writer, and director who loves to participate in projects that promote diverse voices and strong female characters. When speaking about the film’s origins, she had this to say:

“THE MISS BLUEBERRY BEAUTY PAGEANT was conceived from the fever dream of the stress I felt from the preconceived standards of an outdated beauty industry. It’s the perfect combination of comedy and horror, because the real world is exactly that.”

To call this film the perfect combination of comedy and horror is a bold statement… and one that’s more than deserved. Perfect indeed. 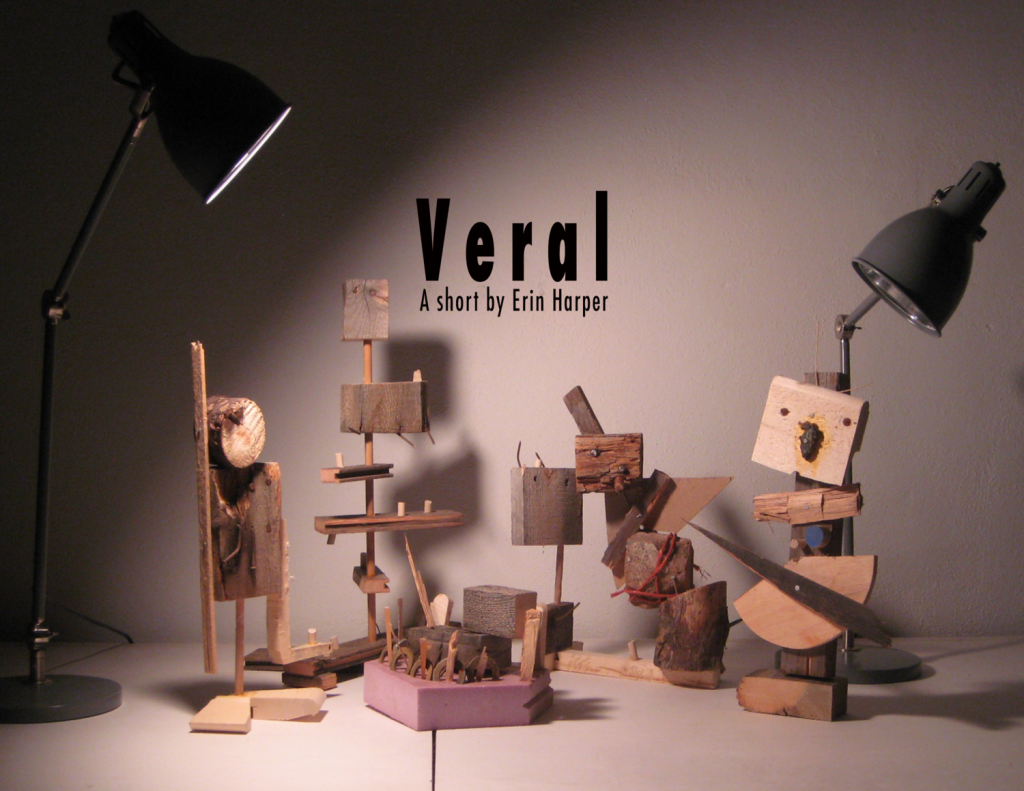 A High Plains, neo-Gothic story of a city-slicker reporter hunting out a scoop in a brutal, gruesome, rural landscape.

On the High Plains, a city-slicker journalist meets a mysterious girl who leads him through her museum of preserved townies. “No pictures,” she warns. Breaking the rules may cost him more than his deadline.

Erin Harper makes films about the High Plains of Colorado where she grew up. She explains a bit about her filmmaking vision:

“Perception can bend reality. Reality is survival. Survival spawns creativity. I come from a place that resonates more deeply than what the community that I grew up in could articulate. We all wrestle with what came before us, and we all have different ways of manifesting that restlessness.”

Rich in atmosphere in intrigue, VERAL is effectively tense and unsettling, cultivating mounting dread with its striking visuals and exceptional sound design. It’s a truly immersive experience with an exquisitely satisfying ending.