“Hideous!” is one of the most appropriately named movies in horror history…and not just because of the film’s grotesque killer creatures. 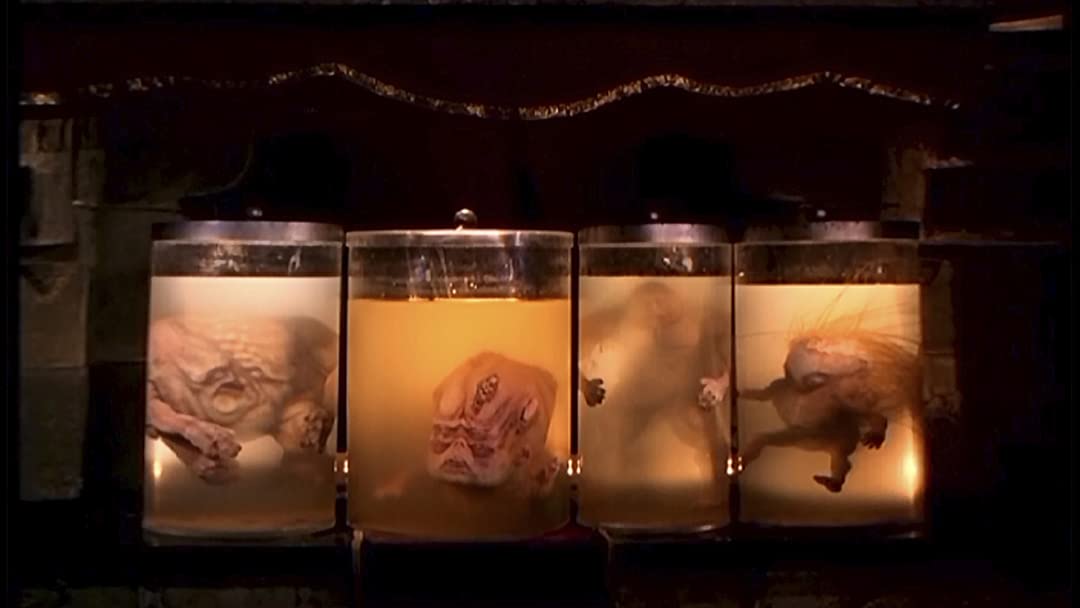 Tubi has an overwhelming amount of horror content available from numerous partnerships with content distributors and production houses. One of those partnerships is with Full Moon Features, aka the house that Charles Band built. This week’s Tubi Tuesday is a Full Moon film from the man himself. And while it’s not a good movie — in fact, this movie is bad, very bad — that doesn’t mean it’s not worth the watch.

The film opens with a bunch of guys picking through sewage, and looking for things of worth. One of these guys finds a genetic human oddity which was flushed down the toilet. He sells it to an art broker who deals heavily in the sale of these hideous freaks to wealthy weirdos who collect them. 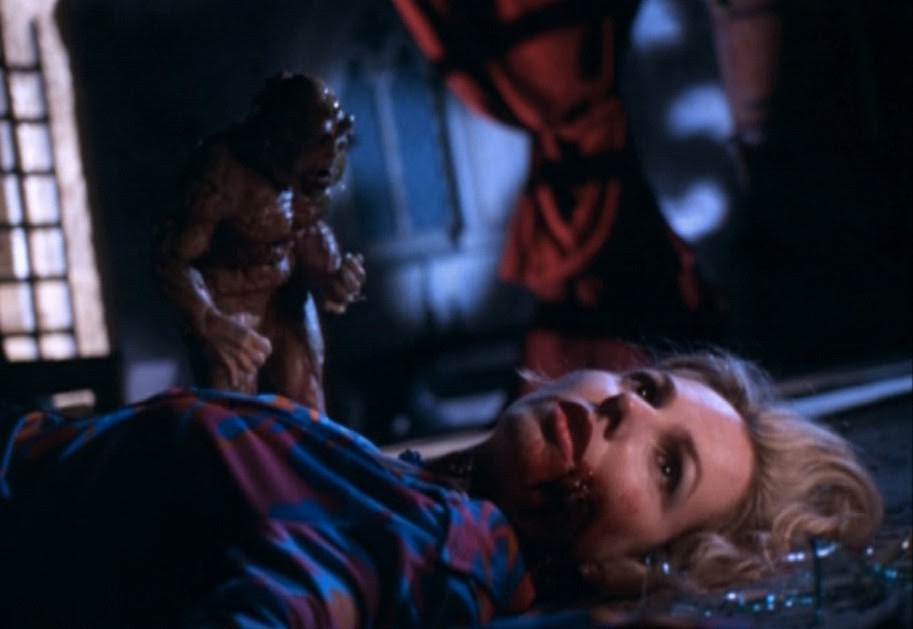 This new little booger monster is sold to a mysterious collector named Napoleon Lazar. When he brings home the specimen, he is robbed by a topless woman in a gorilla mask.

Let’s repeat that for clarification.

When Napoleon Lazar is on his way to bring home the mutated genetic freak that was found essentially in the toilet, he was robbed by a topless woman in a gorilla mask… in the snow. When asked why she’s topless, she responds, “I’m real, I’m Woman, I’m free”. 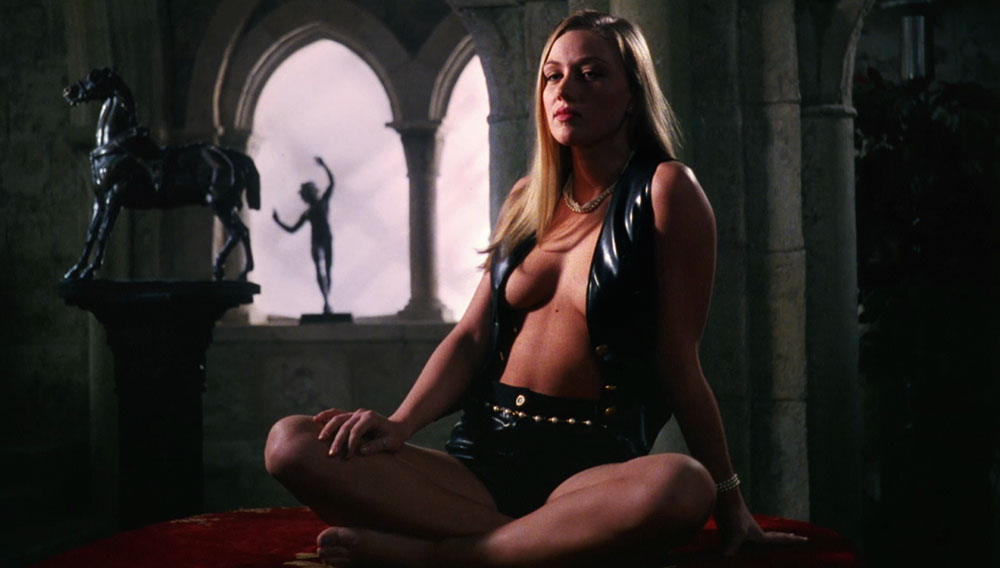 Yeah, this is the kind of movie we’re watching.

Now, this new little booger monster is different from the others; it’s alive, and it uses its booger monster powers to reanimate the other booger monsters in Dr. Lorcas’s house. Think how boring this movie would be if the only victims of the little monsters were Lorca and his topless bodyguard.  No fear, Lazar hires a private investigator to find his little monster, and he brings every member of the cast with him to Dr. Lorca’s castle to sort this whole thing out.

Now, with all eight people in the movie’s cast located in Dr Lorca’s castle, the hideous little booger monsters can start killing them, right? Wrong! Spoiler alert, the booger monsters don’t kill anyone.

They spend most of their time knocking on a wall and writing letters in broken English to the people trapped in the castle.

Half of the characters die by falling into a pit of acid underneath the castle, including Lorca and Lazar, who fall into the pit while in the middle of an epic sword fight.  The only survivors are the topless bodyguard and the PI, who escape the castle with the booger monsters in a cooler in the trunk of their car. 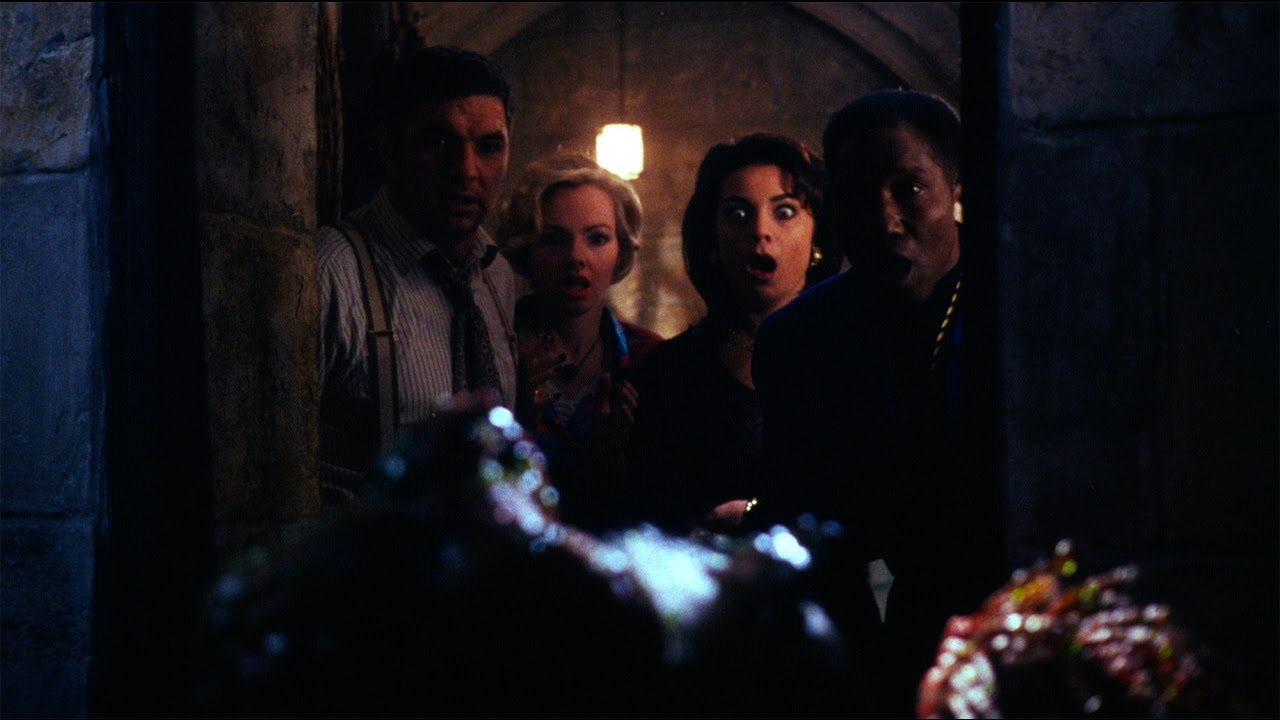 Speaking bluntly, this movie is terrible, but so what?

It’s truly bad movies like Hideous! that make us enjoy the good ones even more. Knowing how bad a film can be really can open audiences up to a world of even more good movies. For example, next time you watch a bad movie, think to yourself, “Is it worse than Hideous!”? The answer will be, probably not.

Check out the aptly titled Hideous! today, streaming for free on Tubi, and keep it in your memory always as a reminder of what a bad movie really looks like.