This week’s Tubi recommendation is “Phantasm”, an absolutely insane, all-time horror classic that deserves to be seen by more people. 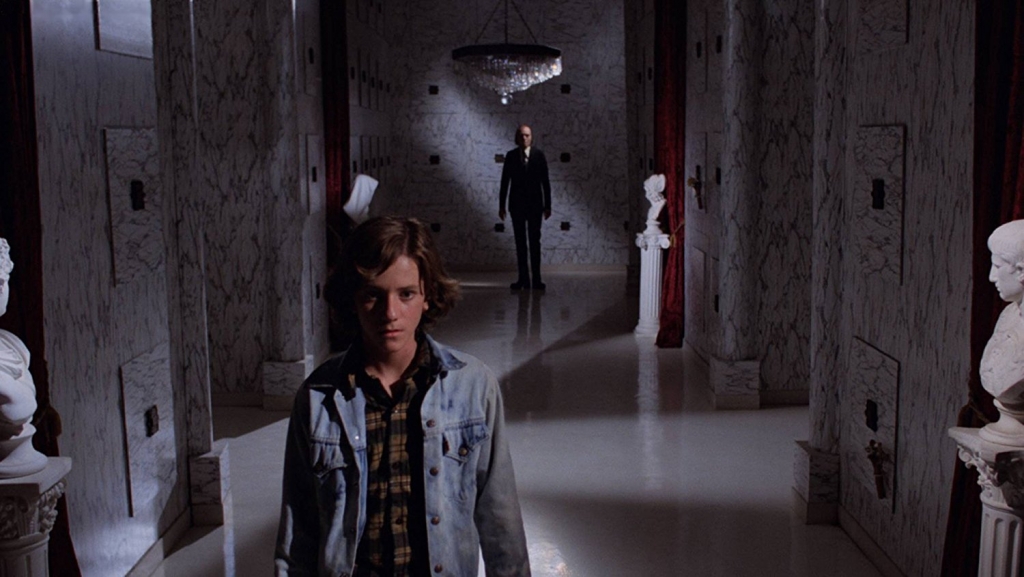 This week, we’re paying homage to a horror classic. And while nearly perfect the way it is, one small change would have easily made Phantasm the best horror film for children of all time.

When you get right down to it, Phantasm is in fact a kid’s movie — filled with a bunch of things that fuel nightmares of children around the world. There’s just one problem: gratuitous nudity.

The film literally opens with a bare breast as a man is stabbed in the cemetery late at night. We then jump to a young Mike Pearson riding his dirt bike through the same cemetery and spying on a funeral from the bushes. Suddenly, a creeping little monster catches the corner of his eye, and he also witnesses the Tall Man lifting a coffin with one hand and making a grimacing face.

Take away the boobs from this opening sequence and you have everything that children fear; cemeteries, little hooded shadow figures, and worst of all, a creepy old man looking at you menacingly.

This is the type of stuff that truly terrifies children.

But most children have not seen Phantasm because of all the random and almost unnecessary nudity.

While the cemetery and the creepy old man’s stare is a big part of the fright factor, there are also tons of other things that make this stand out as a kid’s film.

For instance, when Mike sneaks into the mausoleum and is attacked by a ghoul, he escapes and chops the ghoul’s finger off. When he does this, there is no blood. Instead, there is a weird orange goo. Mike puts the finger in a box as proof to show his big brother, and the finger transforms into a flying bug monster, attacking them before being shoved into the garbage disposal. Convinced that something nefarious is going on, Mike’s brother and the ice cream man decide to go deal with the Tall Man as his band of ghouls.

If nothing scares a kid more than a creepy old man staring at them, nothing is cooler than your big brother in a leather jacket driving his hot rod with the ice cream man to go kill the creepy Tall Man.

Phantasm is a visually stunning with tons of great, truly bizarre ideas that somehow manage to all work in a really cool way.

There’s a reason it’s beloved by genre fans. However, I can’t help but think this could have — and should have — reached even greater legendary film status, tapping into the hearts and minds of a much wider audience.

With a few quick edits, this film could have gone from a cult classic, drive-in oddity to a household name like Poltergeist or The Gate.  As it stands now, this is a fantastic film and a true horror classic.

If you haven’t seen it, or if it’s been a while, you can check out a remastered version available for free today on Tubi.