Slow pacing and insipidness dampen what begins with good tone and suspense; strong symbolism couldn’t make up for the lack of flare. 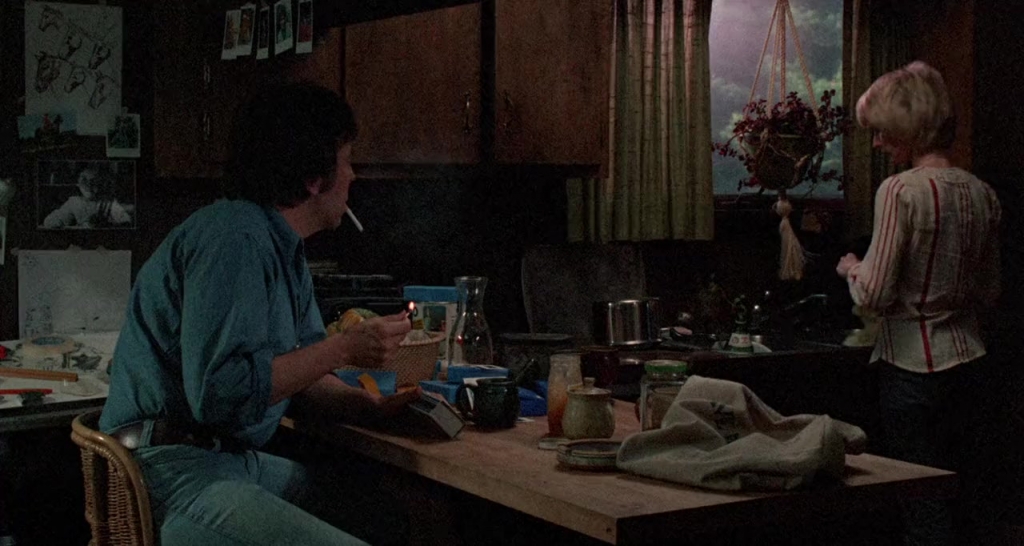 An artist who moved to the woods to be inspired tragically kills a young girl and a curse is laid upon him by her Grandfather. Let’s dig into 1976’s “Dark August”, directed by Martin Goldman!

The story is the type that really roots into your psyche because it’s possible. The tragic death of a young girl who wandered too close to a backwoods road. Just like when The King ripped our hearts out with Pet Sematary when Gage stepped in front of that speeding truck. These are the feelings that real horror is made of.

Working from that base, the filmmakers of Dark August are ahead, and they do a good job of setting a tone that is filled with dread and despair, especially with the rhythmic and hypnotic incantation in the opening.

This isn’t a monster film or one filled with gore and jump scares. It’s an exploration of the mind and human emotion on the two sides of tragedy: the perpetrator Sal Devito (JJ Barry) and the grief-stricken Grandfather (William Robertson).

The druid-like stalker that is summoned upon Sal by the Grandfather is a great device to keep the suspense, but it never feels threatening enough. 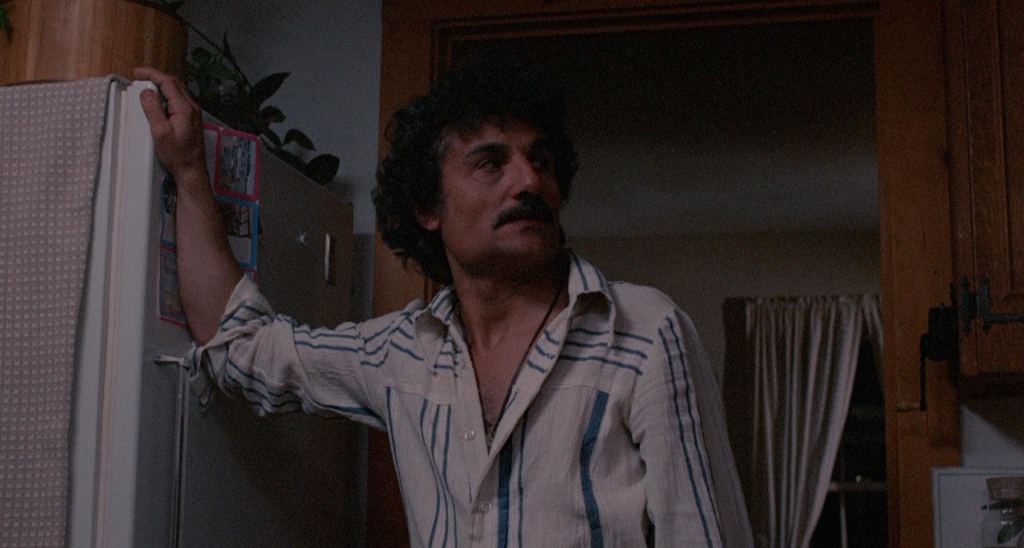 Overacting allays the impact of the effect of the curse upon Sal, as his guttural groans and maniacal laughs don’t ever seem to do more than inconvenience him.

Kim Hunter’s ritual scene where she tries to change the curse on Sal into a blessing could have used some research, as its faith was all over the place. Tarot cards and Our Father’s and witchy spells aren’t normal bedfellows. Still, it was an enjoyable scene with a surprising conclusion.

I can’t say I disliked the film, but there was never enough to chew on. And the end — though rife with symbolism — didn’t do it for me.

Kim Hunter, who plays the witchy Adrianna who does her best to cleanse Sal of the evil curse, won an Academy Award for her supporting role in A Streetcar Named Desire (1951) alongside Marlon Brando. And for genre fans, she played Zira in the seventies Planet of the Apes films.

A rare example of a real-life husband and wife performing a sex scene leaves this section grasping at air. Though an over-the-top and cheesy moment, the scene itself did serve the story as it was meant to show Sal in a fit of pain administered by the old man’s curse. 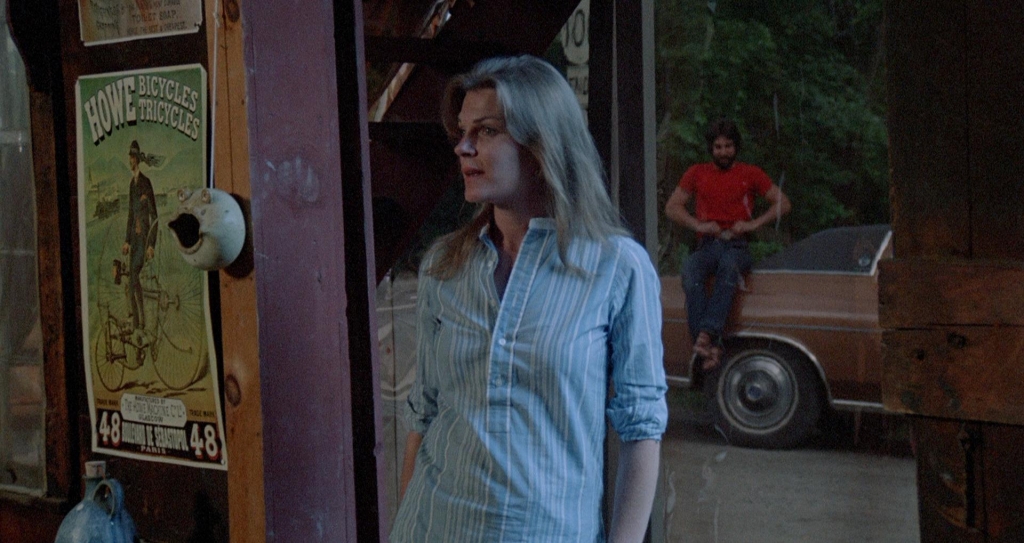 Star JJ Barry reminds me of Dayton Callie (Sons of Anarchy, Deadwood) so much that my brain can’t separate the two. The whole time I watched I had to constantly look back at the credits to make sure it wasn’t him somehow. His voice, his mannerisms; they all match. I love me some Dayton Callie, and it made the star here more endearing. A solid performance from JJ Barry was heightened by my mind’s own trick.

It’s a very Stephen King-like story, and one that deserves a heavy hand in the writing room. Symbolism, allegory, metaphor all need to be punched up as you delve into the darkness of your soul and allow it to be punched into the page. Otherwise, it’s not worth exploring this type of tragic material.

Arrow Films released a Blu-ray in the set American Horror Project Vol. 2 along with Dream No Evil and The Child, which you can also stream from their own service.