“Ghost Town” is slick looking with decent effects, but that can’t make up for a languishing story that feels unfinished and unfocused. 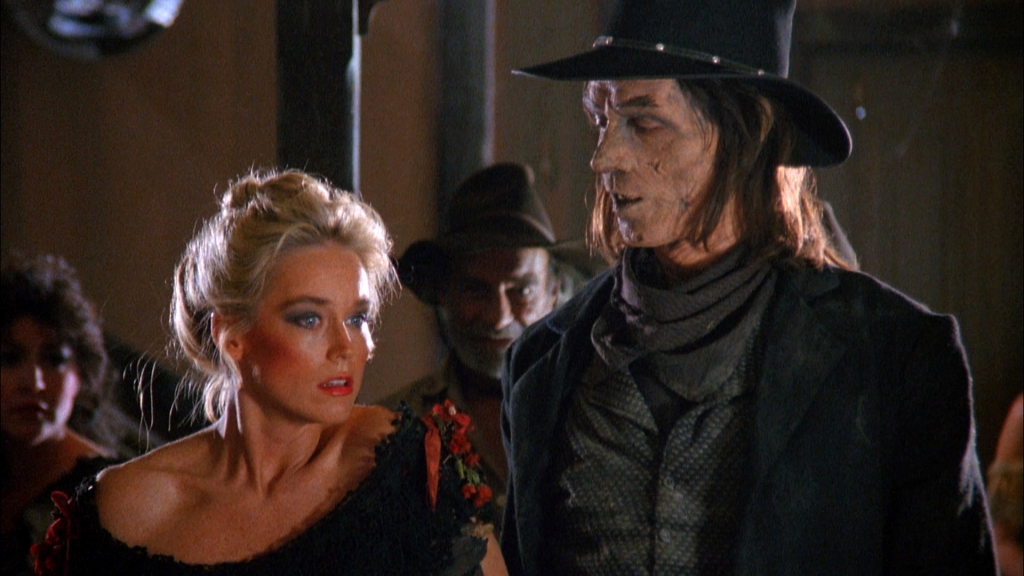 A deputy searches for a missing girl and finds himself transported into the past in a desert ghost town. Let’s dig into 1988’s “Ghost Town”, directed by Richard Governor, or Richard McCarthy, or David Schmoeller, or Mac Ahlberg… it’s very confusing.

I’ve had this Blu-ray sitting on a shelf since I bought it as a new release, so I figured it was time to give it a go. I was hoping for the extras that Scream/Shout Factory is known for spoiling us with, giving their all to put out penultimate releases, but this was a rare exception. There’s nothing besides a trailer.

Fine, let’s focus on the film.

It’s a Richard Band production, which personally is hit or miss but with a lean towards hits.

The imagery is strong, and there is no doubt you’re watching a hybrid western. The plot is interesting, but the promise never makes it to celluloid. 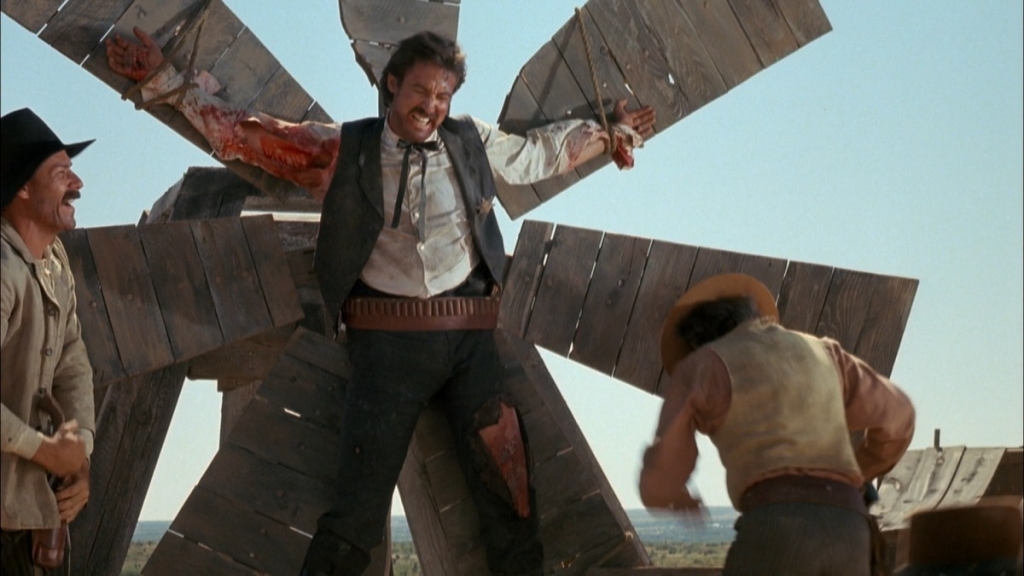 Whisked off by a sandstorm, a girl (the beautiful Catherine Hickland) on the run after leaving her husband at the altar becomes our Princess in the castle. A rugged, jean-wearing deputy (Franc Luz) investigates. After being shot at, he stumbles on a ghost town whose residents are some past menaces.

There is decent makeup (and a partial burn) and a great bad guy, but most of the time I don’t really know what’s going on. Not because it’s so complex. It’s as dry as the desert it was shot in.

For some reason, only antique bullets work on the “ghosts”, which is an inexplicable rule, and just a small example of poor screenwriting. It’s screenwriting so poor and frequently changing that, after firing one director, the next director walked off before finishing the film, which supposedly left Cinematographer Mac Ahlberg to finish up.

Jimmie Skaggs, who plays a pretty great villain (Devlin), was featured in another Charles Band production, the iconic Puppet Master (1989). 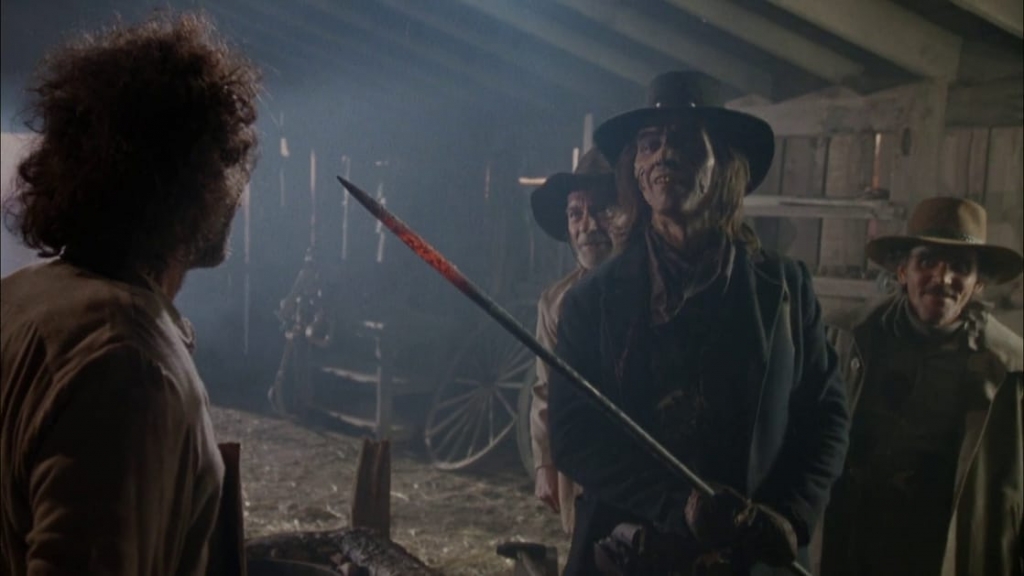 In yet another example of poor writing or switching the script as they were shooting, there was no reason for two love interests other than to make Etta’s death a little more impactful.

Franc Luz is rugged and believable as a leading man. He did find himself in a few successful films, including the rom-com When Harry Met Sally and Don Juan Demarco, alongside Johnny Depp.

It’s not a bad story as an idea, but it deserves a little more fleshing out to be worthy of filming. It’s hard to knock DIY, bootstrap filmmakers like Richard Band, but sometimes things get forced when money is so tight. The result is but a fraction of the potential.

Scream Factory released a since sold-out Blu-ray with scant extras.