A creepy and vicious slasher, “The Stepfather” will make you think twice about the family members sitting across from you this Thanksgiving. 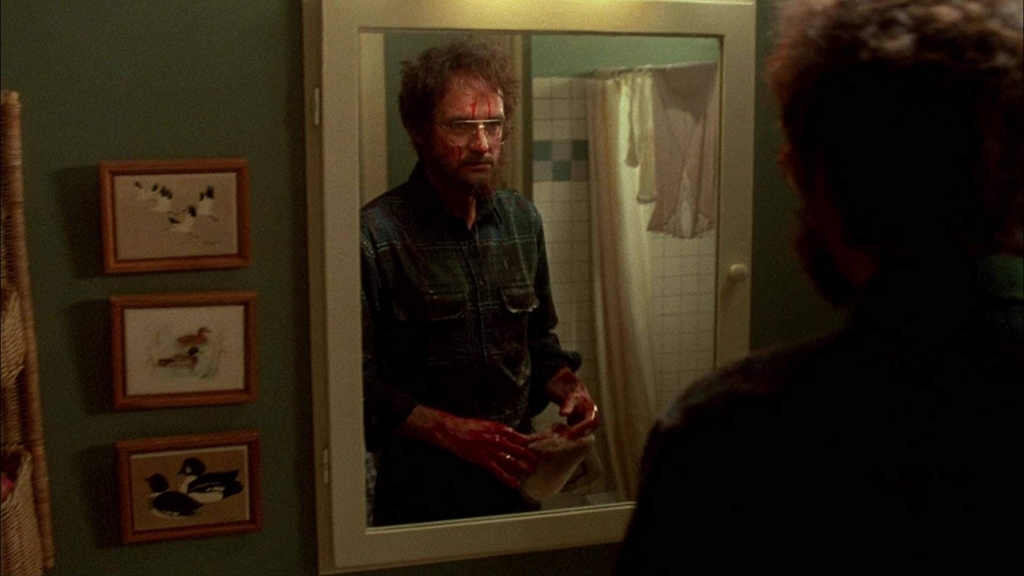 An austere family man murders his way through families trying to find the right fit for his uncompromising standards. Will sixteen-year-old Stephanie and her Mother make the cut! Let’s Dig into 1987’s The Stepfather, directed by Joseph Ruben.

The opening of this film is one of the best of any movie I’ve seen. It’s not the brilliance of Bridge of Spies (2015) or the shocking violence of Ghost Ship (2002). But the no frills straight forward message portrayed, showing exactly who we’re dealing with, is what makes this so effective.

When Jerry, played by Terry O’Quinn, descends the stairs to reveal his family massacred and blood covering the walls, there is no ruse; no attempt to cover our eyes before revealing the monster that lurks throughout.

Jumping a year later, Jerry has a new family and new victims. With absolutely no frills storytelling, we move through the beats and become endeared to his new step daughter Stephanie, knowing that sooner or later we’re going to have to cheer for her to survive.

A clever B-story is the catalyst for Jerry’s descent back into madness, as his former brother-in-law, Jim Ogilvie, is on his tail to avenge the death of his sister, Jerry’s late ex-wife. Sadly, it is wrapped up rather abruptly, which is an emotional disappointment as Ogilvie wasn’t able to be the knight in shining armor we expect him to be.

Stephanie shines as the final girl of the film and looks a bit like a cross between Phoebe Cates, Jennifer Connelly, and Boof from Teen Wolf.

A highlight-worthy scene of Jerry breaking through a mirrored door caps off a tense climax for a film that will likely become an annual watch for you and the whole family. Happy Thanksgiving, Spooky Kids! 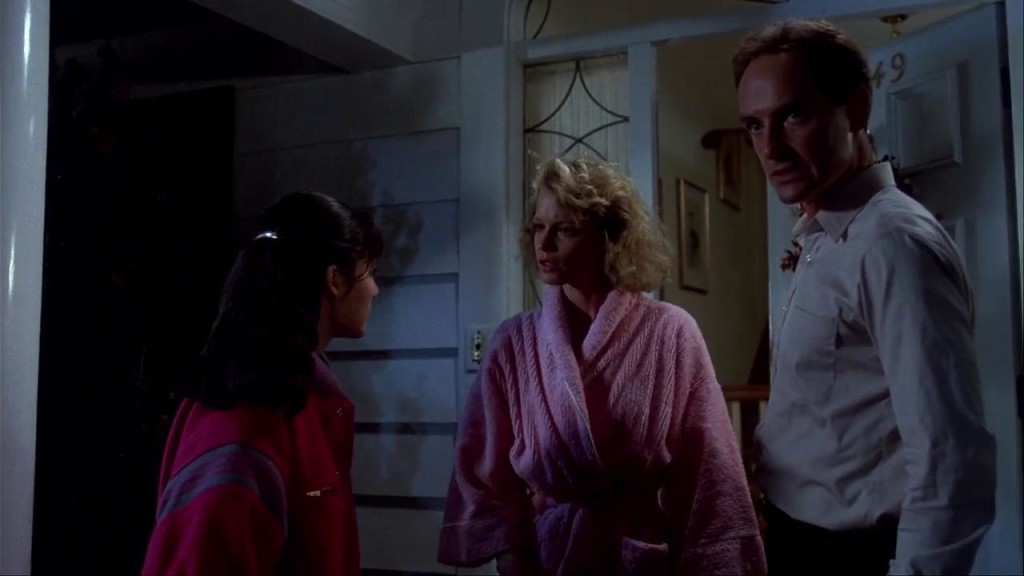 I’m not up on whether this could even be lawfully filmed today, but I don’t think it matters much. The shower scene toward the end of the film would one hundred percent not cut it on screen today. Stephanie, played by a 23-year-old actress, is depicted as 16 years old. It’s a most unnecessary scene and a true act of gratuitous nature that only seemed to serve someone’s desire to see Jill Schoelen naked for a day of shooting.

Stephen Shellen as the amateur sleuth Ogilvie is the quintessential heartthrob and can only make your heart hurt when he meets his fate. 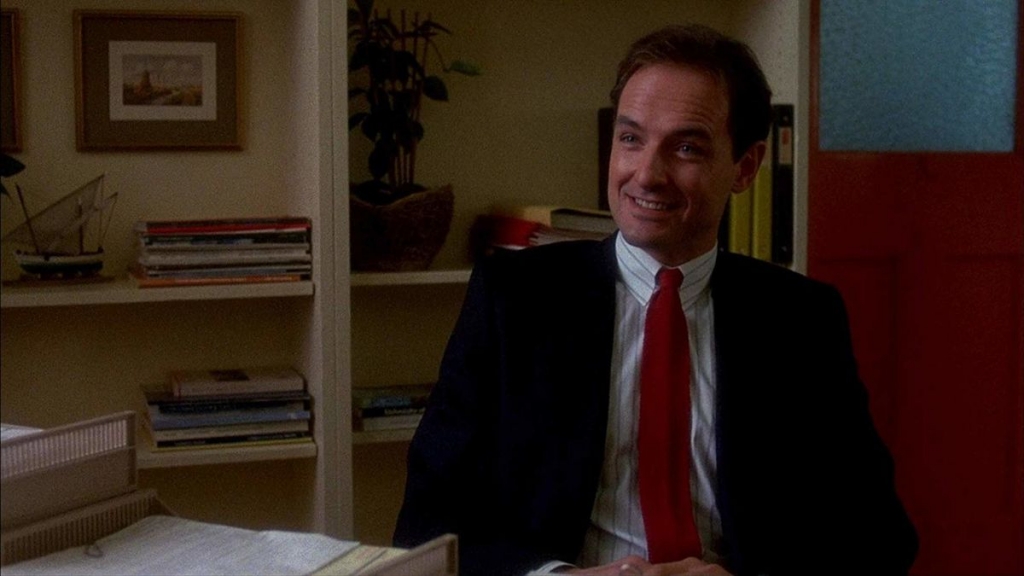 I have not caught the remake, and I don’t plan on it. Maybe you could tighten up some spots and gives this a polish, but it’s a timeless story that doesn’t feature anything that dates it beyond the score and clothes. It’s best left as is, and I’ll keep ignoring it has already been regurgitated.

The Stepfather sparked two sequels, one of which brought back Terry O’Quinn, as well as two remakes: 2009’s The Stepfather and the Bollywood rendition 24th Street (2009).

The Stepfather is available to stream for cheap on Amazon or on Blu-ray at Shout Factory.