“A Record of Sweet Murder” is a quieter effort from Japanese goremaster Koji Shiriashi about a desperate killer trying to alter his reality. 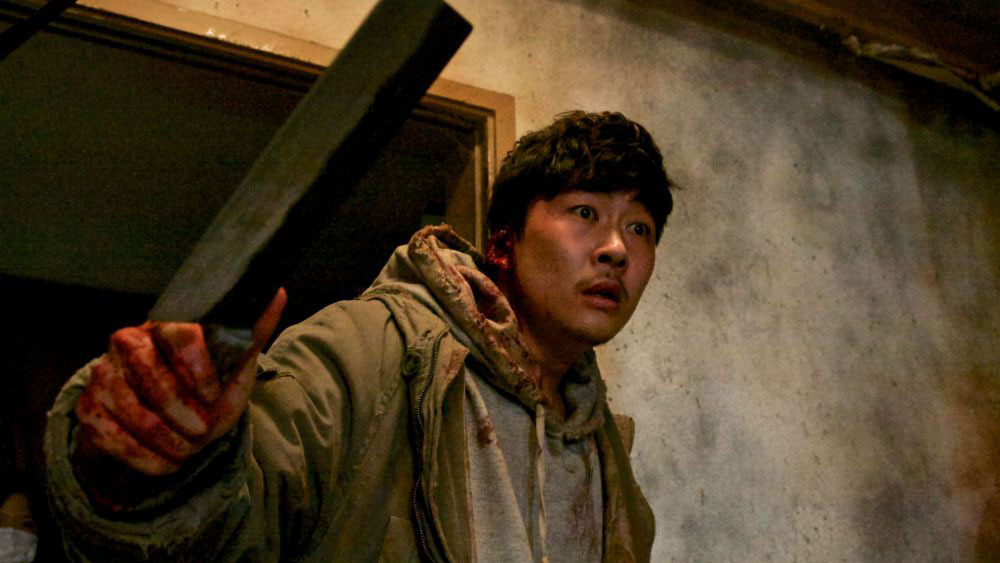 One of the newest releases from Unearthed Films is this unconventional and fascinating chamber piece by director Kōji Shiraishi, director of Noroi: The Curse, Grotesque, and Carved.  It will appeal to a number of exotic horror tastes, although this one wrenches the mind more than the gut.

Not only is it a found footage movie (love ‘em), but it is a movie shot in one continuous take. Innovative, even if it really wasn’t filmed that way and just edited to look like it.  Shiraishi wanted it to look that way, and that is what matters. The killer constantly demands that the cameraman keep filming, which removes the element of cinematic editing. This gives it a little extra push towards realism.

Using a cast of five people and a location of one room, Koji Shiriashi effortlessly guides us through the doomed exaltations of one murderous mans’ mind. 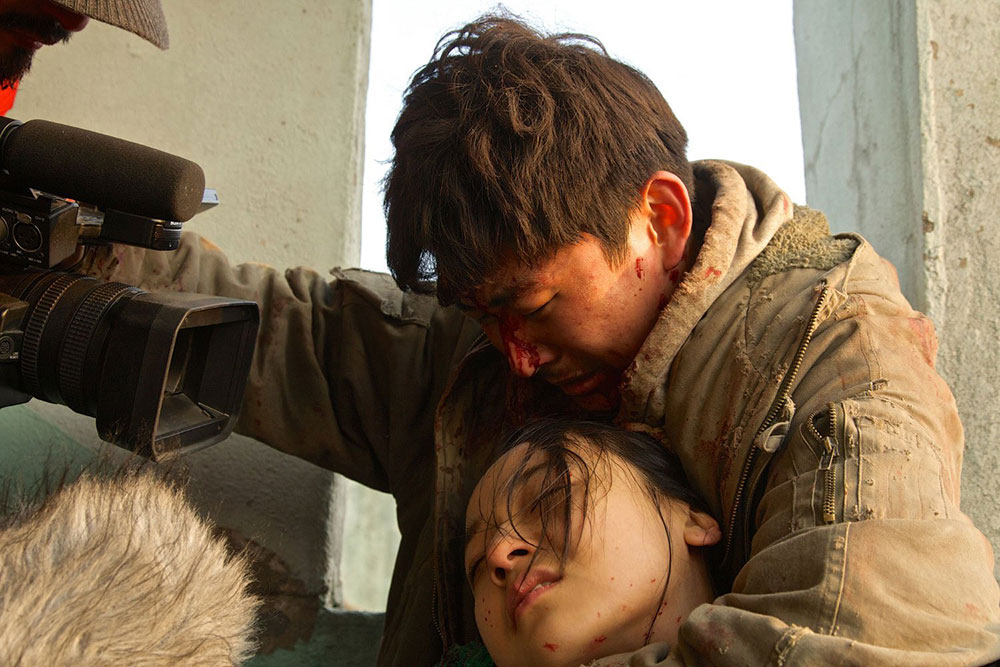 In A Record of Sweet Murder (made in 2014, released in 2019), mental hospital escapee and serial killer Sang-joon (played by Yeon Je-wook) arranges for an interview specifically with reporter Soyeon (the buoyantly-named Kkobbi Kim), and her cameraman (Shiraishi himself). Once Sang-joon leads them into his hideout, he holds them hostage at knifepoint.

We soon learn that Soyeon is hatching a far-fetched plan to right a long-ago wrong. Sang-joon believes God talks to him, and has saddled him with this homicidally holy and outlandish mission.

Two victims are never enough, so a few others are literally pulled into the storyline. Confused and bursting with psychotic and paranoid energy, Sang-joon reveals two previous victims he had tied up on the floor in another room. Part of his mission is to find two people who share true love with each other, and the dead couple failed miserably. 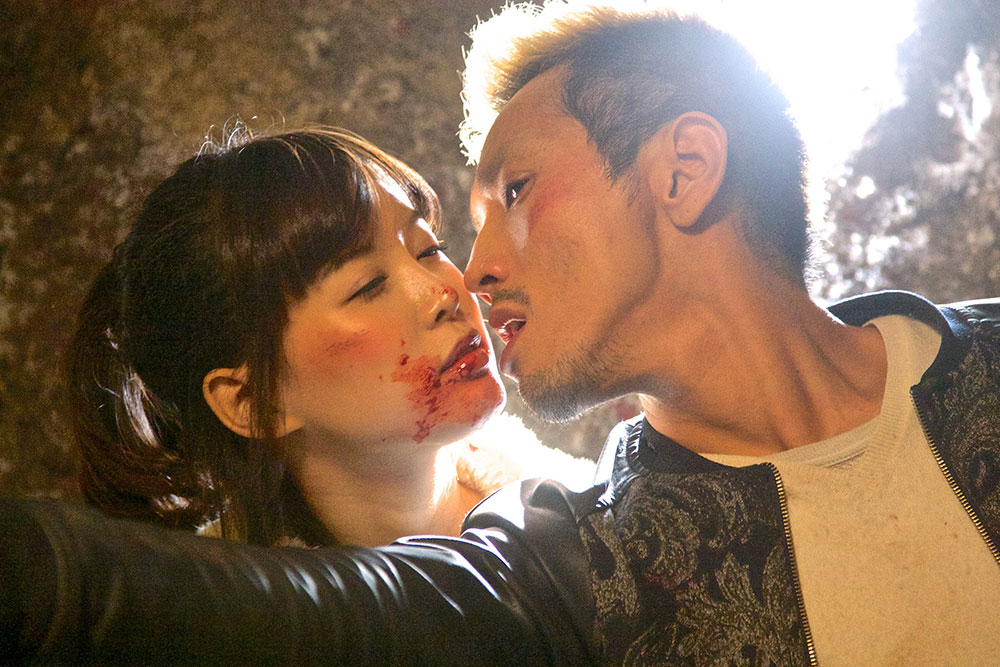 Then a bizarre honeymooning couple happen to (yep just happen to) show up at the urban-blighted ruins where Sang-joon is hiding. The couple are played by Roytaro Yonemura, and AV idol/gravure model/pop singer Tsukasa Aoi. He puts their love to the test, and they pass, but not in the way you might expect. As things spiral out of control, Sang-joon and his prisoners encounter a series of coincidences that he molds into being messages from God.

The more blind you go into this one, the more you will see when you watch it.

Asian horror (J-horror, K-horror, Thai-horror, couldn’t find a cute name for Chinese horror) has an impeccable record for energetic actors, heart-freezing atmosphere, smart and original stories, and punchy, wet violence. Yeon Je-wook steals the movie with his desperate and crazed performance. He keeps us on an impossible balance of intimidation, sympathy, and comedy. I would wager that how he rubs off on you would depend on your mood. 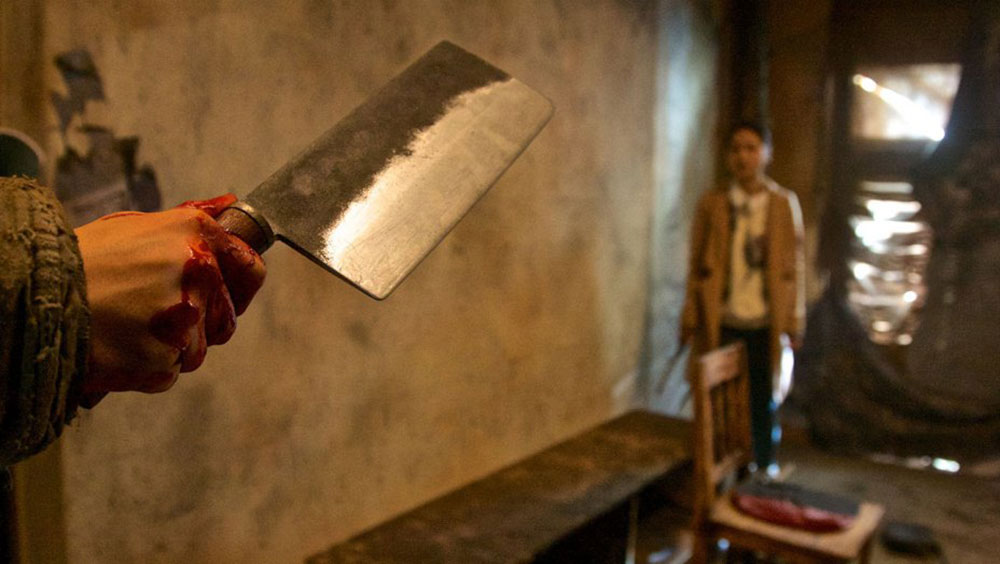 The story gets dense and mobile once the concluding chaos begins. One of the great things about Asian horror is that deaths are unpredictable. With a few exceptions someone can cover in another article, Asian horror isn’t tied down to “rules”. Western horror movies made them accidentally and still clutch onto them tightly most of the time, and there isn’t even a need to make horror with “rules” anymore.

Concluded with an ingenious mishmash of time-travel and determinism, A Record of Sweet Murder is a red carpet into the final looped moments in the life of a love-starved serial killer desperately trying to find his cosmic truth.

What I found very impressive was the blend of psychological and physical horror and how truly dangerous and unpredictable Sang-joon was. 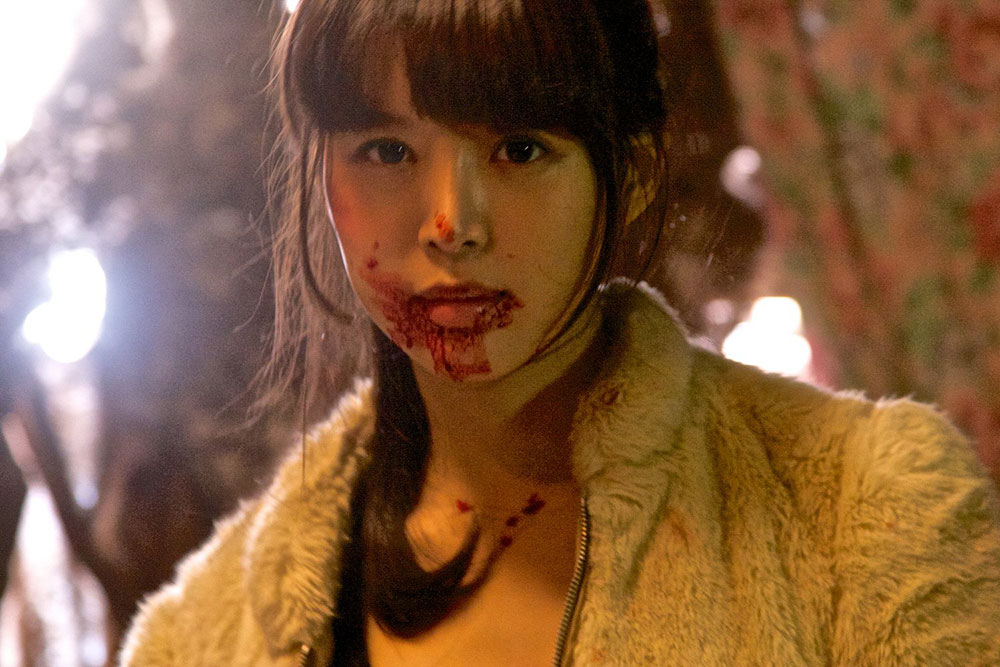 Being immersed in a found footage format makes it feel like you too are in danger as he maniacally screams, weeps, and threatens. Movies with this type of construction can be captivating if done right, and Koji Shiraishi did such a convincing job that it doesn’t even feel like a fictional horror movie.

If you are in the mood for something quiet and not in the least bit tame or boring, give this sweet little record of Asian horror a try.