Larry Fessenden’s newest film “Depraved” is a hauntingly beautiful yet horrific and heartbreaking look at a modern-day Frankenstein.

Mary Shelley’s tale about creating life after death continues to fascinate audiences, who relate to it even after 200 years. Told through the eyes of The Creature, Adam (played brilliantly by Alex Breaux) the newest adaptation of the classic story is a soulful, disturbing, and heartbreaking tale, that will leave you wanting more.

I have loved every version of Frankenstein that has ever been made, all the way back to the original Boris Karloff film. When I was little, I watched it over and over since it played a lot on TV. Each time, I cried for the misunderstood creature and wished that the townspeople could realize that he didn’t mean to hurt anyone.

So, this weekend at the Portland Horror Film Festival, I had the honor to see an adaptation of Frankenstein that has now gone to the top of my favorite list. Depraved was incredible!

Larry Fessenden has created a very different version, that continues to break my heart and brings the classic story into the modern world.

The film begins with a sweet couple who plan to move in together. Lucy (Chloe Levine) and Alex (Owen Campbell) are a typical twosome, both with separate lives and needs, but obviously in love. Lucy starts talking about what a great dad he would make; something Alex is not ready to think about. After a huge fight, Alex takes off, walking in New York at night, which right there is not a good idea.

While distracted by his phone, he is attacked and brutally stabbed. When he wakes up on an operating table feeling like crap, he finds he is covered in stitches. And when he looks in a mirror, he doesn’t have any idea whose face is looking back.

Because we all know the story, it is obvious his brain was placed into this mismatched, stitched together bunch of body parts. Flashbacks of his girlfriend invade his thoughts as he struggles unsuccessfully to make sense of what has happened. With no other memories except the random ones flying through his head, he is born again, but not by his choice. The story is unfolded through his confused eyes, and we feel every overwhelming thing just as he does.

Right from the beginning we mourn for the loss of the sweet love affair.

Lucy has no idea what happened to Alex, and he will never be able to tell her. When our Dr. Frankenstein, Henry (David Call), arrives back home, we meet a medic who served in Iraq and has PTSD. And as far as a damaged brain is concerned, he is much like the creature he has stapled together. His first reaction after seeing his masterpiece come to life is to think of a name: Adam.

This is new. No one has ever given the creature a name. Usually rejected immediately by his father, Adam is now treated like a darling son. He is read to, played with and cared for by Henry. Watching them read children’s books and play ping pong, there is the hope that this creature can find a place in the world. Though difficult to take care of, Henry does his best to nurture Adam. 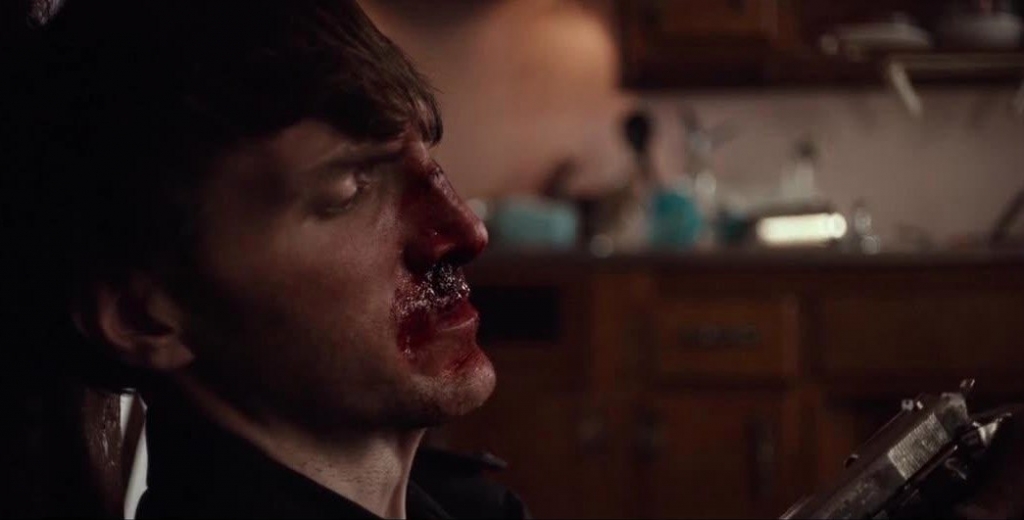 That fleeting hope is dashed when we meet Polidori (Joshua Leonard), Henry’s partner and financial backer. He is not a nice guy, and he just wants to find out what his new toy is all about and what he’s capable of. The reason for the experiment is to create a new drug, and Adam is basically just a test dummy.

The things Polidori teaches him makes him mature faster in some ways. But psychologically, Adam will always be like a toddler, full of needs and lack of impulse control. When he matures to the point of wanting a girlfriend of his own, this becomes a dangerous scenario — one that, as in any Frankenstein story before this, I was hoping would not go terribly wrong.

The dreadful and heartbreaking moment that Adam sees a recording of the surgeries and realizes he is a stitched together monster was powerful. I couldn’t help but cry. When he realizes that Henry and Polidori plan to end the experiment, this rejection absolutely destroys him. And Adam runs, to try to find a way to have a life of his own.

As I said, I loved this film. The stellar performances from Alex Breaux and David Call took it to a very deep, dark and emotional place. The SFX makeup was so beautiful, every gory stitch and staple telling a story of its own. The digital flurries of light showing the brain in action with synapses firing was a gorgeous and a very unique touch.

Even with a low budget, Larry Fessenden has created a film that is every bit as good as a Hollywood epic. 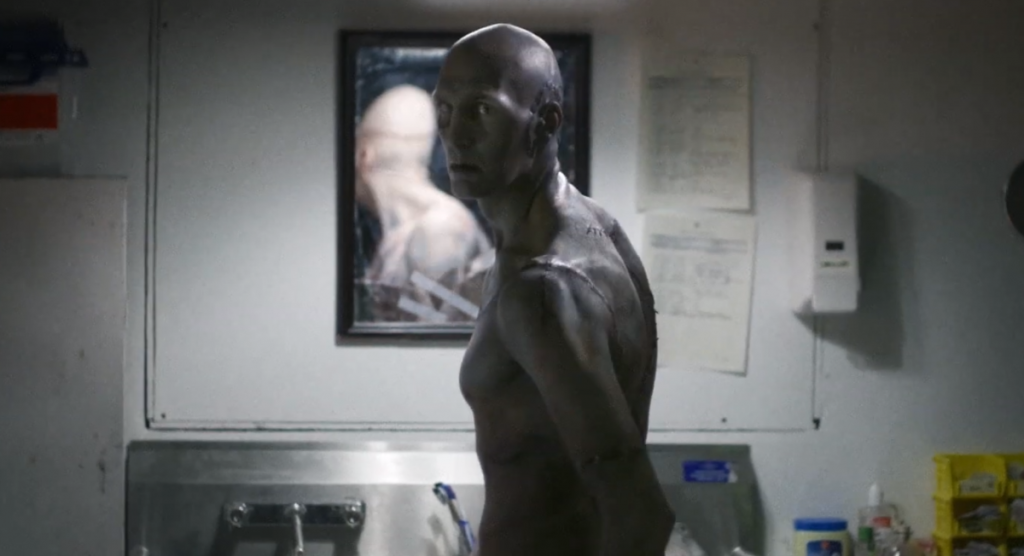 Depraved manages to tell more than just the Frankenstein story, by exploring many modern scenarios. In a world controlled by social media, we must watch out who we are friends with. And walking down a street alone at night is just not a safe place to be.

Young people now are used to instant gratification — much like Adam, who wants what he sees others have…and wants it now. His need to be accepted just like he is, is timeless. It is every person’s desire, no matter what the decade.

Depraved will leave you thinking and talking about it, long after its finale.

Depraved has been screening at selected film festivals and hopefully will be available to the public soon! For more information on when you can see it, go to the DepravedFilm.com website, the GlassEyePix Facebook, <a href="https://www.instagram.com/GlassEyePi