We continue our look at the found footage anthology series V/H/S series by rewinding to the much-maligned third entry: 2014’s “Viral”. It’s almost time for your YouTube video to upload. You’ve got all the footage edited and complete. You re-watch the footage to make sure all the victims that died on-camera look good, so your stardom can rise. You say to yourself, “Where is my snickered flat brim Yankees hat?” Obviously, it’s located in your truck to match your truck nuts and your “Boss” and “Champ” stickers. Before you send the video, you remember to thank all your fans for sticking with you through all the exploited content you’ve provided because, of course, you’re a man of the people.

If you could become the real Cris Angel, and float to the moon by way of the dark emo arts, then by God you would. But maybe you’ll just become a homicidal maniac instead. 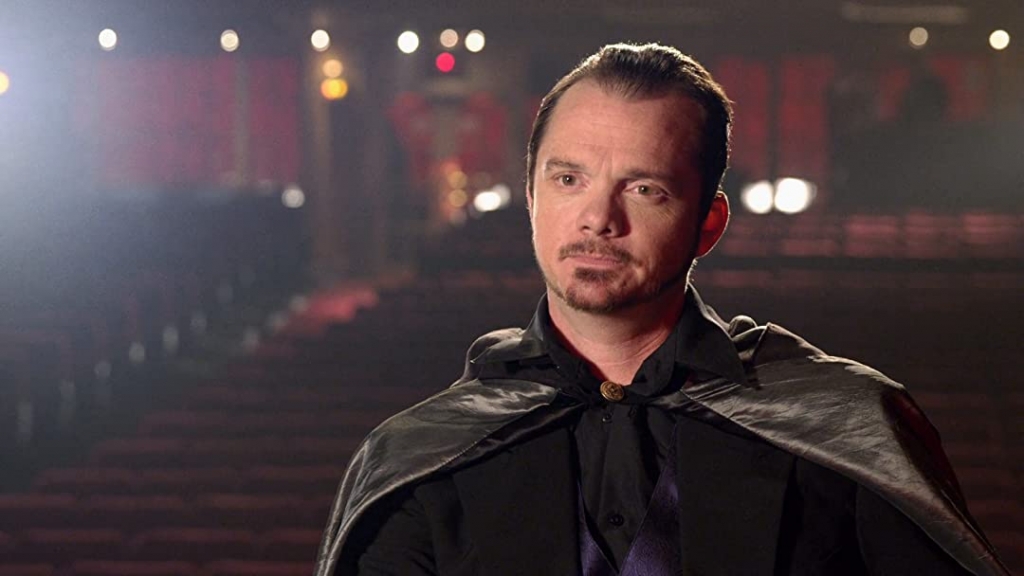 You would think standing on the edge of a bridge, leaning over without support, would keep you leveled. But, of course, gravity. Hopefully, this fine gentleman of society got his footage before eating a pavement skillet sandwich. Maybe this footage will get him that fame he would kill for.

Elon Musk, Jeff Bezos, and most likely the lizard alien Mark Zuckerberg, have the means and funds to time travel or visit different universes. I’m intrigued to know what Zuckerberg’s parallel self would be like. Maybe someone with a personality? Do they blink? They don’t shed skin in the heat? The possibilities are endless. Maybe the crotch monsters in this universe destroy the bad eggs? Or are they all evil?

If I was on death row for a mass-murdering spree or some other heinous crime, I would never EVER harm an animal. Now, would I commit another murder spree if you killed or harmed my animal? You would be crucified, torched, and pissed on, to say the least. What this man did to avenge his said sweet puppers is beyond warranted. 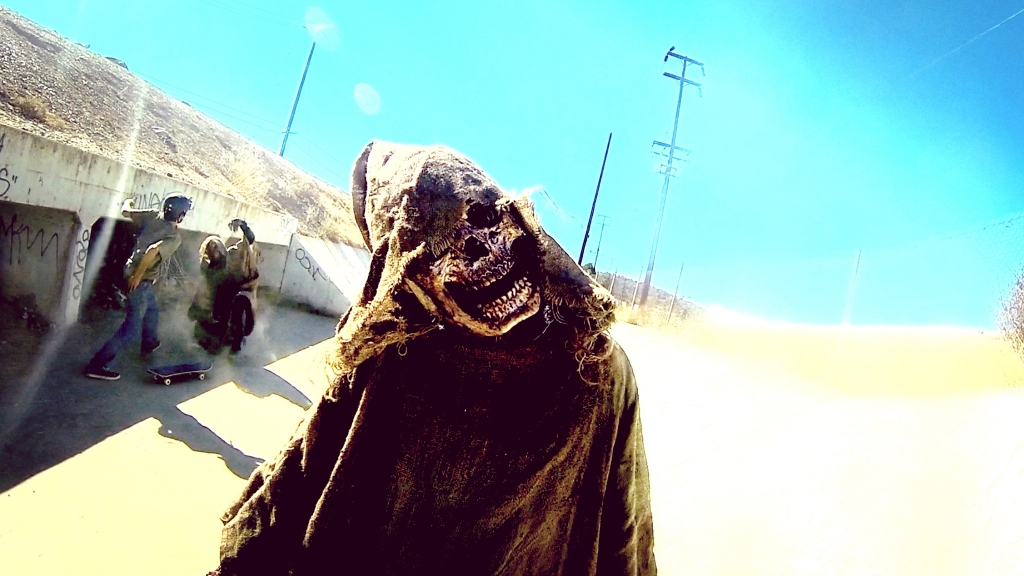 Tony Hawk would be proud of these fellas, hittin’ their sick nasty flip tricks. Hittin’ a rad Ollie off a desecrated corpse. You know, the usual activities teenage skateboarders do. Día de Muertos is a sacred thing in Mexico. Unfortunately for these kids, they don’t listen and disturb the peace of the dead. In doing so, they alert some sort of blood cult God servants to dispatch a couple of them, while leaving the rest to fend for their Red Bull drinkin’ asses.

Kevin is still trying to chase the truck that is holding his girl hostage. He makes a failed attempt to grab a taxi that happens to be in the middle of filming a very explicit Taxi Cab Confessions episode. Luckily, the actress they hired has other plans for the disgusting dweeb directing it. 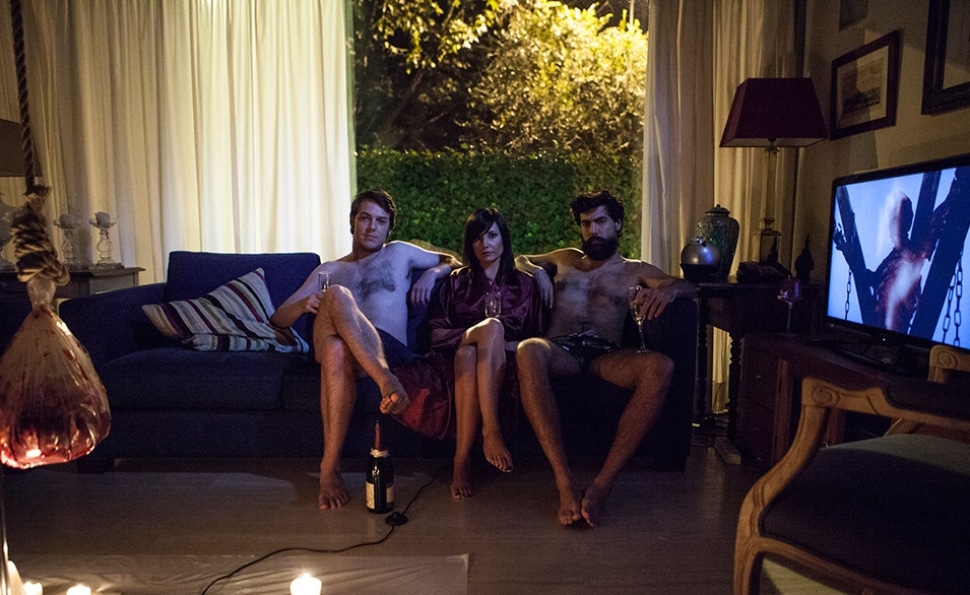 Kevin reaches the van abandoned in the Los Angeles River, back door open, inviting him inside with intercom footage speaking right to his soul. Upon entering, what he discovers — and the choice he has to make — opens up a world of possibilities for what happens next.