“The Accursed” is a female-driven supernatural horror film about a deadly, ancient family curse. It aims to terrify. Does it deliver?

THE ACCURSED  landed on digital November 2021. Read on to find out if you should Rent it, Stream it, or Skip it.

Witches are fucking scary. There, I said it.

The soundtrack of The Accursed consists mainly of a constant drone of unease, like a grounded bass for the cackling counterpoint of awful goings-on designed to burn you slowly from the first mention of “gifted women” from the Balkans setting up shop in America to the utterly terrifying conclusion, at which point the soundtrack decides to mess with you in the worst way as you realize you’re completely on fire.

I did not like this movie. I will not watch it again.

That said, The Accursed is absolutely scary, and you should absolutely watch it. It’s the type of scary that Stephen King would have classified as the purest kind of fear: that of “Terror”.

If you’ll recall, the lowest form of fear is “Revulsion”, or the classic “gross-out”.

There is plenty of Revulsion to be found in The Accursed, from severed hands to brutal kills, creeping vines to weeping wounds and unearthed bones.

I’ve seen a few horror purists bemoaning the use of CGI like that used to get the tendrils of thorns that play a central role in the film moving around, but to such naysayers I say phooey.

I would simply remind them that we once lived in a world of clunky stop-motion animation and cheap camera tricks that turned pet shop lizards into dinosaurs, much of which said purists look back on with fondness, so put a cork in it, eh. No, the CGI isn’t groundbreaking, but it is serviceable and keeps the action moving forward.

And what practical effects there are…are effective.

As for the second level of fear, “Horror”, it’s as in your face with the jump scares and relentless stalking as any good slasher or creature feature. 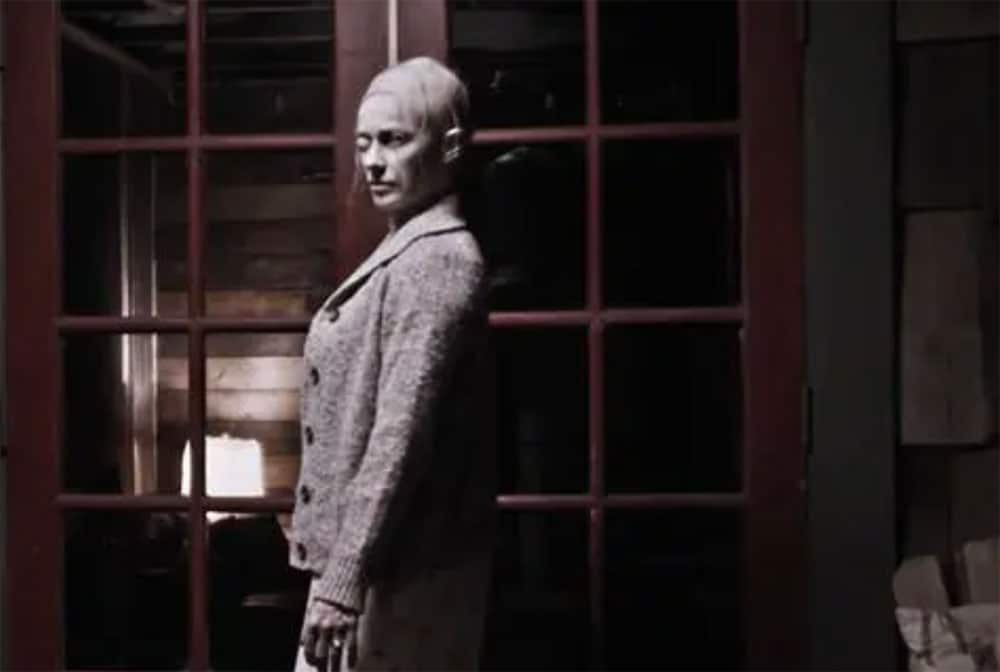 While The Accursed is definitely a slow burn, there is a turning point in the third act during which the stops are pulled out and we start to get caught up in the action and dread right along with the characters.

Is there anything freakier than a pissed off, naked, undead witch chasing your ass around? I submit there is not.

And I’m telling you, you’re in for some heart palpitations at the end. As for “Terror”? Terror is thinking about the movie long after the credits have rolled past.

Terror is where the filmmakers of The Accursed cast the bulk of their lots, and all the better for it. 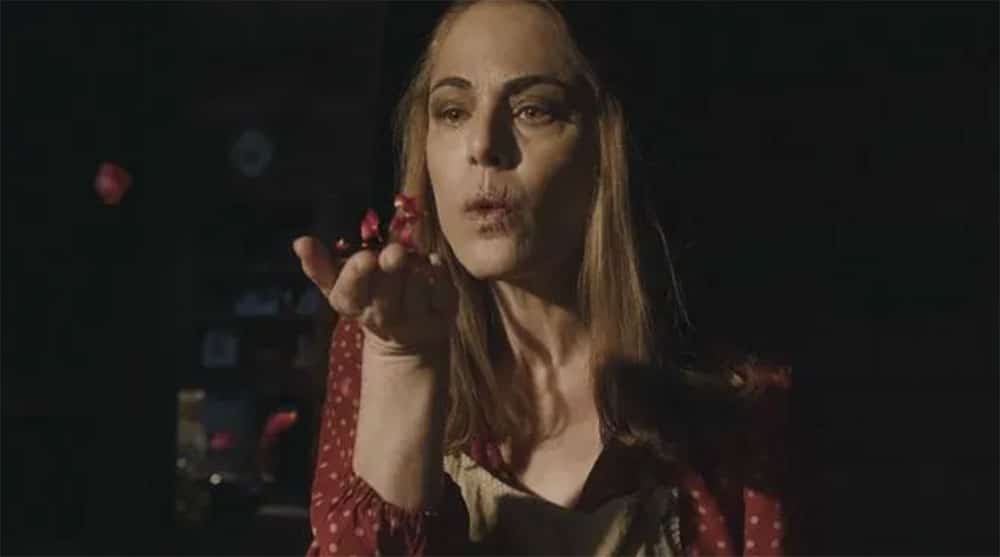 No, I won’t be watching it again anytime soon, but my mama didn’t raise no fools.

Most of the scariest movies I’ve seen I only needed to watch once or twice. Most of them were slow burns, and most involved demons or witchcraft.

Part of living in a society built on Puritanical religion with a smattering of Catholicism and other religious traditions all putting in their spiritual two cents is that the supernatural can be exploited to great effect in media, especially anything involving people’s eternal souls.

The idea that someone can not only curse you and your family while you’re here on earth but that they can redirect your actual soul, the part of you that is inextricably you, to somewhere besides paradise or at least a peaceful rest after your death is exquisite nightmare fuel.

The Accursed explores these dark themes to profound effect and leaves the audience with the same sense of unease it spent the whole length of the feature building up.

And the acting is excellent, carried by wide-eyed Yancy Butler (this year’s Boogey-Man, Witchblade), ridiculously pretty Izabela Vidovic (iZombie), and perfect everyman George Harrison Xanthis (Deep Water, American Crime Story) whose character decides to get married at a witches compound protected by sentient thorns and beset by a family curse; I mean hey, what could go wrong?

I really don’t want to give anything away because I’d like you to experience the same shitting of pants that I did. But if you do choose to watch it, make sure you’re not driving or operating heavy machinery.

Jesus wept…and just so you know, I wouldn’t waste my favorite Stephen King non-fiction nugget on an unworthy film.

RENT IT, STREAM IT, OR SKIP IT?
RENT IT. Definitely check out The Accursed. It’s a rare horror film that actually delivers on what it promises — and what genre fans crave most — legitimate scares, heart palpitations, and relenteless tension and terror. Watch alone with the lights off for maximum effect…or keep ’em on if you scare easily. This one packs a punch.
Overall Rating (Out of 5 Butterflies)