A supernatural horror film heavy on special effects and visual style, does “Behemoth” deliver enough of the goods to be a monster hit?

BEHEMOTH is available to rent on most major platforms. Read on to find out if you should Rent it, Stream it, or Skip it.

Special effects wizard offers up a unique take on a classic concept.

For not knowing who Peter Szewcyzk was, I sure had watched a lot of the movies he had been involved with prior to his own directorial debut. His time in the VFX trenches had him working on esteemed movies like Avatar and multiple films in the Star Wars, Shrek, and Harry Potter universes.

He studied how the directors of those films approached their craft, learning what it took to be behind the camera instead of behind a computer.

Prior to attempting to tackle a full-length feature film, Peter honed his craft with short films, several of which earned him awards at film festivals. And in all honesty, Behemoth does feel like it might have started out as a short-film concept. This leaves me to wonder if maybe it would have had more impact with a shorter run time.

What is most impressive about Behemoth is that it was accomplished with a crew of only seven people. This includes the special effects and the set design. And while they cannot compare with big-budget blockbusters, the visual effects on display are actually quite well done, and certainly do not look like they belong in a movie with a shoe-string budget.

Plenty of indie features have been let down by substandard VFX work, but Behemoth certainly does not suffer in that regard. 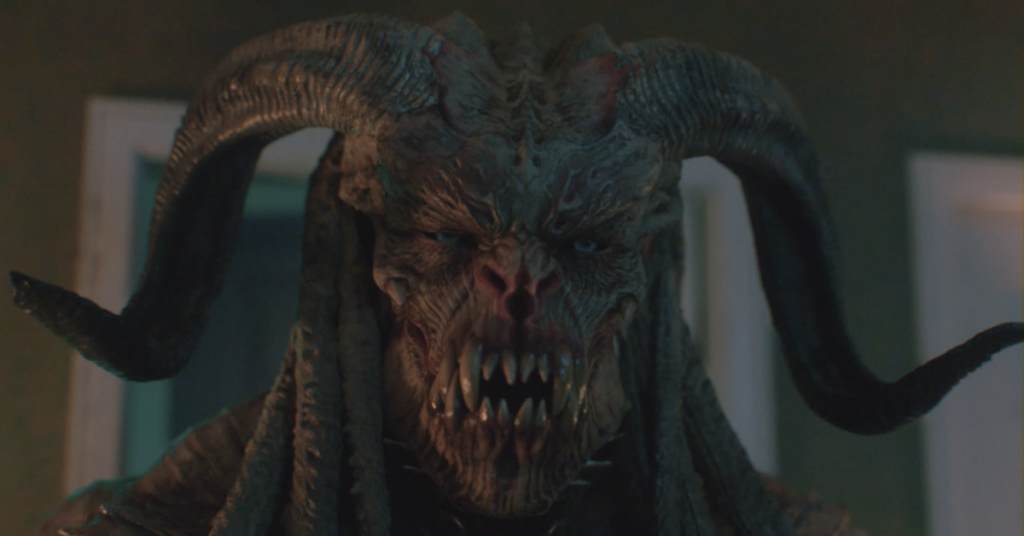 If only the story being told was on the same level.

Lots of movies and literature have tackled making a deal with a dark entity in exchange for something. That the “something” in this case is a terminally ill young girl certainly adds motive and interesting stakes. However, the movie simply uses that as the backdrop for the circumstances our main character Joshua Riverton finds himself in.

His daughter falling ill led Joshua to turn whistleblower against the chemical company he was working for, as he is convinced that their negligence is what led to her sickness. Driven by grief, Joshua finds himself confronting his old boss while protesting his former company, and things take a turn for the worst. On the run and wounded, Joshua and his friends find themselves in an increasingly bizarre set of circumstances while trying to find out what is poisoning his little girl.

Unfortunately, the movie never really establishes the relationship between Joshua and his daughter.

It’s only natural that a father would want to try and save his child at all costs, but when we only get to see them together in a single flashback, it’s hard for the viewer to feel that Josh is all-in when it comes to his child.

Actor Josh Eisenberg does what he can with the character he was given, but Joshua Riverton is kind of a wet blanket. Going from determined to wishy-washy and back to determined in the same scene doesn’t work for giving the audience someone to root for.

In fact, the heavy lifting in the family is handled by Joshua’s estranged wife Amy, capably played by actress Whitney Nielsen. 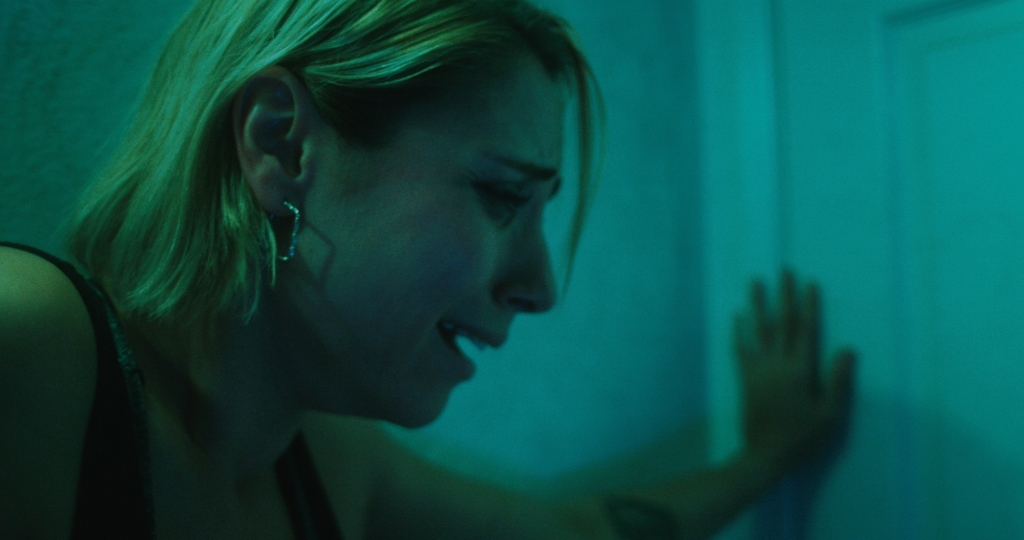 Though she is only in the movie a handful of times, and generally in the hospital at her daughter’s bedside, Amy gets put through the emotional wringer.

Anger, disappointment, sadness, and fear. Whitney Nielsen nails them all. I was left wishing she had more of a presence in the movie since she provides the emotional core of the tale.

Joshua’s friends are kind of a mixed bag as well. Keelee, played by Jennifer Churchich, has some good moments, and the dynamic between her and Joshua helped to bring some additional tension to the proceedings. But Keelee’s boyfriend Dominic, played by Richard Wagner, was definitely the weakest link. I really didn’t connect with his character in the slightest. As the trio found themselves in increasing danger, I was silently rooting for his character to bite the bullet.

The only other character with significant screentime is Joshua’s former boss, Doctor Woeland. Though he spends most of the film’s run-time handcuffed to a chair, actor Paul Statman manages to inject Doctor Woeland with fun quirks and sleazy used-car salesman vibes, making him a compelling and enjoyable villain.

For a movie with such a small crew, it certainly looks professional. 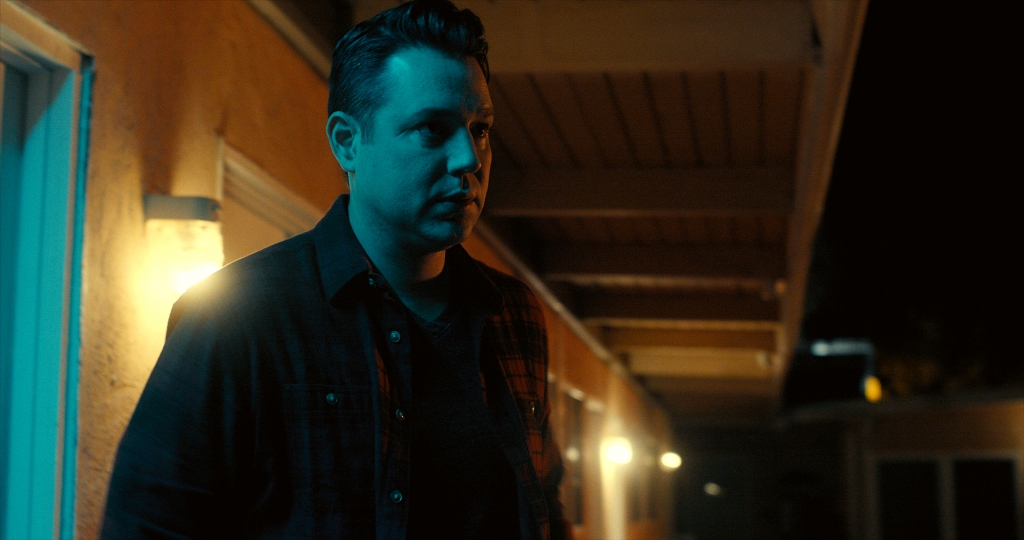 The camera work is solid, the scenes are well lit, and the editing is snappy. Behemoth is truly impressive on a technical level.

There are, however, a few odd directorial choices that threaten to derail the proceedings. As Joshua’s situation becomes more desperate things begin to get very weird. But some of the scenes tend to play out in a confusing manner like they were just added to increase the run-time of the movie.

For example, at one point Joshua finds himself looking for one of his friends in the parking lot of a very small roadside motel. And this seems to go on for a ridiculously long time, considering how tiny the parking lot is.

Joshua also gets shot in the gut early on in the movie. And aside from a little blood and some limping, he’s none the worse for wear.

Now, Behemoth is hardly the only movie in existence to brush off the actual effects of taking a bullet at close range. But given just how much walking the movie has him do, they really should have had him get shot somewhere else. A man with a bullet wound to the abdomen would simply not be strolling all over the place.

As far as the deal with the dark forces goes, I felt that Behemoth actually tackled it well. 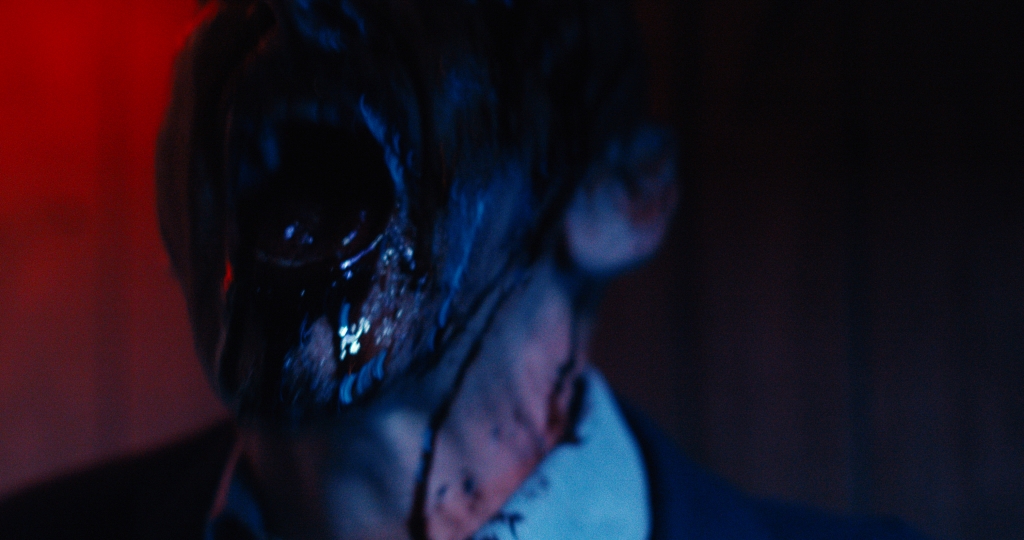 Joshua finds himself facing what would definitely be his version of hell.

The ending was also nicely done, as it did not provide the usual Hollywood “everyone gets what they want” kind of closure. And I can absolutely respect that.

Ultimately, your mileage with Behemoth will depend heavily on how much you are willing to forgive the cast and crew. As mentioned earlier, on a technical level it’s one hell of an achievement. They took a handful of sets, a small group of thespians, and went all in. Plus, several of the actors really bring their A-game.

Unfortunately, it’s hampered by some weak dialogue and a few less-than-compelling characters.

That said, I would imagine that it must have served as a great learning experience for Peter Szewcyzk, and I’ll be interested to see what he comes up with next.

RENT IT, STREAM IT, OR SKIP IT?
STREAM IT. It’s not perfect, so you may not want to rent it just yet, but there’s enough impressive visual work on display — and enough potential for future greatness from first-time director Peter Szewcyzk — that it’s definitely worth a watch.
Overall Rating (Out of 5 Butterflies)