In this supernatural thriller with a witchy theme, a woman returns home following her mother’s death only to face a mysterious darkness. 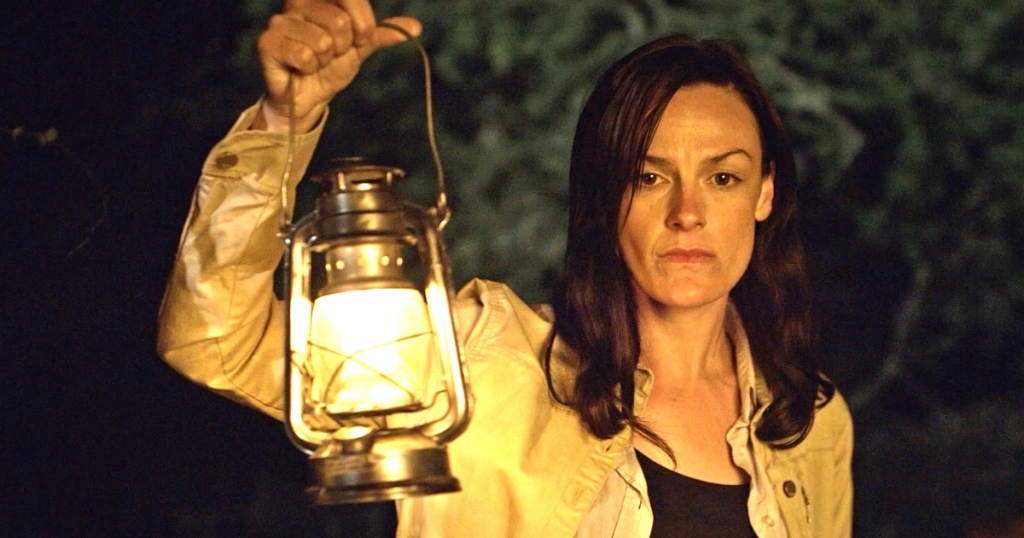 Witches of Blackwood (aka The Unlit) is currently available to rent on most VOD platforms. Read on to find out if you should Rent it, Stream it, or Skip it.

What makes a compelling horror movie? Especially now that scary movies are on an upward trend again, thanks to streaming services like Shudder and a dedicated studio like Blumhouse? Well, scares would be at the top of the list, obviously. Whether they be jump scares or slow-burn buildups, scares are the primary reason most of us watch horror movies. Maybe some compelling characters, either to root for or against. An engaging villain or monster certainly couldn’t hurt. And some tension, dread, or great ominous atmosphere go a long way as well.

But what happens when a so-called horror movie has none of those things? Well, we end up with something like Witches of Blackwood.

This film has the dubious and unfortunate honor of being the worst movie I’ve seen this year.

It’s not even that I hated it. If I had such strong emotions about it, then that might warrant some discussion. But in actuality, I am just completely indifferent to this film. The only things I felt once the credits started rolling were relief that it was over and frustration that I was never getting those 90 minutes of my life back.

That’s quite a shame, as Australia has produced some fine horror films. And the location is rife with possibilities. An island nation, with that inherent sense of isolation. Forbidding flora and fauna. Some interesting culture and history that could be endlessly mined for great ideas. But little to none of these things make it into the film.

Ironically, the basic framework seems solid enough, with an abundance of ingredients that would normally benefit a film. 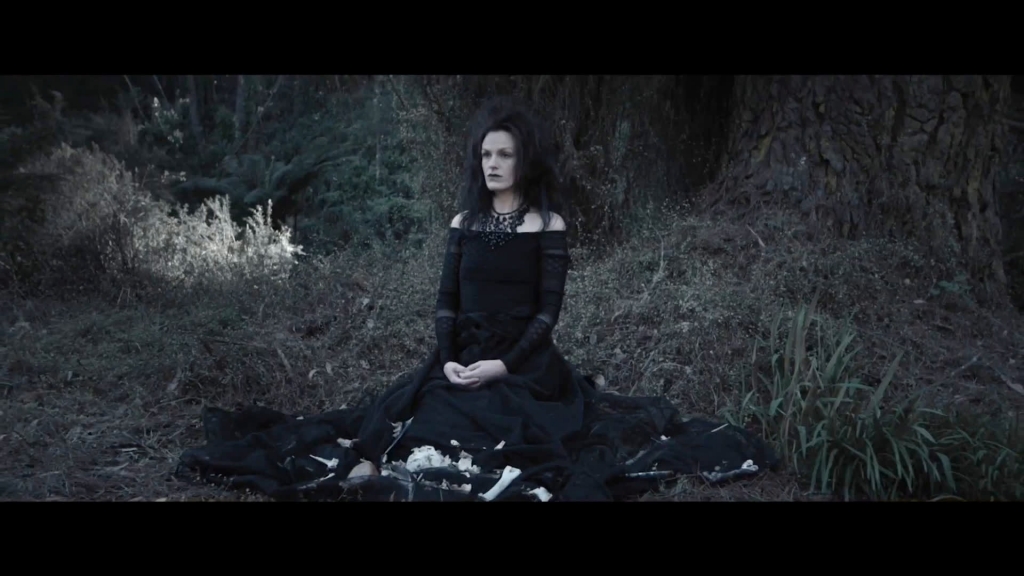 A spooky town where men and children have gone missing? Check. The remaining female residents are a sullen and withdrawn lot? Check. Dilapidated buildings and run-down locations? Check. Police officer protagonist who is dealing with a recent trauma that occurred while she was on duty? Definitely check. Estranged family with mysterious ties to the occult? Check and check.

And yet director Kate Whitbread seems to have no idea what to actually do with any of these inherently sound concepts.

I genuinely kept waiting for the movie to say something significant about lineage, a la HEREDITARY, but it never did. In fact, the biggest sin this movie commits is that nothing that happens really has any reason for it to happen.

The main character, Claire, might as well just be a blank slate.

There are snippets shown of the incident that traumatized her, where she was the first responder on the scene. And there are a handful of interactions with her boyfriend, though they come across as cold and emotionless. But those are just brief moments into her life; a life we know nothing about. Is she tough? Is she loving? Is she motivated? We never find out, as the movie has zero interest whatsoever in giving her any sort of defining traits.

Claire has returned to her hometown of Blackwood due to the death of her father, but aside from visiting his grave and reading a few letters, his death really doesn’t seem to resonate with her.

The rest of the characters barely register, and most are only in the movie for a few minutes at most.

Claire’s boyfriend is just as much of a cipher as she is. He even makes a surprise visit to Blackwood to visit her when she’s distraught. They only have a few seconds of dialogue, however, and then he’s gone, never to be mentioned.

That’s actually a common theme in Witches of Blackwood.

Events transpire, some that should be creepy or noteworthy, and Claire just kind of passively experiences them. From a séance in an old religious institution to a bloody woman in a bathtub, Claire seems to walk in on them, look at them curiously for a bit, and then she just…leaves.

Part of that is due to the editing, which is atrocious. Claire will be inside a building, with something important happening, and then suddenly she’s outside again. And the important event just seems to be forgotten about.

But nearly the entire movie is like that. Stuff happens, but there is no real reason for it to happen. People die, but viewers can’t be bothered to care, as those characters were never even fleshed out to begin with. And the deaths have no real consequence.

For a movie that is ostensibly about having a witchy heritage, the occult shenanigans that transpire are treated like afterthoughts.

For a moment, I was wondering if maybe I was missing something as if maybe the movie was making things deliberately obtuse in order to hide some deeper message underneath.

So I kept watching, giving the benefit of the doubt, always examining what was transpiring on the screen. Asking myself deeper questions. Like, was the movie a mediation on guilt? Possibly an examination of the emotional impacts of failure? A deconstruction of motherhood (Claire is pregnant, a fact that Witches of Blackwood just sort of casually throws out there), opening up the concept and scrutinizing the intricacies, hardships, and fears?

I suppose on some level it could be all of those things. But if so, then those messages are coming through in the most abstract of ways, and this reviewer simply missed them. But I truly feel like there was nothing to miss. I do believe the movie is simply ineffective, and that nobody involved really knew what to do with the overall concept. I could almost accept if this was the first offering from an amateur director. But Kate Whitbread has several other films under her belt.

On the technical front, there is nothing to report. The cinematography is fine, the soundtrack is mediocre, and the sound design was functional. None of it was great, none of it was terrible.

Intrigued by the premise, I really wanted to like this one. Unfortunately, Witches of Blackwood failed to conjure up any feelings except frustration and disappointment.

RENT IT, STREAM IT, OR SKIP IT?
SKIP IT. In this Aussie horror offering, the premise is the best part of the movie. It’s actually difficult for me to cast so much shade at someone’s creation. Just because I don’t “get it” doesn’t make it bad. But where there’s genuinely nothing to get, and the movie is just truly that terrible, then the shade is justified. Avoid this one at all costs.
Overall Rating (Out of 5 Butterflies)