Get It, Shan’t Forget It! 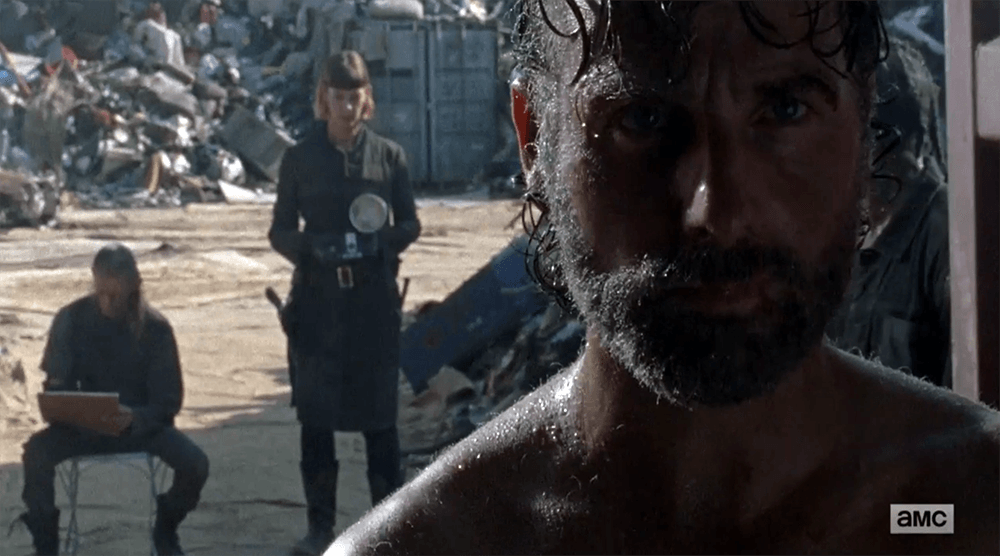 We start hot off the heels of last week’s episode, as Rick is imprisoned awaiting his fate at the hand of the scavengers. They temporarily release him from his dark, secluded trailer to take pictures of him in an ironic turn of events. We learn that these photographs serve as references for some nude sculpting to be performed at a future date.

We’re then reintroduced to Eugene as he approaches resident Matthew McConaughey facsimile, Dwight. He is fully aware that he is the traitor and makes no hesitation in confronting him about it. Dwight does nothing to prove his innocence but implores Eugene that life under Negan’s rule is all but over, telling him to stand down and let the events transpire. Eugene disagrees, simply demanding that Dwight not put anyone in danger. In return he will not expose him. 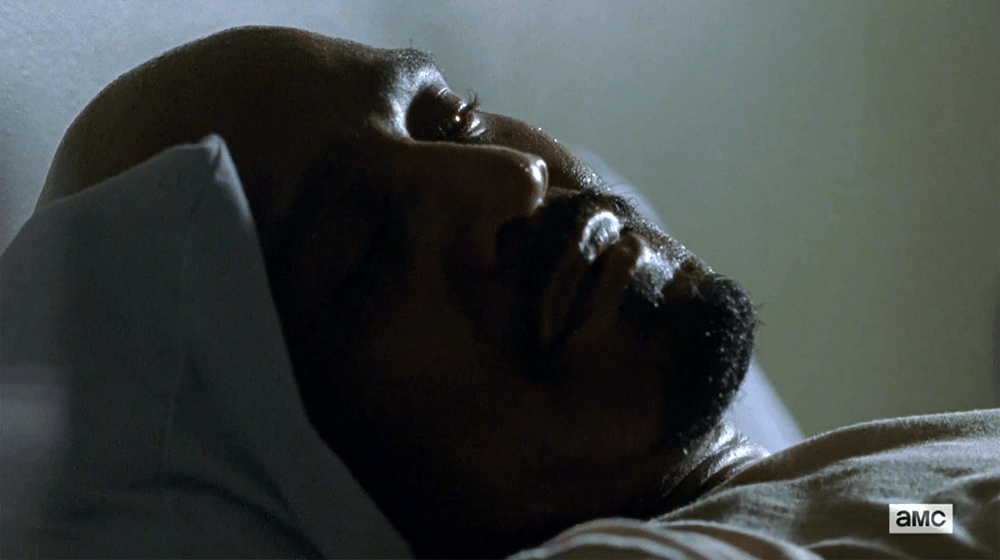 Eugene then pays Gabriel a visit. We find out that he has a multitude of infections and is in bad shape. Gabriel pleads with Eugene to help him get Dr. Carson out of Sanctuary and back to the Hilltop where his services are required. Eugene explains that he is a “small person” — one that clearly focused on remaining alive at all costs.

Back outside the gates of Sanctuary, Rosita, Tara, Michonne and Daryl convene over Daryl’s “Tear a hole in the wall and let all hell break loose” plan. They are suddenly approached by Morgan, who has seemingly been performing reconnaissance on the Saviors since we last saw him. He agrees with Daryl, stating that this all needs to end now. Rosita decides that patience will keep more people alive than Daryl’s brazen plan and leaves them. 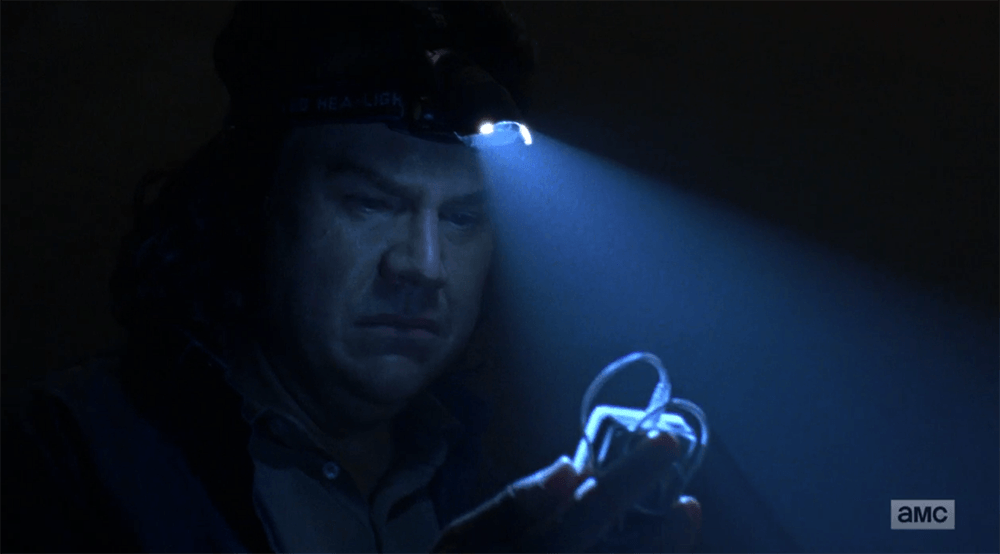 Back inside the compound, Negan reassures Eugene that he (and his mullet) are magnificent, going so far as to admitting that his help is greatly appreciated. This being Negan though, it comes off somewhere between a pep talk and a fucked up guilt trip. Eugene reminds Negan that work still needs to be done,  meaning getting rid of their walker infestation. We cut to a scene of Eugene scavenging through Sasha’s coffin and finding an iPod. Remember those!?

Back outside, Michonne reminds Daryl that being reckless is not worth losing so many lives over, and consequently leaves, giving us the first signs of Daryl actually second guessing all of this. It does little to stop him though. Eugene comes up with a pretty damn intelligent idea of attaching the found iPod to a remote controlled glider to lure the walkers away, as he informs us using his convenient tape recorder. 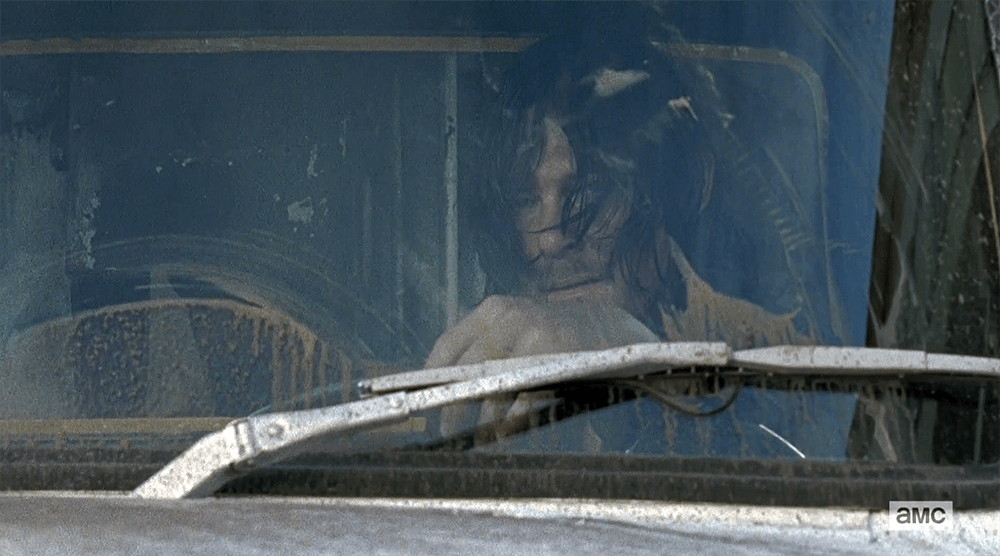 He is suddenly approached by Dwight, gun in hand as he tries to stop him. He also confesses his role as the traitor, all while being recorded by Eugene (again, super convenient). Eugene outlines that this plan of his will keep everyone, most importantly himself, alive — and he releases his makeshift drone. Dwight shoots it down. As he does that, Daryl crashes the garbage truck into the walls of Sanctuary (yup, he actually did it), unleashing a horde of walkers.

Everything is predictably going to shit in Sanctuary as the saviors try to contain the breach. Eugene sees this failure and is deeply affected by it. He returns to Gabriel and exclaims that he will NEVER help him, going so far as to ensuring that Dr. Carson will never leave Sanctuary. He will survive, as is his imperative. Gabriel, shocked at Eugene’s outrage, is speechless. 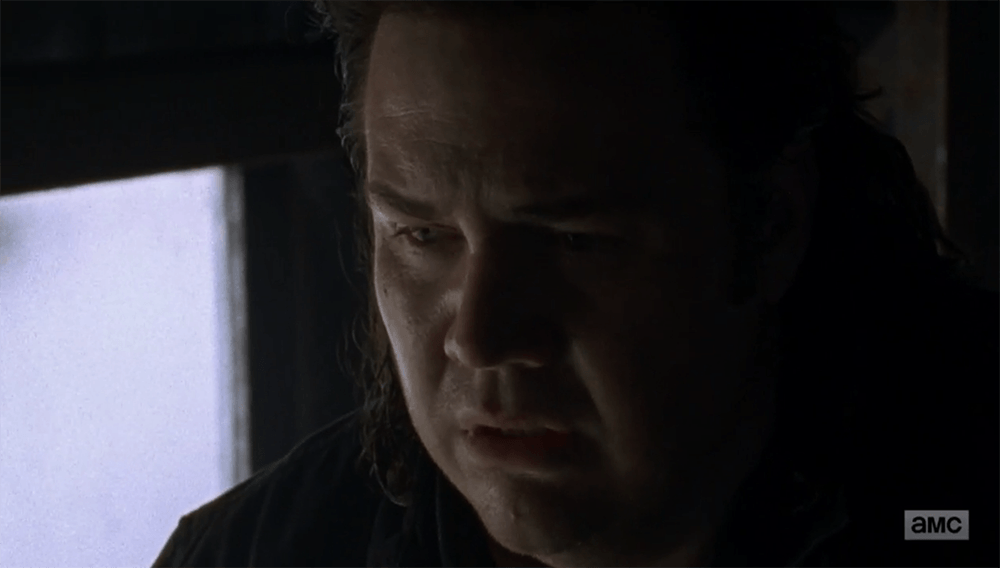 Eugene makes his way back to Negan and promises to make him more bullets for the battle ahead. He confesses that he has something else of importance to share, and we are all just waiting for him to play that tape! When all of a sudden Negan’s soldiers (Dwight among them) enter the room. Eugene decides not to rat out Dwight, instead offering to fix the comms systems at Sanctuary. He then goes through a veritable Tony Stark “Demon In A Bottle” moment as he drinks himself into a stupor.

Back at the junkyard, the scavengers are set to execute Rick using a walker on a leash (not to be confused with the Korn song), when he manages to get free and use it to make short work of the Scavengers — but not without taking their leader hostage and promising that he will return with his people to finally finish all of them off. All of this is made even more impressive by the fact that he’s still in his boxers! 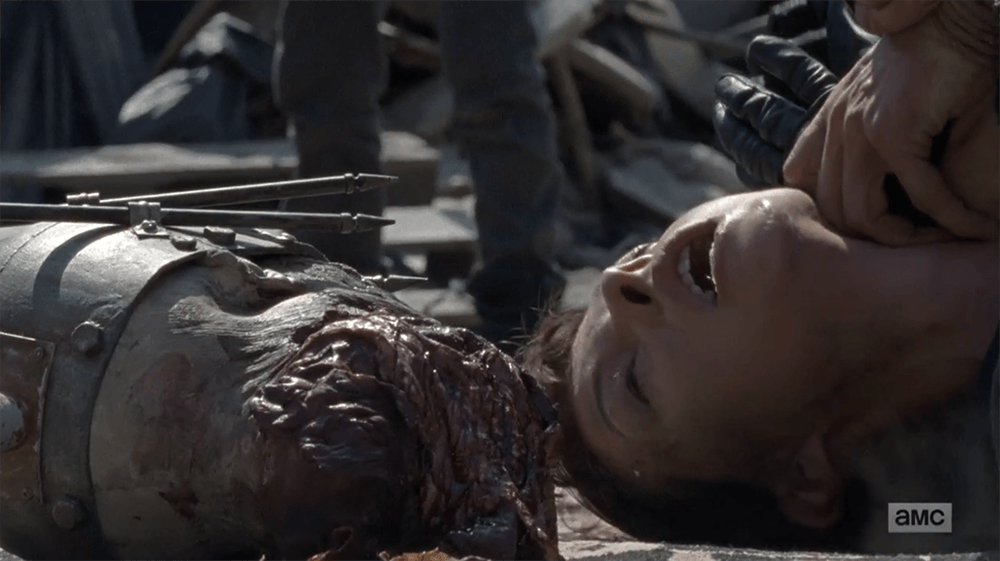 The Scavengers relent and ultimately agree to help Rick against the saviors, but not without attempting to negotiate with him for half of what they find, and for Rick to pose for a sculpture. Rick declines, offering them a forth of their findings. They eventually agree. Working together, Rick and the Scavengers reach a radio station previously occupied by the Saviors. He climbs it, only to make the grim discovery that Daryl went ahead with his plan as he stares on at an overrun Sanctuary.

This week saw Eugene facing his demons and realizing the cost of playing both sides. Trying to keep everyone alive is a difficult task when you’re worried about yourself. You can’t half ass that! It’s interesting to learn just how important he is to Negan, even more interesting after hearing him call Eugene his Second in Command. Until now, we just thought he was a problem solver of sorts. 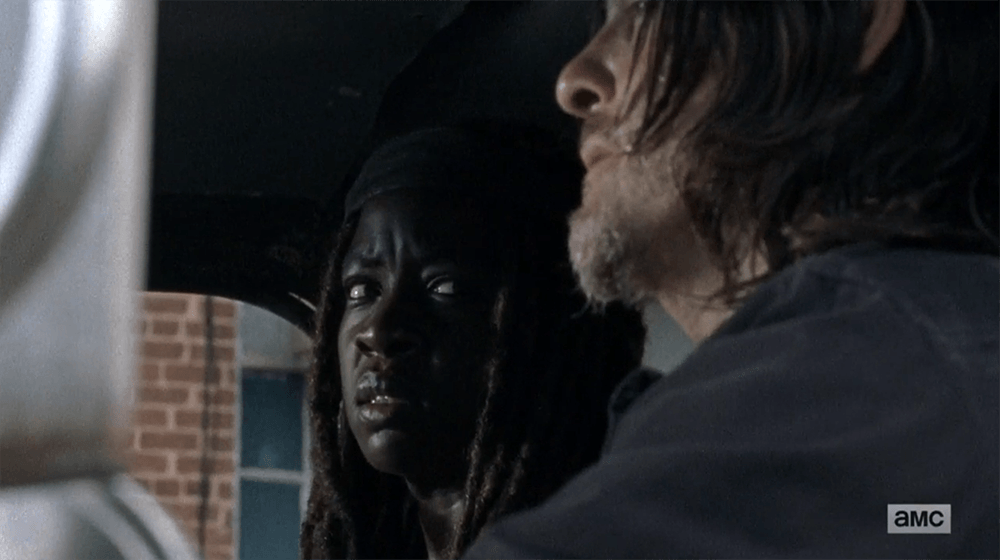 Daryl’s demolition operation is going to cause some serious rifts on both sides of this war — more importantly, a rift within himself as he wrestles with whether or not he made the right choice. Luckily, we wont have to wait long as next week sees the super-sized midseason finale.

While I am almost certain that Negan won’t meet his demise then, I am certain that we will see these internal divisions manifest themselves into a more difficult conflict…one of morality, as those seeds have been planted firmly!