This is it! The midseason finale folks, and while we all knew that Negan wouldn’t be facing his demise, the veritable shitstorm he kicked up was damned admirable!

Not once has this war we have been promised felt and looked like just that, a war. All of that changed this time around! 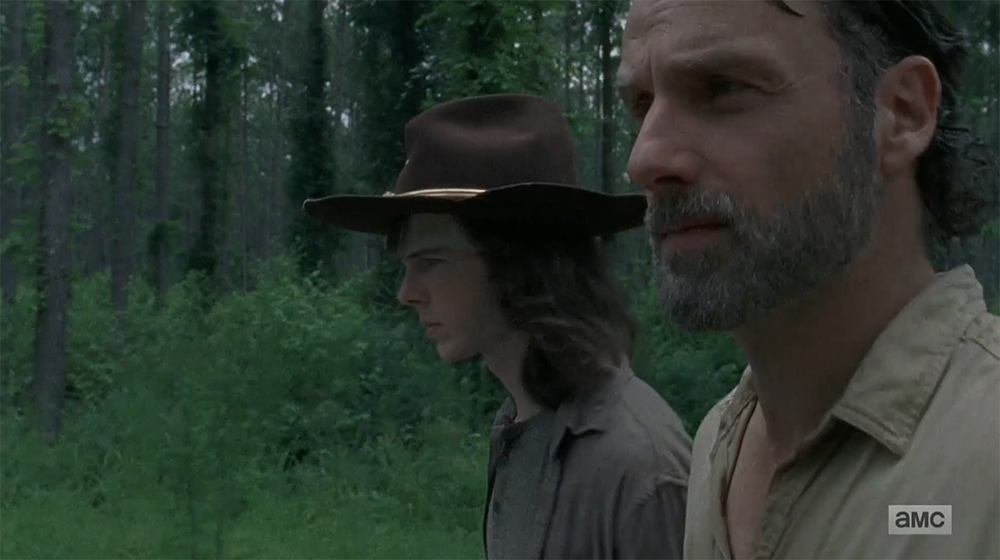 The episode begins with Rick and the Scavengers creeping into Sanctuary, now a dilapidated pile of rubble and bodies. Rick is immediately fired upon, resulting in the Scavengers fleeing frantically…so much for their whole arc up to this point! Rick is suddenly saved by Carol and Jerry.

Just as that happens, we are whisked away to a flashback of Carl and Rick conversing over what “the fight” actually means; whether it’s blatantly moving forward with these perpetual attacks, or coming to an understanding: A sort of peace between factions, mirroring most of the disagreements we’ve seen between our faithful, morally grey characters all season. 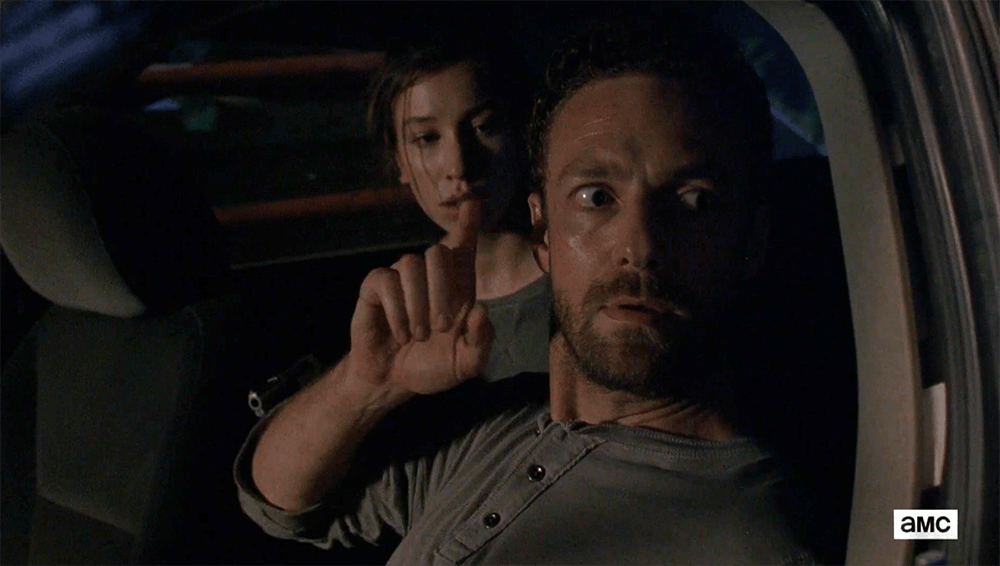 We see our first glimpse of Aaron and Enid since they vowed to get a win as they venture towards Oceanside to seek their help. They decide to take a detour and visit a local distillery in an effort to lift their spirits (pun intended). They accomplish their mission and decide to take a rest stop, only to be spotted by a group the Oceanside’s inhabitants.

Aron and Enid attempt to get the upper hand, only to be captured, but not before Enid kills their elder — which probably won’t bode well for them, no matter how much booze they bring them! 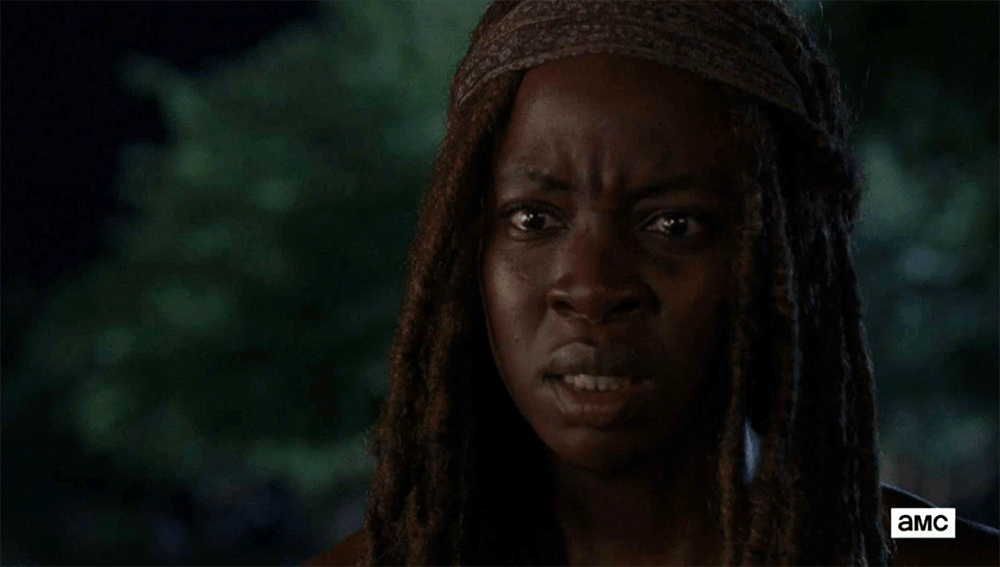 Back in Alexandria, Michonne approaches Carl who has saved Siddiq and is hiding him in the sewers. Just as this discovery is made, Negan approaches the gates. We discover that he and the Saviors have fled the remains of Sanctuary and are striking back with a vengeance. He gives them three minutes to designate someone to make a formal apology for his newfound displacement, and again, promises to execute Rick very publicly.

While this is all going down, Maggie and Jesus are leading a caravan of Hilltop residents back to Alexandria to provide help, having no idea what’s going on over there. They are stopped by a tree on the road and are immediately invaded by Simon and a group of saviors, who have taken Ezekiel’s favorite Knight, Jerry, hostage. Simon (Played by Steven Ogg) does his amazing menacing act and demands that Maggie and the rest of the Hilltop produce crops for them. 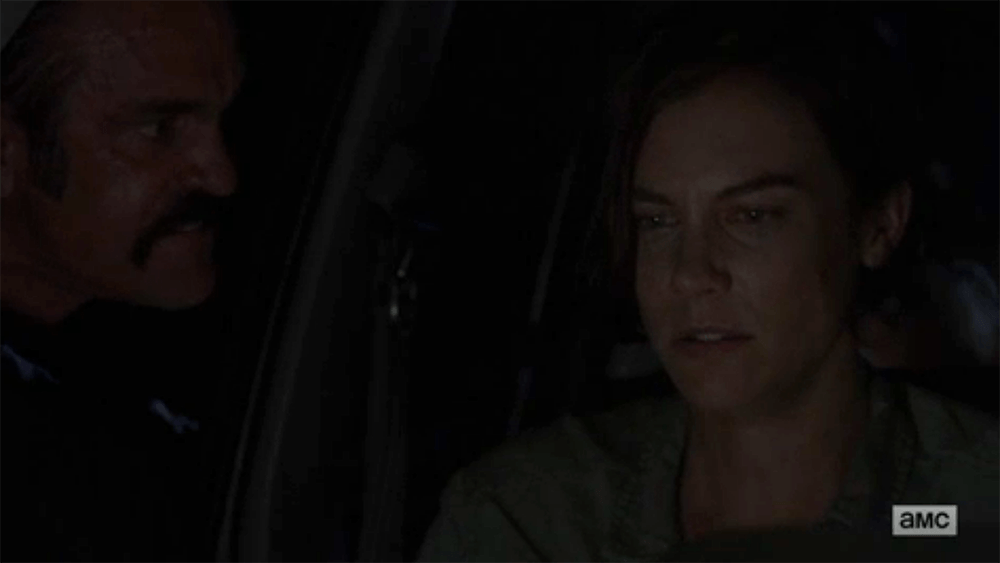 He adds to the psychological torment by planting a coffin on Maggie’s car, implying that if his demands are not met, said coffin will be occupied by Maggie. He proves his point by killing one of Maggie’s passengers, in a truly chilling performance. She finally agrees, on the condition that the coffin be used to bury her newly deceased passenger, to which Simon agrees for some reason, allowing them to go return to the Hilltop.

Upon their arrival, Maggie — clearly distraught and furious at these events — decides to kill one of the hostages, going so far as to place him in the coffin and writing “38 MORE STAND DOWN” on it, clearly taunting Simon and making shit worse! 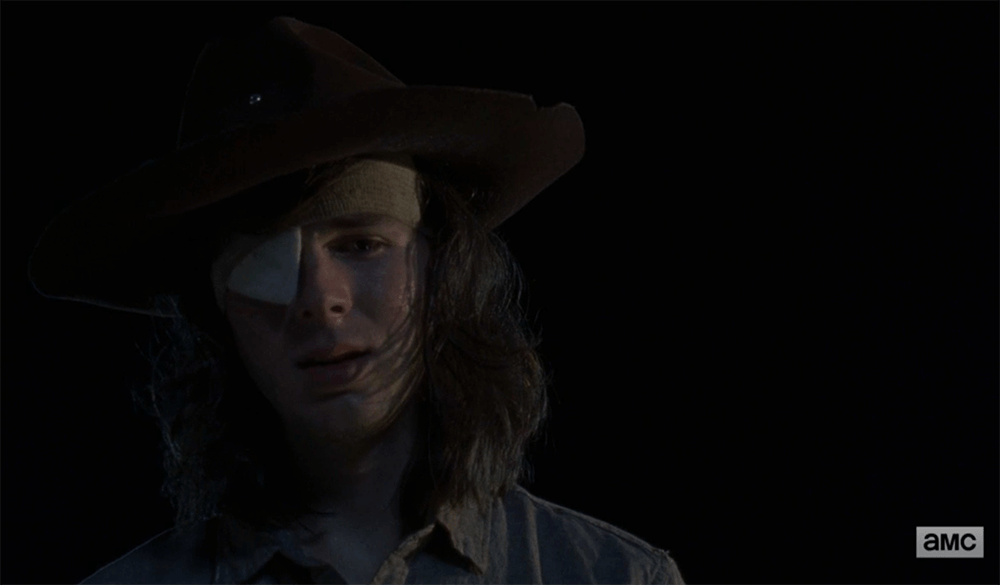 Meanwhile at the gates of Alexandria, Carl offers himself to Negan, telling him to take his life if it will stop all this unnecessary bloodshed. He ALMOST gets on Negan’s soft side when he realizes that this is a well orchestrated diversion by Carl so that Daryl, Tara, Rosita, and Michonne can make their way through the gates and spring an attack on the Saviors.

This plan totally works as they attack a group of Saviors led by Dwight. As this transpires, Dwight turns on the Saviors, opening fire on them, but not before one Negan’s lieutenants gets away, with the knowledge of Dwight’s betrayal. Daryl FINALLY gets his vest back, and they agree to bring Dwight back with them. 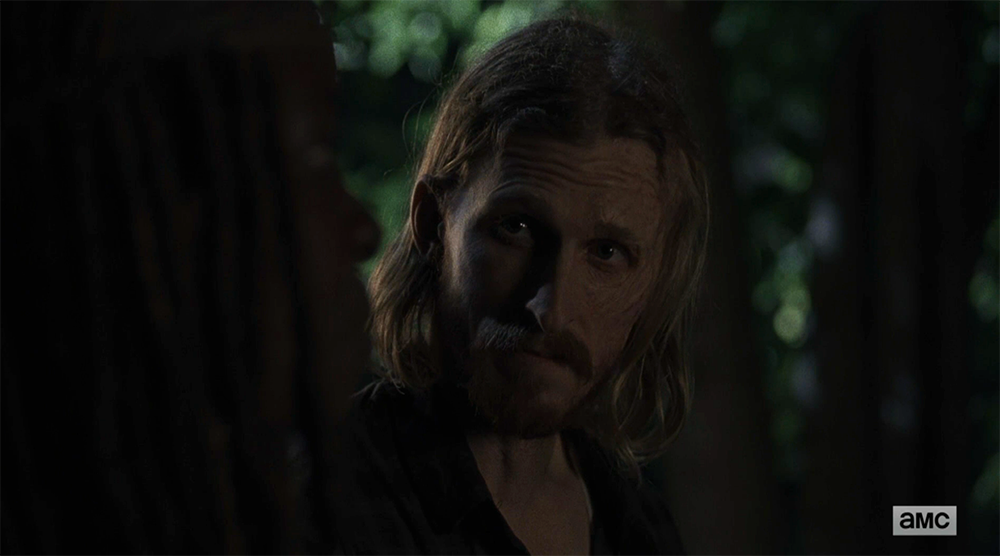 We discover that the Saviors have also taken over Ezekiel’s kingdom and his subjects, and are demanding that they produce even MORE food for them. They are only allowed to keep the minimum needed to sustain themselves enough to keep working. Oh, and they also have to give up Ezekiel, who is nowhere to be found. No one complies, and the threats continue. Ezekiel manages to get them all to safety in a brazen attack, allowing himself to be taken prisoner.

While all of this is going down. Eugene, back in Sanctuary is trying desperately trying to get some sleep, knowing full well that all these events are happening because he helped the Saviors escape the walker horde that Daryl unleashed on them. Alcohol is just not cutting it this time, and in a surprising turn of events he goes to see Gabriel — ultimately agreeing to let Dr. Carson leave so that he can deliver Maggie’s baby back at the Hilltop. Maybe he can finally get some sleep after that! 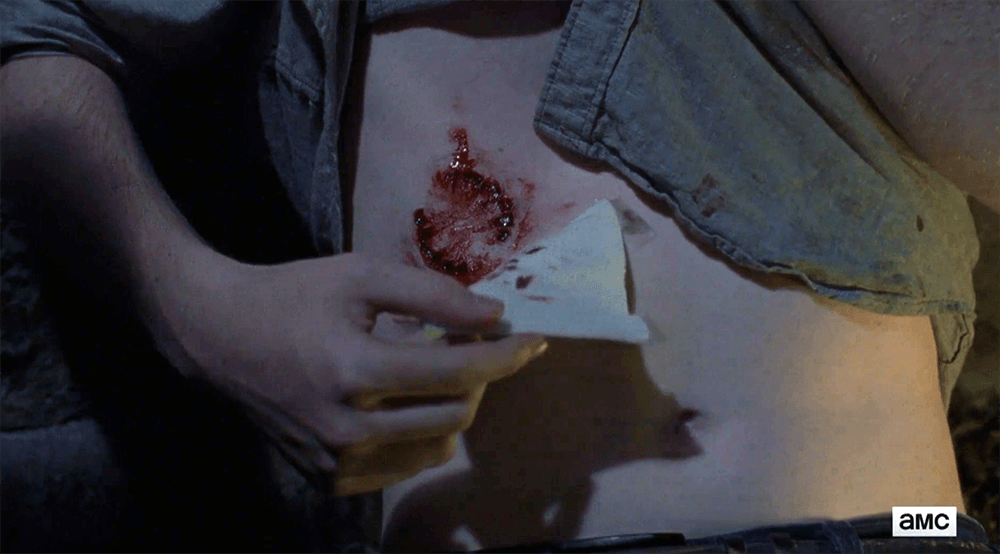 Rick makes his way back to Alexandria in search of Carl and any survivors, but is blindsided by Negan. They exchange insults and blows, but Rick manages to barely escape by being flung out of a window (much to Negan’s dismay). Rick conveniently spots Michonne, who leads him back to the sewers where a handful of survivors are hiding out. Among them are Dwight, Siddiq and Carl, who reveals that he has been bit!

Thus, we beginning the slow wait until the second half of the season, and, consequently Carl’s demise.

While far from perfect, this week’s episode kept the tensions mildly high and the pacing at a somewhat more cohesive pace. The fact that there were no major character deaths was the only thing that actually surprised me this time around; it’s something we’ve come to expect from the finales, with people literally making deadpools in an effort to see their predictions come to fruition. 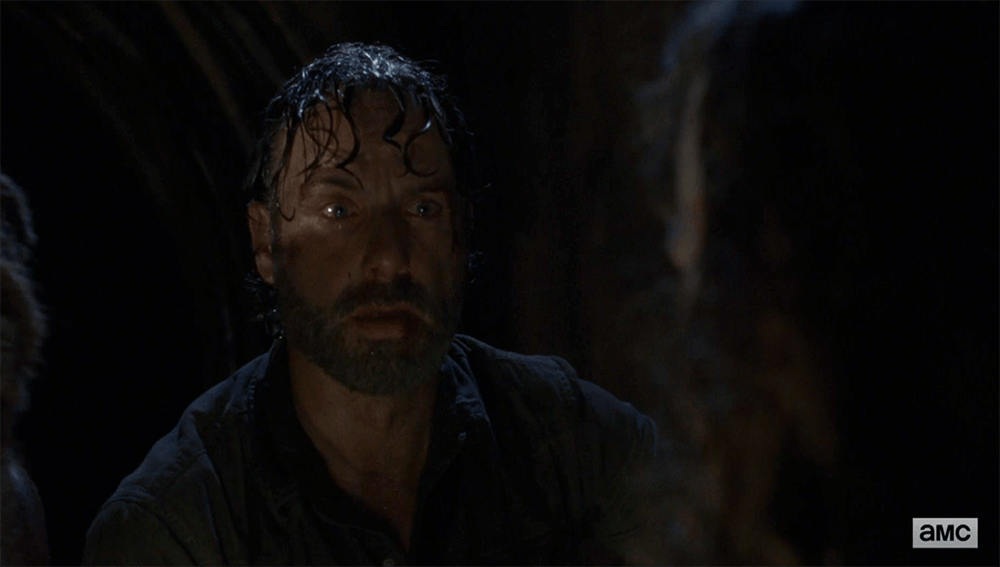 While we didn’t see any major CHARACTER deaths, we did lose Alexandria; and that in and of itself felt like a major loss. So make no mistake, while you may have lost the deadpool, we were in fact faced with a major loss. While it sucks that Carl’s eventual demise is something we have to wait to see, it should come as no surprise at this point. A major cliffhanger should be as expected as seeing the title sequence every week. But, the fact that it wasn’t directly Rick’s fault is a welcome change.

We’ve got a long wait before we see how this all plays out, but at least I was left mostly satisfied with the events that transpired — and that’s saying a lot given this show’s somewhat rocky history. Now the waiting game begins!