“We are the Missing” is a terrifyingly real modern tale where personal nightmares, including loss of family and invasion of home, become viral content. 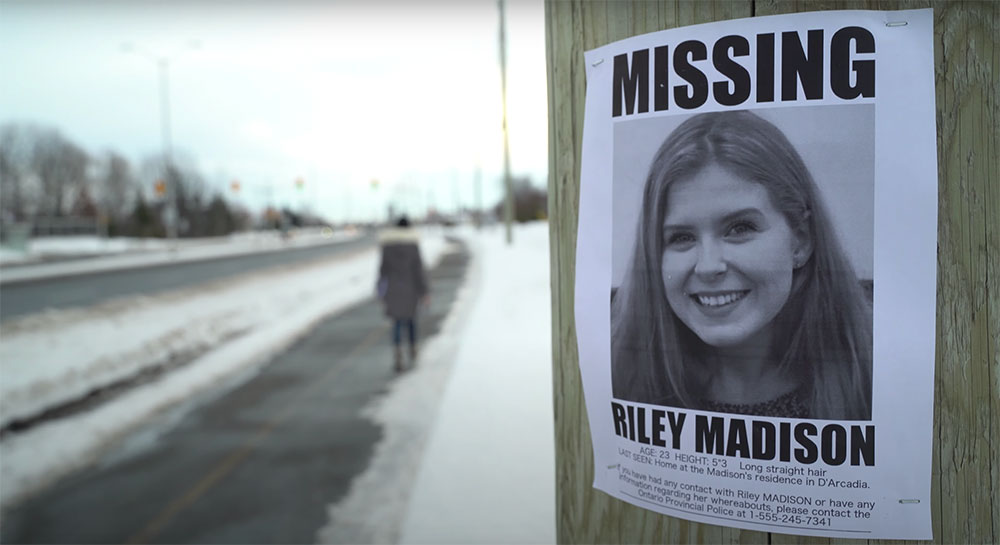 “People who are out of reach, they are not the only ones who are lost…we are the missing.”

We are the Missing is a mock-documentary horror film centered around the work of a 20-something filmmaker named Carter (Eleonora Poutilova), who is making a documentary about the Madisons. The Madisons are a typical American family living in the fictitious small town of D’Arcadia.

The divorced couple, John and Angie, have two daughters, Riley and Paige. John and Angie speak directly to the camera, explaining how their youngest, Riley, began using Exorcist-style profanity while at primary school. We learn that Riley also had a slightly creepy imaginary friend named “Mikey” (as “Captain Howdy” sounds a bit 1970s now).

Riley, now 22, has recently gone missing, having simply vanished one morning. Her parents and Riley’s best friend, Mackenzie Porter (Willow McGregor), have been desperately trying to find her. 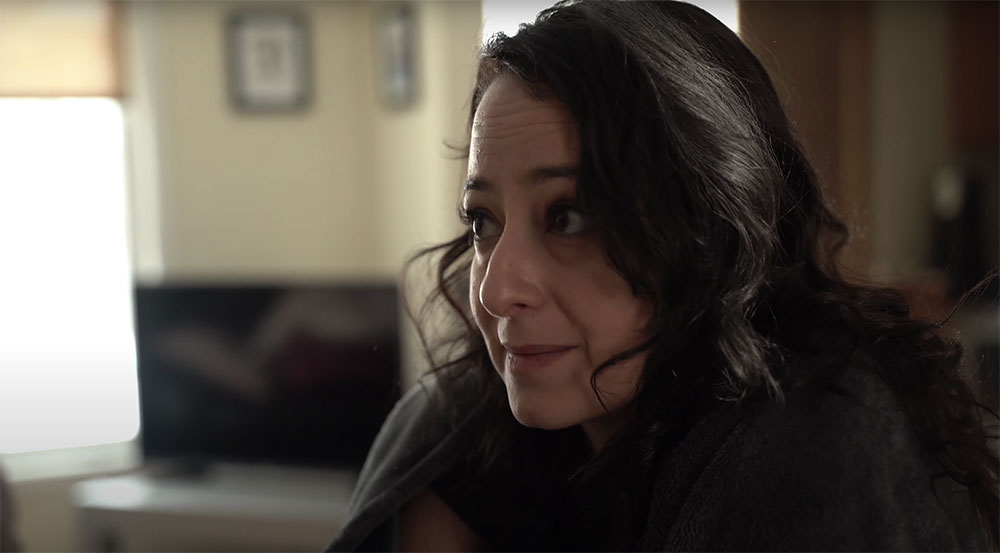 Mackenzie manages to hack Riley’s Facebook page using “Mikey” as a password, only to receive creepy messages (“send nudes”). Meanwhile, online trolls have started sending abusive messages and accusing the family of looking to make a quick buck from potential donations. There’s even a mention of the town’s resident ghost, “Marvin Carven”, the local boogeyman parents tell their children about to keep them out of the woods.

As it turns out, D’Arcadia may not be the small town paradise it appears to be on the surface.

To make matters more terrifying, Riley’s parents also go missing, leaving their other daughter, Paige (the excellent Olivia Piercey), left to speak to Carter’s camera. She is understandably angry and disturbed by having to grow up without a family.

But her message is ominous: “My sister had secrets…”

Like a 21st century version of Dracula, the story is comprised of clipped together, non-chronological blog posts and phone calls — the modern day version of diary entries, letters, and newspaper clippings. 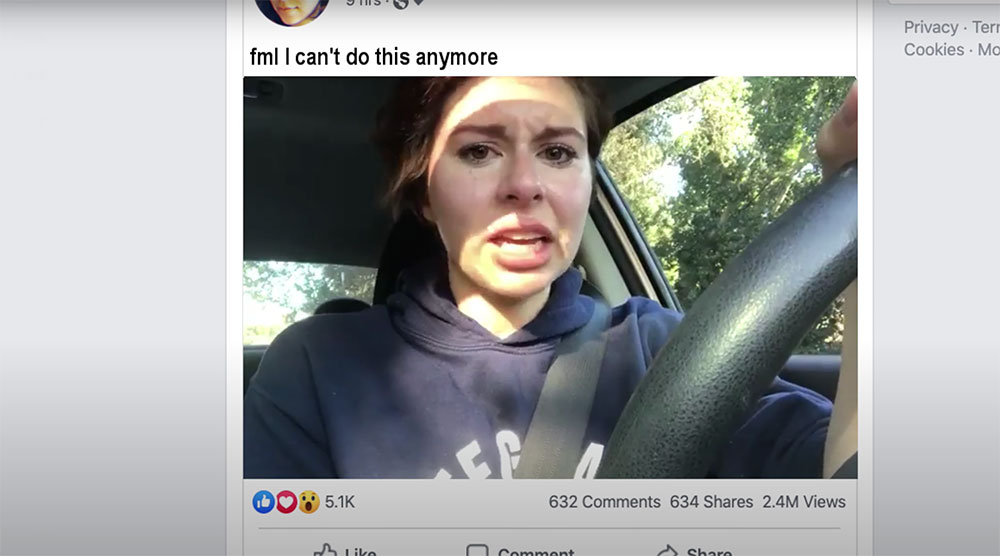 And in case this “real” life story about missing people isn’t disturbing enough, the films adds an extra layer of horror with a supernatural, Sixth Sense-style twist.

D’Arcadia’s residents are starting to receive creepy videos online and messages from dead people. One D’Arcadian laments in a Facebook post, after receiving calls from her deceased father, “I don’t know who’s real and who’s not anymore.”

Residents blog about coming home from work to find the front door wide open every day and report getting creepy phone calls, consisting of strange noises turning into voices. Eventually, the ghosts get bolder and permeate the town’s houses, causing the residents to stay inside as mass panic takes hold. Then the residents themselves start to disappear without reason.

Mackenzie then goes missing, vanishing into thin air just like Riley. Finally, Carter herself disappears after getting a mysterious phone message from Mackenzie, leaving Mackenzie’s sister April to finish the documentary. But suddenly, the nightmare eventually passes, and small town life resumes. There is, however, a nice final touch at the end that I really appreciated, as it brings back the horror aspect of the film. We get a hint that things do not end as happily as we are led to believe when primary school children begin drawing crayon pictures of themselves with an imaginary best friend. Only these childish scrawls are labelled Mackenzie because, as the children explain, she “helps keep the bad people away”.

As much as I enjoyed the film, there are some false notes struck. 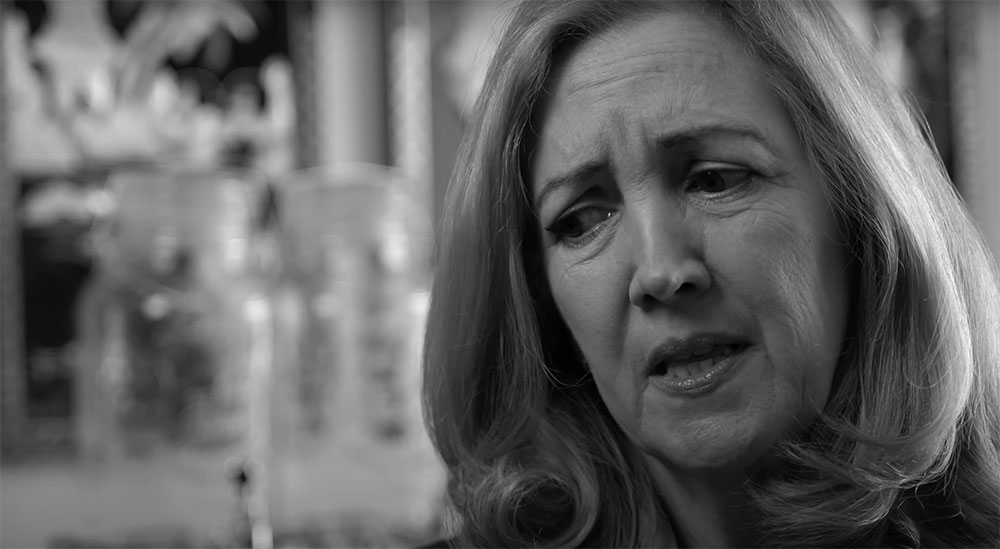 One example is when Mackenzie is filmed going into the woods to find the fictitious Marvin Carven, believing he knows the whereabouts of Riley. She later mentions that a film crew is attempting to shoot a documentary about the fictitious wood-dweller, and there’s another sly Blair Witch reference later on. These moments take the viewer out of what is otherwise a very compelling and realistic film.

Missing can also, at times, feel too simplistic, especially when the viewer is prompted to recall clues from earlier on in the documentary.

There’s a point when Mackenzie’s sister April is told someone invisible is following her, called Mikey. In case the audience has forgotten who this is in connection with Riley’s childhood friend, the segment of Riley’s parents mentioning it is replayed back in dramatic close ups of black and white. It’s heavy handed and unnecessary. However, it’s not hard to imagine that Carter, an inexperienced filmmaker and first-time documentarian, might employ this same tactic to tell her story. So it’s not too hard to forgive this.

Despite these few critiques and obvious budget limitations, writer/director Andrew J.D. Robinson has created an insightful, frighteningly real horror for the 21st century. In an era of expensive CGI and jump scares, it’s a refreshing reminder at just how much horror can be mined from a simple story that taps into very real fears.

You can watch We are the Missing in its entirety for free on YouTube.