Movie Night: Welcome to the Blumhouse (2021)

Welcome to the Blumhouse is a stellar showcase of films released on Amazon Prime featuring the work of promising talent in the genre. 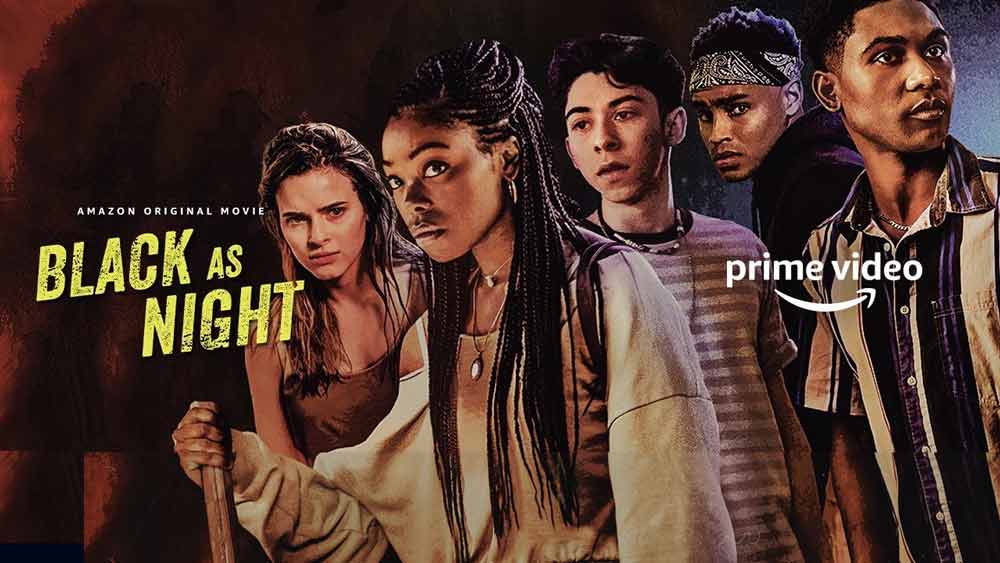 Currently in its second year, Welcome to the Blumhouse 2021 delivers four films from mostly female filmmakers that should have a little something for everyone. There is comedy, tragedy, thrills, and scares to be had — with the series of films connected by common themes.

The first of the four films that I checked out was BLACK AS NIGHT, a teen vampire film directed by Maritte Lee Go, which feels like it comes straight from the 80s to mid 90s heyday of teen vampire flicks like Buffy the Vampire Slayer, Fright Night, and My Best Friend’s a Vampire, to name but a few.

The film opens with a great kill — always a popular setup in the genre — and then moves into the main character Shawna’s inner monologue. The audience is also treated to a wonderfully animated title sequence at the beginning which really drives home how fun this film is going to be.

Even with the feeling of nostalgia, the film is fresh and doesn’t feel like it’s rehashing old teen vampire tropes just to catch on with the 80s nostalgia bug.

At a time when a lot of the big horror films seem to be very serious and harrowing, everything about Black as Night screams fun, and as a fan of 80s and b-movie horror, I am here for it!

That’s not to say that Black as Night is just a silly popcorn movie. It deals with some social and racial issues throughout and is nuanced in such a way that it wraps it up in a seemingly light-hearted package. This means you can have a great time with all the Vampire antics but still leave with things to think about.

Into every generation, a great vampire film is born. And I am of the opinion that Black as Night might just be that film. 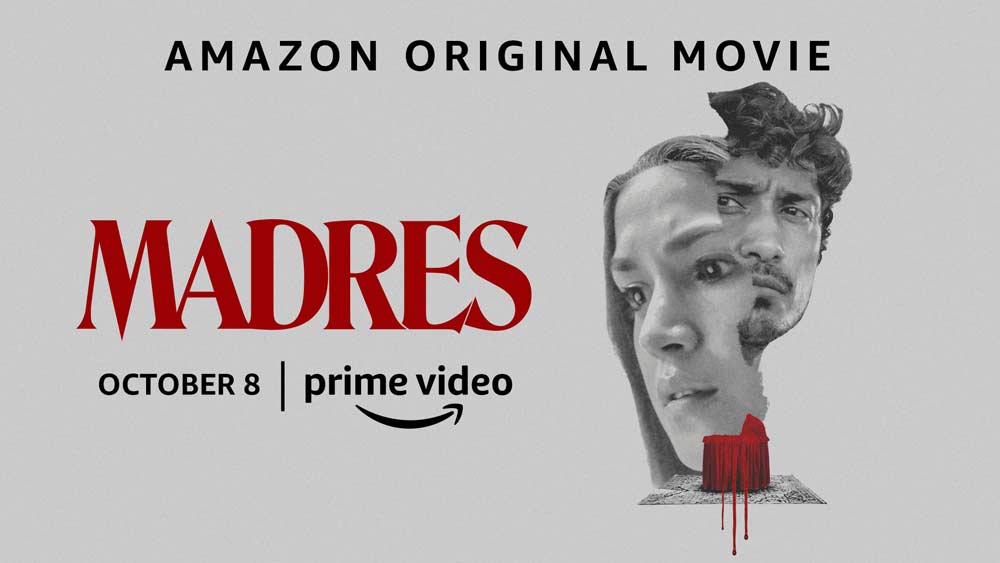 The second Welcome to the Blumhouse feature that was offered up to me was MADRES directed by Ryan Zaragozo, which is about a Mexican-American couple expecting their first child, relocating after the husband gets a job offer.

The film opens with an eerie nightmare sequence that really helps to set a growing feeling of unease from the outset. The score is also extremely effective in this regard, accentuating the feeling of dread that is always there, just under the surface.

Madres is a slow burn that sees the pregnant Diana, played absolutely spectacularly by Ariana Guerra, being alienated from her new community and isolated at home — far from her family as her husband goes out to work.

Strange things begin to happen to and around Diana, which only serve to further her alienation. It feels that she is completely alone in all of this for most of the film, as even her husband won’t take her seriously when she tries to highlight the strange happenings.

With creepy stays in the hospital and people in the area seeming standoffish and equally as creepy, Madres is the most unsettling film of the series.

I was content with my opinion that it was just a creepy slow burn that maybe wouldn’t stay with me. That was until the ending when it was revealed that the film is inspired by true events.

All of the information given before the credits roll about the true horrors that inspired Madres are painfully tragic and elevated the film from an eerie slow burn to a tragic horror that plays on the mind long after the screen fades to black. 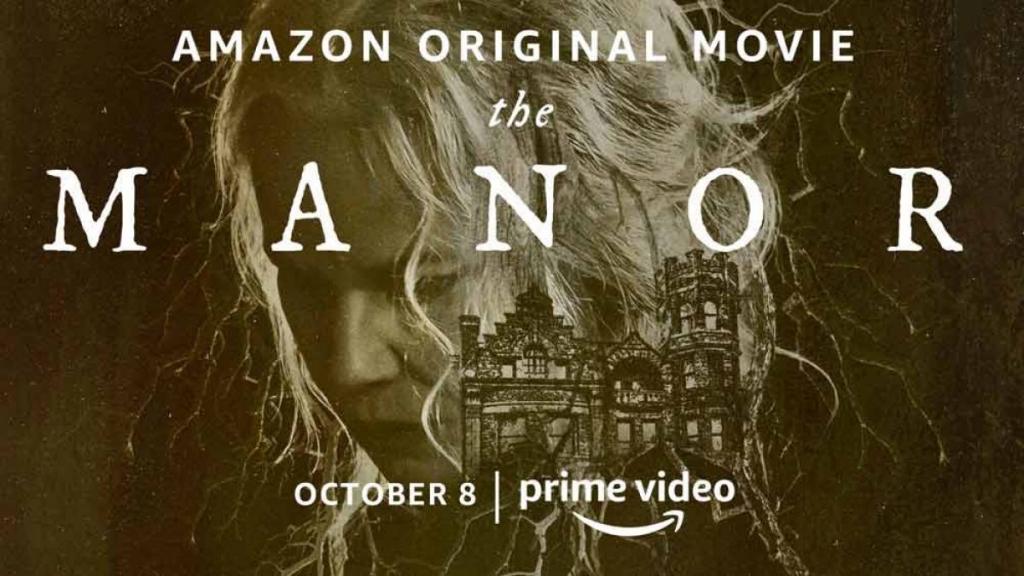 The third film I had the pleasure to sit down with was THE MANOR, written and directed by Axelle Carolyn.

This one is a brooding gothic horror about a woman that needs to go into a care home for rehabilitation after a fall, and once there, uncovers strange things happening to the residents as a creature stalks the sprawling gothic Manor at night.

Upon her arrival at the Manor, Judith, played by Barbara Hershey, has her mobile phone taken from her, isolating her from her family. As Judith starts to uncover secrets she is further isolated as she and her family are led to believe that she can’t be trusted or listened to because of her age and mental state.

The Manor highlights an often-overlooked section of society, especially in Hollywood, so it was quite impactful to have an almost entirely elderly cast whose struggles — both natural and supernatural — we focus on throughout the film.

Hershey puts in a compelling performance as the strong-willed ex-professional dancer, which compliments the gothic leanings of the film.

I definitely recommended The Manor for those who prefer the more dramatic, gothic horror than the blood and gore camp. 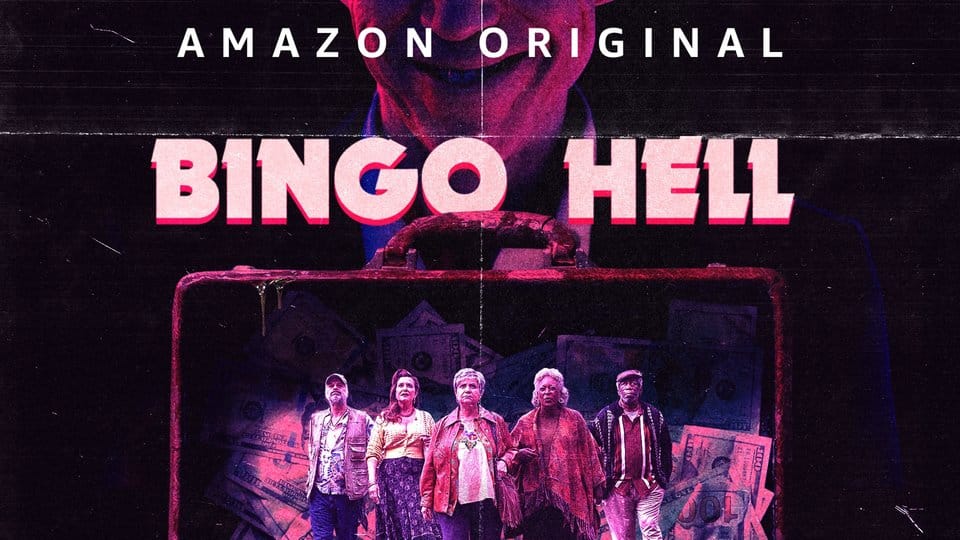 The final film of the Welcome to Blumhouse 2021 collection was BINGO HELL by indie genre favorite Gigi Saul Guerrero.

Bingo Hell sees a group of elderly friends fighting against the gentrification of their community and coming up against a force of unstoppable evil. The group of friends is led by Lupita, a take-no-shit woman with a fierce love for her community and its inhabitants. Lupita is played by Adriana Barraza, and she must have had an absolute blast with this character as I would bet she was as much fun to play as she was to watch.

Right from the start, Bingo Hell has a quality that all Gigi Saul Guerrero’s work has.

The visuals are very stylish and filled with vivid color, and she has a knack for making the normal feel and look surreal. The film has plenty of humor, met with good helpings of gross-out gore, and an almost action movie style of pacing.

Because of the fun nature of the film, I’d say it could be widely recommended across the board to every kind of genre fan.

I was already quite a fan of Gigi Saul Guerrero and so was probably looking forward to Bingo Hell the most from the collection; it definitely didn’t disappoint. 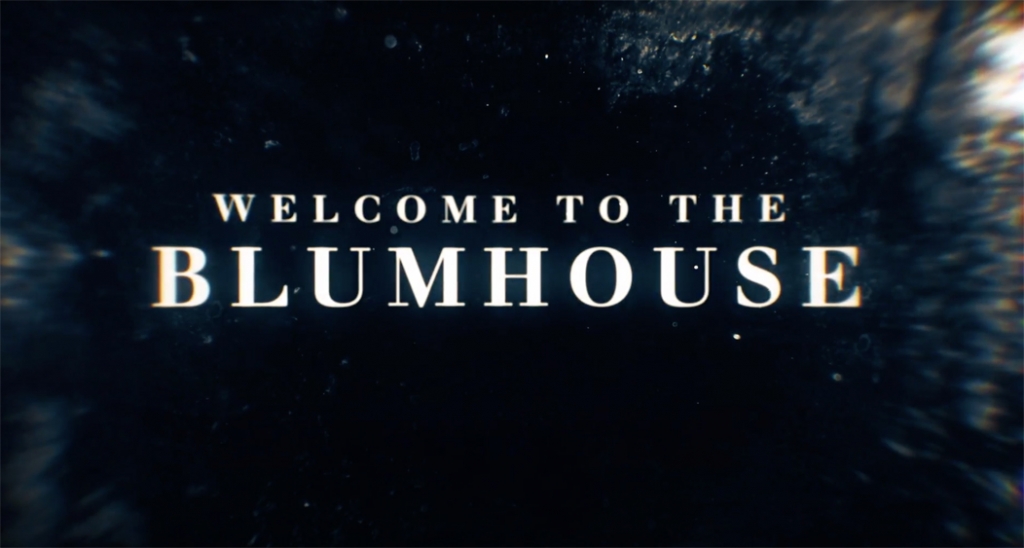 All in all the Welcome to the Blumhouse collection 2021 was a great series to watch with diverse representation and stories. The running themes that I picked out between all the films were isolation, community, and the side-lining and erasure of certain parts of society.

From the thought-provoking to the laugh-out-loud funny, this series is a success in my eyes, and I’ll happily consume another batch next year!