A talented actress in and out of the genre, Eileen Dietz will forever be attached to one of the most influential and beloved horror films of all time.

Not many actors can boast about having portrayed one of the most iconic and terrifying characters in all of horror, but Eileen Dietz certainly can. Her unforgettable portrayal of ‘Captain Howdy’ in “The Exorcist” is forever ingrained in the minds and hearts of horror fans everywhere. And that’s just the tip of the iceberg when it comes to her impressive acting resume.

Every time I conduct an interview, the very last question that I always ask is, “What is your favorite scary movie?” And 9 times out of 10, the answer is The Exorcist. And if you’ve seen The Exorcist, then you’ve seen Eileen Dietz in an uncredited role of the face of the demon Pazuzu. More recently, Eileen can be found on the indie scene. We talked about her career, women in horror, The Exorcist and of course, horror movies. 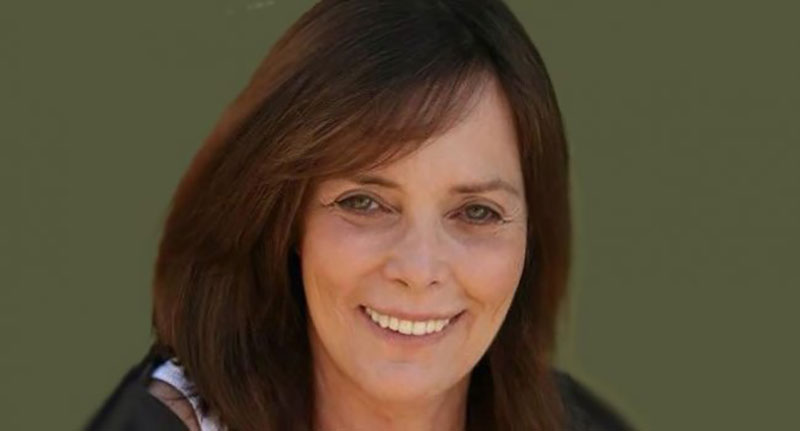 Morbidly Beautiful: What intrigued you about the role of the demon in The Exorcist, and what made you want to do it?

Eileen Dietz: Oh my God, so many things intrigued me about. First, I had done a lot of work on smaller projects and television shows in NYC, where I lived but this was the biggest feature I was ever asked to be in. And when I did the audition, they asked me to read the book. And of course the book was amazing. And anybody that likes The Exorcist should read the book. Thankfully, it just sounded like a whole lot of fun, plus work, plus money plus everything else. Of course, none of us knew that it was going to be the scariest movie of all time. 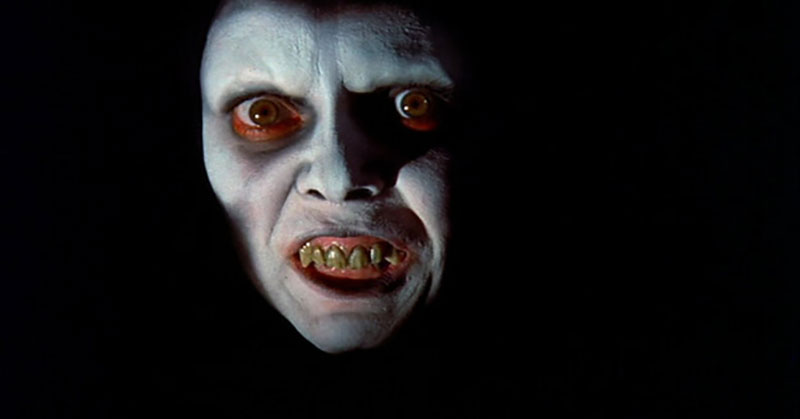 MB: The movie still scares me to this day.

ED: I would say they should have gone with the ending from the book, but they went with the easiest scare technique, going out the window. And there was no question that she was possessed. You know from the book, you’re still really not sure. Is it a psychological problem, or was she was indeed possessed? Obviously, the movie works. Bill Blatty, may he rest his soul (he passed on last year) was the screenwriter. He said, he and Billy Friedkin did not get along, and said if Mr Friedkin had listened to him, then we had an amazing film here, but if he’d listened to him, we’d have had a masterpiece. 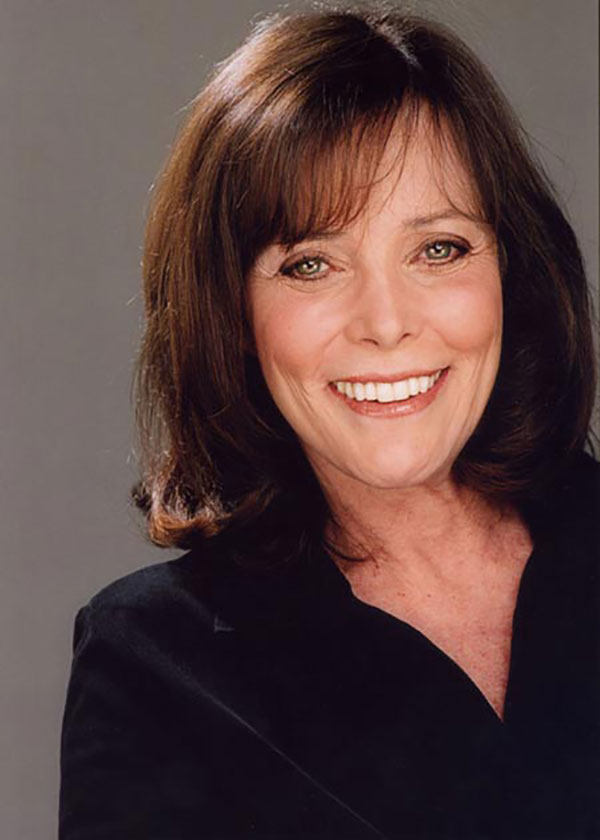 MB: I see you popping up on the convention circuit. What’s it like meeting all of your fans?

ED: Oh, it’s amazing. I mean really. It’s funny. The first time I really did that, it was different when I was on General Hospital, and it was totally different of course because we didn’t charge the fans.There weren’t any cons, you’d just run into people on the street or functions or something like that. When I do cons, it’s extremely tiring, which people don’t really get. You’re really on for eight, nine, ten hours meeting your fans. 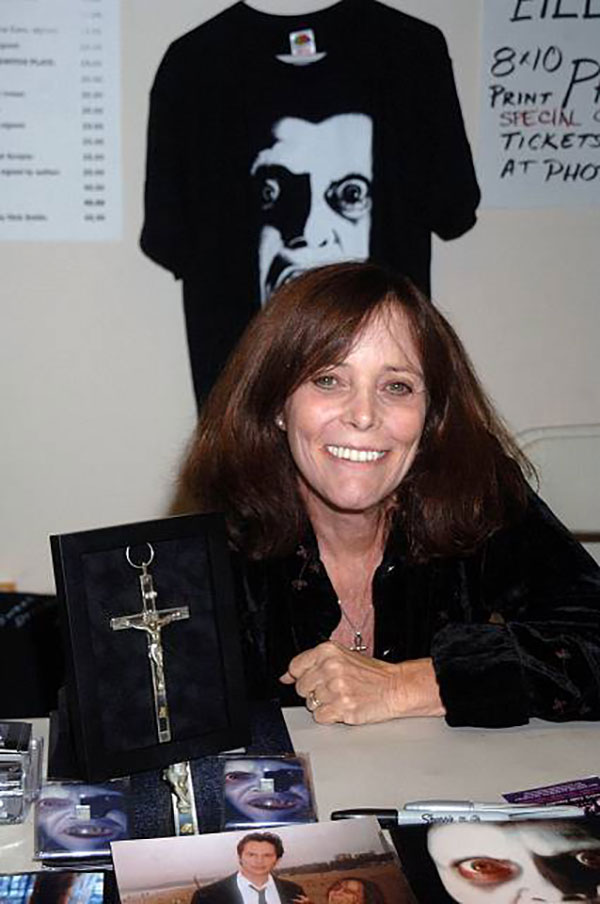 Everyone is so excited and happy to meet me, like it made their day or their lives or something like that. I find that extremely satisfying and nice — and kind of overwhelming sometimes. Like, “Wow, look at this!” There’s a line and people want to buy stuff. And talking of course. The questions are all the same, primarily the same, but it’s new for them. What I always like is, “Oh my God, you have no idea how much you scared me,” or “You entered my nightmares” (of course referring to Captain Howdy).

MB: In 2013, your book “Exorcising My Demons” was released. I have read amazing reviews, and it’s been very well received. What made you want to write a book about your experiences?

ED: Well, first I wasn’t going to write about The Exorcist until I had done a body of work so it didn’t look like I just wanted to make money off that film. So I didn’t write it until after I did Rob Zombie’s Halloween 2. So I could kind of bookend it. My manager wanted me to write the book, as we’d been thinking about it for awhile. The man who actually wrote it, Dan, is an amazing writer. The book will make you laugh, and it will make you cry — while you’re finding out everything you ever wanted to know about backstage at The Exorcist, my audition and how I became an actress. Stuff like that. So if anyone wants to find out about that, tell them to DM me on Facebook. 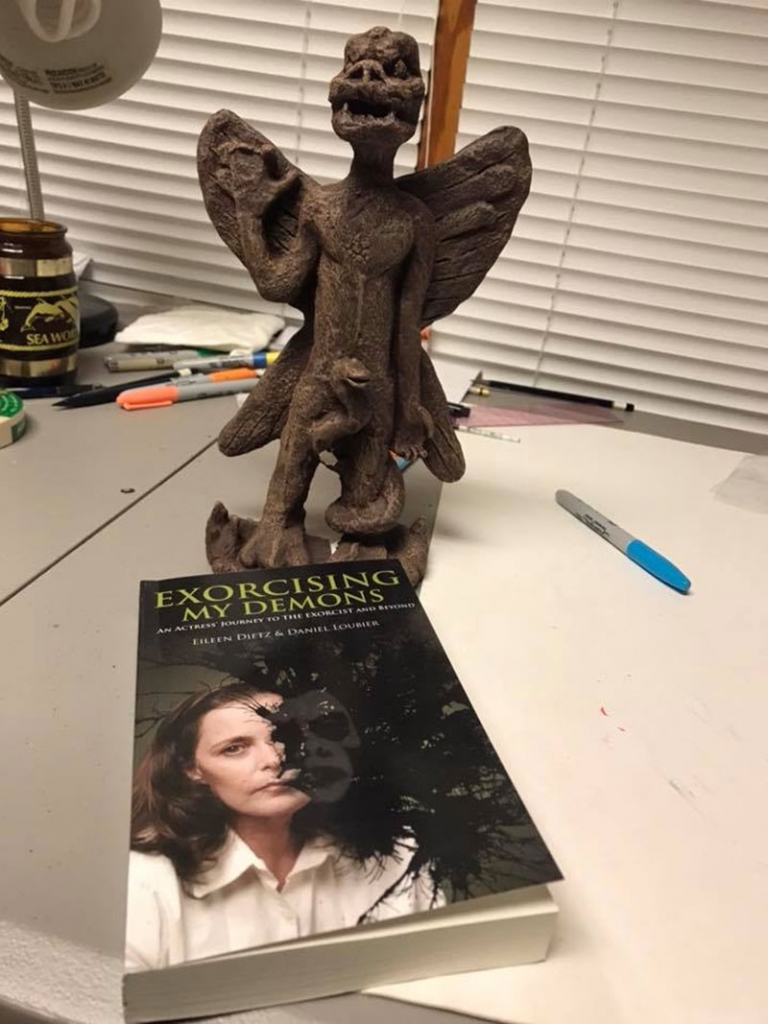 ED: I just like to work, haha. I love to work. Obviously the money matters, but taking the money aside, I just like to work. I like to be in front of a camera. The nice thing about doing indie films are the roles are much, much better. And bigger, and much more fun for me. Obviously I get lots of scripts just sent to me directly and not to my manager — and some of them are just, sorry guys, but some are just awful. There are a group of people out there now, who think they can just write a script with a bunch of blood and a lot of gore and a lot of sex, which is really the