With a breakout performance in “Close Calls”, the lovely and talented Jordan Phipps is definitely an up-and-coming talent to keep your eye on.

With the urge to perform running through her veins at a young age and a background in theater, Jordan Phipps has developed a passion for sharing stories with people through her characters. It’s an exciting time for her, as her first lead performance in a feature film, Close Calls, was released last month on digital platforms. The film is both wildly unpredictable and a wildly great time — and Phipps more than carries her own, giving an eye-opening performance while becoming the heart and soul of the movie.

Having recently added modeling to her already impressive list of talents, and with several more films in different stages of production, it’s this writer’s opinion that this talented beauty has a huge future ahead of her. For this reason, I’d like everyone to get to know Jordan. She graciously agreed to do an interview with me for Morbidly Beautiful. Read on, and then seek out Close Calls. It’s an awesome movie, and Jordan is an actress you’ll want to see more of! 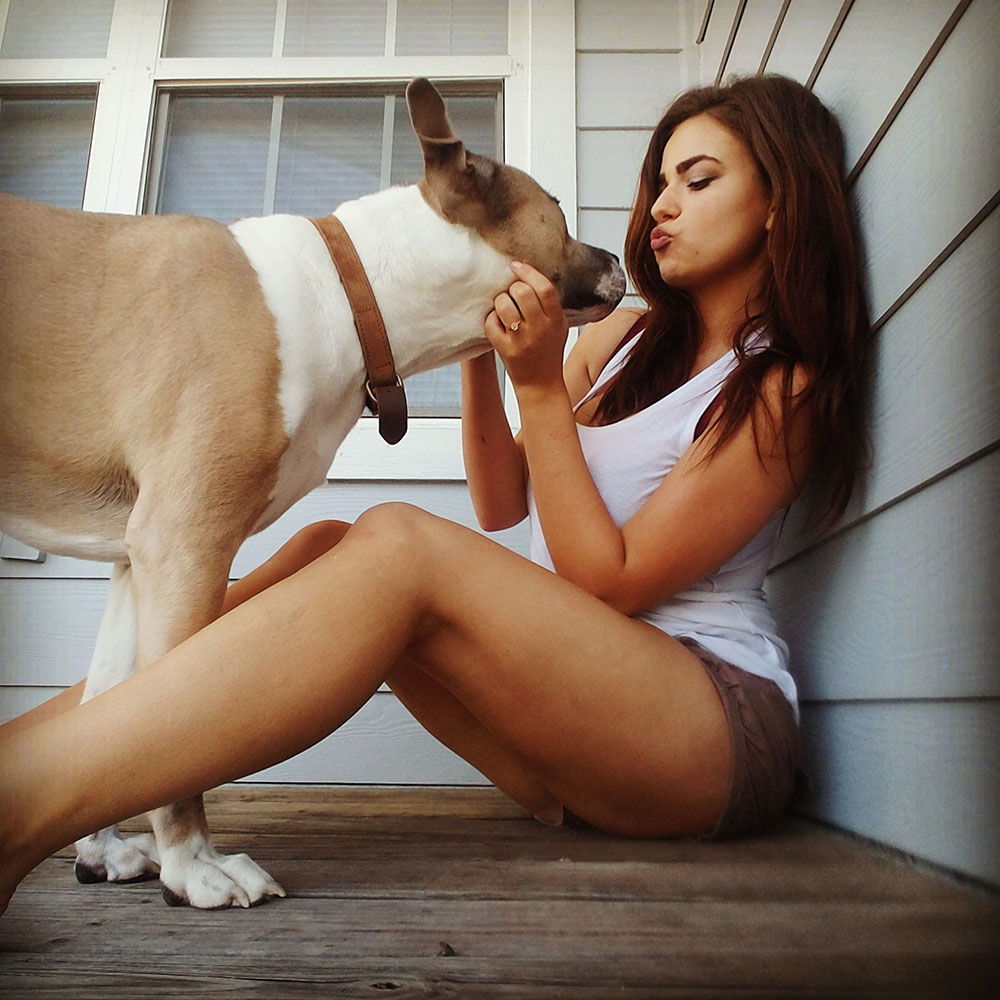 1. Tell us about your background in theater and how you got involved in that. What was your favorite production that you were a part of?

I actually always wanted to do theater over film, but I discovered that they’re both so different, and I have a passion for each of them in their own way. I was working in professional theater and dance at fifteen. I loved the rush from performing anywhere, but a special place in my heart is actually from a non professional show. I helped with music direction and choreography, as well as had a lead role in a show in college. We had just gotten a beautiful new theater built, and performing the first show to ever be on that stage with my friends was magic.

2. Because of your background in performing, did you find getting involved in modeling easy? Or was there a learning curve that surprised you?

I’d say modeling and performing are two totally different things. I’ve never thought of myself as “model-like” (I was an ugly duckling in middle school for sure, haha), but I’m finding it interesting to create art in ways other than performance. I’m getting more and more into photo shoots, which is a challenge for me. I get to hide behind my characters with acting, but with modeling it’s just Jordan. 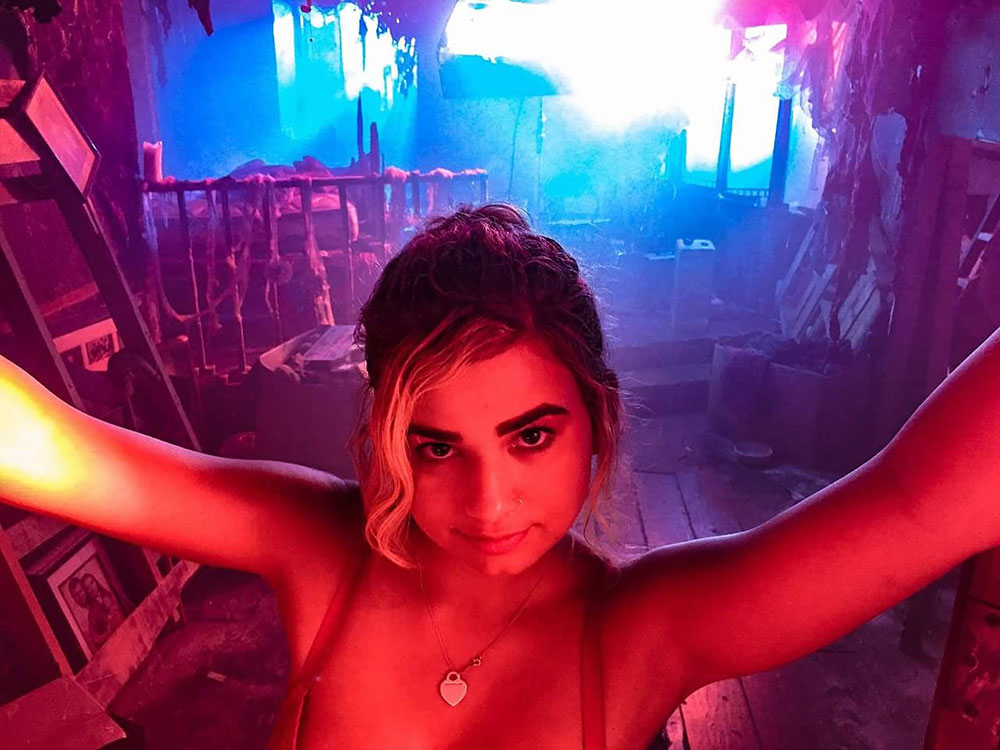 3. Have you found that any aspects of the modeling profession can carry over to performing in a film or the stage?

The only thing I can think of that would carry over would be being comfortable in front of a camera, and knowing how you move in your body. With stage work especially, you have so much blocking and space to fill at all times, and modeling can give you a bit of practice with that.

4. With Close Calls being your first feature film, how did you prepare for the role of Morgan, and What mindset did you have to get into to perform?

I really pick apart my characters. I had done that in theater, but I was really able to run wild with Morgan. I created her back story; I had her play list, Zodiac sign, favorite color, everything. I also was lucky enough that I related a lot to her, in a way. I was a rebellious 19 year old, but I also was always mature for my age. I wanted Morgan to be more than a rebel, more than a spoiled rich girl. I didn’t want to play her “safe.” The easy thing would’ve been to play into her drug habits, sexual escapades, and wealthy background. I wanted her to be different, real, and relatable. 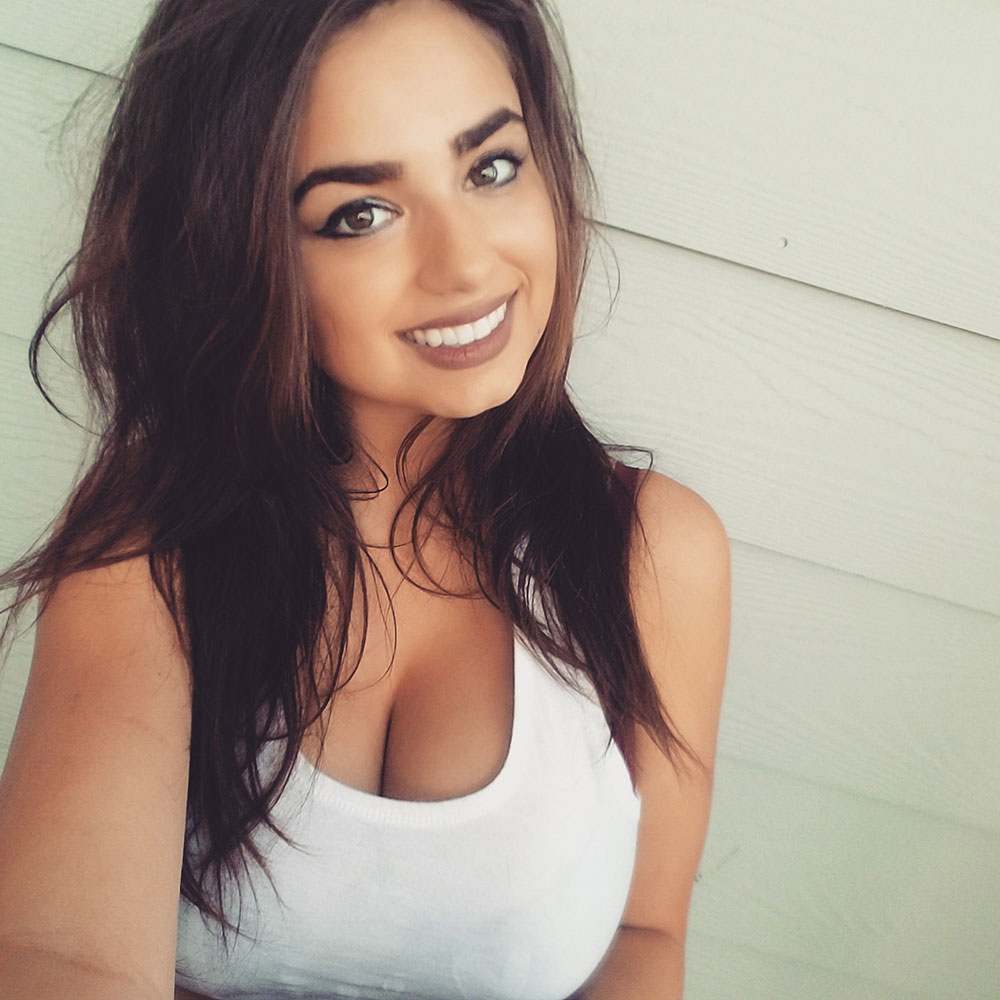 5. Was it a challenge to maintain that character for the duration of the shoot? How did you go about achieving this mindset before filming?

At times, yes. I’m not a method actor by any means, but there is a certain mindset I have to get into while on set. We had a difficult shoot with a lot of setbacks, but I made sure to get into my head space. My makeup time was always when I’d go over the shot list, practice the dialogue in my head, and zone in on Morgan.

6. There are a lot of physical moments in the film. What was the most challenging scene to film and why?

There was a lot that were difficult mentally and physically. Some of my most difficult moments were intimate scenes because I was so young and had never done anything like that performance-wise before. It’s a very vulnerable experience, but that’s where being on this set really taught me a lot about my boundaries as a performer, and what certain things are like.

But there were also very challenging physical scenes. Without giving too much away, I’d say the confrontation between Barry and Morgan. It was insanely hot temperatures, and I couldn’t leave the room as I was tied up, and we were worried about continuity with that. I had to take myself to a pretty dark place for that scene too. But after watching the finished product, it was worth it. 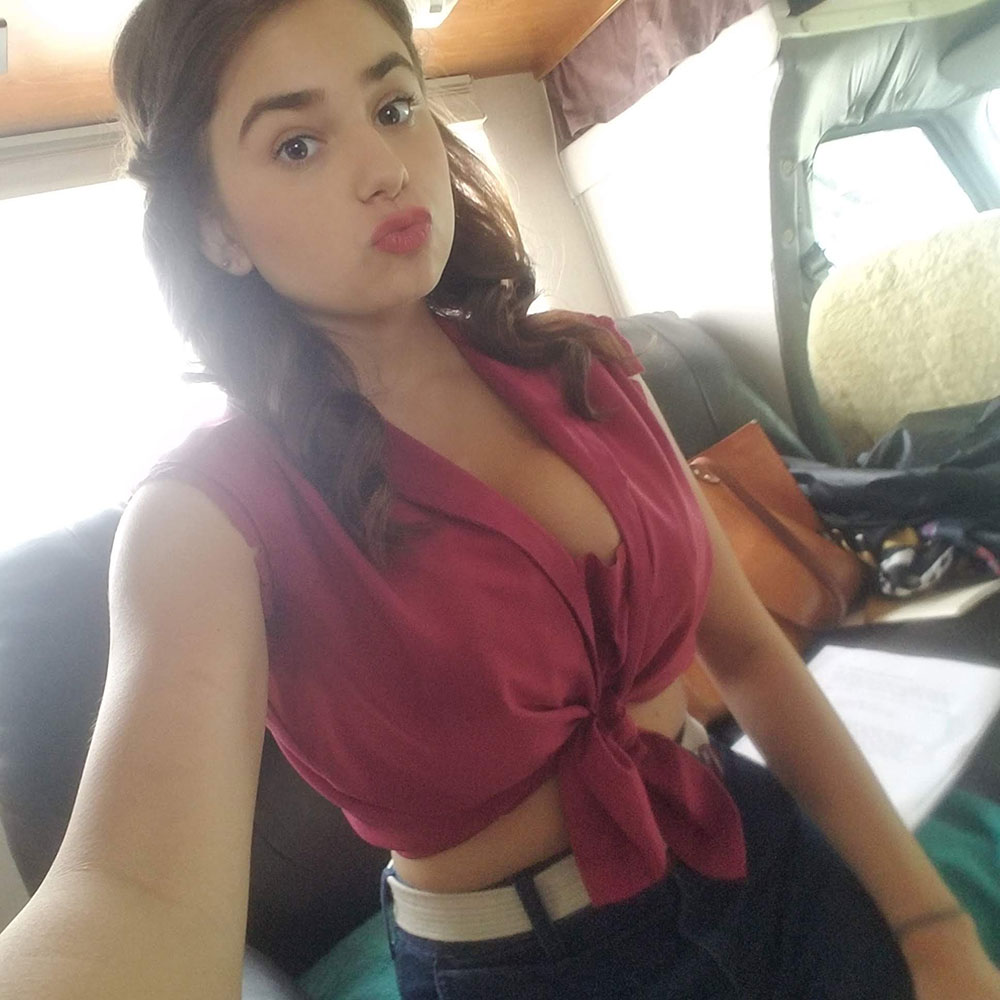 7. You have a lot of upcoming horror movies in various forms of production. Is horror a genre that you prefer to work in or do you plan on branching out to other genres? What other genre would you most like to perform in?

I honestly have no preference on genre. I wanted to become an actor because I feel that a gift I have is understanding stories, and sharing them with people. I love the horror genre and always have. I like working in it, but I have also expanded out into dramatic films, comedies, and action, and I love the diversity I have gotten to work with so far. I am a musical theater nerd at heart, so an ultimate goal would be bringing a stage show to film, but I also would like to explore more serio-comedic roles in the future.

8. You did such a great job as Agent Sixx in Amazon Hot Box. I would have loved a movie just about her! Any interest in more roles like that or action movies?

Thank you so much! I had a lot of fun working with those guys. They were great! I actually got to rehearse and film stunt choreography with some wrestlers in the Atlanta area, which was great. I love the adrenaline of doing my own stunt work for film. It’s something I honestly can say I enjoy. I stay active recreationally now. One of my favorite sayings is “the gym is cheaper than therapy,” haha. I would adore doing more action-based films.

9. Lastly, tell us about any upcoming projects you got going on and where fans can find you on social media to keep up to date with your work.

I am just getting back into the film/theater scene after dealing with some health issues this summer and moving from Atlanta. I have a few things in the works, some short films, a feature this summer, and I’ve recently been doing commercials and modeling. I am excited for the years ahead and can’t wait to share it all with you! You can find me on Instagram at @jordana_96, Facebook (www.facebook.com/jordana.711/) and IMDb (https://www.imdb.com/name/nm7123083/?ref_=nv_sr_1).

Thank you again to Jordan for taking the time to talk with us! We’ll be following her career and bringing more news about her in the future.