Panic Fest: The History of Metal and Horror (2022)

This long-awaited doc offers a compelling and entertaining (if incomplete) look at how horror & heavy metal have become inextricably linked. 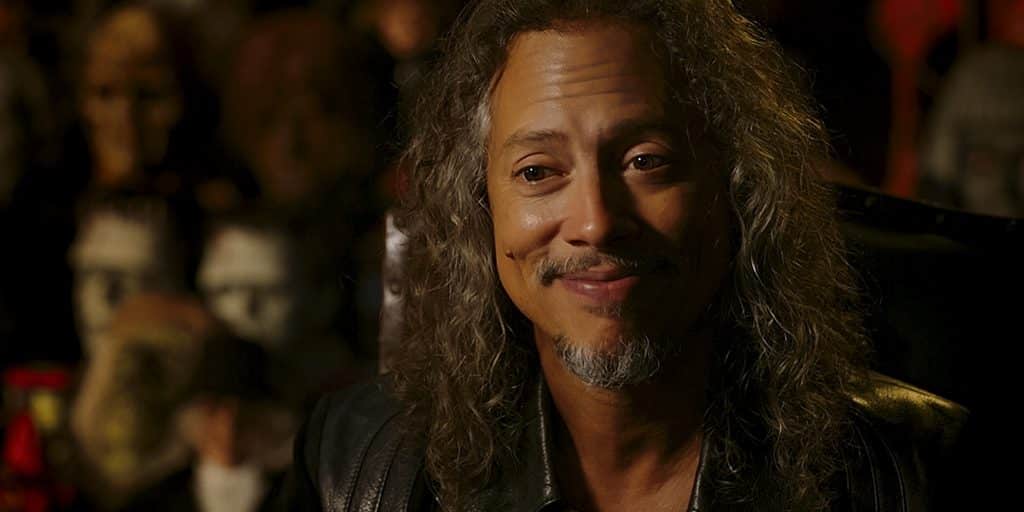 Given the recent rise of movies that finally throw the metal genre some love (Metal Lords, The Dirt, and Sound of Metal being a few of the standouts), as well as metal/horror crossover films (Deathgasm, We Summon the Darkness, Lords of Chaos), it was probably inevitable that we’d get a documentary bringing the two together.

Not that I’m complaining. I love both genres fiercely, so if I WAS to have a complaint, it would be that it took so damn long for a film like this to be made in the first place.

Screened as part of Panic Fest 2022, The History of Metal and Horror is, as the title suggests, an examination of how (and when) heavy metal music and horror movies became synonymous. Directed by Mike Schiff, and compiled in 2021, Metal and Horror is both a loving homage and a somewhat deep analysis of the metal and horror genres, primarily from the viewpoints of those embedded within them.

An ardent fan of both mediums, Mr. Schiff keeps the tone light and entertaining, generally skirting around or only briefly touching on the numerous controversies inherent in both genres. Which is probably for the best. There are plenty of other avenues to pursue if you want the salacious details.

Schiff clearly just wanted to give a loving shout-out to his favorite things, and with Metal and Horror, he succeeds admirably. Metal and Horror is accessible enough for folks with a casual interest. But make no mistake, this documentary is really geared towards existing fans of both horror and metal. Featuring a who’s who of industry giants, as well as some lesser-known or up-and-coming personalities, even the most rabid of horror-hounds and metalheads will likely discover something new.

Some of the heavies featured in this documentary include, but are not limited to Alice Cooper, Rob Zombie, John Carpenter, Kirk Hammett, Linnea Quigley, Scottie Ian & Charlie Benante, Sid Haig, Corey Taylor, Marky Ramone, Tom Savini, Doug Bradley, and many others.

If you don’t recognize most of those names, then I pity you. You’ve missed out on so much dark goodness. Good darkness? Whatever.

As a fan, it’s such a delight to see so many genre icons in the same feature, chatting up their love of scary cinema and heavy music. Many of these folks are my heroes, and I will always jump at the chance to hear what they have to say.

On top of that, metal and horror truly do blend well together, and though the film tries to dress up the “why” of this as some earth-shattering revelation, the reasons for such compatibility are really self-evident.

At some point in the documentary, it’s mentioned how silly it would be if Jason and Freddy were fighting while string music was playing in the background. This is entirely true. It simply wouldn’t work.

Ever watched a horror film with the sound off? It’s not scary. In fact, it’s barely engrossing. The right music brings the necessary oomph to the onscreen antics, elevating them beyond the sum of their parts. With many horror films, that music just so happens to be metal.

I mean, let’s face it, this really isn’t rocket science. Both genres flourished around the same time, attracting the same types of people for the same basic reasons. It was only natural that they would collide in the most spectacular of ways.

That said, the documentary does take its time getting to the why of it all. The history of horror is examined by those in the biz, and then the history of metal gets a turn. It’s only after delving into both that Metal and Horror truly brings them together.

From myths and fables to the music artists that paved the way for heavier music, the documentary touches on the basic foundations of each genre, providing a mix of expert opinions and observations from the creators themselves.

A common theme that arises frequently is the notion of horror fans and metal fans generally feeling like outcasts and are therefore drawn to the fringe entertainment that both mediums provide.

It’s not a new observation, by any means, but the fact that it’s brought up often cements the notion as fact.

This is where, for me at least, the documentary really hit home. While heavy metal might have originated with Black Sabbath in 1970, it really gained traction in the 1980s, spawning multiple sub-genres like death metal, thrash, black metal, glam metal, etc. Likewise, horror had been around for decades, from the Universal monsters to Hammer Horror. But with the advent of watching films at home on VHS, horror truly thrived in the 80s, bringing us many of the most iconic villains (Jason, Freddy, Pinhead) the genre has to offer.

Growing up in the 80s, as both a metalhead and a horror aficionado, there was certainly a double-standard taking place within society.

The Satanic Panic was a real thing, which Metal and Horror briefly touches on. And it wasn’t just metal and horror under attack; Dungeons and Dragons was also in the crosshairs. In fact, there was a huge push in society to quell all forms of “evil” entertainment.

Just look at the film The Decline of Western