Ally’s got a gun, something’s wrong with the neighbors, and fear makes monsters of us all in Episode 2 of American Horror Story: Cult 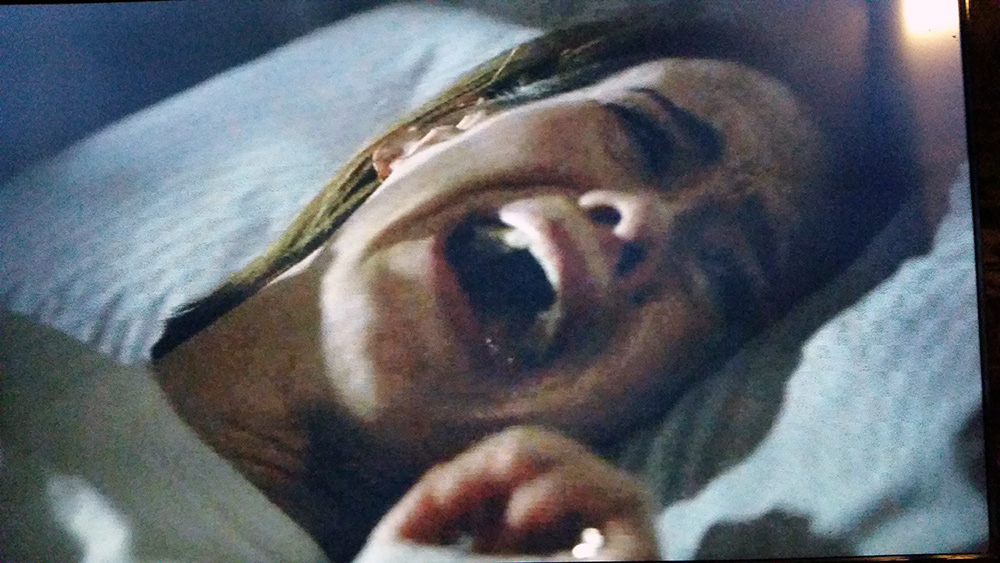 This week we are inundated with scary clowns, both in the theaters and on our tv screens. But one thing AHS: Cult gives you in “Episode 2: Don’t Be Afraid of the Dark” is an immediate jump scare.

After checking under the bed and closet with one knife between two women — very reminiscent of a certain Playstation game, Clock Tower — we are made to feel as if, once again, Ally is imagining rolling in the sheets with someone who definitely wears more makeup then her wife Ivy. Shortly after, Ivy does her best to get Ally’s motor running in a different, better way…but they are interrupted by their son Ozzy’s night terrors. He, too, has visions of terrifying killer clowns. 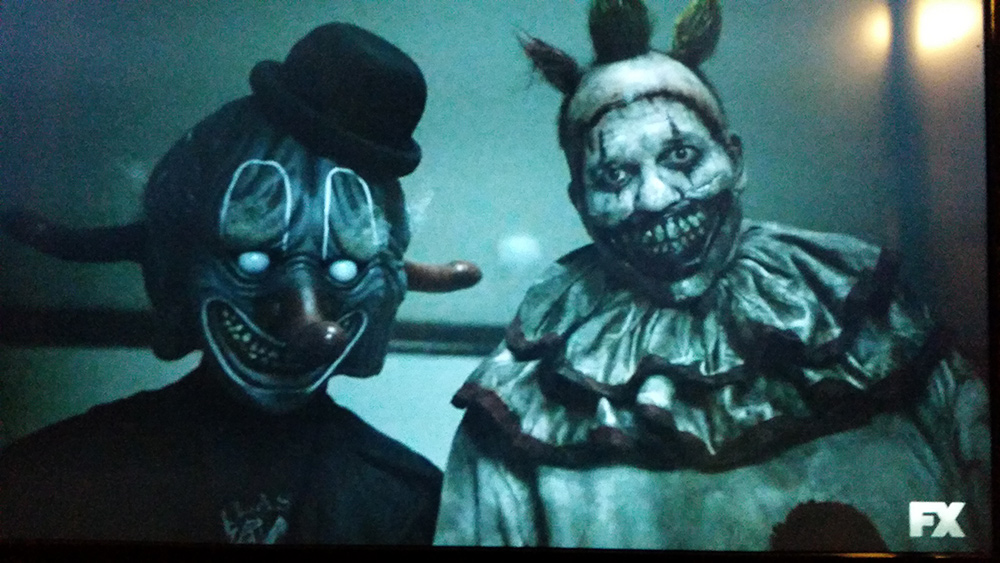 Want to meet the new next door neighbors? Moving in immediately following the gruesome death of the previous renters, The Wiltons (Harrison and Meadow) haven’t even gotten the blood stains off the floor yet. But they’re gleeful about getting a great deal on the house, living next door to two lesbians, and showing off their impressive beehive. I was literally thinking that the writer must be a fan of Beyonce when the next segment proved me right — Meadow quips how she can’t help but think of Bey whenever she makes lemonade.

In fact, it’s clear that the neighbors are fans of pop culture. In addition to Queen Bey, Nicole Kidman also gets some love from the couple who, we learn, are only together as a result of a pact they made. Harrison is undercover gay, and Meadow must be asexual — at least while battling skin cancer from too much sunbathing in her youth. 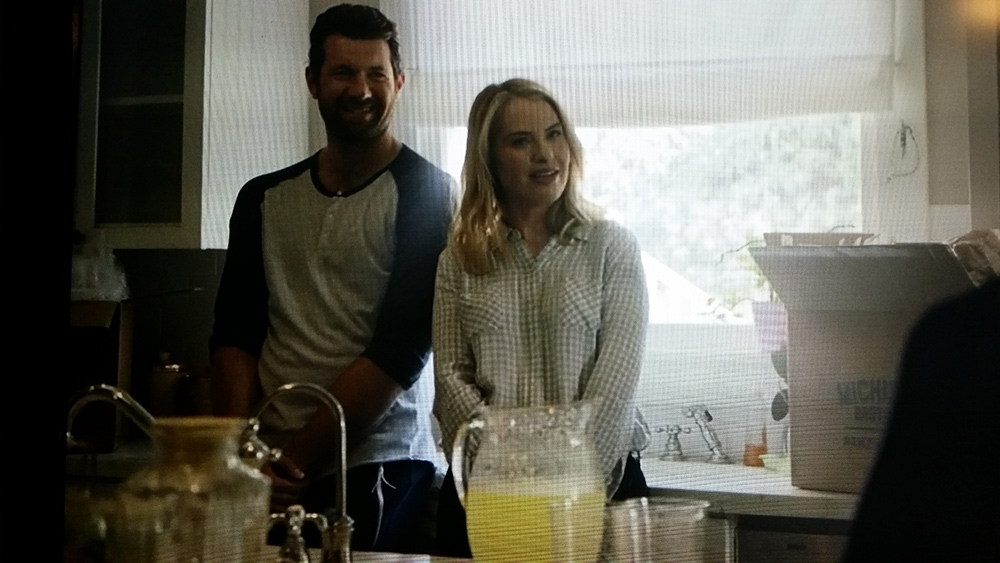 These two are blatantly honest (or are they?)  to the point where Ivy and Ally are eager to find any excuse to escape their “hospitality”. Once back in the comfort of their own clown-infested walls, Ozzy makes it quite clear he prefers the security of Ivy, forcing Ally has to volunteer to check on the restaurant when the security alarm goes off.

We already can foreshadow an incident that sets us up for a home visit from Ally’s therapist once she reveals what really happened that night. It wasn’t Rocky Balboa training and punching the meat, that’s for sure! 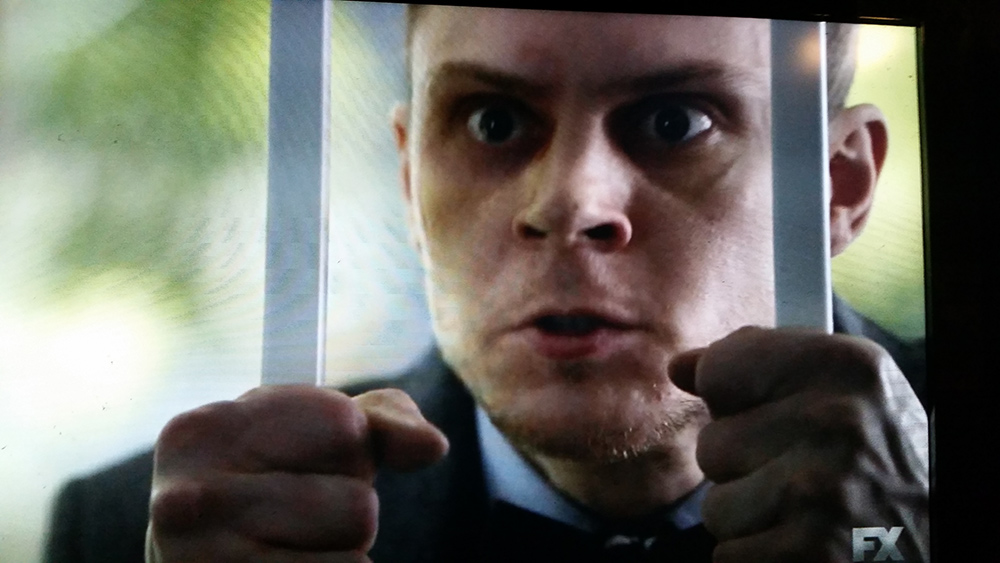 After all that Ally has recently been through, the last person you’d assume would show up on her newly barricaded doorstep would be Kai. At first, confronted with his nasty, (already infamous) “Enjoy your latte, bitch!” encounter with Ally and Ivy, Kai seems ashamed and apologetic — chalking the incident up to his clumsiness and an off day. However, when Ally stands her ground, he quickly turns into a chilling version of Mark Wahlberg’s menacing character in Fear. Kai adds fuel to Ally’s paranoia by referencing all the ways killers in movies con their way into their victims’ homes.

It’s hard to fathom that Ally doesn’t know by now with 100% clarity that this is all a setup, but she makes that point painfully clear by continuing to employ (and trust) the shadiest of characters so far — her nanny, Winter. Winter not only has an action figure of Twisty the Clown she secretly gives to Ozzy, but she leaves him alone with the new neighbors no one has met yet. 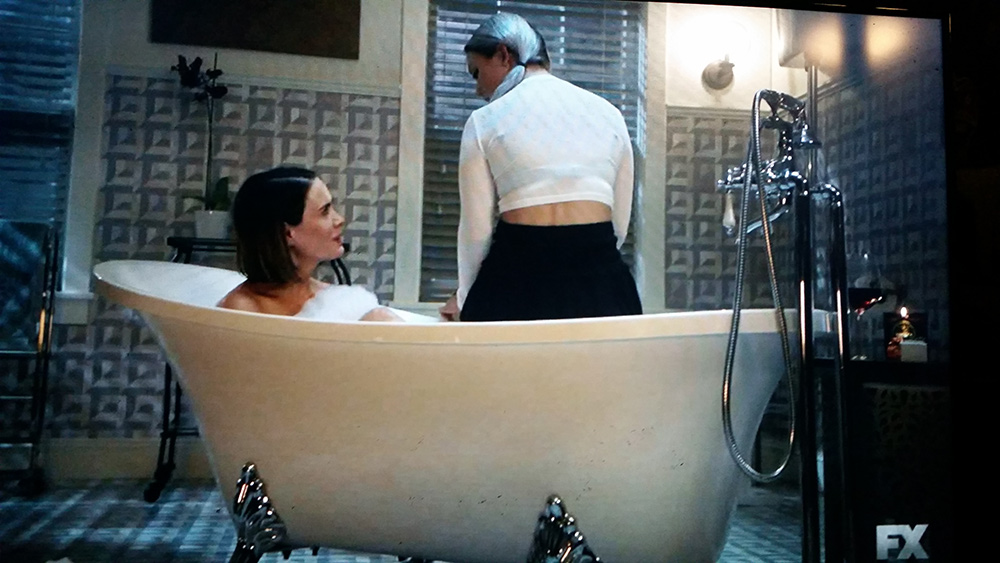 To top off her resume of talents, she tells Ally a better way of coping with her anxiety is to take a bath. She runs the bath water, then proceeds to give Ally a rubdown that almost leads to a kiss before they lose power. I mean, after the tension, the only thing to do is leave Ally alone, right?

It’s highly doubtful Ally is the one who gave birth to Ozzy when it takes her two clowns and a search for a gun before going to get her son. Are you serious??

Alas, just as Ally and Ozzy prepare to make a run for it, — headed, I assume to the home of the strange neighbors she didn’t want anything to do with earlier — the episode ends…with a BANG!!! 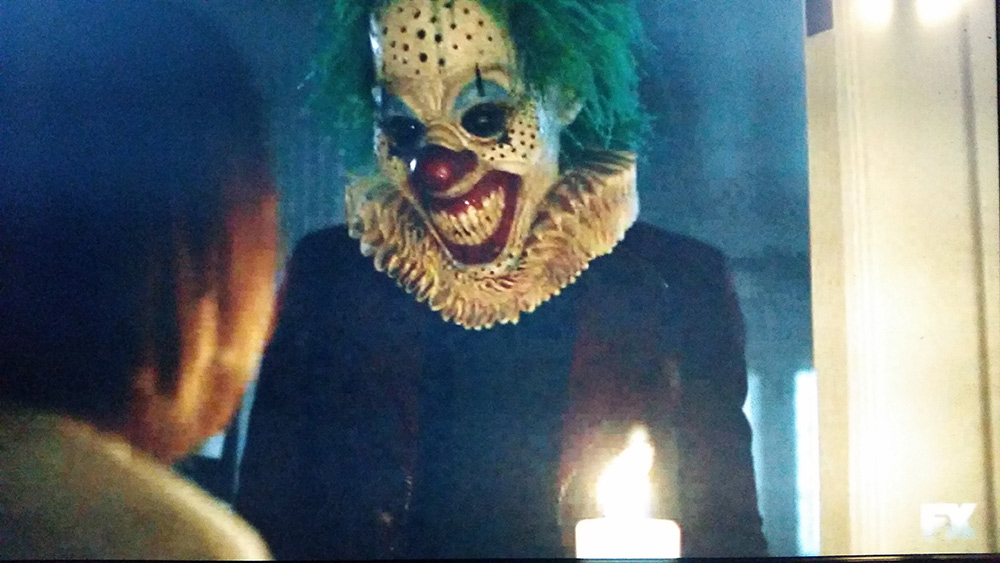 (All photos courtesy of Kym Bear, @cantbear2livewithoutit on Instagram)