“God damn right, you should be scared of me. Who is in control?” 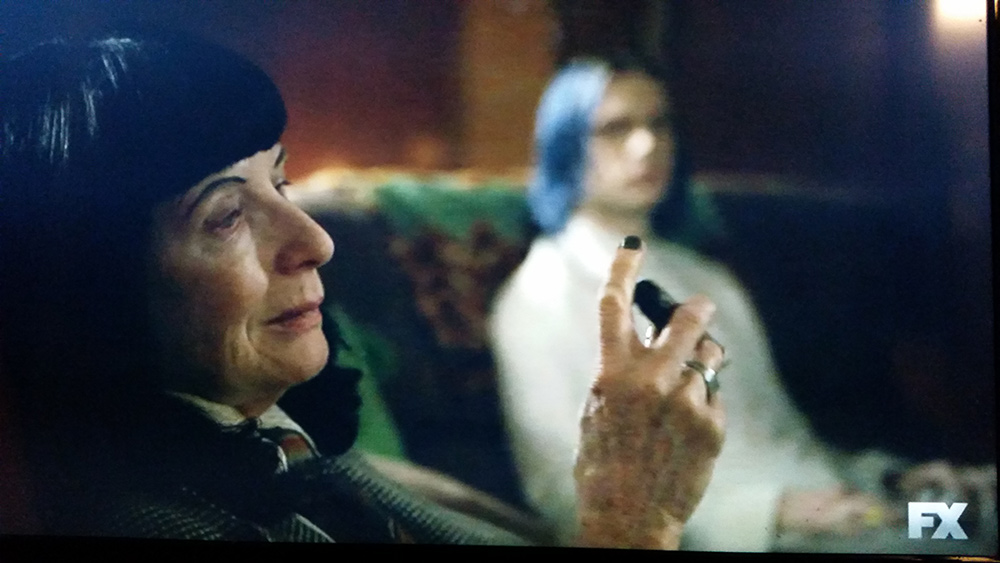 Can’t we all just get along? Apparently not. In this episode of of AHS Cult, we backtrack into an era of feminist empowerment at the detriment of all turds. If this is a man’s, man’s, man’s world, James Brown, then it wouldn’t be nothing without a woman — or, a lesbian in this case — killing off all the turds one by one.

We are introduced to Evan Peters, now portraying (in a spot on performance) the famous artist Andy Worhol in the 60s. And we get to witness the attempted assassination of Warhol by Valerie Solanas (guest star Lena Dunham), following a real life altercation between Warhol and Solanas regarding Solanas’ unread and unreturned manuscript. Valerie felt as if Andy intentionally lost her manuscript, a representation of the patriarchy refusing to let women shine. 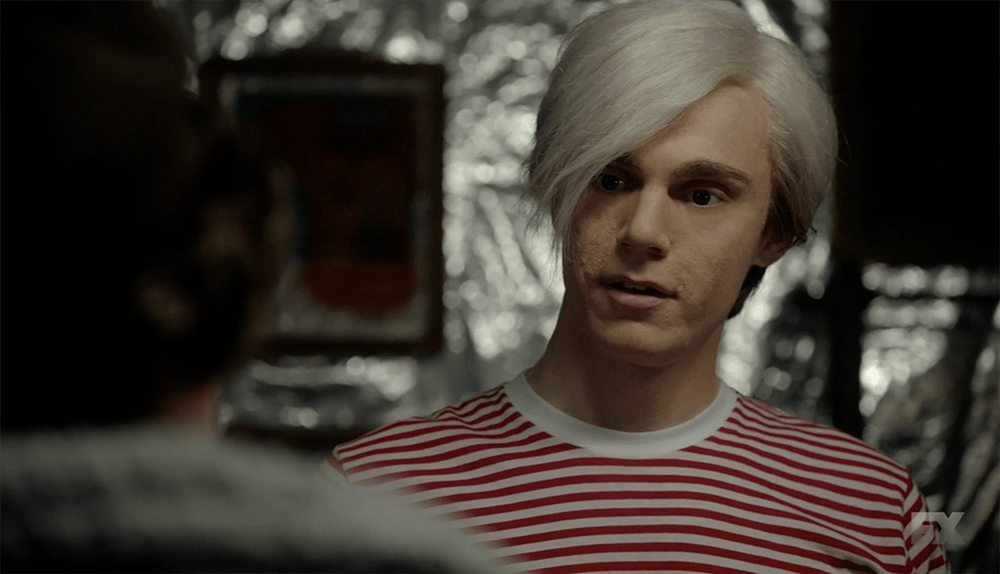 This event triggered a woman’s cult movement, guided by Valerie’s SCUM (Society for Cutting Up Men) Manifesto. The Manifesto became her most famous written work. In it, she lays out her belief that all men should be removed from the planet, as they do nothing but deter women from growth. Valerie’s cult (which includes AHS alum Jamie Brewer) also tolerates (at first) the gay man, but only if he’s willing to totally subjugate himself.

We’re told the story of Valerie’s rise and fall from the female-centric cult via a cigar-smoking radical feminist named Bebe Babbit (played by the magnificent Frances Conroy). The cloaked, bewitching beauty mysteriously appears to Beverly with an offer to help Beverly and the women of Kai’s cult break free from Kai’s oppressive, patriarchal leadership. 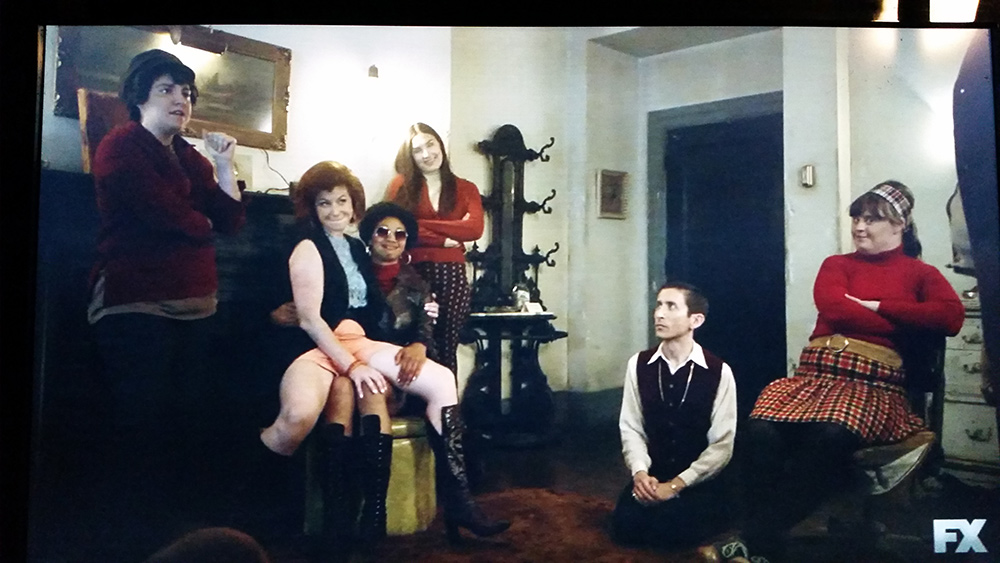 Bebe was a former member of the SCUM cult and the love interest of cult leader Valerie. When Beverly introduces Bebe to Winter and Ivy, she recounts the details of SCUM’s attempt to carry out Valerie’s Manifesto. She also drops the shocking bomb that the cult was actually responsible for the unsolved murders attributed to the Zodiac Killer.

But things go bad when a man tries to take credit for the women’s work. After another stint in a mental hospital, Valerie seeks her revenge against one of the male traitors in her group, violently killing him and sticking his privates down his throat. It was quite uncomfortable to sit through an episode where so much disdain for men occurs. I feel empathy for all the testosterone having to stomach this hatred. 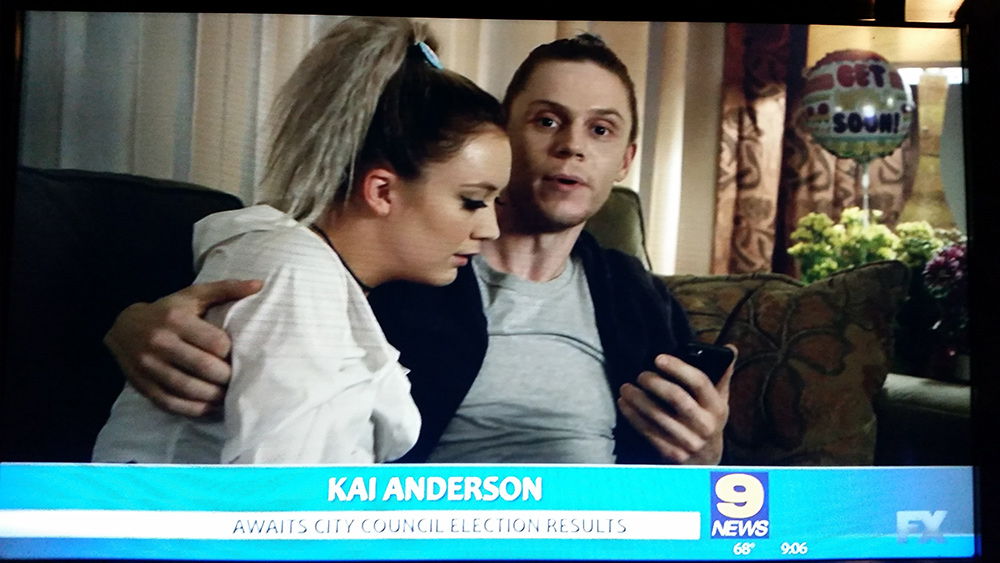 Let’s go back to the future for a minute, where Kai is up 20 points after Meadow attempted to kill him. He gets a coveted retweet from none other than Eric Trump, and Winter can’t make up her mind whose damn side she’s on. I’m assuming her own!

Once the mysterious cloaked woman from the Coven (wink, wink) shares her story, the women of Kai’s cult all want to make it known they aren’t inferior to men either. Beverly is especially pissed because Kai is not making it his business to promote the equality he so promised, now that he’s got a foot ahead of the political game. 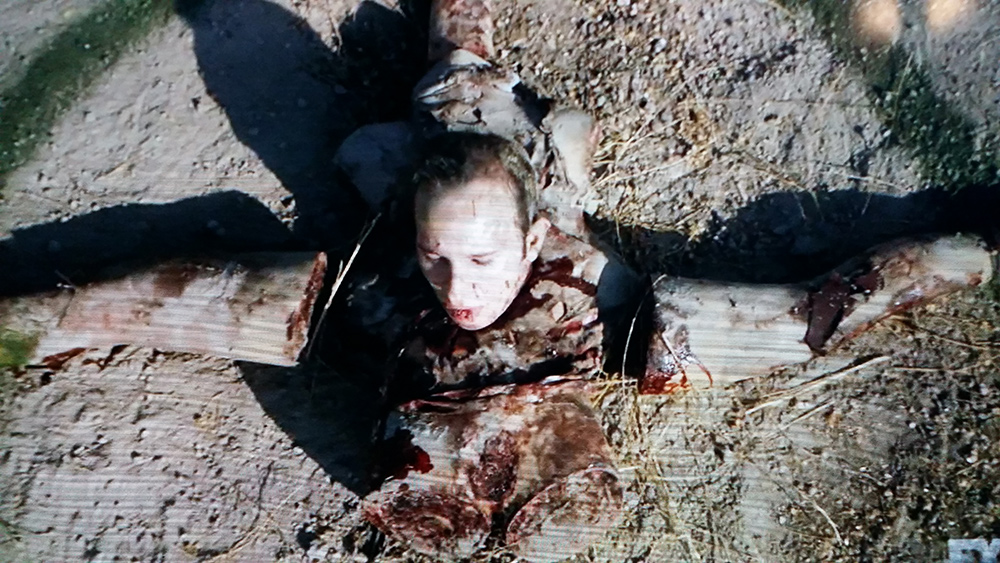 As Kai is visiting his dead folks in the upstairs bedroom, Winter is forced to nervously explain the SCUM book her brother found in her room. Rather than appear angry, Kai admits he thinks it’s brilliant and wants to come up with his own acronym for promotion on social media. He discusses two rather disturbing ideas he’s considering: FIT (Fear Is Truth) and MLWB (Men Lead, Women Bleed).

For obvious reasons, this immediately disturbs Winter, and she tells him she doesn’t think the last one will go over well. He quickly agrees and blames Harrison for the terrible idea. Unfortunately for Harrison, that’s enough to seal his doom, and he becomes the first victim of the new incarnation of SCUM. As Beverly reports on the gruesome killing (while Kai watches on television), she makes it clear that this could be a sign of bad things to come. 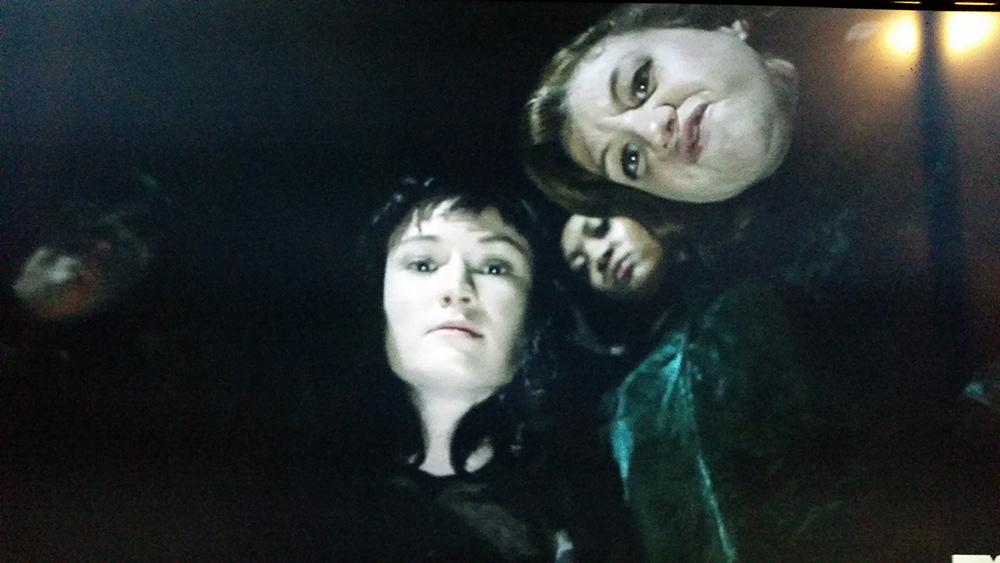 And just when you think the women have turned the tables, we get the twisty reveal at the end. After Kai finishes watching Beverly try to stick it to him, he slyly turns to an unseen companion and says, “They’re at their best when they’re angry, don’t you think?” The camera then reveals none other than Bebe Babbit herself. She takes a puff on her cigar and replies, “Aren’t we all.” The two sharing a knowing smirk, and the credits roll.

This episode succeeded in making me madly want to see a war, and I won’t have to wait long because The Walking Dead returns this Sunday. Who will prevail and win my horrific heart, AHS or TWD? Ah, the problems of a girl hooked on horror!

(Most photos courtesy of Kym Bear, @cantbear2livewithoutit on Instagram)