Trust no one, watch out for trouble in the ‘Rear Window’, and get to the root of evil in Episode 5 of American Horror Story: Cult

“I think the whole world addicted to the drama. Only attracted to things that’ll bring you trauma.” 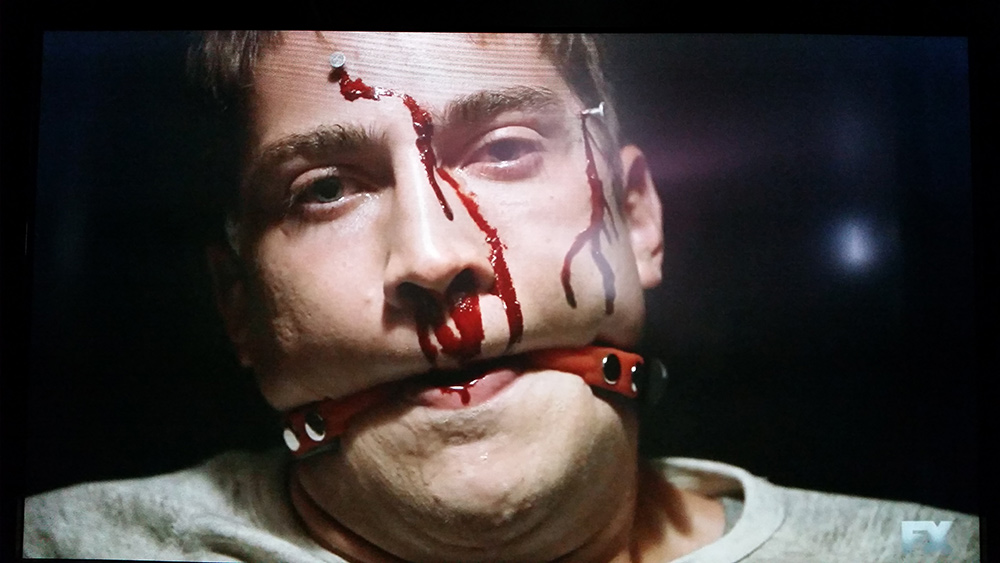 Talk about a nail biting episode where all the proverbial holes get filled…. with corpses. Well, maybe there’s also a cool decaying bed & dead body breakfast opening up in town as well.

I had all but wished Ally dead already from being so damn naive, but she’s got her fair share of white woman issues. She might be the only lesbian in existence actually scared of holes, which explains the lack of tongue she lashes back with — except to her therapist. How many things is this woman scared of that she’s being forced to face? How is she not fighting back yet? Will someone call Sidney from the Scream franchise and help this soul out defending herself!!!

She honestly had to have done more then just make the wrong vote for Ivy to turn on her so maliciously. Let me lower my “Where’s the Love ?” song from The Black Eyed Peas Featuring Justin Timberlake and digest this sick twisted town some more. 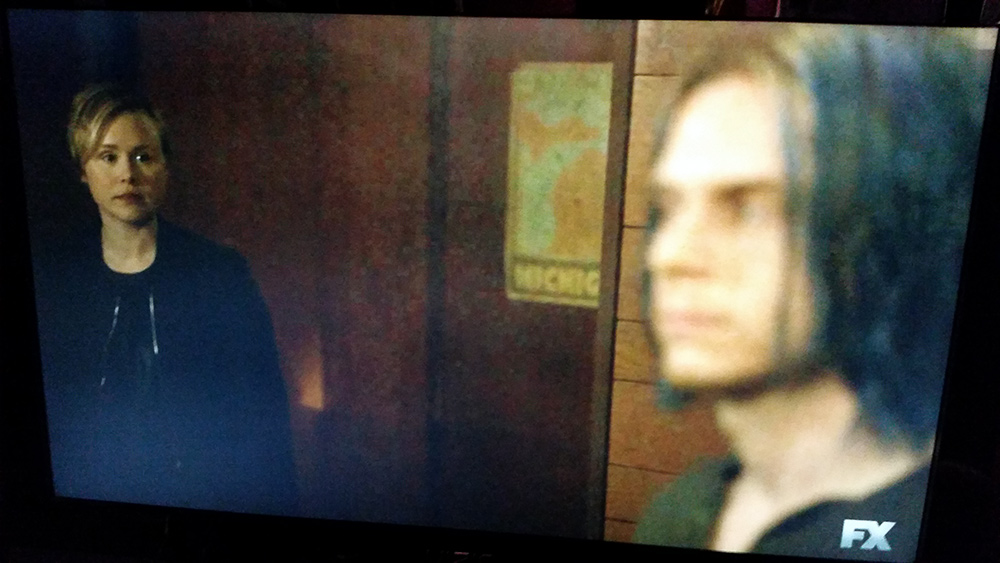 Hidey Ho Bitches! There’s a lot of clown unmasking in this 5th episode, and hopefully some of you made the right assumptions. The whole damn town is in on this cult, including Ivy, who casually walks in late to a meeting and is chastised by Kai. All this power tripping for a place in Congress. Let me recenter my thoughts to this show and not our real life circumstances.

We get plenty of BTS flashbacks of the killings thus far — and see who is really there to shine as the “Killer of the Week” in the murder club. Ivy showed some weakness when a poor innocent gimp, incapable of seeing or hearing, got the hooks ripped out faster then you can say Twisted Sister Captain Howdy. 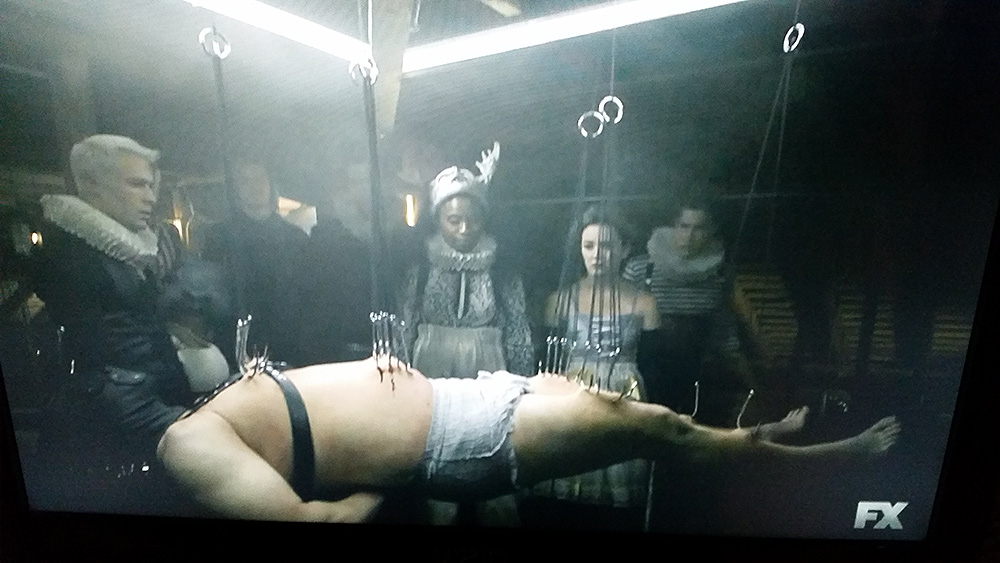 At least she was smart enough to vomit in the toilet so the cops don’t find her DNA. Ah, but silly me, as the cops are in on the madness. So much for kinky sex fetishes, Bob. Looks like you might of prematurely fired Beverly because she’s sensationalizing the Thunderdome to the hatchet news in her 11 o’clock headliner piece.

Speaking of heads, they may not have rolled in this hour. But Kai’s cult played a sick game of nail gun roulette with one of their own weak-minded members. Poor RJ had to sit through the pains of having Ivy shed tears over him without any kleenex to wipe her pretty little nose. Kai wonders why she’s so squeamish when she deals with raw meat all day as a chef. Guess it doesn’t all kill like chicken, Kai. 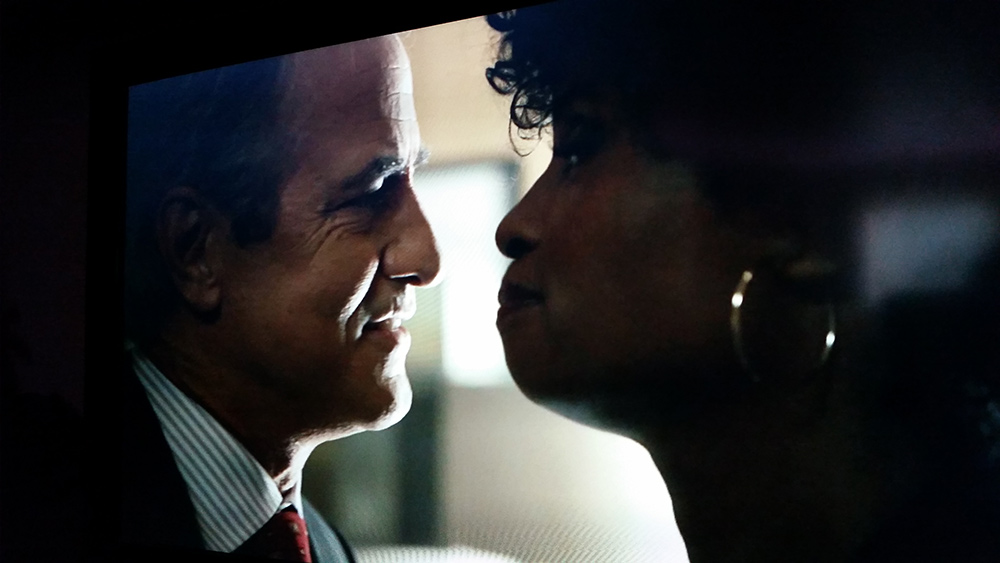 The real question of tonight’s episode is if Kai is really the leader. Has anyone else taken notice of how truly keen Miss Beverly is? Points to her for finally getting Kai to tell us about his parents and why he lives in an old school environment. How many of you thought Kai killed his folks? Now how many of you expected to hear he still lives at home with his parents? I mean, technically he does since they are rotting in the bedroom upstairs. Talk about it being a good thing the local supermarket guy is in your cult. You’re gonna need those lysol discounts!!

His dad was an epic douche that pushed his mom to the brink of a murder/suicide right in front of Kai. Guess that’s when he decided he can now grow his hair long and dye it blue. Might as well look more disturbing knowing his brother is the real nut job who thought it best to keep the deaths hidden so the money doesn’t stop rolling in. Guess they didn’t have any friends to account for them? No more festive holiday gatherings for this seriously dysfunctional family. 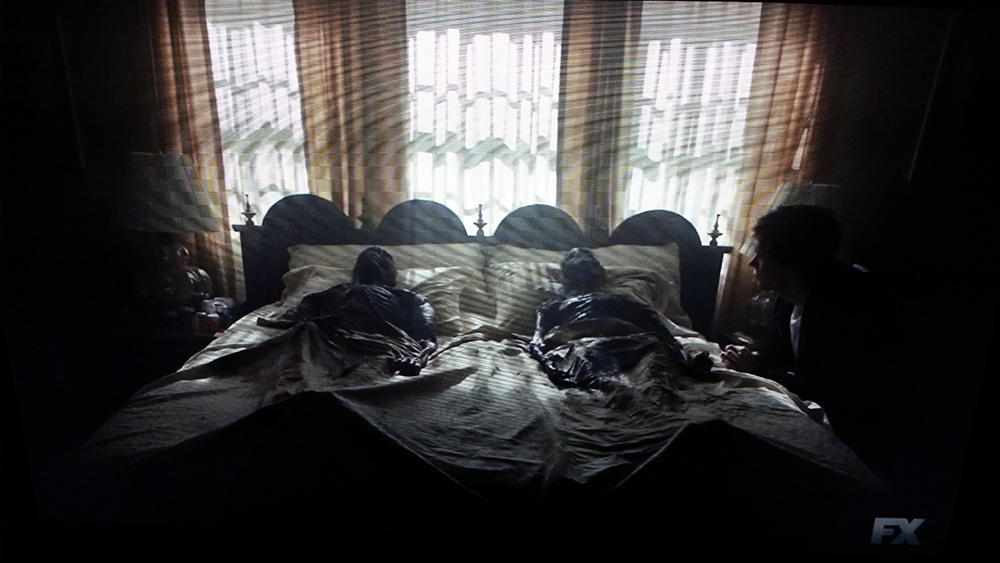 Let’s fill in the most pivotal hole. Ozzy has returned. No, I’m just messing with you. Though they did explain his absence as staying in a hotel room and having overnight sleepovers with friends and monitored visitation rights with Ally.

The real AHA moment came when Ally took inspiration from Alfred Hitchcock and peered through the window of her son’s bedroom, using his telescope to spy on Harrison across the street. Not only was he partaking in some seriously suspicious activity, but he was also partaking in extramarital activities with the platinum blonde Detective. 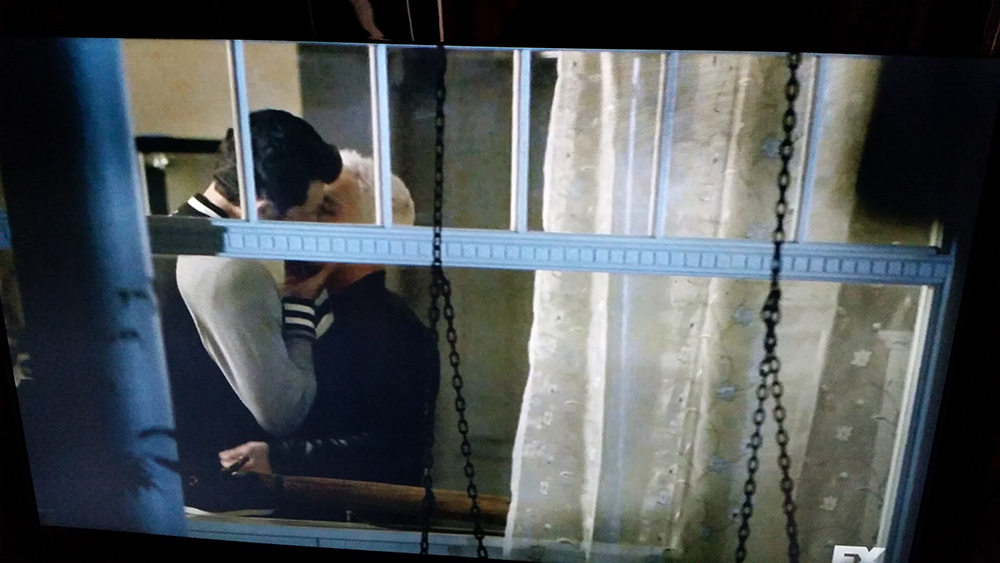 Let’s shut this shit down like Negan in The Walking Dead and rush over with a baseball bat to find a deep hole. C’mon Ally, breathe, and move closer…it’s Meadow. Ally, you did it. You found Meadow crying for help. Wait, no, there goes the noise that sends Ally timidly running back behind her closed door and calling her wife for help.

But unsympathetic Ivy is done hearing about her phobias, and Meadow manages to climb out of the hole with no help from Ally. She proceeds to slam on her window and door begging to be let in — but no such luck as Ally is a crying mess. Before poor Meadow ends up with a bag over her head, she manages to spill all the horrific tea. Everyone is in on it, Ally, even your wife who…um…is still on hold. 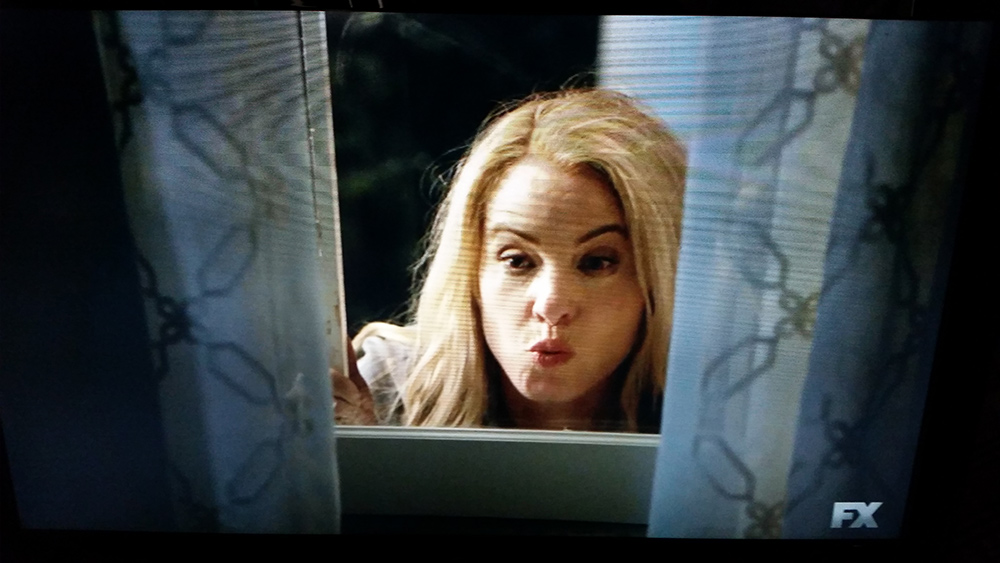 Cut to if it was me I’d be getting my keys getting in the car, driving to another state, and reporting all this shit to someone not in this jurisdiction. But, what Ally will do will lead us deeper into these horror holes she’s so shook up by.

Stay tuned…there is more than just a Cult of Chuckies in this here town, and you know you wanna keep playing!!