It’s that time of the season where we all cry over spilled milk and try to make sense of the madness in Episode 10 of American Horror Story: Cult 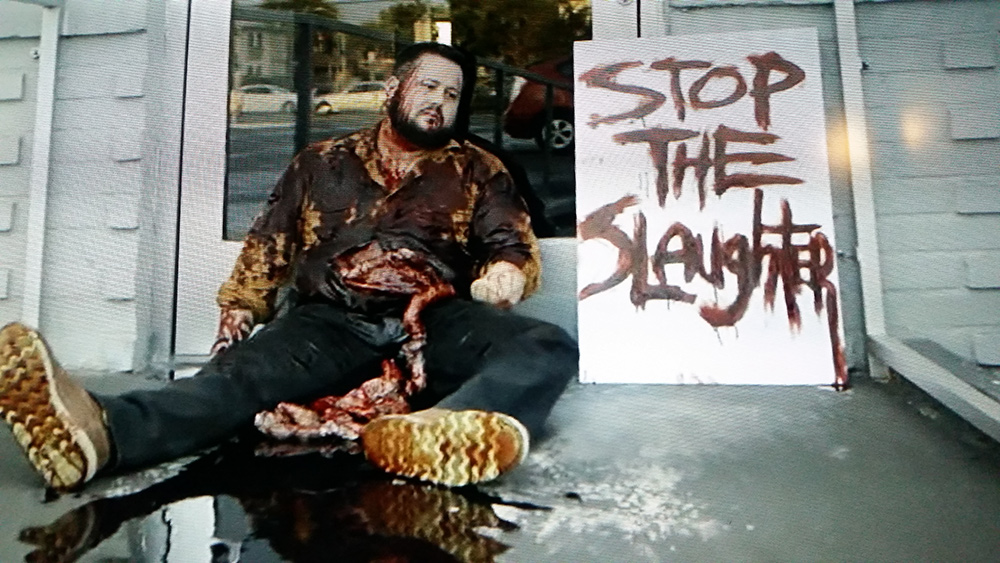 Who else wishes right about now that they never joined this damn cult after tonight’s episode? Without fail, almost every season AHS fails to land a solid plot and score reasoning of why it’s in its seventh season.

If the Valerie Solanas episode was our highest contender for epic fail scores, Manson just surpassed her in disgust factor. Why not just read the Wikipedia for all these past historic cult meetings? Is this a horror show on FX, or did we sell the rights to the History Channel?

I thought having to rehash the final debate of last year’s presidential election was painful enough. But the plot twist that Bebe is misusing her anger management counseling skills is the true high priestess witch in this season as well. To think Kai was just slightly perturbed scum until she revamped his mind for her benefit so her ex can have the true glorious victory of having all men wiped out from the planet. 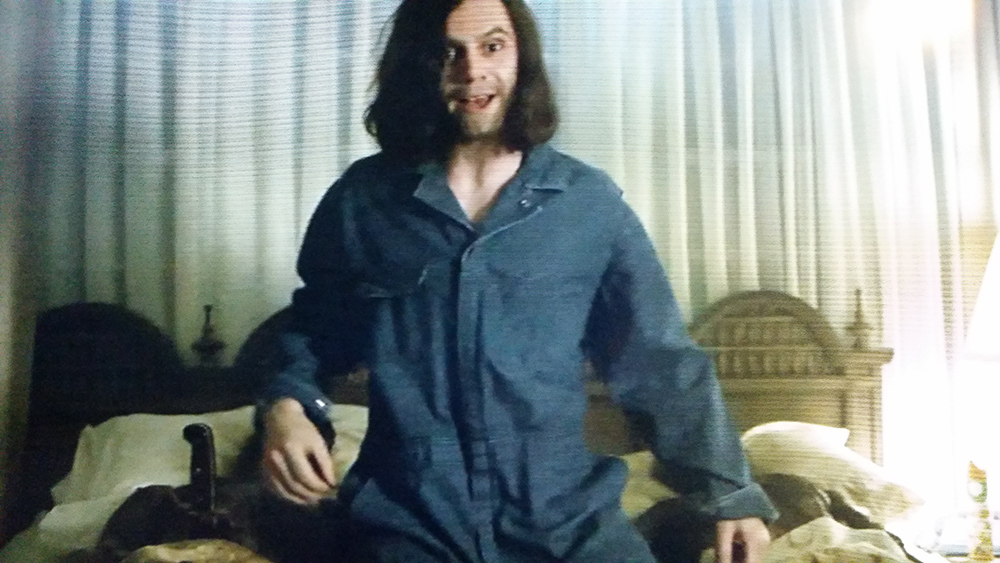 What better way then through Kai…and his now seven different characters portrayed.

I feel like someone should get me a whiteboard so I can connect all these characters with the multiple roles being cast. Now Evan Peters even gets to act in the same  split screen as Kai and Charles Manson, who earlier was portrayed in storytime by gay hubby Harrison.

Look there goes Meadow Winter, and, Ally…all ready to kill the famous actress Sharon Tate and her unborn baby. 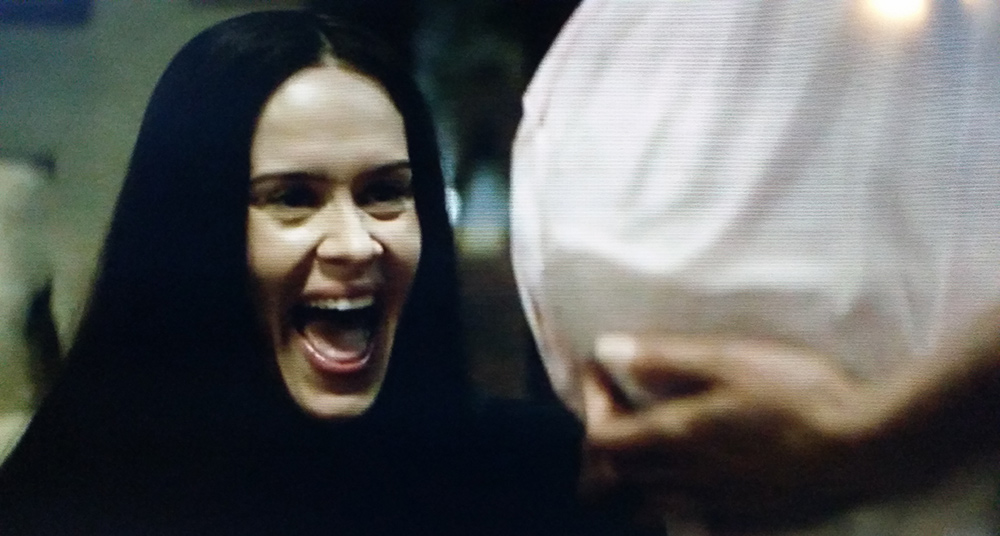 If that wasn’t bad enough, Gary played by Chaz Bono gets sliced up to be placed in front of an abortion clinic with a sign proclaiming in his blood to “Stop the Slaughter”. Can I ask the readers a logical question? Why do these cult members still need to wear clown masks to kill their own members. Seriously. Making them feel more inferior by letting them see someone else in their garb? Way to go Kai.

We also have managed to break Beverly. She’s acting as if she’s reading a teleprompter straight from a hooked on phonics class. Kai now has put the fear of the Devil in her. Even with Winter plying her with a free train ticket, she refuses to wind up back in that isolation room. I’d be willing to go in myself if the writers would just rewrite this script. 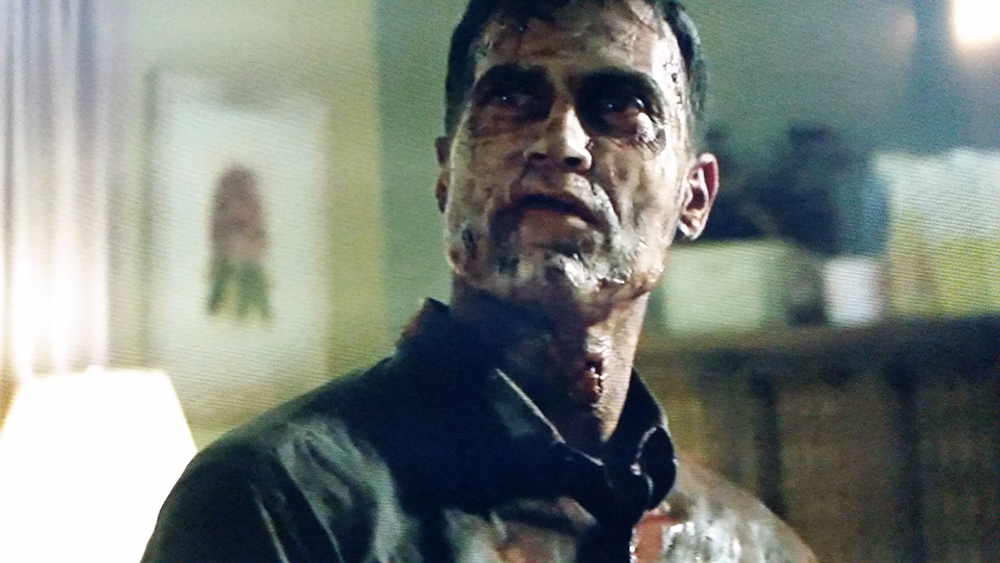 Winter is still apologizing to Ally about truly loving her wife. She even has the balls to ask if she died in pain. She doesn’t believe her brother bear’s story about Ivy up and running off — not without at least saying good-bye.

Meanwhile, Kai’s increasing instability causes him to hallucinate like he’s a character in An American Werewolf in London…as the dead return to haunt him. As he starts to crack, his brother pops up from the rotting death bed to give some encouraging advice. That is until Kai Manson takes him out for a second time. 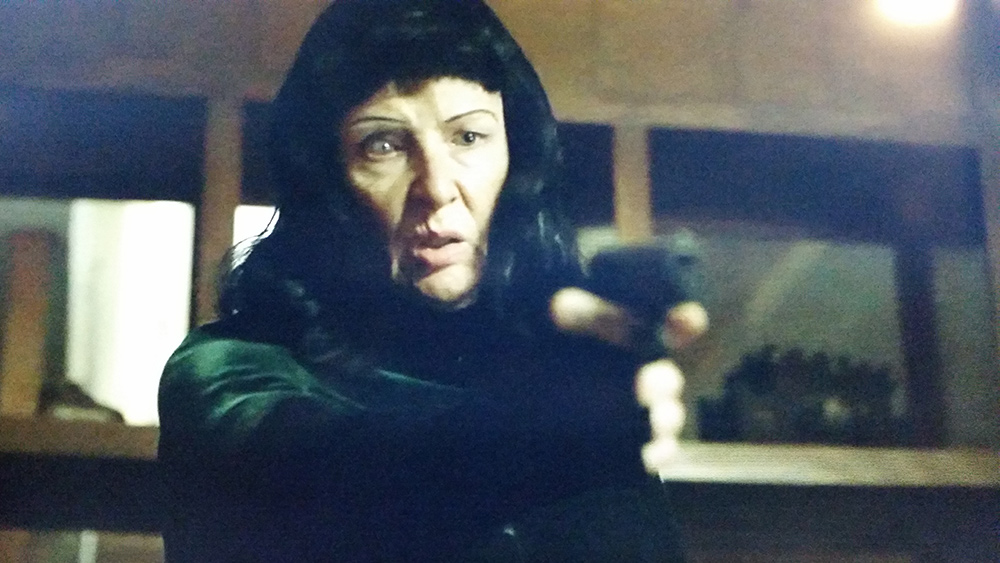 Manson recalls his mistake was not foreseeing the female about to betray him. Ally, of course knowing her wife boned Winter, has the perfect setup to start a domino effect that leads to a makeover for Kai by Winter followed by him strangling her to death. Seems like Ally is now in charge, as she not only kills Bebe but claims to know who the real mole is.

Speedwagon…I’d get my motor running. But, unfortunately, it stalled on an episode where milk runneth over mace and a finale that can’t come soon enough.

With just one episode left, to be directed by the great Jennifer Lynch, can this Cult manage to make American Horror Story “Great Again”? 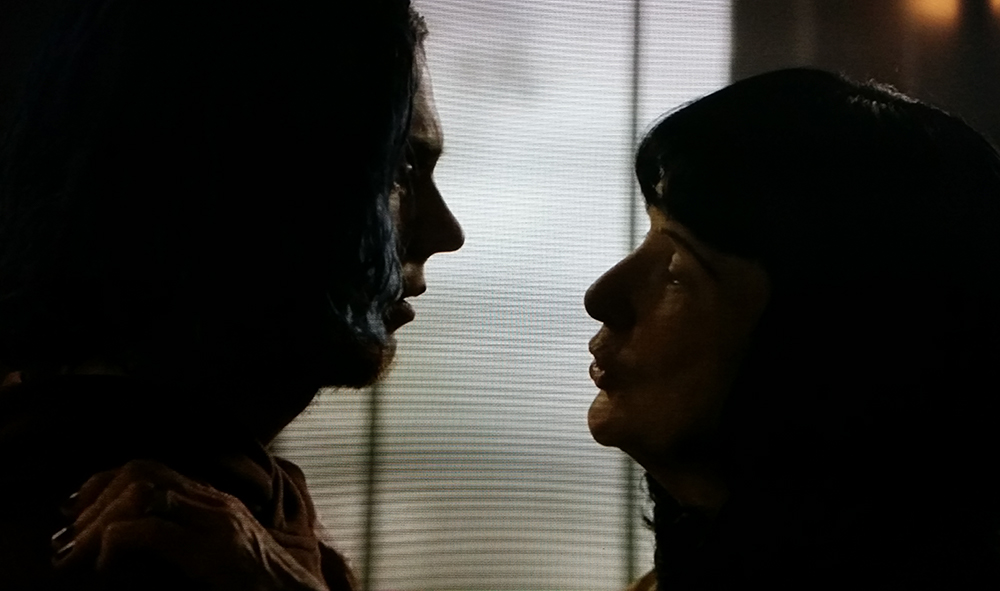 Sidenote: Anyone else notice the consistent head to head camera encounters shot tonight? The only thing I looked forward too while watching this episode was taking some of these screenshots. Sadly, I can’t fake a review I don’t feel honestly.

Episode 8: Winter of Our Discontent