It’s Alive! Universal Has Their Frankenstein! 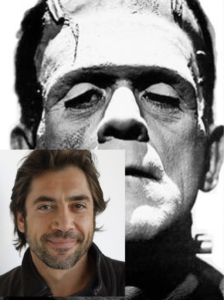 It’s  Alive! It’s ALIIVE! Frankenstein is the next classic to be rebooted by Universal for their new monster universe and they may already have their star! According to Variety, Javier Bardem is in talks to star as Frankenstein’s Monster! BUT it’s currently unclear when he will. The publication makes it clear Bardem will star in another monster feature that could possibly branch out a spin-off before he stars in Frankenstein. With the rest of Universal’s monster classics being rebooted, it could be anyone’s guess which reboot he’ll star in. Leave out The Mummy (2017) because filming is nearly wrapped for that one!

As truth may have it, this marks the second time Bardem was pegged to star in a film tied to Universal’s new monster universe. He was originally supposed to appear in The Mummy (2017) as Dr. Jekyll and Mr. Hyde. Bardem ended up passing on that role, leaving the door open for The Mummy’s current star, Mr. Russell Crowe.

Universal has no comment on Bardem’s starring. Stay tuned to this spot for further updates on this developing story.