‘Hidden’ is a must see for apocalypse horror fans 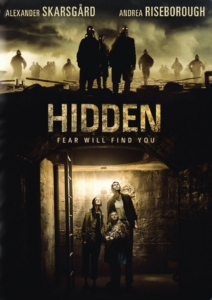 Hidden is an easy to miss film, since it is only out on-demand or DVD and never made it to the theaters (I watched it on Amazon Prime). I picked up on it from a friend’s list of the top 10 underrated horror movies, and I feel this is a perfect example of just that. I really liked it despite some obvious low budget problems, and I think it’s a real “hidden” gem for fans of the apocalyptic/zombie sub genre.

The movie is written and directed by new comers Matt and Ross Duffer. The story begins with a once average American family who have now had to exist for almost a year in a bomb shelter, since the world above them was destroyed by an outbreak of some sort. Ray (played by Alexander Skarsgard), his wife Claire (played by Andrea Riseborough), and their young daughter Zoe (Emily Alyn Lind) are now stuck in hiding from creatures above ground they call “The Breathers”.

The family tries to make this cement hole a home, even making their own games. But the boredom and loneliness is getting to them, not to mention that whatever is outside wants them gone. Through some flashbacks we see that something terrible happened in the outside world, they weren’t allowed to leave, and now they have to stay hidden and follow their self-imposed rules to survive. It doesn’t take long before we as the audience wonder, “Who are the real monsters?”

I will say no more about plot as real spoilers will diminish your viewing pleasure. As I write, I realize some of the story sounds a little bit like 10 CLOVERFIELD LANE. Hmmmm, different monsters, different movie, but some definite similarities. Well, you can decide when you watch it.

As far as the movie itself, it starts out with kind of a slow burn, but that helps build tension. We really start to care about this family and want the creatures outside to just leave them alone. The family does make a lot of dumb mistakes that I think, after watching enough movies and shows like The Walking Dead, none of us feel we would ever make in an actual apocalypse. But that makes them more human, and it makes us root for these poor trapped people.

I felt the acting was really great, especially from Alexander Skarsgard and Emily Alyn Lind. The writing was excellent as well. The pacing was well done, and the flashbacks helped keep us up to date on the world outside. I felt very invested in the characters and wanted them to do well and be successful at surviving. Don’t expect a Hollywood happy ending. But there is a great twist at the end, and I actually didn’t figure it out until just before it was revealed. 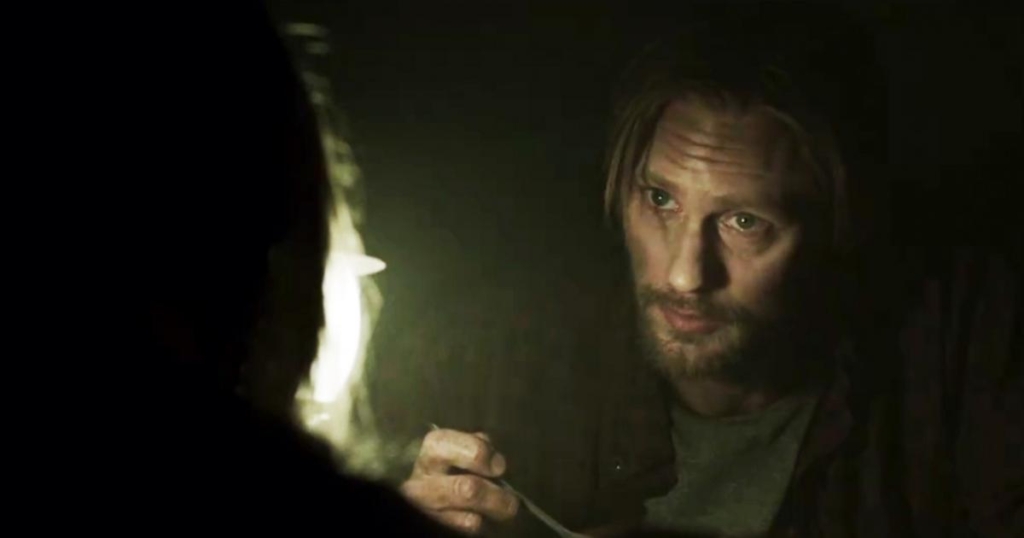 HIDDEN is not really a horror movie as much as it is a thriller. I did really enjoy it, but I should point out one rather noticeable flaw. It was very dark and hard to see from time to time. Low lighting in the bunker from just lanterns made it hard to read the facial expressions. So, when you go to watch it (which I encourage you to do), make sure your room is very dark. Stick with it and keep watching, even if it seems a little slow at first. I think you’ll find it’s worth a watch, and I hope you enjoy it as much as I did.