Around the World: Middle East

For the next stop in our trip around the horror world, we explore the small but memorable selection of genre gems from the Middle East. Photo by Cole Keister on Unsplash

Welcome back to Morbidly Beautiful’s journey around the horror world in 80 films!  In this month’s stop, we continue our trip off the beaten path to explore horror films from the Middle East. Perhaps due to religious conservatism, or perhaps because the area has experienced enough real world horror in the form of seemingly endless war, the horror selection in this part of the world is limited compared to other parts of the world.

However, the area is certainly not without its horror gems, including the 1974 scene-for-scene remake of The Exorcist known as Seytan, aka The Turkish Exorcist. Fans of horror are most certainly aware of The Asylum Studios and their mockbusters like Snakes on a Train and Paranormal Entity. But they may not be aware that Turkey’s Metin Erksan was doing the same thing three decades earlier.

Being honest, Seytan is far from the best film you’ll ever watch, but it’s definitely worth the watch. The director could only do so much with what appears to be non-existent budget. The basic plot points are there, in which a young girl from high society gets possessed by the devil. But the similarities stop there. The Turkish version of Regan, Gul, looks shockingly similar to Linda Blair. But her acting chops are not up to par, and it makes her every onscreen moment almost cartoonish as she spews green oatmeal and calls the priest “a dumb crock”.

The entire set is cheap polyester and looks like it was pulled from a 1970’s department store catalog. The special effects department had their work cut out for them as they were tasked with recreating some of the most memorable horror effects in history, but with no resources. For instance, in the shocking scene where the young girl’s head spins around, the viewer can clearly tell that the body is a mannequin and the actress is spinning around on the bed just off view of the camera. It’s absolutely hilarious.

Seytan is currently streaming on Tubi in all its low budget, grainy glory. But there’s more great horror to explore from this region, and we take a look at some of it below.

Big Bad Wolves is probably the most unique film I’ve covered in this series.

When a young girl is murder and decapitated, a disgraced cop sets out to get a confession from the man alleged to be her murder but he’s not the only one.  Also hot on the trail is the girl’s father who simply wants his daughter’s missing head — as, according to jewish law, she cannot be buried unless she is whole. After a misunderstanding or two, we end up with the three men in a dingy basement as the father and the cop torture the suspected pedophile for information about the girl’s whereabouts.

More of a thriller than a straight up horror movie, this one also has a strong touch of black comedy when the girl’s grandfather randomly appears with soup and to join in on the torture. Outstanding characters, fantastic dialogue and just enough gore to appease the most die hard horror fans, Big Bad Wolves is an interesting tale reminding us, when we seek revenge, we must first dig two graves.

With the big Z in the title, you might get the impression that this is a zombie movie. However, although the madness and infection that runs rampant through the holy city in the second half of this film spreads through scratches and bites, just like a zombie virus, the victims are a different kind of undead. They are, in fact, the biblical Nephilim.

Typically, found footage films are shot documentary style. But there is something a little unnerving about the creepy characters and monsters looking straight into the camera, directly into the main character’s eyes. 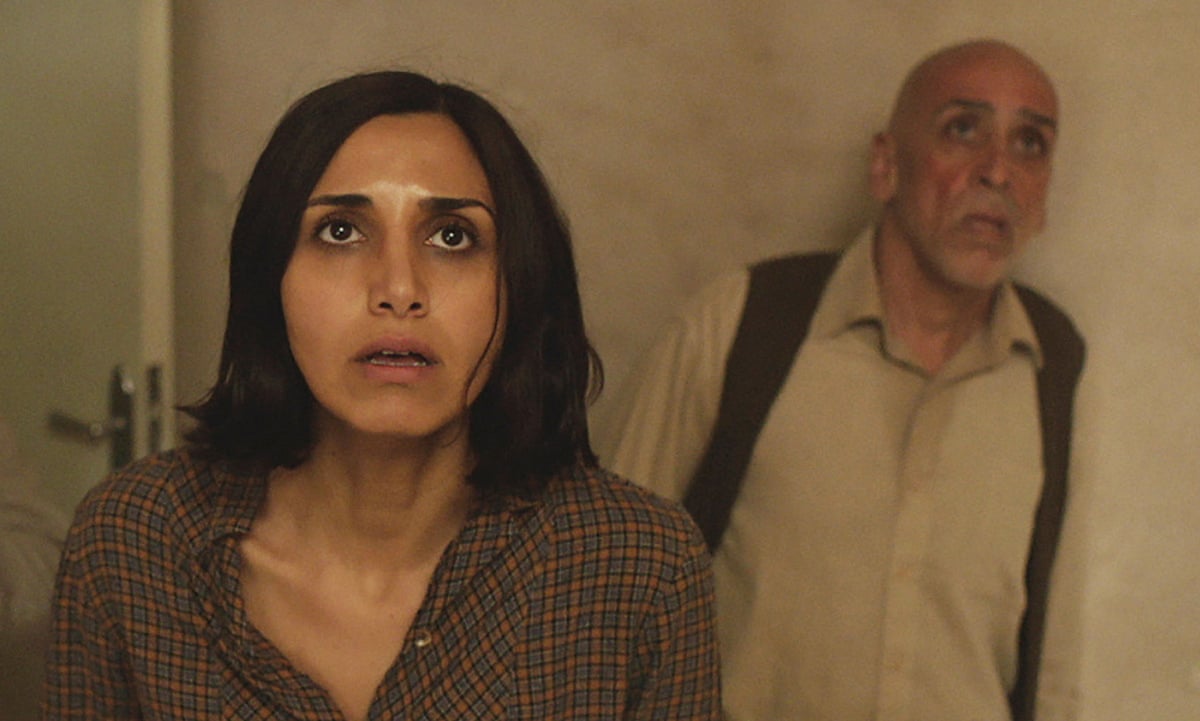 The big goal of this series is to feature voices and stories from around the world, showcasing horror from different cultural perspectives. Under the Shadow — a haunted missile movie set during the Iran cultural revolution — perfectly embodies that unique lens I believe is so important to experience. The American horror fan may have seen their fair share of Cold War-based horror, but never has there been an American film based on the years long Iran-Iraq war or the Iranian cultural revolution of the 1970s.

The story follows a young mother caring for her child a long in a war zone as her husband is drafted into service. When a missile crashes into their apartment complex, they find their lives turned upside down. A  mysterious apparition known as a Jinn has arrived with the missile, and it begins to terrorize the woman and her daughter.

While offering interesting insight into the cultural revolution and a highly political storyline, Under the Shadow also boasts an absolutely terrifying demon that will haunt your nightmares. And it may very well go down as one of the best foreign horrors of all time.

Under the Shadow is now streaming on NetFlix.

If you are hungry for more Middle Eastern horror, there are plenty of interesting films to watch!  From Turkey, there is insane body horror film Baskin well worth checking out. From Israel, I recommend the zombie films Rabies and Another World. And from the United Arab Emirates, you might really love the thriller Rattle the Cage.

In the next entry of the series, we will be heading to India to explore the strange world of Bollywood Horror.