Ridiculously fun and gleefully self aware, “Attack of the Killer Donuts” is a tastier treat than you might expect for a film about sentient sweets. 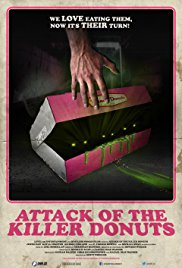 Attack of the Killer Tomatoes was a 1978 musical horror black comedy film made on a budget of less than $100,000. The story, involving tomatoes becoming sentient and revolting against humanity, was created as a tongue-in-cheek spoof of B movies. Thirty years later, talented VFX artist Scott Wheeler (Xena: Warrior Princess) serves up a spoof of the spoof.

It’s exactly as ridiculous and over-the-top as it sounds, and you don’t go into a movie called Attack of the Killer Donuts with expectations for high art, emotional depth or great cinematic achievement. 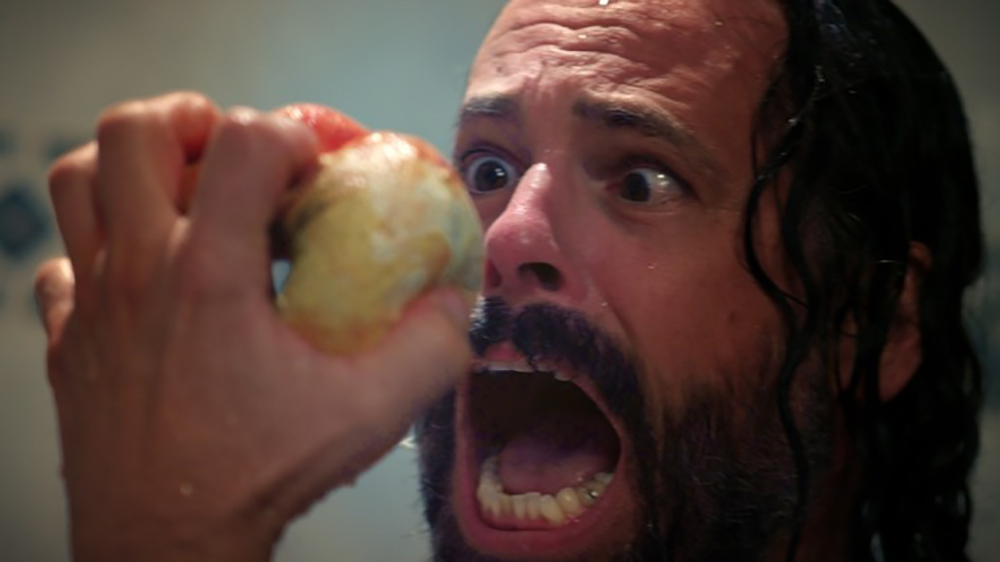 What you expect is a bad movie that truly revels in its badness — a campy, silly, self-aware yuck fest. And you get that in spades. But, what you might not expect is how utterly watchable and entertaining the whole spectacle really is. In a movie that pays loving homage to truly bad horror, it’s surprisingly good!

Of course, to call a movie like Attack of the Killer Donuts “good” may require you to suspend your disbelief quite a bit — something you’ll also have to do to truly enjoy a movie whose plot centers around tasty pastries that come to a life and go on a murderous rampage after an experimental chemical accidentally lands in a greasy donut store’s fryer. 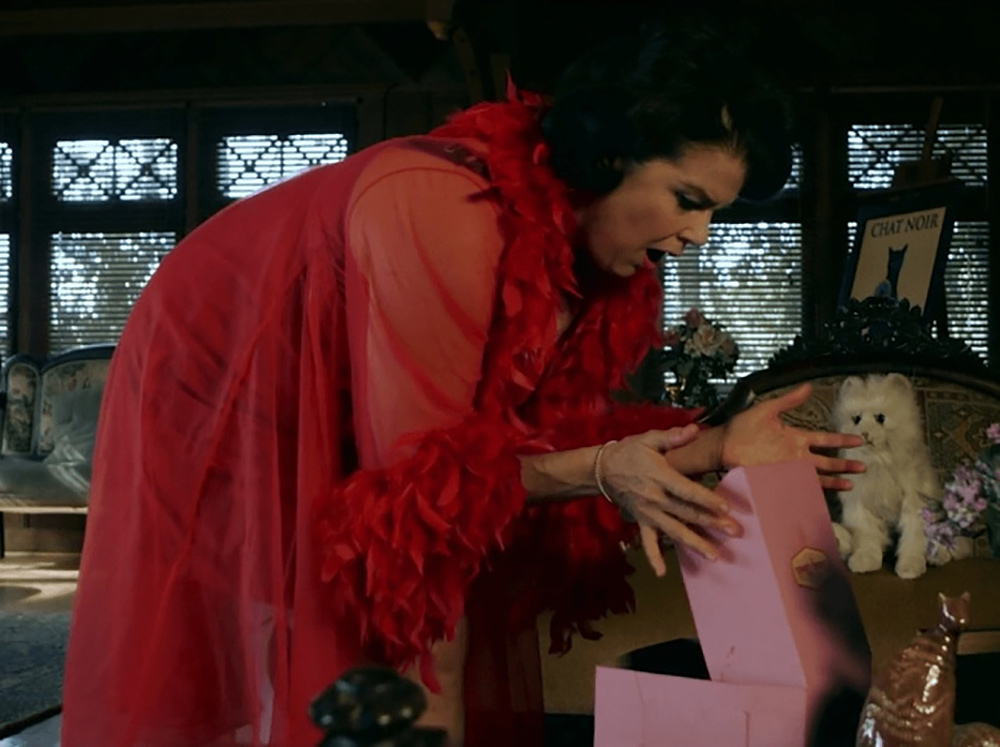 By all traditional definitions, the movie is bad. But it’s charmingly bad. It’s the kind of bad that made Sharknado (and all its increasingly absurd sequels) a surprise mega hit for SyFy. In fact, Wheeler himself is highly seasoned in schlock and even worked on 2017’s Sharknado 5: Global Swarming as the visual effects producer, as well as 2014’s Avalanche Sharks.

Needless to say, you know going into this film whether or not you fall into the intended target audience. If you see that wonderfully retro cover with the delicious tagline, “We love eating them, now it’s their turn!” and think it sounds like a fun time, you likely won’t be disappointed. 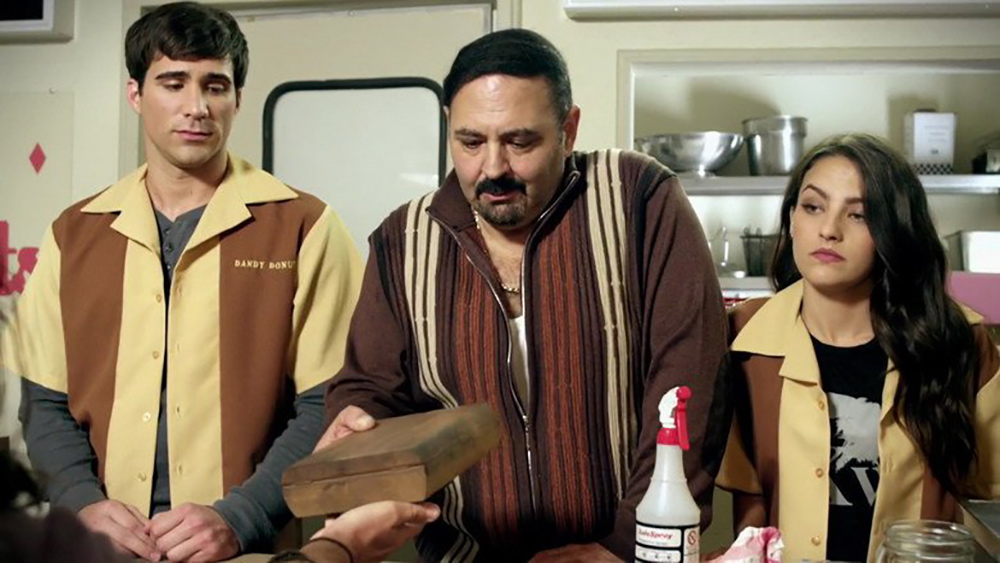 The story centers around two young workers at a low-end donut store. Johnny (Justin Ray) is trying to balance working at a crappy, low paying job and attempting to keep his hot but seriously high maintenance, money hungry girlfriend Veronica (Lauren Elise) happy. He works with his best friend since grade school, the beautiful and spunky Michelle (Kayla Compton). She’s the perfect girl for him, as Johnny’s gorgeous single mom (Kassandra Voyagis) tries to tell him, but he’s too blind to see it.

Johnny also has a nerdy but loyal best friend, Howard (Ben Heyman), who happens to be in love with his mom, and an actual mad scientist uncle named Luther (Michael Swan). The opening scene where we’re introduced to Luther working in his lab — trying to perfect his re-animation serum, doing his best Herbert West impression, and battling a vicious zombified rat — actually had me giggling quite a bit. It’s silly to be sure, but the humor (for the most part) really lands. 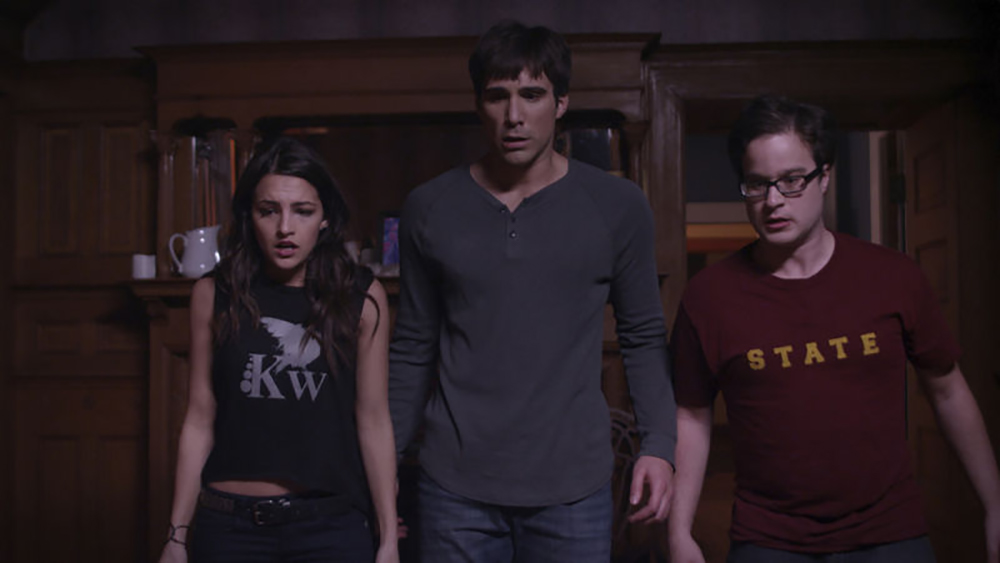 Not all of it works. Much of the humor is puerile, relying heavily on fart jokes and toilet humor. But there are also plenty of moments where I laughed out loud, and others that had me smiling throughout. The CGI special effects are cheesy — intentionally so. The killer donuts look ridiculous, but that’s part of the charm. It’s hard not to smile when the bloodthirsty delicacies bounce around, bare their ludicrous teeth, and make their deceptively adorable noises.

Perhaps the biggest surprise is how competent the acting really is. While the supporting cast delights in camping it up at every turn, there’s an authenticity and sincerity to the core characters that you wouldn’t expect in a film of this nature. The three friends — Ray, Michelle, and Howard — are a pleasure to watch, delivering respectable performance that give some heart and credibility to an otherwise outlandish plot. 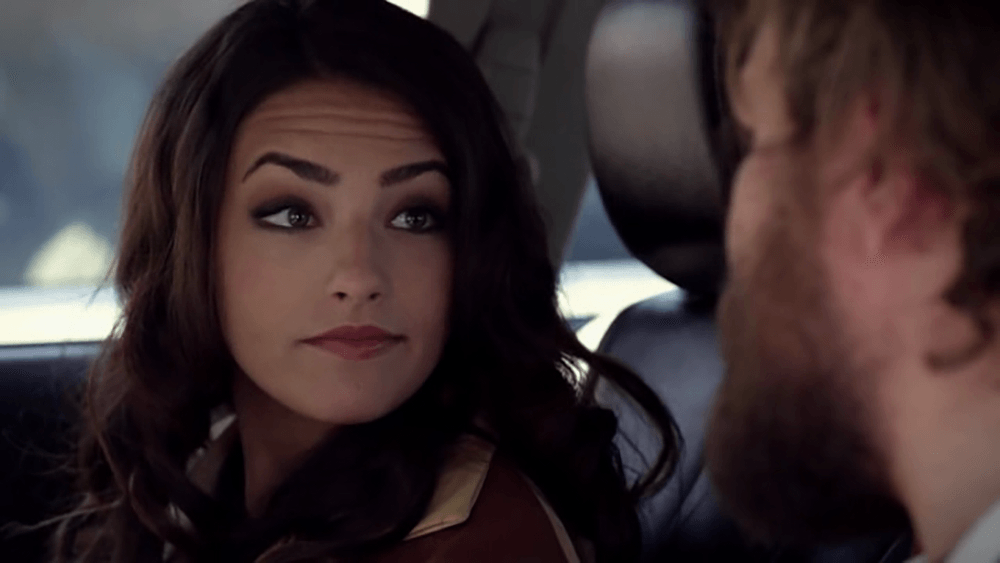 Kayla Compton as Michelle truly shines, delivering some of the best lines and lighting up the screen with every scene. I wouldn’t be surprised to see her go on to great things. When she does, I hope she looks back on her role in the wacky Attack of the Killer Donuts with sentimental fondness rather than regret.

The film also features veteran actor and 80s heartthrob C. Thomas Howell (E.T. the Extra-Terrestrial, The Outsiders, The Hitcher) as a bumbling police officer, adding to the movie’s nostalgic charm. 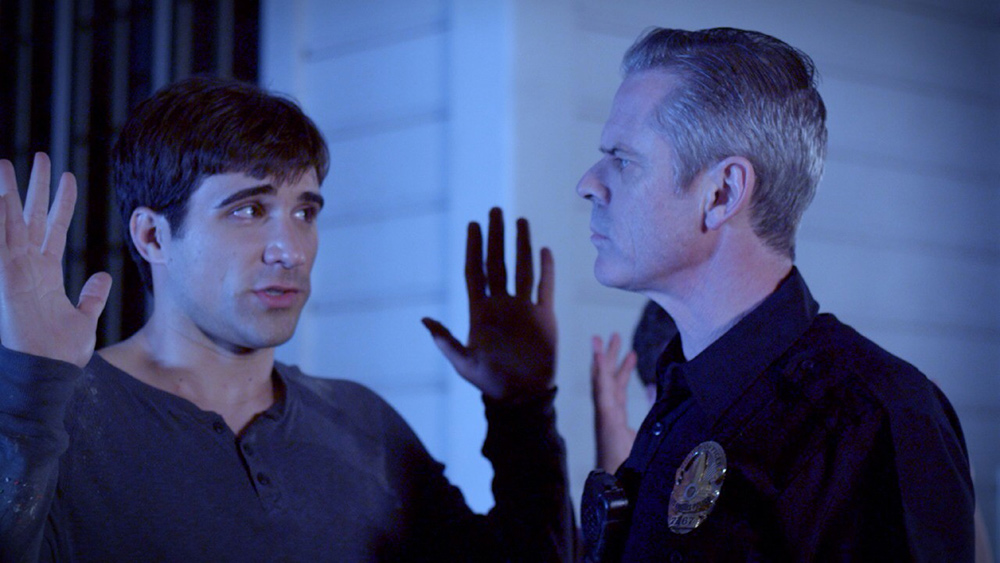 Ultimately, I had a lot of fun with this film, and it would definitely be a blast to watch with a group of friends on a Friday night. It moves at a fast pace and is never boring. The epic donut battle scene towards of the end of the film is worth watching for alone.

This is a movie that knows exactly what it’s trying to be and never loses sight of that. For fans of schlocky b-movies that don’t take themselves too seriously, this is a sweet treat that’s sure to satisfy those late night entertainment cravings. For everyone else, it’s pure empty calories that you’ll only hate yourself in the morning for. But for me, I was happy to indulge.