An instant classic, “Attack of the Killer Donuts” is as fun and irreverent as you’d probably guess, but far better executed than you might expect. 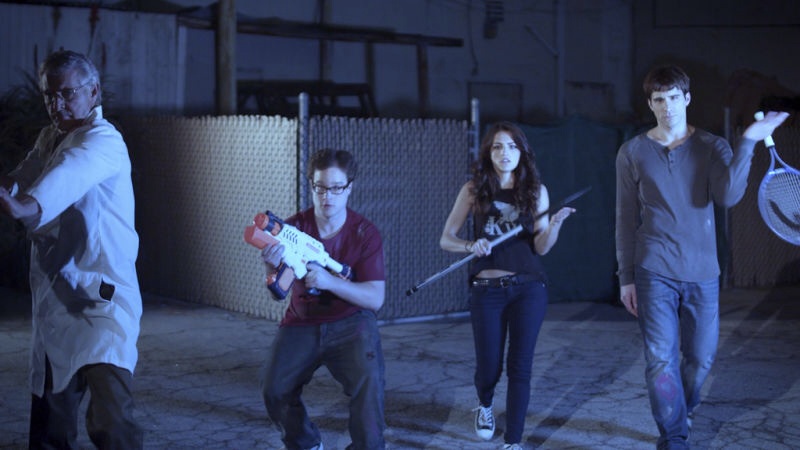 Attack of the Killer Donuts is a 2016 horror comedy, directed by Scott Wheeler. It stars Justin Ray, Kassandra Voyagis, Michael Swan, Kayla Compton, Ben Heyman, Burt Rutherford, Lauren Compton and C. Thomas Howell. When a fight breaks out and a vile of re-agent accidentally lands in the fryer at a local donut shop, all hell breaks loose as a small town is seized by dozens upon dozens of Killer Donuts.

I had the pleasure of covering the horror comedy, Attack of the Killer Donuts, at the 2029 Horror-On-Sea Film Festival this weekend, and believe me, you don’t want to miss this one.

It’s a one-of-a-kind adventure into the dark side of donuts. Everyone loves donuts. In fact, it’s hard not to have a smile on your face while eating a donut, no matter how hard things might be at the moment. But what happens when the donuts fight back and humans become next step on the food chain? 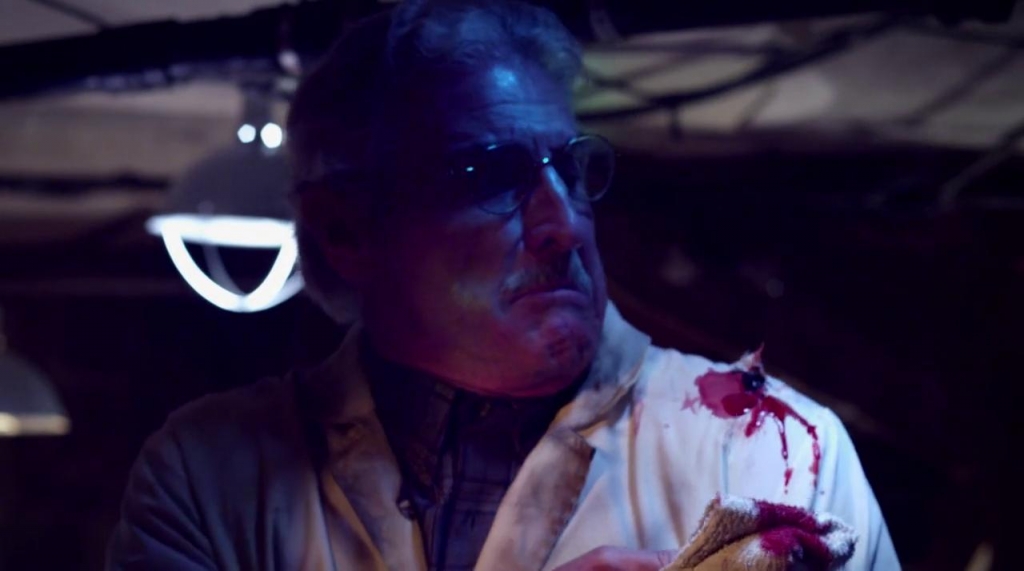 There’s always a lot of talk about certain films being instant classics — with hype that includes calling a new movie the best film to come out in years. When it comes to horror though, and especially the low budget masterpieces from the 70s and 80s, not many films can truly rival the classics. It’s even more rare for a low budget film to be a hit right from the beginning, as there’s always a number of evident mistakes throughout.

However, that is simply is not the case when it comes to Attack of the Killer Donuts. It’s an instant classic right from the beginning.

It’s usually pretty tough to create computer generated effects that are believable and work when making low budget films. And although the majority of the donut attacks are done via computer graphics, the donuts are so convincing at time  that you hardly even notice they’re not real. The special effects in this film are the best they could possibly be — and better than you would hope for. The title alone suggests horrible graphics and a cheese factor, yet it’s not at all what it appears to be on the surface. 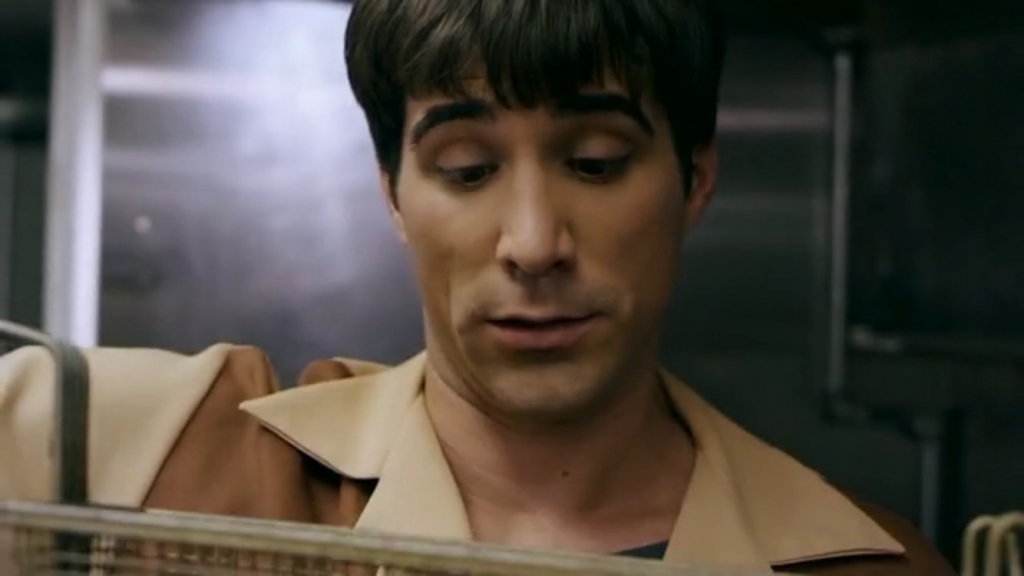 Attack of the Killer Donuts is absolutely fantastic.

It’s everything you want and more. It’s exactly what it looks like and doesn’t pretend to be anything else. It’s an all out blast and the perfect combination of horror and comedy. It’s similar to films such as Attack of the Killer Tomatoes (1984) and Piranha 3D (2010) — undeniably beautiful from top to bottom.

Films like this are the reason the horror genre is the best and show you exactly what it’s all about. This film is pure horror at its finest. What other genre can offer a bloody spectacle of a film titled Attack of the Killer Donuts? You know before you even press play what you are in for. It’s eye-wateringly ridiculous and absurd, and you know upon viewing that you can’t really expect anything of true substance. 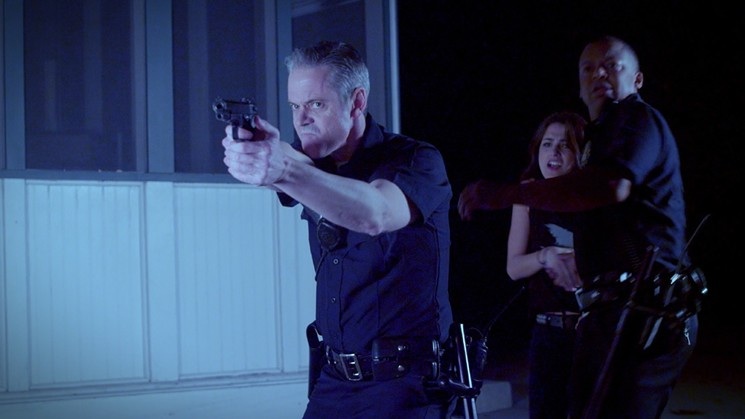 Yet, despite the insane name and concept, the film totally catches you off guard and is surprisingly awesome. The special effects completely work, and the acting is not what you’d expect to find in a low budget film like this. There were a few strong performances which helped deliver the slap stick punch and laughs. It’s a straight up laugh riot with a good amount of blood and Donuts.

Justin Ray was great as the naive yet charming Johnny Wentworth. He really appeals to the viewer, and you can’t help but root for him. And of course the legendary C. Thomas Howell as Officer Rogers was hilarious and added some veteran acting skills to the cast. But the best performance came from the beautiful and talented Kayla Compton who played the secret love interest of Wentworth, Michelle Kester. She was brilliant and has the potential to become a huge scream queen for the genre. She deserves instant recognition, and I hope to see her in multiple future roles. 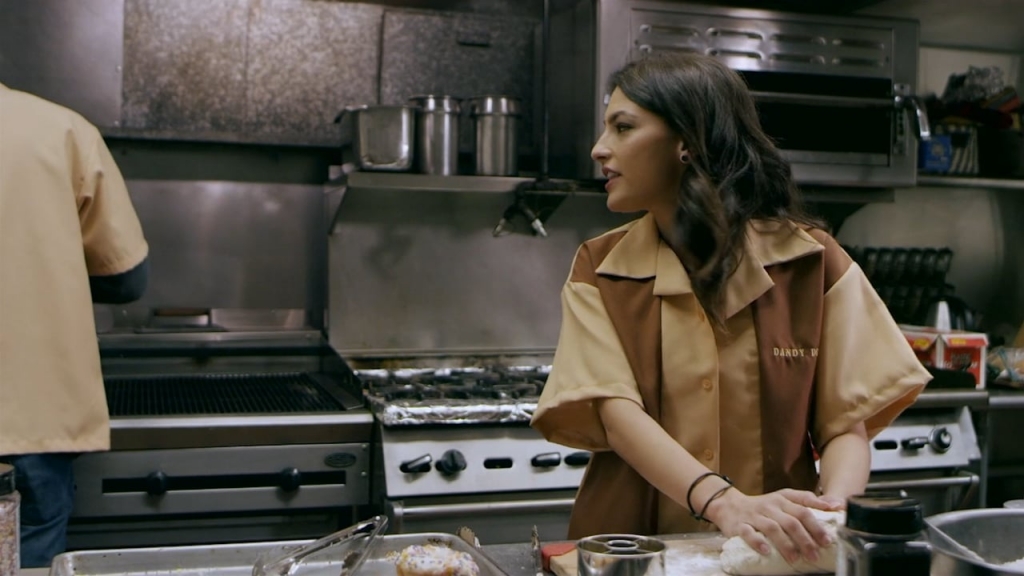 Attack of the Killer Donuts does for donuts what Jaws (1975) did for water. It’s an insanely good time. If you love donuts (and let’s face it, who doesn’t), then this film is definitely for you. It’s an instant hit and rightfully deserves a spot in any horror collection.

This film has beautiful women, blood, guts and donuts. You just can’t beat that.

Overall, Attack of the Killer Donuts is one of the best indie horror films in years. It stabs all the right spots and leaves you hungry for more. If you’re a fan of fun and extremely entertaining horror films, look no further. Do yourself a favor and go see this film. You just can’t go wrong with Killer Donuts.