The Rest is Confetti: On Being Eleanor Crain 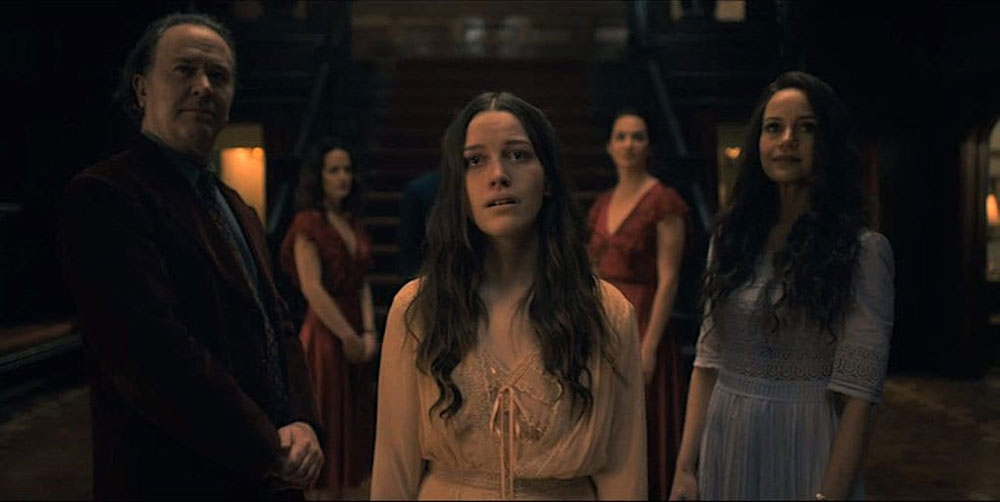 With the recent release of The Haunting of Bly Manor on Netflix (read my review here), I thought it might be a good time to revisit the first entry in The Haunting anthology series, another Mike Flanagan adaptation of a genre classic, The Haunting of Hill House.

One of the most melancholic and compelling characters in Mike Flanagan’s reimagining of Shirley Jackson’s artful gothic horror The Haunting of Hill House is Eleanor Crain. Flanagan takes all of the book version of Eleanor Vance’s loneliness, sorrow, and depression and uses it to form his very own richly delineated Nellie. Nellie’s story arc is arresting and heartbreaking, a tale of a young woman lost amid her own strife and trauma.

It is one thing to watch her experience and empathize with it, but for me, the experience became one of pure sympathy. I have been Eleanor, and in many ways, I still am her.

In the episode “Two Storms,” a young Nell pleads desperately to be seen. One moment Nellie had been there, and the next she’s gone. A distraught Nellie insists that she had been there all along, but the family could not see her. Depression in youth often feels like that. You are literally begging for your pain to be acknowledged, but no one does.

I’ve written extensively about my past trauma, my resulting post-traumatic stress disorder diagnosis, and processing it all via horror.

So, it shouldn’t come as a surprise that Nell’s experience struck me on a viscerally personal level. 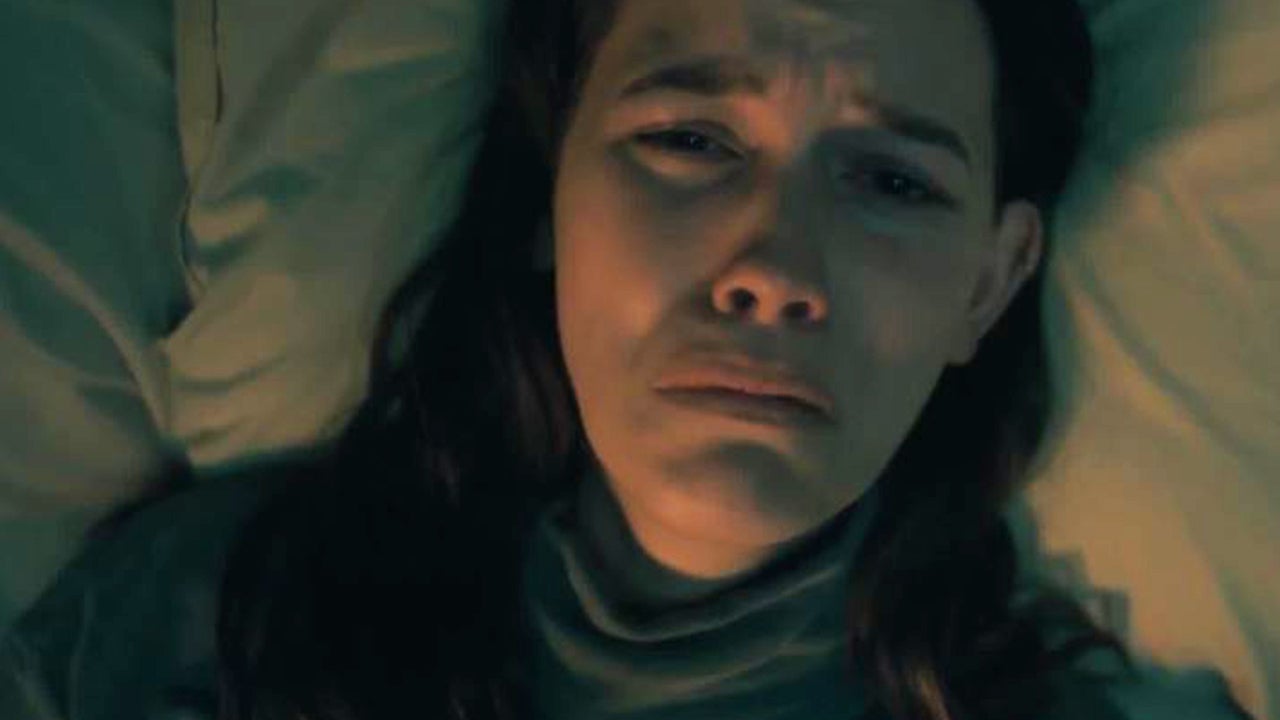 With youth, there often comes a sense of general displacement; you’re finding yourself. But when each day is a new sort of terror, it’s difficult to feel a sense of permanence.

The whole time I was being bullied at school, I was practically begging for my peers and my teachers to see that the continual cruelty was harming me mentally. It’s all too easy to reduce bullying to something that kids do and that the kids who are being bullied will shake it all off.

The school’s purposeful lack of cognizance about my entire experience made the environment even more toxic. The ugliness of it all was allowed to fester, and in the end, my bullies were in a way given permission to continue with their abuse. I was lost amid people who refused to see me.

When Nellie cries and tells her family that she had been right there all along, they just didn’t see her, I related — having felt that same keening desperation. It brought back a rush of emotions and memories that I tried to push down for fear of seeming bitter. Now, I realize it’s okay to feel that level of discomfort and upset because the people that should have been looking out for you, believing you, and protecting you aren’t meeting those needs.

No matter how well-meaning you might be in a situation like that, you can still inadvertently harm those who are put in your charge.

In many ways, looking back, Nell’s experience paralleled my own in an emotionally biographical way. 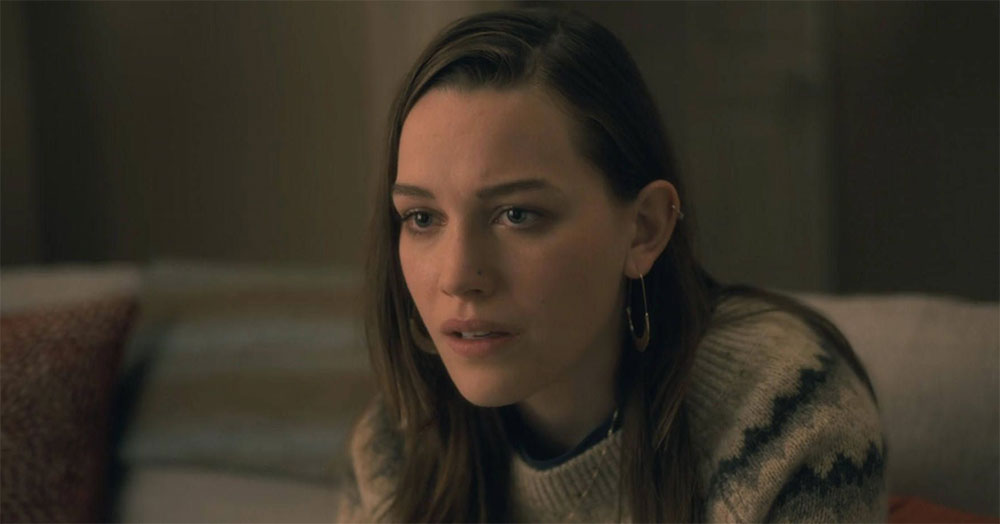 I often think of the scene in the first episode “Steven Sees a Ghost” where Hugh tries to console Nell after she has an encounter with The Bent Neck Lady. Hugh is without a doubt a good father, but he doesn’t take Nell’s experience as seriously as he should, brushing it off as a hallmark of childhood. Hugh believes it’s simply Nell’s vivid imagination.

I can’t say I received the love Nell did from Hugh as a student, but I can say my entire situation was diminished to my face. To this very day, some of the actions of my teachers during that time live with me — not as a comfort, but as proof the world isn’t always kind to children when it should be. I will never forget my math teacher pulling me out of class after I burst into tears, a result of a boy continually heckling me, and telling me that I was the one who needed to toughen up. There were no such harsh words for the boy or any acknowledgement of his wrong doing. It was a brush off, an action that said my mental turmoil didn’t matter or was just a part of life.

After a while, I stopped reporting to any authority figures at the school what was happening to me until it all came to a gloriously ugly climax. I stopped reporting my daily terror because I knew it wasn’t going to be taken seriously. You start to feel crazy in situations like this. You know what is happening to you is beyond a doubt real, but people’s broad dismissals make you second guess your own experiences.

To myself and to the other students, I became the “crazy girl.” The one who cried in public, the one who read at lunch in order to ignore those around me, the one who was fighting a harsh battle in plain sight.

One of the proverbially clichéd straws that broke the camel’s back was when I was on the playground, and the same boy who had made it his life’s mission to make mine miserable spit on me. I had done nothing to deserve being spit on. I was just trying to exist in a hostile situation. In the days that followed, the principal, who hadn’t done anything thus far in his own right, called me into his office. He asked me why I stopped telling people what happened. I looked him in the eye and said, “It wouldn’t have changed anything.”

When you’re stuck in fight or flight mode day in and day out, you start to forget how to survive any other way. 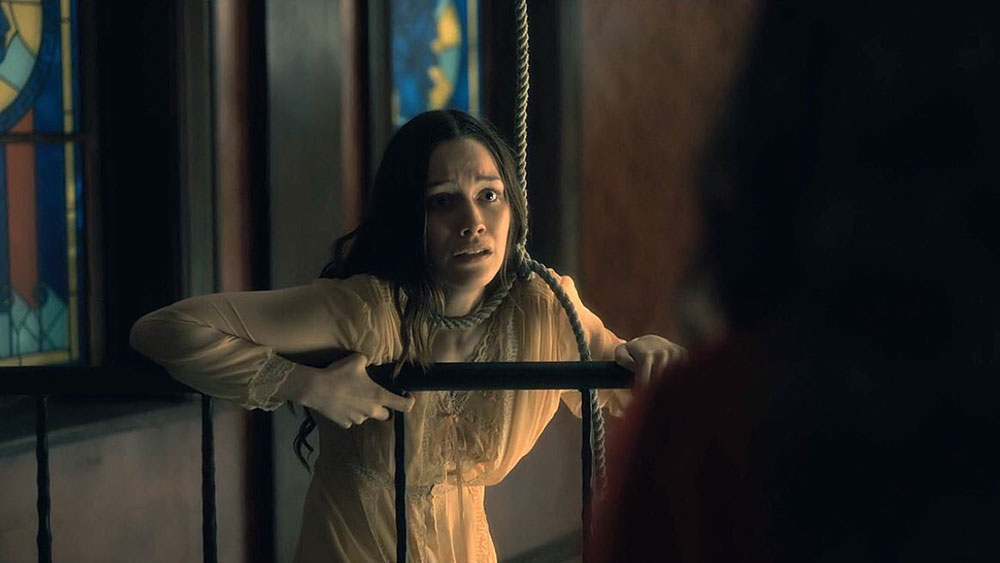 You become lost in your own emotional pain. This is exacerbated when you experience that kind of pain in your formative years.

That’s why I appreciate the deep soul searching that THE HAUNTING OF HILL HOUSE does when it comes to traumatized kids who grow up to be traumatized adults. What happens in your youth colors the rest of your life. It’s like using watercolor paints on the wrong kind of paper. The colors bleed onto the other pages. It becomes messy.

Nell has to continually fight against her past trauma, her depression, and her anxiety. Through Nell, we get to see the terrible fluidity of mental illness. Nell is shown at both her highest and her lowest moments. There’s not a day that I don’t have to wake up and beat back the past, so seeing Nell’s progression was something that was highly familiar. Watching her desperation and turmoil after the death of her husband made me think about my fears regarding my own mental health.

That sort of anguish is something I’ve felt myself. It makes me reckless, unpredictable. When things go well, I always wonder when my mental state will degrade again or what other setback will take place. This is simply my reality. Sometimes, it seems I can’t enjoy the good because I feel like the bad is right around the corner. I’ve never been married or had a romantic partner die, but that sheer feeling was something that felt ripped from my own life. Seeing it play out was purely cathartic.

Nell’s mental illness itself is something that the other characters on screen have to grapple with. 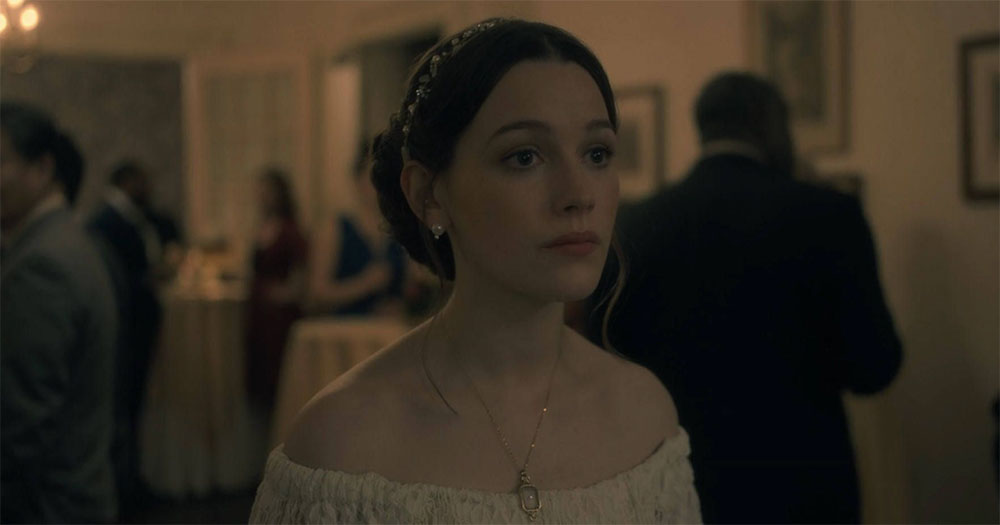 They fail to understand her pain and what she’s going through. And sometimes, especially in the case of Steve, they gaslight her about her own trauma and experiences.

I know that pain intimately. I’ve had people I considered my dearest friends not take my mental distress seriously. It was just another phase — or something I experienced so often that it wasn’t worth expending any time or care. To them, it was just something I could get over. My pain was constantly minimized to the point that it became something I broached with fear.

Because of these people from my past, I now question my perception about a lot of the events that happened in my past — and even those that happen today. I constantly reexamine the memories, the details, the words said or actions made. And I wonder if maybe I really am the crazy one.

That’s the funny part about gaslighting; the light stays on long after the person has lit it with doubt.

I’m working on being able to accept reality as it happens to me and how I perceive it as a result. In many ways, watching Nell verbally lambast Steve at his book reading felt like vindication for myself. I wished I’d been able to confront the people who were supposed to have loved me and been my greatest confidants in a similar way. But the past is truly the past, and in the end, I am better for cutting them out of my life completely for my mind’s sake.

In many ways, I can say I have haunted myself. Nell haunts herself, too. 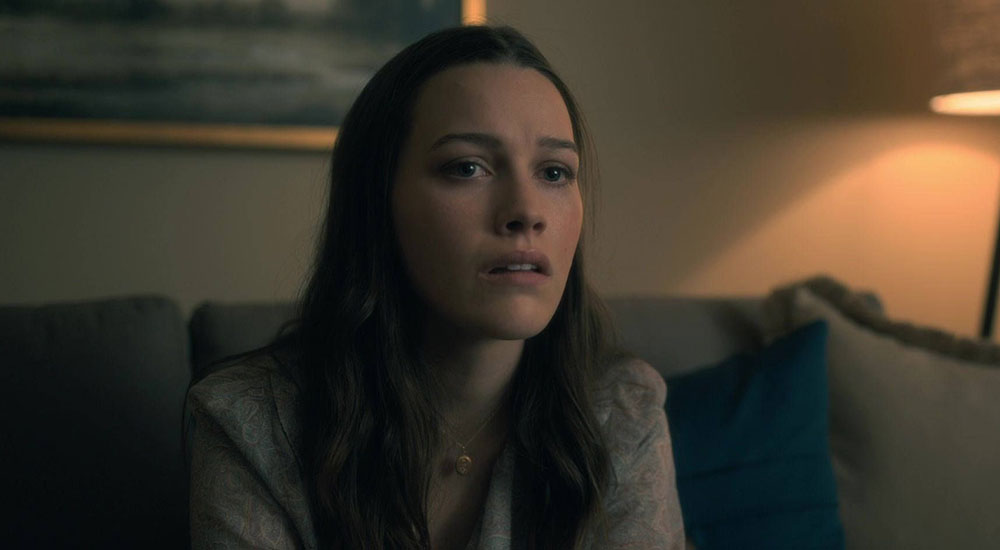 My past haunts me as well as my present and my future. The idea of who I am, who I could have been, and who I might become constantly live in my mind as a specter.

Perhaps, the person I could have been is what haunts me the most. I think about what my life would have been like had I experienced a normal childhood. The ghost of the Jamie that takes up an almost permanent residence in my mind is the one that was able to achieve all she wanted to in the time she wanted to, while the current me feels like time is spinning madly away from her and her clocks are tick, tick, ticking.

Time, like healing, isn’t as linear as you would think.

The thing is, I can’t let that ghostly version of myself overtake me. We’re all our own ghosts in some way, but we can’t let the ghosts win — even if they are versions of us dancing about in time and space.

There are times in storytelling that the narratives don’t fully fit with your own, yet the emotional arc, the overall journey, and the pain laid bare matches up remarkably with your own. I’ve been Eleanor, and I can say that I still am her to many degrees. I’ve been invisible, distressed, mentally ill, messy, gaslit, and ultimately, I’ve also been loved. On the other side of all my pain and my trauma, there has been love. I have been able to find people who love me and care for me as fiercely as I do them.

I’m not just the “crazy girl” to them. I’m a whole flawed person who matters, and I have friends who appreciate me. Through the love I’ve found and the stories that have touched my soul, I’ve come to a sense of absolution.

In HILL HOUSE, I found strength. Like Nell says, “The rest is confetti.” On my most difficult days, I have to remind myself of that and that, in the end, love and passion will see me through.