The anticipated first feature from indie genre powerhouse, Travis Stevens, “Girl on the Third Floor” is a story of haunted humans and a broken house. 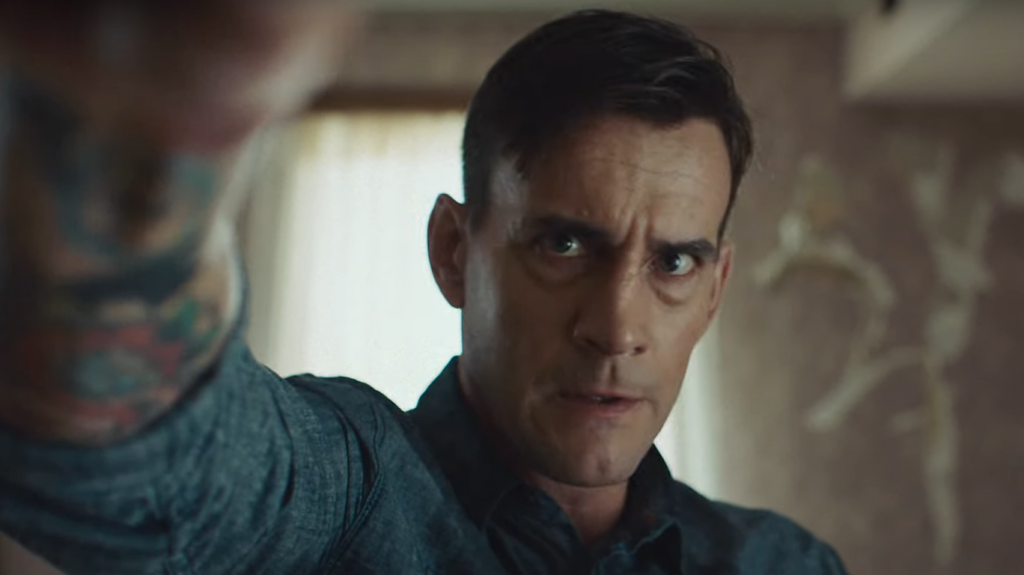 There were a handful of films I greatly anticipated this year, and Girl on the Third Floor, the feature debut from founder of Snowfort Pictures and indie producer extraordinaire, Travis Stevens, was definitely one of them. After years of helping transform the independent genre scene into a formidable and worthwhile avenue of storytelling, Stevens finally decided to take on the role of director himself.

The tangled tale of Girl on the Third Floor was woven from a story by Paul Johnstone (Versus), Ben Parker (The Chamber) and Trent Haaga (Cheap Thrills, 68 Kill), written by Stevens, and produced by a fellow indie genre guru, Greg Newman (The House of the Devil, We Are Still Here, Hatchet II).

Girl on the Third Floor has continued to stun audiences along its festival route, hitting some of the most celebrated stops such as Beyond Fest, SXSW, Fantastic Fest, Brooklyn Horror Film Festival, and Nightmares Film Fest. The story is that of Don Koch (Phil Brooks a.k.a. C.M. Punk) and his attempt to renovate an aging but beautiful Victorian home in the suburbs of Chicago for his pregnant wife, Liz (Trieste Kelly Dunn) and loyal canine companion, Cooper. 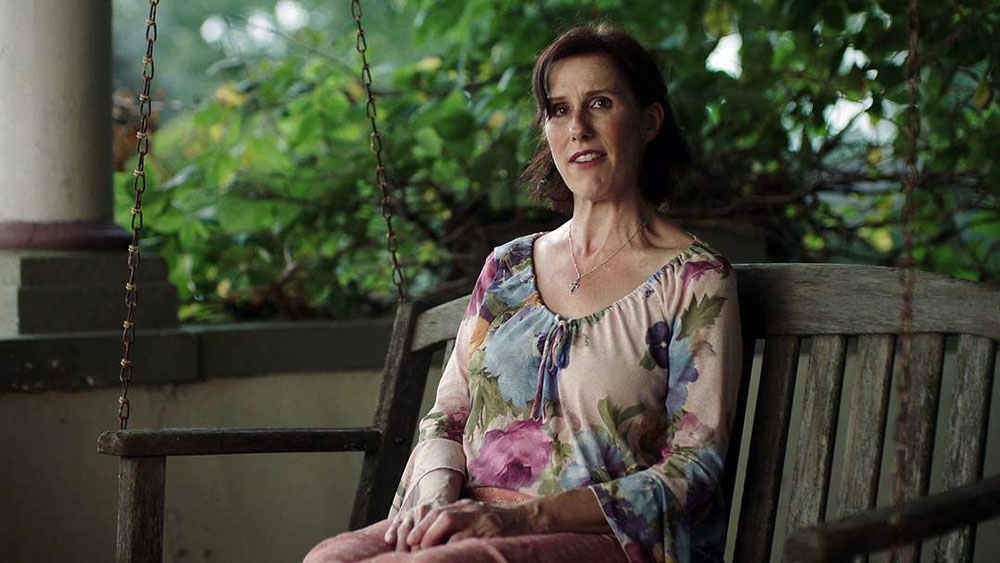 I was almost immediately mesmerized upon the opening of GOTTF, with the camera delicately showing the features of the house like the curves of a woman’s body.

And then comes crashing in a most macho specimen, that of Don. Very quickly, despite his insistence to Liz that he alone complete the monumental home repair tasks, we see Don has bit off more than he can chew. With his prohibited alcoholic beverage in hand, the new homeowner naively begins projects around his very aware house that seems to perhaps watch him through the vast array of ornate mirrors throughout.

This special homestead picks up on the shortcomings and insecurities of Don, as it oozes its way into his existence.

Several instances of pipes and outlets suddenly brimming with unknown substances trouble him. Oblivious to the unsavory past the home has, Don continues his bold pursuit. He also disregards the concerns expressed from some charming locals — especially the neighborly pastor (Karen Woditsch) who, with her voice of reason, has some of the best lines in the entire flick.

But an evening of indiscretion, cementing his impulsive and selfish nature, sets off one of the vengeful, sultry and, at one time, innocent spirits within (Sarah Brooks). 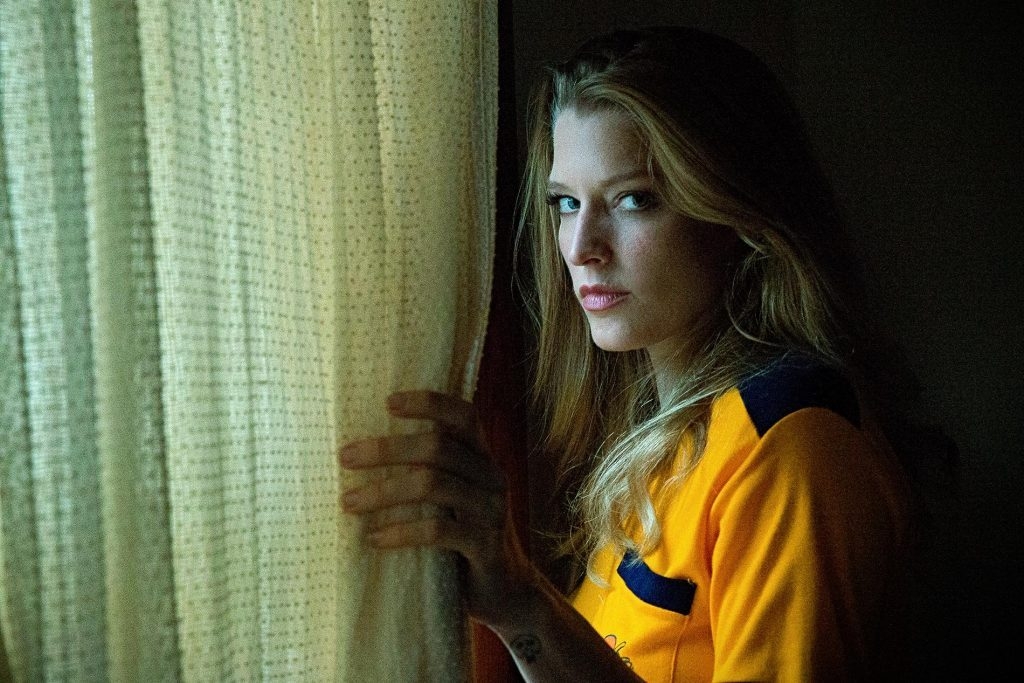 The house itself, is quite possibly the most complex character within Girl on the Third Floor.

It’s a living, breathing, feeling entity that eventually tests the will and sanity of its latest occupants, incorporating a repeating mantra: life is a series of choices. And Don continues to fail miserably.

Stevens allows us to methodically fall into what we need to know and when regarding the characters, including the notorious house. With an extraordinary sound design, we hear the structure breathe, moan, even sigh. This coupled with the patient and purposeful camerawork equate into elevated horror galore. And if that label distresses you, I apologize. But I also implore you to give this one a gander. 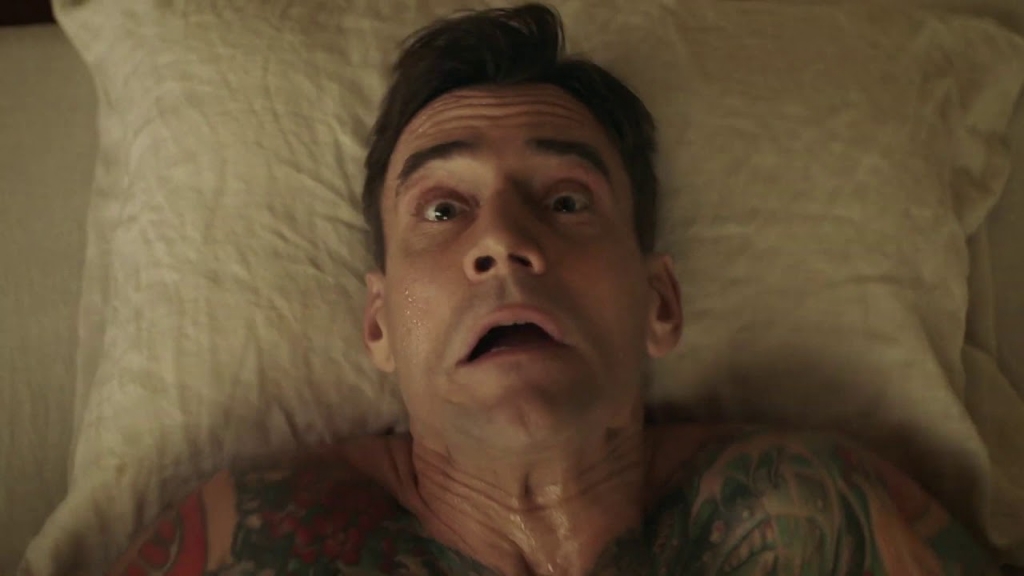 After many moons of working with some of the best minds in the business, Stevens’ first foray as a feature filmmaker seemed to be almost effortless.

He creates an uncommon, engrossing atmosphere. Girl on the Third Floor is a perfectly balanced horror film involving a haunted house, moments of gore, and indisputable tension that he builds in precise fashion, like he belongs behind the camera.

And it also quite possibly may be one of the most feminist horror films created by men that I have ever had the pleasure of experiencing. 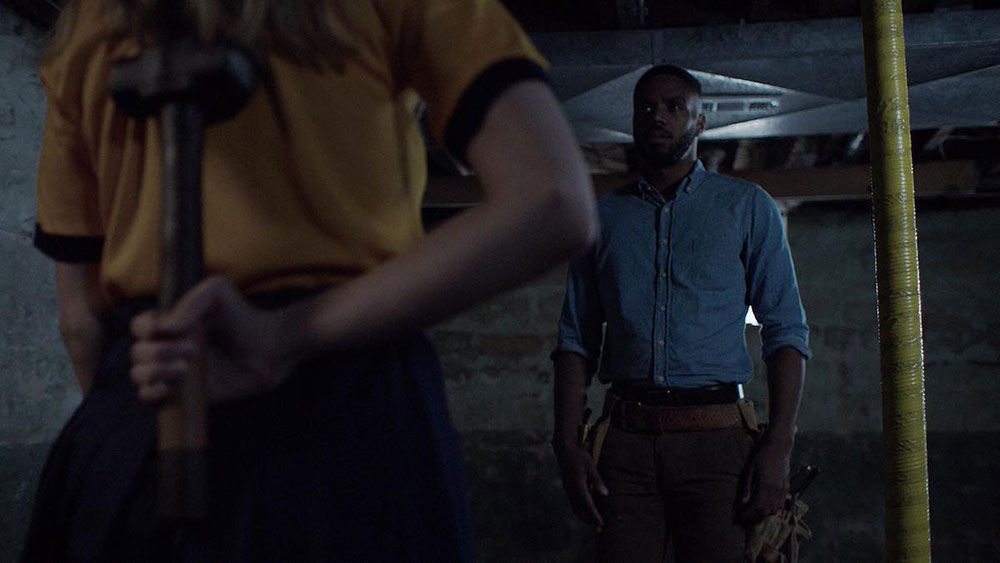 The third act is completely surreal, with a walking nightmare literally climbing out of the wall (played by Elissa Dowling).

Even in the daylight, which the filmmaker took a gamble on, Dowling dons an effective and disturbing effigy of fear and violence. What the FX team achieved is something to behold. In fact, this entire movie is something quite special, and I highly recommend it.

I think there were a number of us out there just waiting for Travis Stevens to throw his hat into the directorial ring, and the wait definitely paid off.

Girl on the Third Floor is beyond a promising beginning in the Director’s Chair for Stevens, and I cannot wait to see what he chooses to create next.