This week on the Bloodhound Pix Podcast, it’s our Indie Spotlight, and we are celebrating two of the best, must see horror comedies of 2020.

2020 may have changed the festival game, but COVID didn’t hold back the tide of great indie film releases. As we near the end of the year, we celebrate two of our festival favorites. 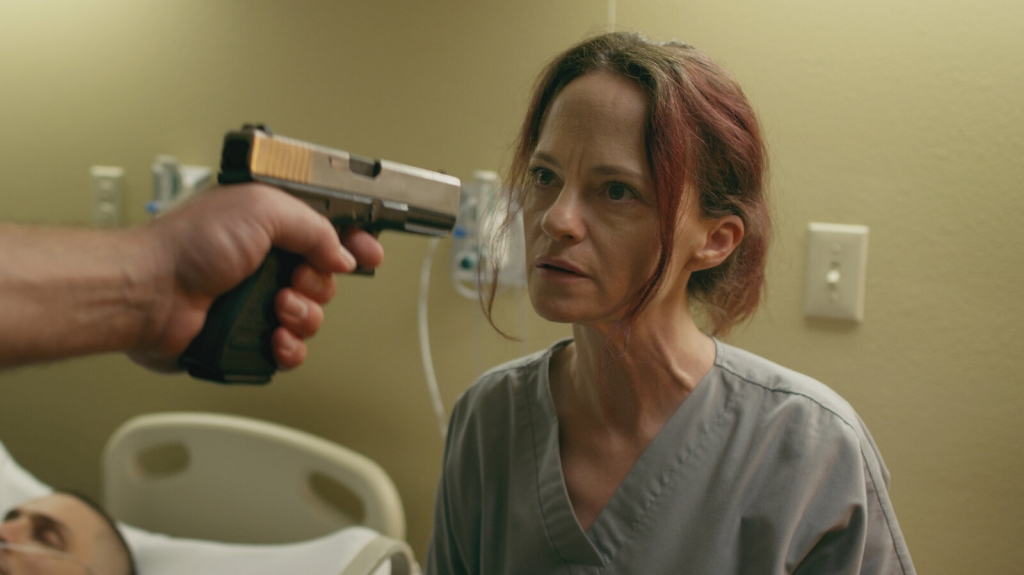 12 Hour Shift takes place in 1999 over the course of one 12-hour shift at an Arkansas hospital. A junkie nurse (Angela Bettis), her scheming cousin (Chloe Farnworth) and a group of black market organ-trading criminals (Mick Foley, David Arquette, Dusty Warren) start a heist that could lead to their imminent demises.

Hawk and Rev: Vampire Hunters is about Philip “HAWK” Hawkins, who doesn’t just dream about killing vampires; he eats, sleeps, drinks and freakin’ breaths it. After getting kicked out of the Army for staking a fellow soldier with a blunt two by four, Hawk almost dies of boredom working as a night security guard in his hometown of Santa Muerte, California. Just when it looks like all Hawk’s options in life have expired, filthy blood-sucking vampires appear, and of course, nobody freakin’ believes him.

With his back up against the wall, his sweaty Karate Kid headband on and hordes of murderous vampires closing in, Hawk enlists the help of the one person who kind of believes him:  Revson “REV” McCabe, a dimwitted, vegan-pacifist groundskeeper. Together, they join forces to save the whole entire freakin’ world. Well, at least their hometown anyway.

Be sure to tune in every week for new episodes of THE BLOODHOUND PIX PODCAST on the Morbidly Beautiful Network.