This week on the Bloodhound Pix Podcast, filmmaker Sean O’Connor takes over programming the show, and we talk tarot and transcendence — onscreen and off.

This week’s Indie-Stry episode may not exactly be a spiritual experience…but we think it’s pretty darn close! 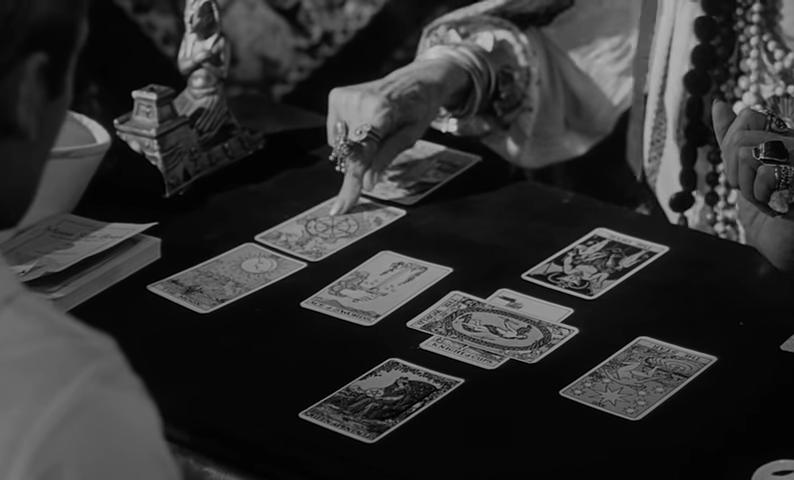 It’s the second Tuesday of the month, which means Bloodhound Pix is releasing this month’s Indie-Stry episode.

The industry seems to be changing drastically each year. Wouldn’t you rather get information from people that are dealing with the modern issues instead of basing their advice off of something that may have worked decades ago but may seem outdated now? We think so. Which is why the Indie-Stry episodes of Bloodhound are dedicated to bringing you up-to-date with guests from all levels of the industry — crating a guide for your journey into the horror community. Using interviews and roundtable discussions on crucial topics for up-and-comers, these episodes are used to create a safe space where a diverse group of voices can authentically discuss what faces this genre that we’re all passionate about.

In this episode, the roles have been reversed. Filmmaker, friend, and former grad school classmate, Sean O’Connor, takes over the show with “That’s Not Our Podcast,” a special segment in Indie-Stry that provides guests the opportunity to craft an episode entirely about subject matter of their choosing.

The Sean-led conversation has Craig and Kyle discussioning tarot card readings, holistic healing practices, and transcendence. In tying it all together, Sean is able to discuss transcendence in film, more specifically on-screen violence. He then gets the Bloodhound team to break their silence about movies they consider the most infuriating.