After falling in love with the bloody new horror-comedy “Red Snow” at GenreBlast, we were dying to chat with director Sean Nichols Lynch.

Filmmaker Sean Nichols Lynch offers up a quirky and clever take on the vampire subgenre with his sophomore outing Red Snow (2021), which enjoyed its world premiere back in April at this year’s Panic Fest in Kansas City, Missouri. Red Snow is a well-balanced union of horror and comedy, a playful take on vampire tropes that also occurs during Christmas, making Red Snow among the first Christmas horror-vampire feature-length films.

Since Panic Fest, Red Snow rightfully continues to garner attention on the festival circuit, playing in both Europe and the United States, with additional bookings slated for the rest of the year.

Morbidly Beautiful caught up with Lynch during the film’s run at the GenreBlast festival in Winchester, Virginia, and discussed the origins of the film, the challenges of shooting in frigid winter conditions, the importance of practical effects, and the undeniable talent of the film’s star, Dennice Cisneros. 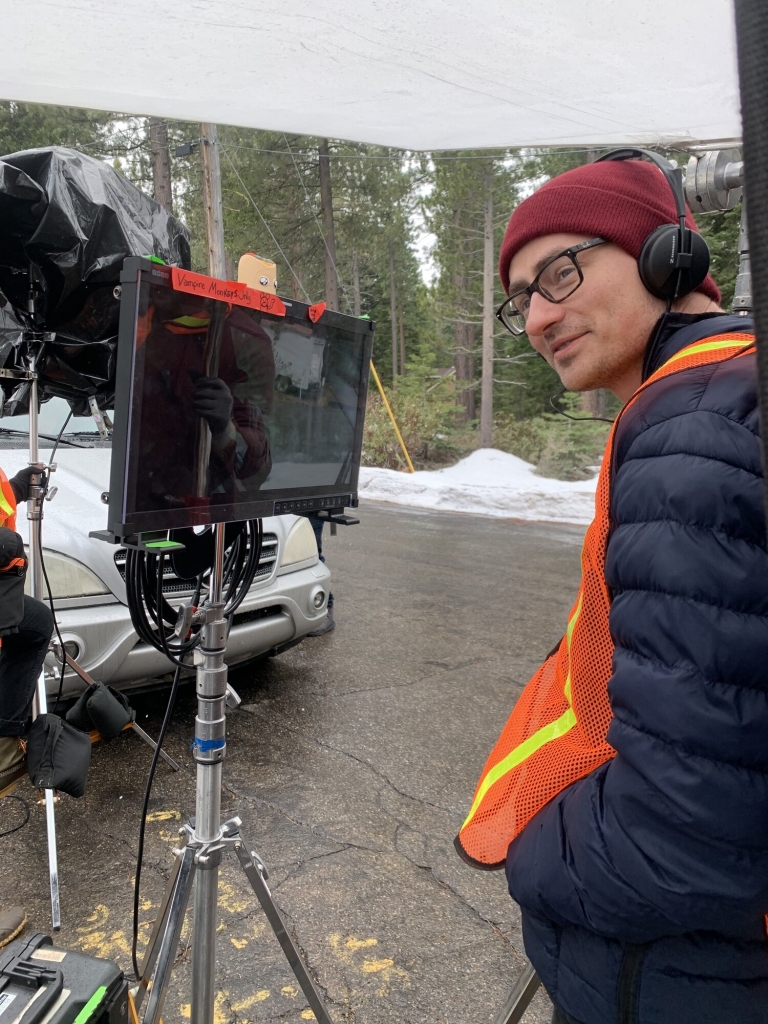 Morbidly Beautiful: Congratulations on the making of your second feature film, Red Snow. How and when did you first develop the concept for this project and its unique blend of vampire folklore, horror-comedy beats, and its Christmas setting? What were some of your most critical influences (cinematic or literary)?

Sean Nichols Lynch: Thanks! I’ve been a fan of vampire films and lore since I was a little kid, dating back to when I first saw Dracula (1931) with Bela Lugosi at age three or four. As I grew older, I got into stuff like the Hammer films, Anne Rice, The Lost Boys (1987), Fright Night (1985), and John Carpenter’s Vampires (1998). That 100 Vicious Vampires book that Olivia reads in Red Snow was actually taken straight off the shelf of my childhood bedroom!

At some point, I also developed a taste for holiday horror, like Black Christmas (1974), Christmas Evil (1980), and Santa’s Slay (2005). I think it’s like that Shane Black thing of mixing the bright and festive and cheery aesthetic with the dark and bloody and brutal. I realized that nobody had successfully combined vampires and Christmas in this way. It seemed like a terrific opportunity if I could think of a story worth telling in that world.

A few years after that, I was trying to get a different low-budget horror feature off the ground and I was frustrated because the financing just wasn’t coming together. It’s the worst part of the process because you can burn years just talking about making movies meanwhile, you’re not creating anything. It was around then when it felt right to just start something completely different and bring in my own cast and crew to pull it off. It was real back-to-roots filmmaking and it felt exhilarating. 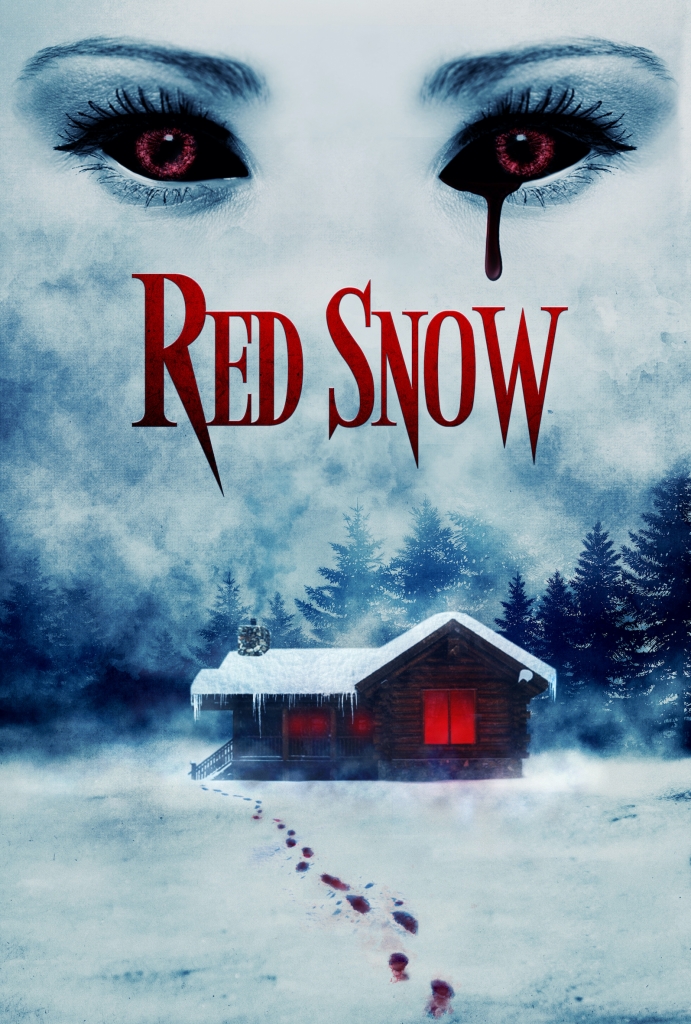 Morbidly Beautiful: Shooting in the cold, and in snow, is always a challenge. How long was the shoot and what were some of your biggest challenges in shooting in such a frigid environment?

Sean Nichols Lynch: It was definitely a challenge. Principal photography was just 12 days in South Lake Tahoe, with one pickup day, so the margin of error was about zero when it came to getting all the snow shots done properly. Some exteriors had to be rescheduled because there wasn’t enough snow on the ground. In some shots, we quite literally had to shovel snow into the shot to fill the frame! Other days we got more snow than we needed.

There was one day in particular where snow was falling throughout an entire day of exterior shots. It’s the kind of production value that money can’t buy — the snowflakes just beautifully falling onto Dennice as she trudges through the woods — but it’s also not the most fun working conditions to be in. The cast and crew did an amazing job under the circumstances. 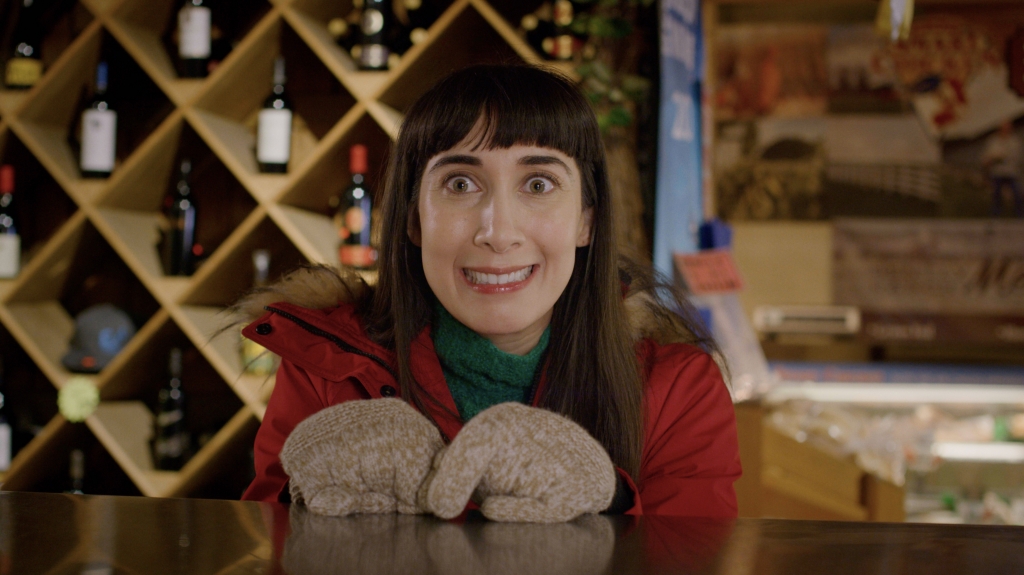 Morbidly Beautiful: Dennice Cisneros does such a marvelous job with Olivia’s character. How did Dennice become associated with the project and what are some of her strongest attributes that made you realize she would be the perfect Olivia?

Sean Nichols Lynch: I really don’t think the movie would exist without Dennice. We knew each other from college because we had acted in our mutual friend Sean Blau’s short film Clay and we had also taken Scott Boswell’s writing and acting class together at San Francisco State where half the class were screenwriters and the other half were actors who would perform the scenes we wrote.  I never got to have Dennice act in any of my scenes because she’d always get picked first by the other writers.

I think everyone had a pretty clear picture of how talented she was from pretty early on. She has this extremely sharp actor’s brain for both comedic and dr