What would you do for love? That’s the central question of the surprising revenge thriller “Pet”, but don’t expect any of the usual answers.

After a brief hiatus, Sunday Bloody Sunday is back as a weekly column, showcasing some of the good, the bad, and the ugly streaming out there on the various services.

This week’s title is a little gem I found on Amazon Prime…well, okay, technically it found me. It started automatically streaming after I watched another movie, but damn, it’s a freaky little film. The trailer will be posted with the review, but if you haven’t seen it, I would encourage you not to watch it. It gives away the plot twist, and I’m really glad I saw the movie not knowing what to expect, because it blew my mind.

Dominic Monaghan stars as Seth, a shy man barely getting by working in an animal control clinic. On the bus, he runs into Holly (Ksenia Solo), a waitress at a local diner. Seth takes to the Internet to learn as much about Holly as he can. He then attempts to win her over at work and follows her to a bar where her ex (Nathan Parsons) works. After getting shut down hard, Seth has an altercation with Holly’s ex, and in the confusion, he manages to steal Holly’s diary from her purse. 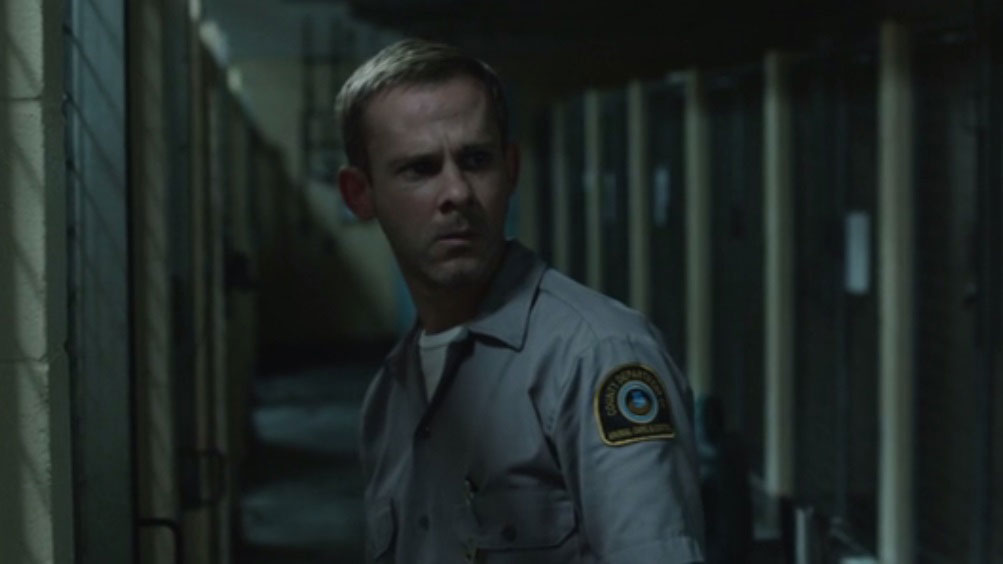 His obsession grows, and then he begins to build a cage in an abandoned wing of the animal shelter. Seth kidnaps her, and Holly awakens in the cage.

This is about as far as I can go without giving away the rest of the movie. Up to this point, it’s pretty much been your standard “boy meets girl – girl rejects boy – boy kidnaps girl” movie. No real surprises up to this point. I was expecting your standard revenge thriller for the rest of the movie, but then it spins the genre on its head as we learn that Holly has a few secrets of her own.

While the movie’s plot (written by Jeremy Slater, Fantastic Four) requires some suspension of disbelief, it is a creepy and entertaining spin on what could have been a by-the-numbers drama.

Director Carles Torrens (M is for Mom, ABCs of Death 2.5) does a wonderful job of building tension and keeping the audience guessing. If you can go with the premise, you’re in for a wild ride.

The acting abilities and chemistry between the two leads is what makes this such a compelling film. I’ve been a fan of Monaghan’s since seeing him as Merry Brandybuck in The Lord of the Rings trilogy, and Ksenia Solo is phenomenal as Holly, showing an amazing range with her character. PET is definitely worth checking out. In fact, it would make a great date movie for Valentine’s Day. At times, it’s touching; at other times, cringe-inducing (in a good way); definitely unpredictable.

If I had seen this movie in 2016, it would have definitely been towards the top of my list of horror films for that year. Do yourself a favor and check out Pet.