This week, we review the exceptional “The Blackcoat’s Daughter” and the disappointing “Amityville: The Awakening” and “Knock Knock”.

This was a very strange week of cinematic encounters…ranging from one of the best films I’ve seen in a while to two films with great potential that failed to deliver. 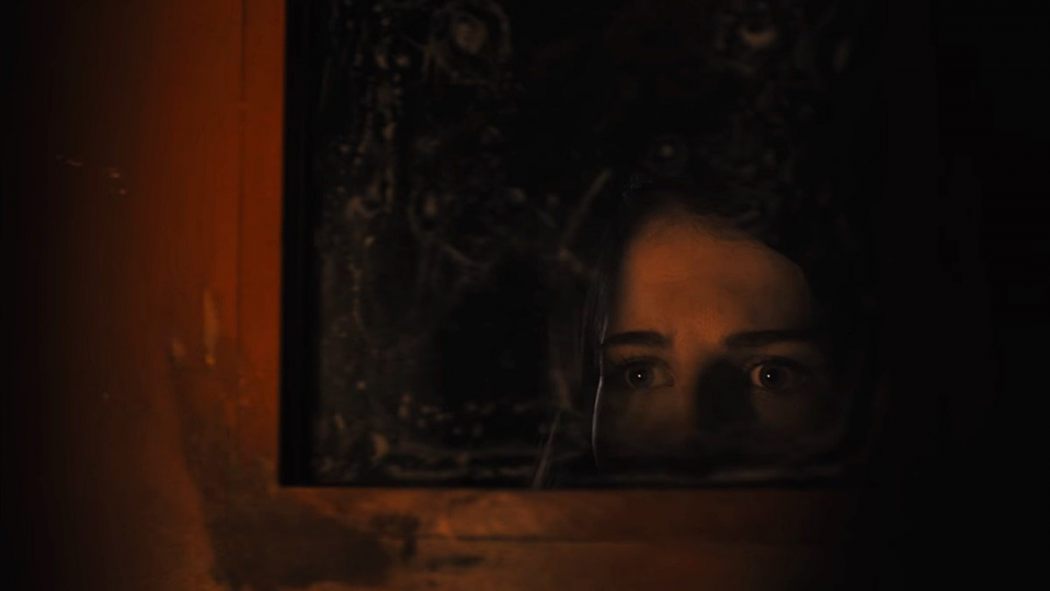 This one qualifies as another one of those “slow burn” movies, but it burns steadily and at the same temperature from beginning to end. However, there is the occasional eruption of black winter fire. Oh, boils and ghouls, you MUST see this one.  t’s a perfect movie for cold and snowy winter nights. It’s thoughtful, mysterious, creepy, overcast, and every frame is haunted by morbid melancholy.

Kat (Kiernan Shipka) and Rose (Lucy Boynton) are the only two students left at the Bramford prep school for girls. All the others have been picked up by their parents and are headed home for winter break. But nobody has come for Kat and Rose. Kat insists her parents will get her in a few days, but Rose doesn’t seem to care whether she gets picked up or not. Since she is older, Rose is given the responsibility of keeping an eye on Kat until one of them leaves. 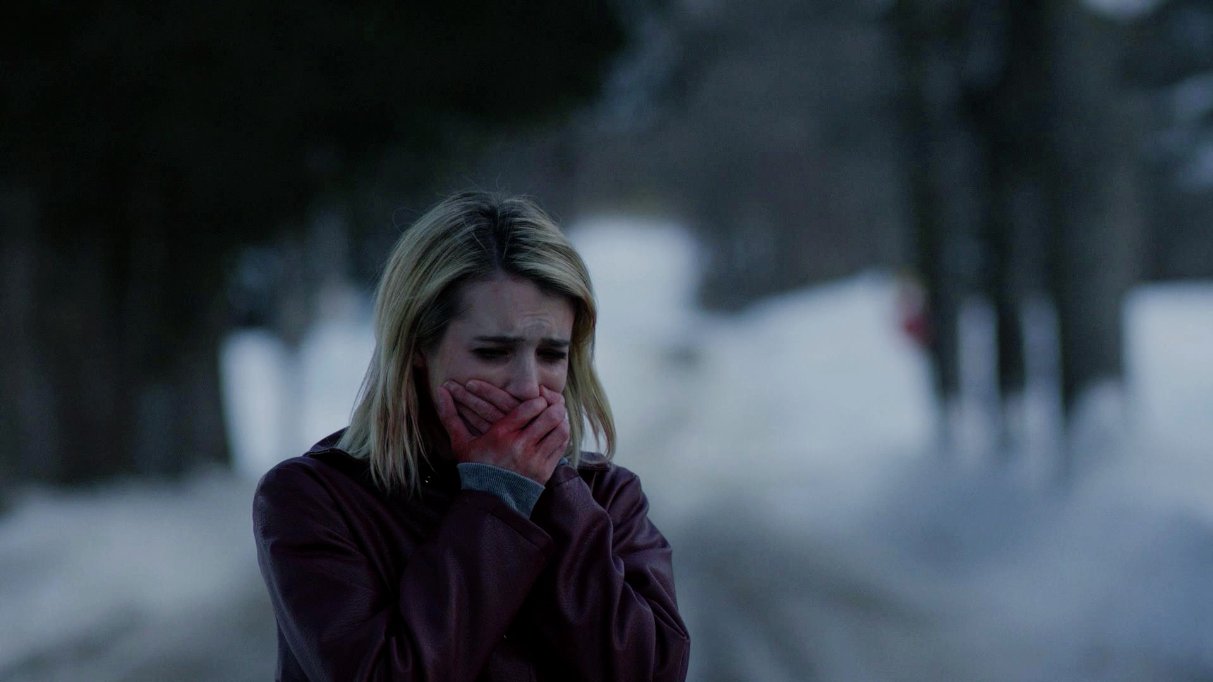 Both are fascinating characters. Kat has an eerie “I’m-sad-but-amused-by-life-so-who-cares-anyway” expression on her face all the time: the pinch of a smile, a grain or two of naivete, and an off-putting reluctance to talk. Rose has a Sherilyn Fenn/Audrey Horne vibe and is also less than talkative, but she is dealing with her own (boyfriend) issues, and is a bit annoyed that she has to watch Kat.

During the night, Rose sneaks out to see her beau. When she returns, she sees Kat in the furnace room (??) doing . . . something (??). As this story begins to develop into something sinister and possibly Satanic, we start another completely different story (or is it?) about a girl, Joan (Emma Roberts), who is hitchhiking to the Bramford school.  She is picked up by a middle-aged couple with a Bramford bumper sticker. Could they be on their way to pick up Kat? Or Rose? 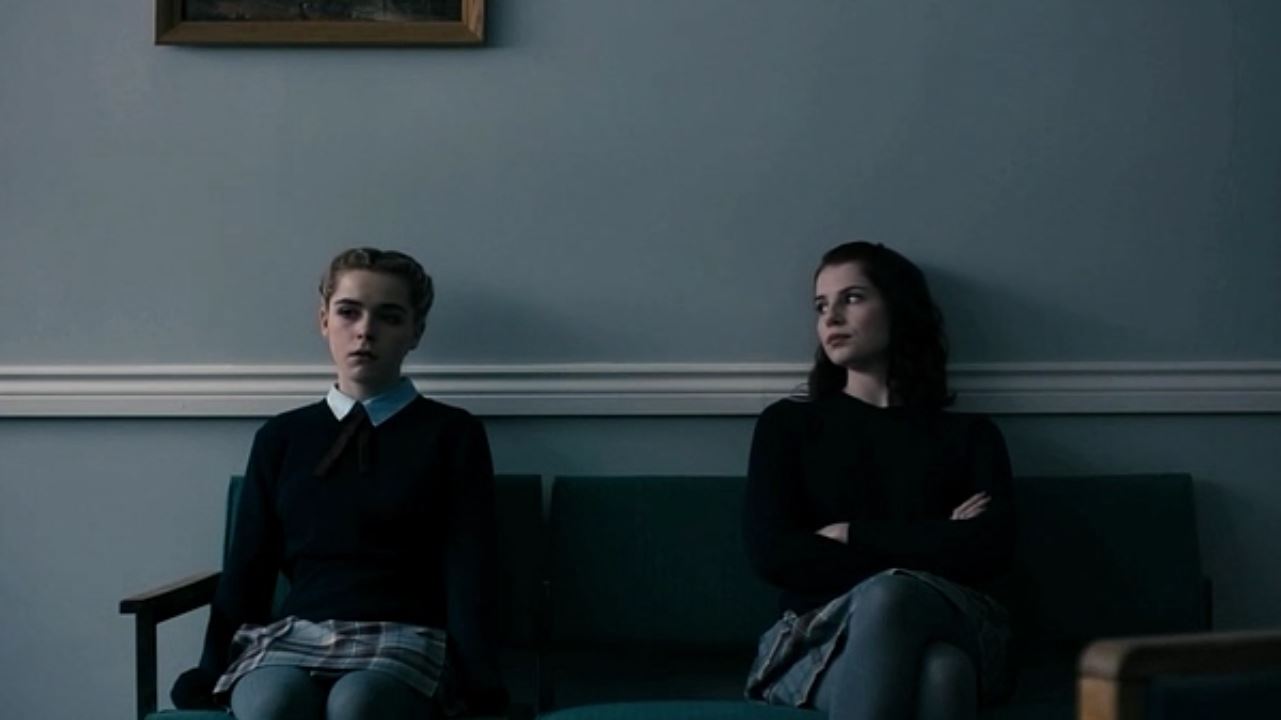 Except for Rose, everything everybody says has a haze of mystery to it. Before bedtime, she has a talk with Kat. Kat, trancelike, says some extremely disturbing things, and ends the conversation with “No. You had your chance.” At this point I was freaking-the-fuck-out! What a terrifying thing for a creepy little girl to say to somebody!  Especially someone trying to be friendly. I love movies that keep you guessing and don’t just spoon feed every detail of the plot. It’s such a gloomy and quietly intense movie. A whispering, shadowy horror ballet.

This is when I start to keep secrets, because giving away much more would completely ruin the movie for you. I give it my highest possible recommendation. Don’t get frustrated by your confusion and just abandon it. Everything fits (semi-neatly) into place at the end. I’m so glad I took a chance with this one. I love it when I cry at the end of horror movies. 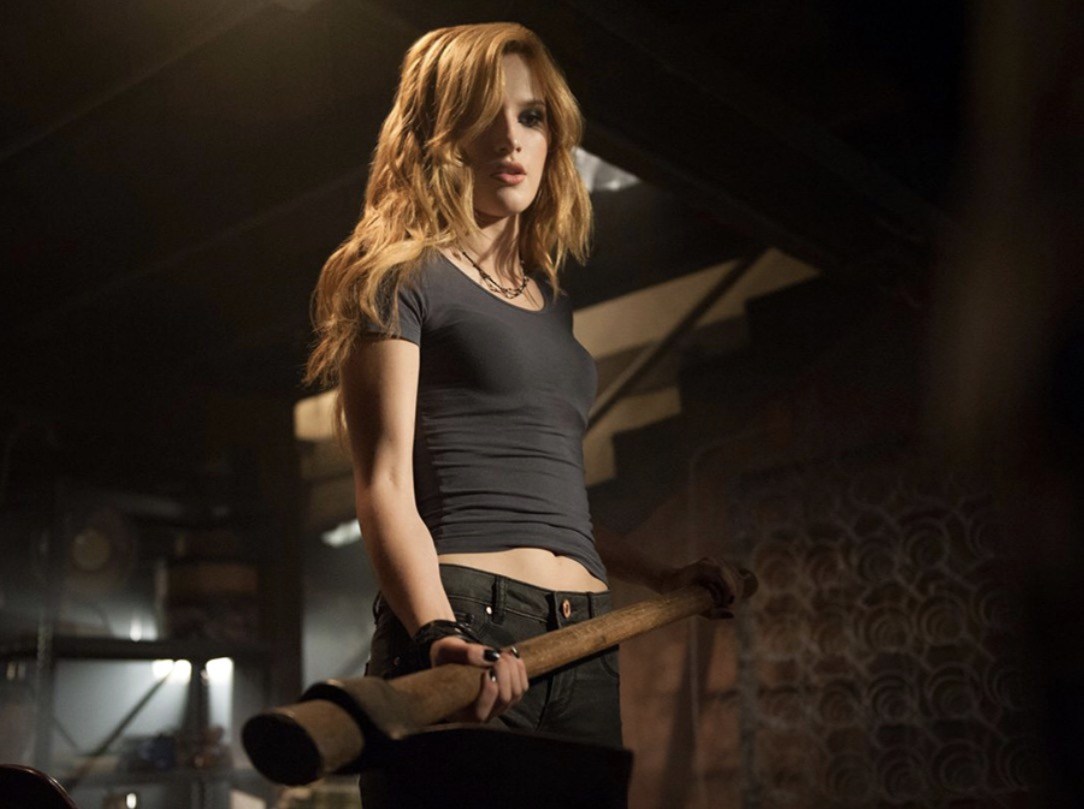 Ok, I watched it. Somebody had to. I pitied this film because after all the shit hurled at it, once it was finally given a chance, it got overshadowed by the executive producer’s sexual harassment scandal.

Believe it or not, this movie had tremendous potential. Sure, it stole part of its idea from Patrick, but only a part. It stole the equivalent of a banana out of an old lady’s grocery bag. I’ll set it up really quick: the Amityville house gets a new family to mercilessly digest alive. Mom, little sister, brain-dead vegetable teen brother, and his teen smart-ass twin sister. 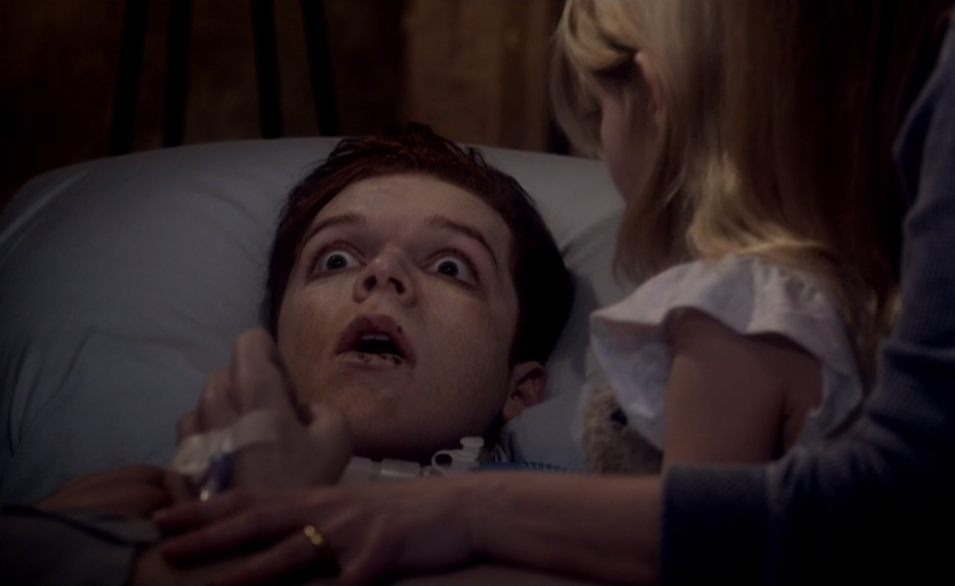 Yeah, I said brain-dead. A while back, his twin sister did some private sexting, and it ended up going viral. Twin brother went after the guy who did it, and during the scuffle, brother falls and hits his head. DUDE!  That’s fucking so sad, right? Imagine how shitty the twin sister feels. And he was mom’s favorite, so on top of her own guilt, she is under constant verbal and emotional attack from her mother as well. That’s a really juicy dramatic setup.

Twin brother is on a complex life-support system that the family move into the house so they could all be together. On top of this miserable family dynamic is the malevolent “kill them all” force inside the house. It possesses vegetable brother. Twin sis has a feeling something is wrong with him. Nobody believes her. She Googles the house, and then everything becomes crystal clear to her. There is a badass creep-out scene with a Steven Hawking-like communication device. That was my favorite part of the movie.