This week we sample some gory delights from other parts of the world: “Zibahkana” from Pakistan, “Wither” from Sweden and “Macabre” from Indonesia.

The Cine-Files is a film journal where I review and rate the movies I’m watching on a color scale, inspired by my love of Sour Patch Kids candy — green for the worst films, orange for average films, red for the great films, and blue for the absolute best of the best.

The name of the game this week is seeing films that you feel like you have seen before, but aren’t completely sure.  Yet you absolutely love them.  How do filmmakers do it?  By knowing what gore gags to steal, for starters. 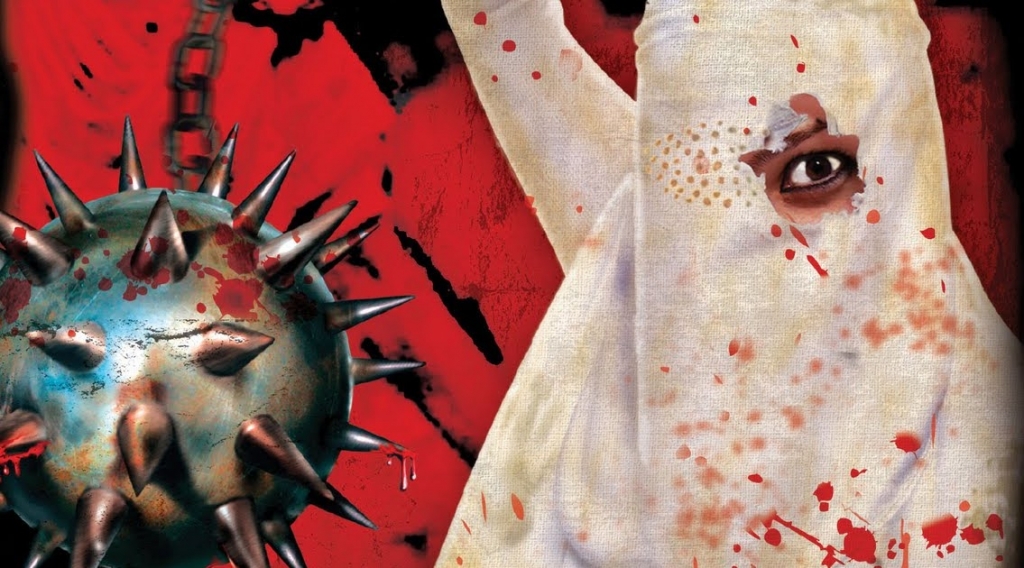 What we have here is the first Pakistani horror movie.  And while it isn’t very well done, it still has a lot going for it.  The zombies, for instance, are quite Fulci-esque.  The kills are scattered all over the place, the best of which come from a villain in a blood-stained white burka.  The only part of the killer’s body visible is an eye, and it chases people in the woods while swinging a giant chained mace.

There are also some visual nods to lo-fi psychedelic horror films like ‘Mystics in Bali’ and ‘Black Magic’.  Although this was an interesting time-waster, and certainly an education when it comes to international horror, I would give ‘Mystics in Bali’ a much higher recommendation. 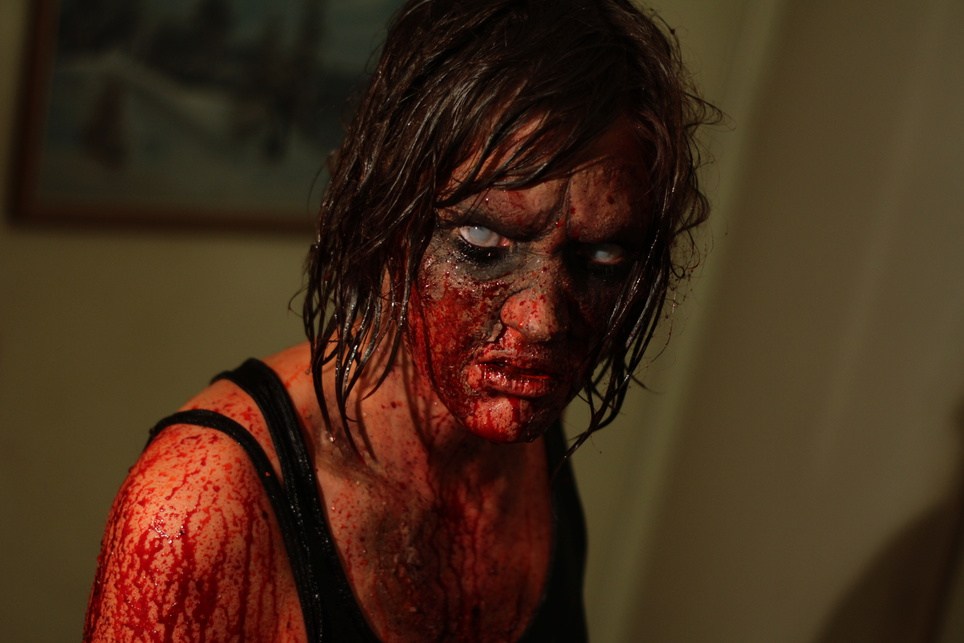 Those familiar with Swedish death metal may not be at all surprised by how face-bitingly, head-crushingly, gut-rippingly gory this movie is.  And it openly admits to being a tribute to Evil Dead.  That, by default, requires it to be tastelessly gory.  Is there a fine line between stealing and paying tribute?  Absolutely.  Wither is proud of what it is, and for the beautiful Evil Dead replays it has concocted.  My only gripe:  the prettiest girl dies first.

But that’s what makes this so much fun: both the female and male actors are tremendously attractive.  Ridiculously attractive.  Yet by the end of the film they are totally crushed and destroyed beyond recognition.  Am I twisted because I like to see attractive people get their faces bitten off by cackling, white-eyed demons?  No, I didn’t think so.

It’s strange how unforgiving we are when it comes to copycatting and unoriginality, yet some movies somehow seem to get away with it.  This is one of them. 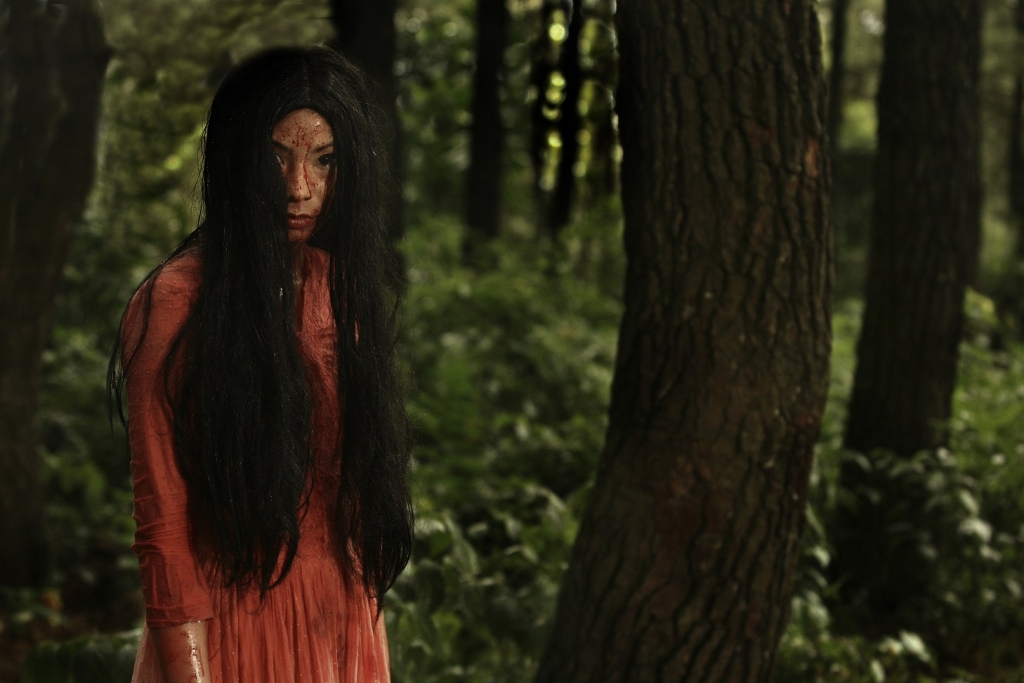 Like I said earlier, there are some truly special movies out there that lack one ounce of originality, yet somehow get away with it.  Fresh ideas are more valuable than diamonds in horror cinema, but sometimes we’ll forgive a movie for not having any.  Why?  Because the ideas it pays tribute to (recycles . . . steals) are so eyeball-squishingly great that we don’t mind seeing them again and again.  That, for me, is one of the saving graces of remakes.  Sometimes it’s fun just seeing how new filmmakers recreate the works of legends and masters.

Macabre is the horror equivalent of classic Disney movie magic.  There are so many things in it that quench the bloodthirst of the horror fanatic.  Although it crafts its own story, it isn’t a new one.  Some visually delish young people give a strange girl a ride home.  To show their appreciation, the girl and her mother, Dara, invite them to stay for dinner. 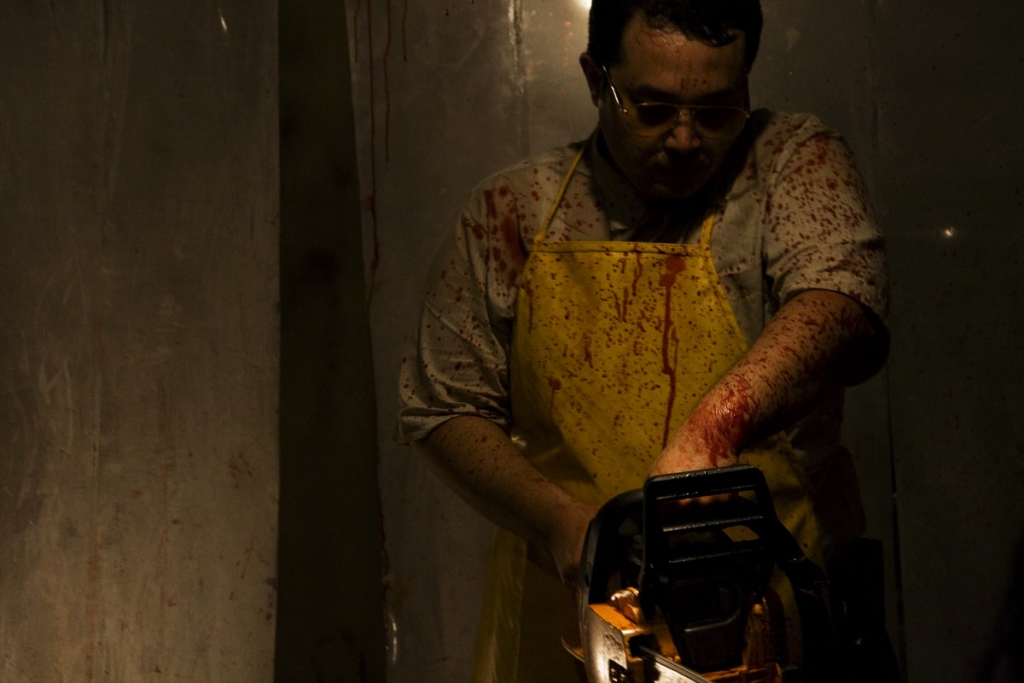 It’s somewhat difficult to believe that these kids didn’t see what was coming after that.  They certainly would have if they saw Frontier(s).  Macabre basically takes all the characters and set pieces from Frontier(s) and imports them into its own story.  There is also a teasing odor of Inside, as well as a lovely scent of the “Safe Haven” segment of V/H/S 2.  In fact, this film and “Safe Haven” have a very similar pacing and editing rhythm.

This film and Frontier(s) are almost identical.  This one has a supernatural angle to it, though.  And in Macabre, the main maniac is the matriarch, not the patriarch.  This film is also extremely violent and bloody.  It even tops Frontier(s).  Melting flesh, close-range shotgun trauma, multiple decapitations (at least one of which is by hand), and chainsaw dismemberment are merely samples of the wet, crimson-spewing madness. 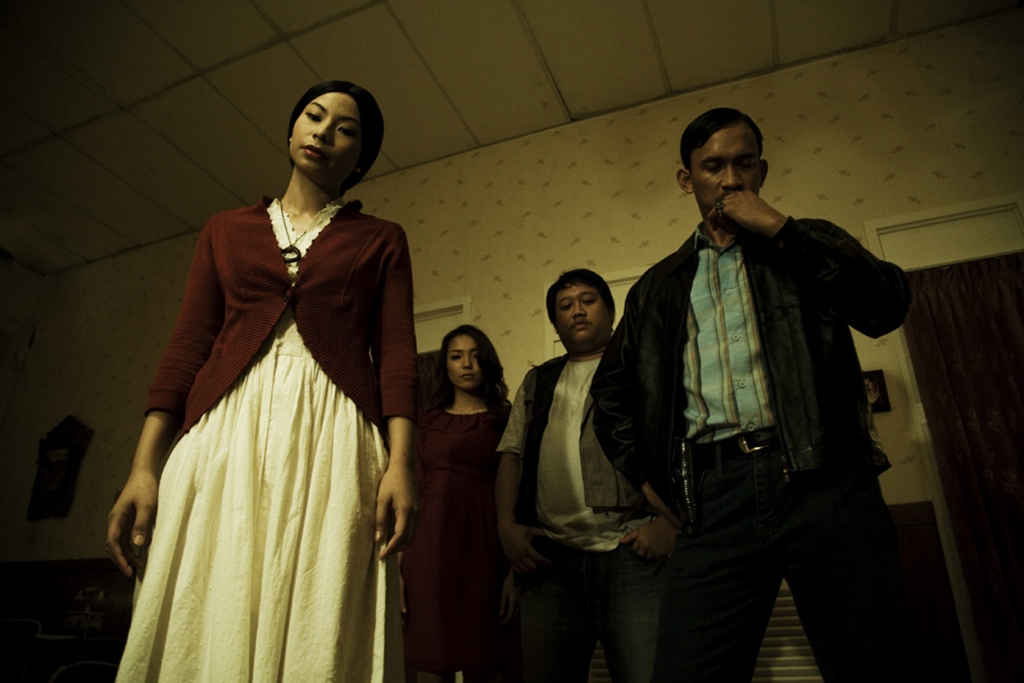 It isn’t just over the top, it climbs over the wall, rips it out of the ground, and swings it in the air.  If you’re looking for something with a simple story, an excessive amount of cruelty, and countless gushing pints of blood, this is the movie you need to see.