“Baby Blood” is a deep and unnerving supernatural horror that lives up to its name with gallons of blood and brutal murder scenes. 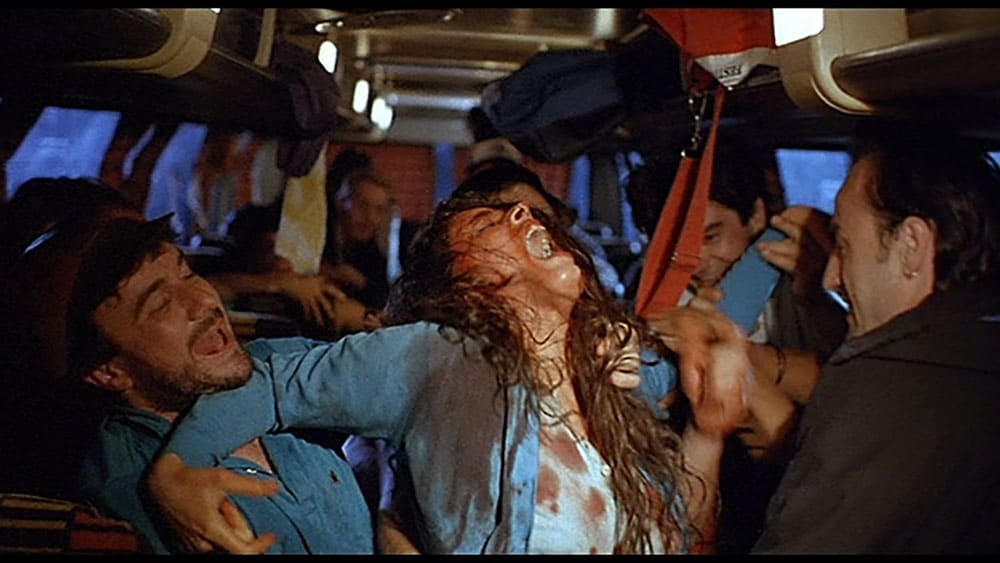 An abused woman becomes pregnant with the spirit of an evil entity which sends her on a blood-thirsty spree bound for the sea. Let’s dig into 1990’s “Baby Blood”, directed by Alain Robak!

What a terrible title. I much prefer the name of the film for the US release, The Evil Within, but I’m just being petty here as the film transcends any title it could have had anyway.

There was an air of heightened artistic integrity similar to Possession (1981), though it was not quite as brilliant as that masterpiece.

Starting out with a cryptic passage over stunning shots of volcanic eruption and segueing into the Amazon before settling with a french circus, we waste little time setting up the protagonist Bianca (Yanka) as an abused performer who cowers (as does the rest of the crew) at the violent hand of the ringmaster Lohman (Christian Sinniger).

A Leopard is used as the vehicle which brings the evil creature that impregnates Yanka. Then, boom, we’re on our way to follow her growth into a serial killer whose only motivation is to feed her fetus the blood of men it forces her to seduce. 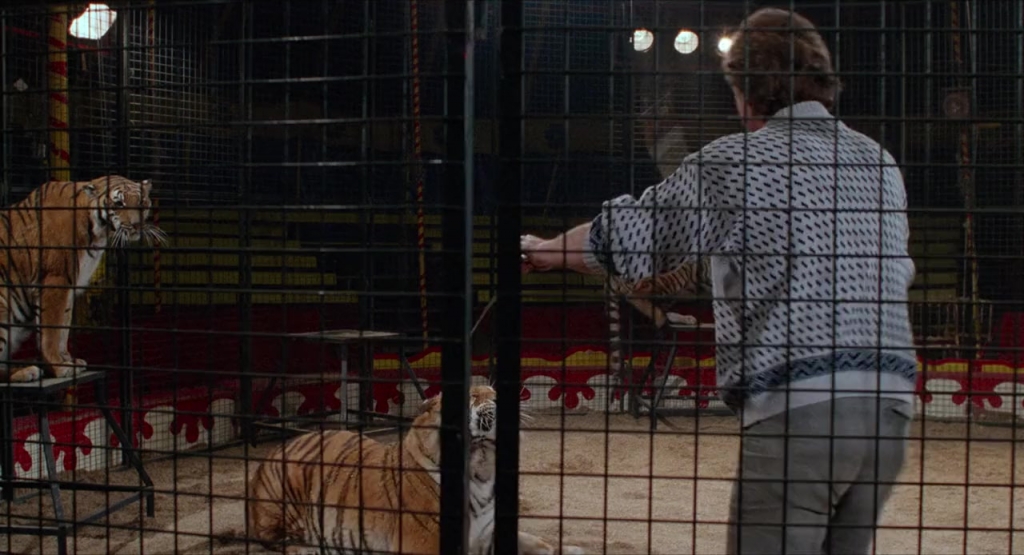 Really brutal murders — including knifing, head-bashing, and decapitations — really keep the blood flowing. But it’s the over-oxygenation explosion kill that takes the proverbial cake, as well as the viscera which surrounds Yanka as she finally gives birth to… an adorable child.

Once the baby makes its own first kill, we get to see it has shed its human skin like a growing snake before it takes on the form of an alien, tentacled creature while never losing its thirst for blood.

It’s sort of a low-key feminist horror film, though there are some more blatant themes and dialogue that drive that point home more than I’m letting on. Honestly, you’re never rooting for the men to survive.

Great stuff with an element of gross-out horror, this hidden gem is well worth hunting down. 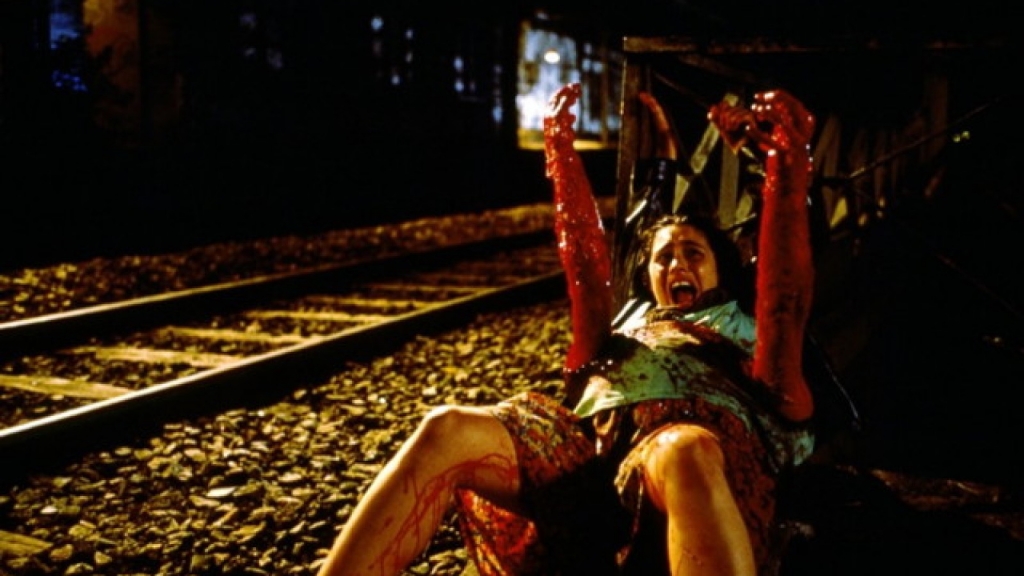 Unless you’re a cinematic Francophile, you’d be hard-pressed to know any of the cast. However, most of them seem to have shared screen time in one film or another with the renowned Jean Reno.

Reportedly, Gary Oldman provides the English dubbed voice of the evil fetus, which adds another level to an already brilliant performer.

Bianca (Emmanuelle Escourrou) has a large scene completely nude, and it lends to the uneasiness of the whole situation. Not because seeing a beautiful naked woman is unsettling, but because the situation she is in, in a rundown/abandoned apartment with the ichor of a recently dead man all around her, would make a germaphobe out of anyone. It heightens the vulnerability. 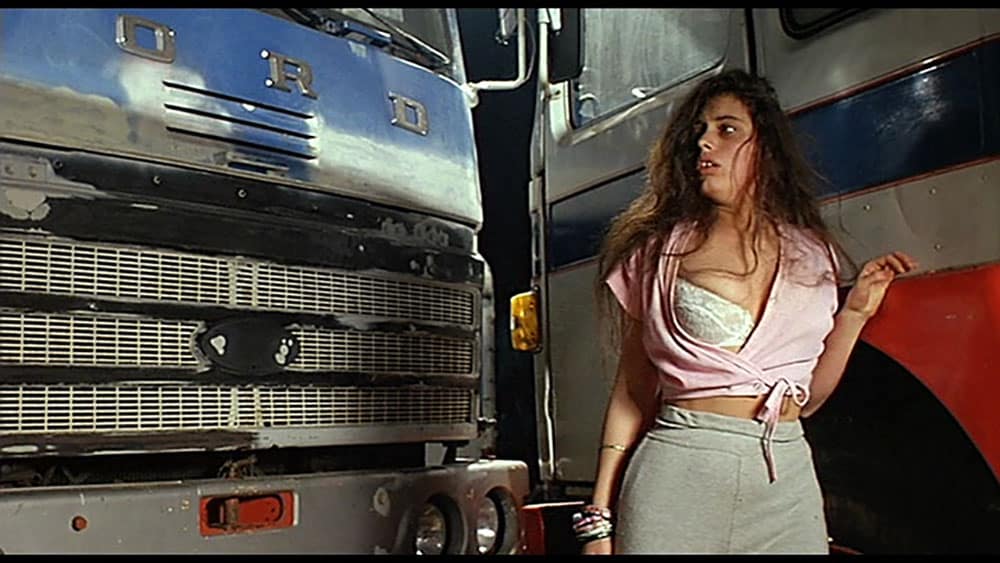 Emmanuelle Escourrou has a gap in her teeth that is impossible to not glare at. Her hair is a mess most of the movie. She has the type of beauty that you can not appreciate the first few minutes she’s on-screen. But once she sinks in, you can’t look away. There is something so mysterious and alluring about her. There is a history in her eyes.

This falls into the category of too artistic and unique to replicate. A proper release of the original may be in order though.

A sequel was released eighteen years later titled unimaginatively Lady Blood. It’s proven hard to track down, but there are some German Blu-ray releases that seem affordable.

Kino Lorber released a Blu-ray and it is free to stream on Kanopy.