A unique angle at the Vampire sub-genre featuring an underrated eighties punk band and a decent amount of blood and nudity. 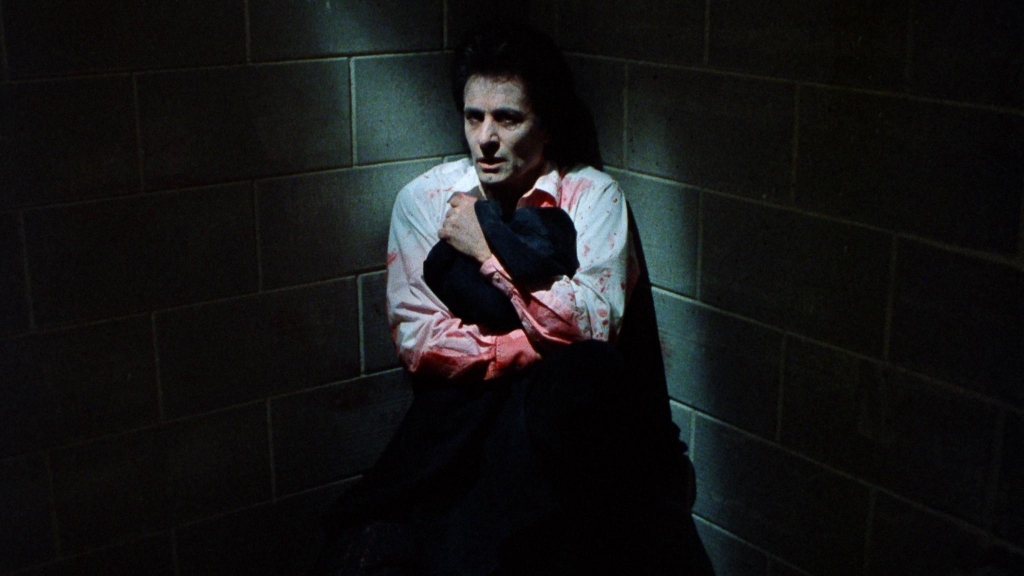 A Vampire comes to Los Angeles to figure out who is behind murders that resemble vampire kills. Let’s dig into 1990’s “Pale Blood”, directed by V.V. Dachin Hsu and Michael W. Leighton!

George Chakiris really does look like a Vampire. He’s not given that much to bite on with substance here. But I imagine, if given the chance, he could really have sunk his teeth into a dramatic or villainous role.

With an interesting premise that strikes the vein if you’re into that old-time detective story feel, this film suffers from a lack of focus, particularly when it comes to the love interest.

Michael’s look when he vamps out is subtle and works for me, especially with the black-out contacts which must have been terribly uncomfortable back then.

Some of the more unique elements, besides committing sacrilege by rewriting the Vampire code, are no bites on the neck! It’s all breasts here. 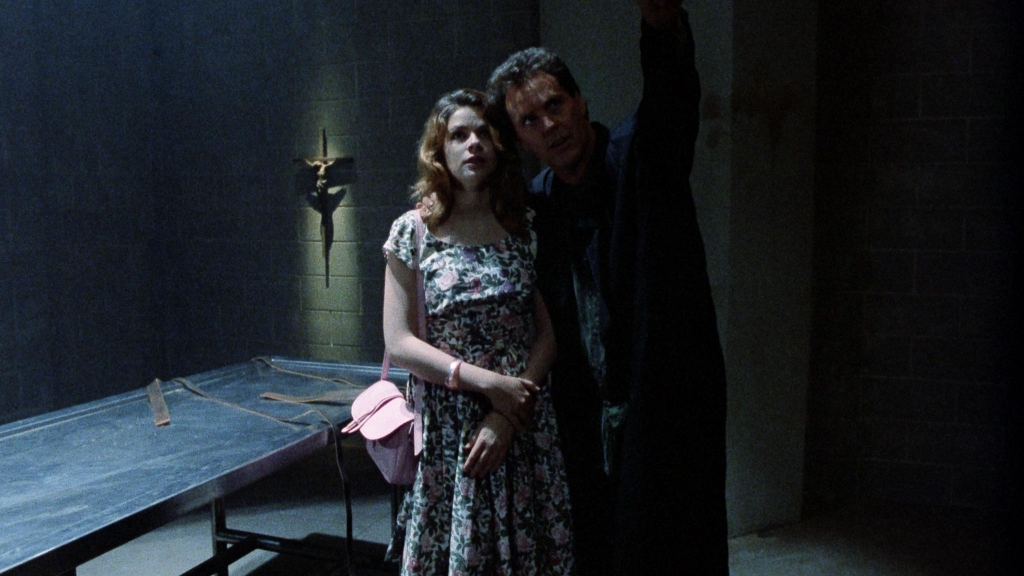 Wings Hauser’s performance is all over the map and to no fault of his own. He comes off creepy, but he’s also supposed to be a bit of a hero, but then we’re supposed to be happy that he ends up in a hellish mental limbo.

The dubbing is maddening. Some of the worst I’ve ever heard. And beyond the score around fifty-five minutes when Lori and Michael share a nightmare, the sound design is ridiculous. You can’t have radio broadcasts over dialogue. It makes no sense.

My favorite part of the film is the inclusion of 80’s surf punk rockers Agent Orange who are responsible for one of my favorite punk albums of all time, 1981’s “Living in Darkness” which features such amazing songs as “Bloodstains”, “Too Young to Die”, and the rockabilly-esque “Miserlou”.

Wings Hauser (Van) has been in the Dig before with Mutant. He also starred in the absolutely absurd 2010 horror based on a killer tire, Rubber, which was made by Qeuentin Dupieux, better known as Mr. Oizo.

Darcy DeMoss (Cherry) played Nikki in Friday the 13th Part VI: Jason Lives and has the honor of being a victim to the goalie mask. 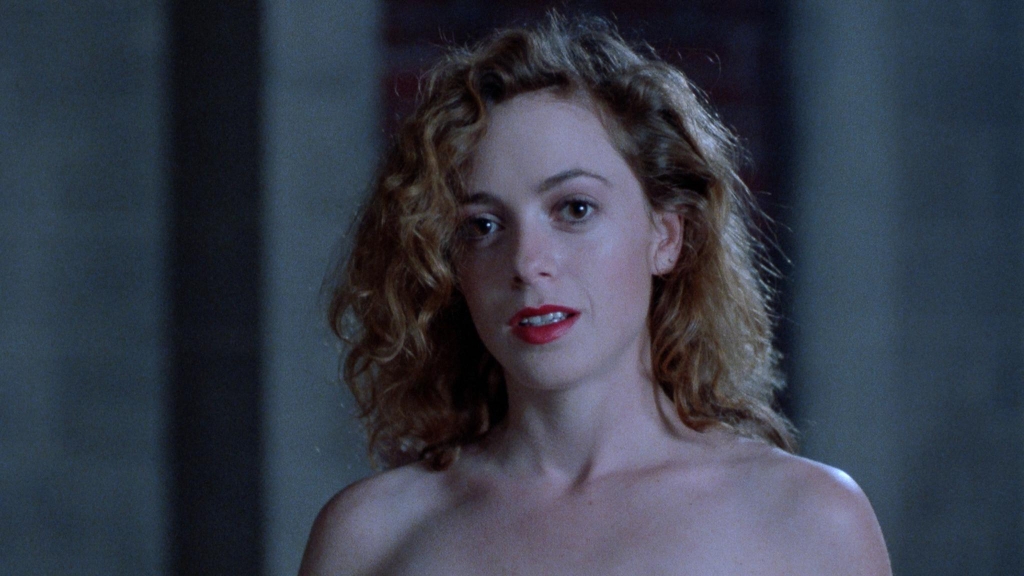 The struggle to be original with a subject (Vampires) that has been done every which way can lead to missteps such as foregoing cemented lore just to be different. If you’re going to make Vampires impervious to garlic and give them a reflection you’ve got to do something more with it. Make it count.

The sexuality in Vampire films is traditionally palpable and this film is no exception. Michael’s romance with Jenny (Diana Frank) is easy to buy thanks to her charisma and beauty.

A Vampire “hunting” Vampires, disguised as a detective film is a good premise. I’d watch it.

Vinegar Syndrome, the standing champion of providing high-res versions of films almost no one has seen before — or films some may remember like a fever dream that played across their nine-inch TV late one Saturday night in the early nineties — released a Blu-Ray. You can also stream on Tubi.