Well shot with a killer soundtrack, “Bad Dreams” is a great example of a ‘better than most’ genre film that slipped through the cracks. 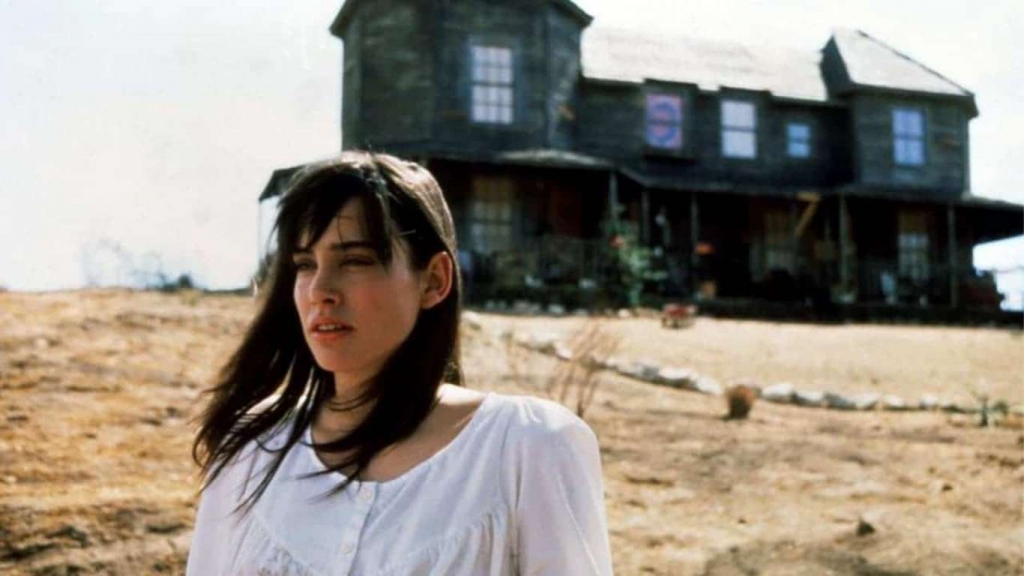 A girl who survived a mass suicide cult finds herself haunted by her past while recovering in a mental facility. Let’s dig into 1988’s “Bad Dreams”, directed by Andrew Fleming!

Bad Dreams doesn’t do itself any favors in being compared to Dream Warriors. Besides casting one of the supporting actresses (Jennifer Rubin played Taryn in Dream Warriors) as their star, they had the dream aspect, the last name of a character being Weston (close enough to Westin Hills), and the big bad having a burned face. I just find it lazy to dismiss it as a rip-off. It’s not.

It is structured well, closing out the cult angle quickly as it’s only a delivery method for the further haunting. Richard Lynch (Harris) plays a great villain, and it was clever to use an actor with real facial burn scars as the leader of a cult with a bent for self-immolation. The post burn make-up on Lynch is solid as well. Even more impressive is how good the super imposed flames look compared to most other films from this era. Coupled with at least one full burn and some partial burns, the stunt performers were busy.

This was the first film directed by Andrew Fleming, and if it showed a ton of promise with stylized dream sequences and well thought out shots. The blood spraying from the air vents was a particularly pleasing gag, as Ed (Louis Giambalvo, who looks like a vintage, older version of comedian Tom Papa) and Connie (Susan Barnes) feed themselves into the turbines. 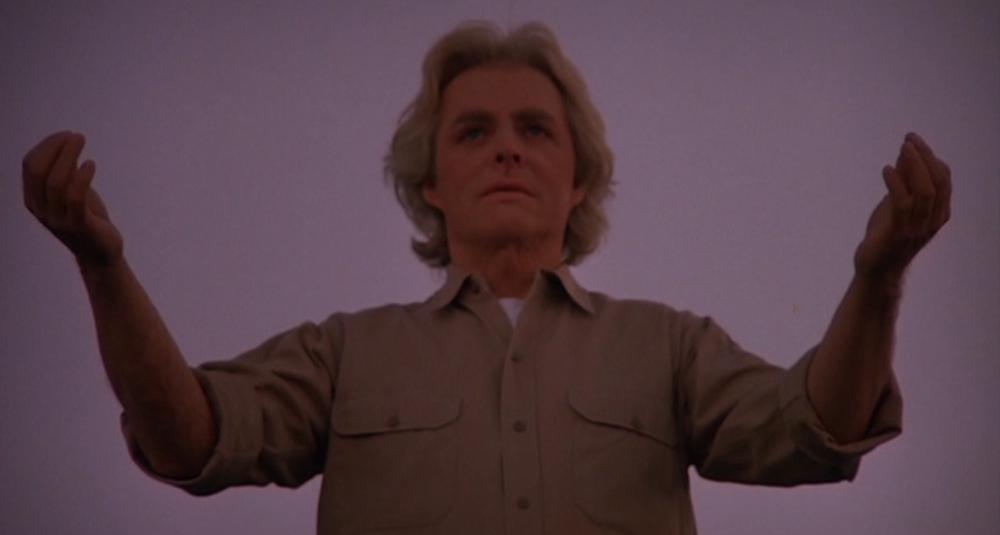 Onto the music: the soundtrack is killer. There’s not an album worth of material to digest, but what they do have is stellar and properly utilized. The Chambers Brothers’ hit “Time Has Come Today” — which has been used in a plethora of films — is front and center, even chopped up and remixed throughout as if it was a score piece. A+ for sound design on that one. The song that literally brings the house down, as the credits begin to roll, is none other than “Sweet Child of Mine”.

Though Guns N’ Roses released Appetite for Destruction more than a year before this film, it had yet to become the planet mover it was destined to be. Andrew Fleming said he originally wanted a different song, and “Sweet Child of Mine” was forced upon him, though retrospectively I’m not sure you can complain about getting that song for whatever pre-smash price they paid.

I liked the film, and it excited me to see more from Fleming.

I wish he had been given more opportunity for horror than history proved, but he did direct the original version of The Craft, which will never leave the annual rotation of must watch again, and again, films. 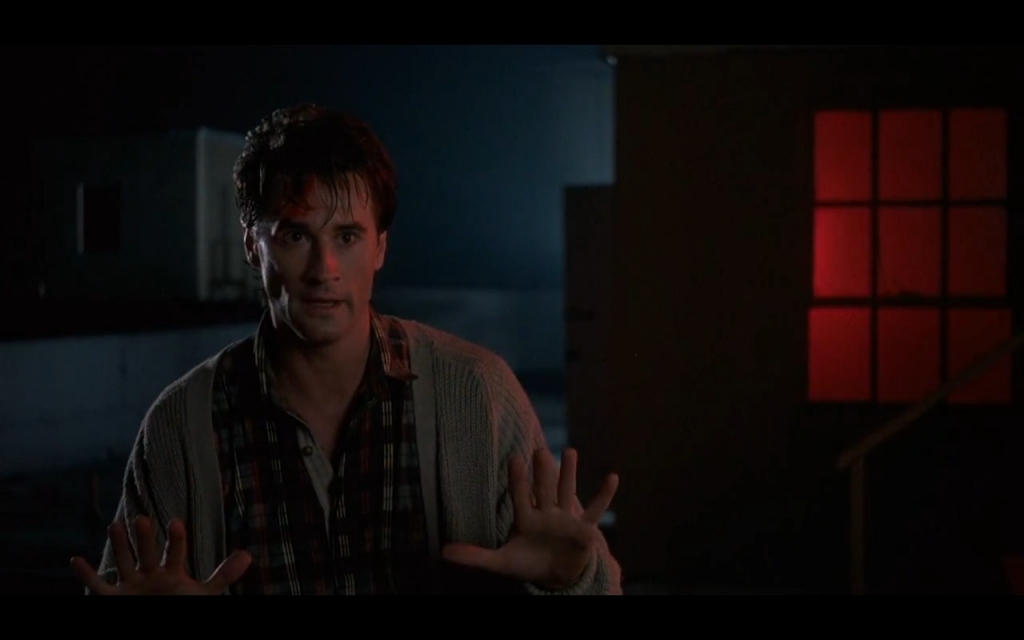 Elizabeth (E.G.) Daily (Lana) was Dottie in Pee Wee’s Big Adventure, Candy in Rob Zombie’s The Devil’s Rejects, and she voiced Tommy Pickles for Nickelodeon’s Rugrats — as well as many other notable roles.

Harris Yulin (Dr. Berrisford) was in a recent Dig alongside Martin Sheen, The Believers, as well as playing the judge in Ghostbusters II.

Not enough to move the needle. 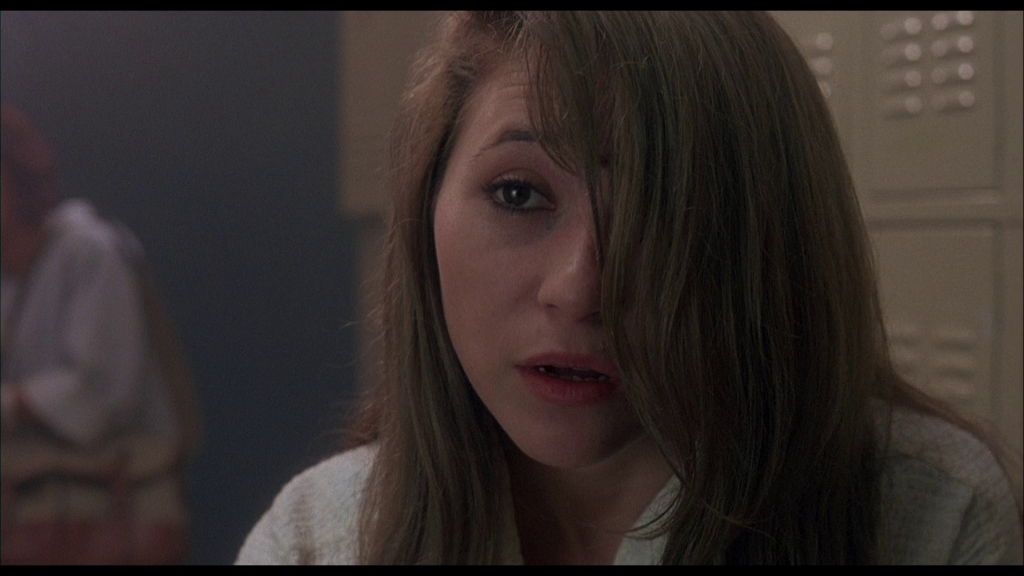 Elizabeth Daily, who plays the fellow patient Lana (previously credited as E.G. Daily), has the cutest voice imaginable and she’s beautiful and adorable to boot. She entered our hearts as the coquettish Dottie in Pee Wee’s Big Adventure and has never left.

The film already takes flack for being derivative, and any subsequent retelling would suffer an even more egregious lashing for lack of originality, though I’m not sure the criticism is full deserved.