An eighties cheesy delight, “The Brain” spends its time on whimsical practical effects instead of its underlying message of cultish trends. 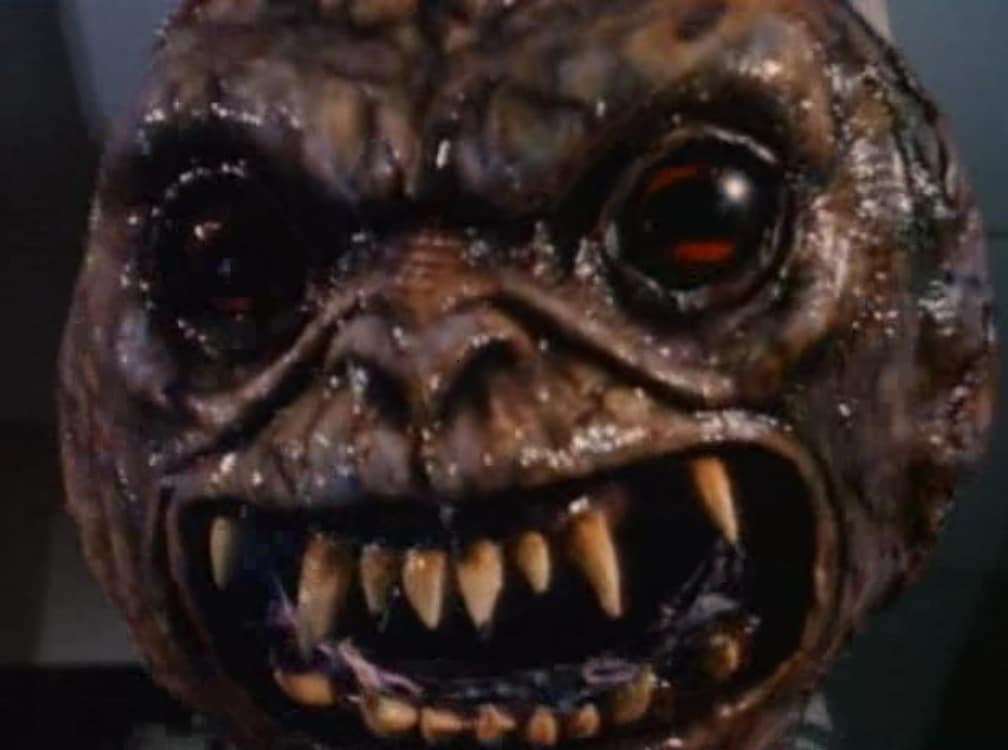 A mad scientist uses a giant, monstrous brain to brainwash consumers, and the only one that can stop him is a wise-cracking high school student. Let’s dig into 1988’s “The Brain”, directed by Ed Hunt!

Brought to you by the production company that produced Frankenhooker, C.H.U.D., Death Spa, and the Maniac Cop films, this gooey eighties sweetheart fits right in alongside the absurdity of the era where you rented a film because of its VHS cover.

There’s not much of an innovative story here.

A mad scientist tries to control the public with some grotesque creature — in this case, a massive brain with a face like Madballs. And a local high school teenager who loves to get a rise out of people is the only one prescient enough to thwart the plot. 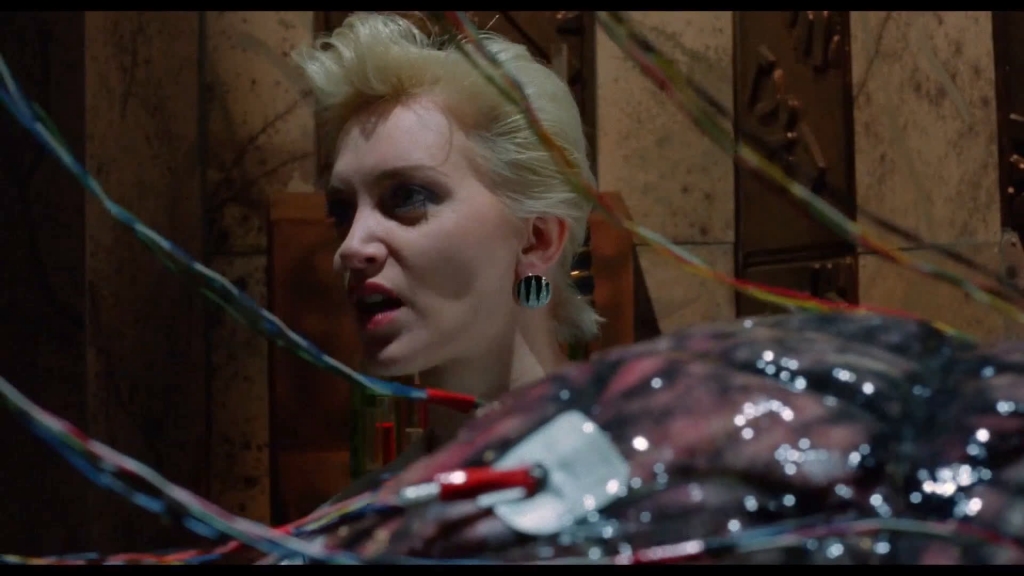 Deeper though is the implicit theme, which not much attention is paid: a rash of product consumption that is creating cult-like followings; worshipers of capitalism unite and suck at the teat of useless plastic and products that will improve your life.

We don’t get bogged down with metaphors and lessons of disillusionment. Instead, the focus is slime, gore, and silicone. It’s overly whimsical, and not terrifying enough, but still fun — and they have a Plymouth fucking fury, a la Christine!

It’s a little Videodrome, a little The Brood, and even a little Henenlotter (Basket Case). Plus, David Gale (Dr. Blakely) can never seem to keep his head on.

It feels very familiar to see David Gale in a white lab coat and acting like a crazed scientist. He is, of course, Dr. Carl Hill in the Re-Animator films based on Lovecraftian fiction, and brought to you by the brilliance of Stuart Gordon (the original film). 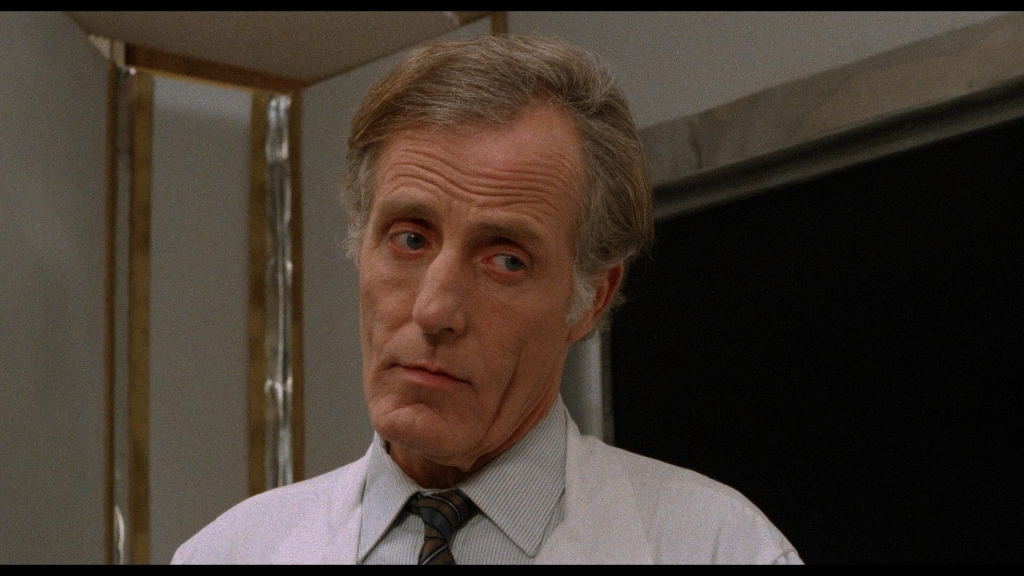 Naturally, the teen’s fantasy would include a sexy nurse seducing him, nude.

I’ve always loved Cronenberg, and I could never deeply explain why. So much of what I see on the screen of his films I can’t wrap my mind around. There is a distinct feeling in my gut, a vibe if you will, that I get when watching a Cronenberg film. And something about this endearing clunker touched the rim of that vibe. So the vibe is my heartthrob. I’m in love with the vibe.

Scream Factory released a Blu-Ray in 2019 with a new 2k scan and a bunch of new features including interviews and a “love letter” of sorts. You can stream on Amazon Prime.