This unique circus terror tale features a great cast with old school performances that up the drama in between vicious kills. 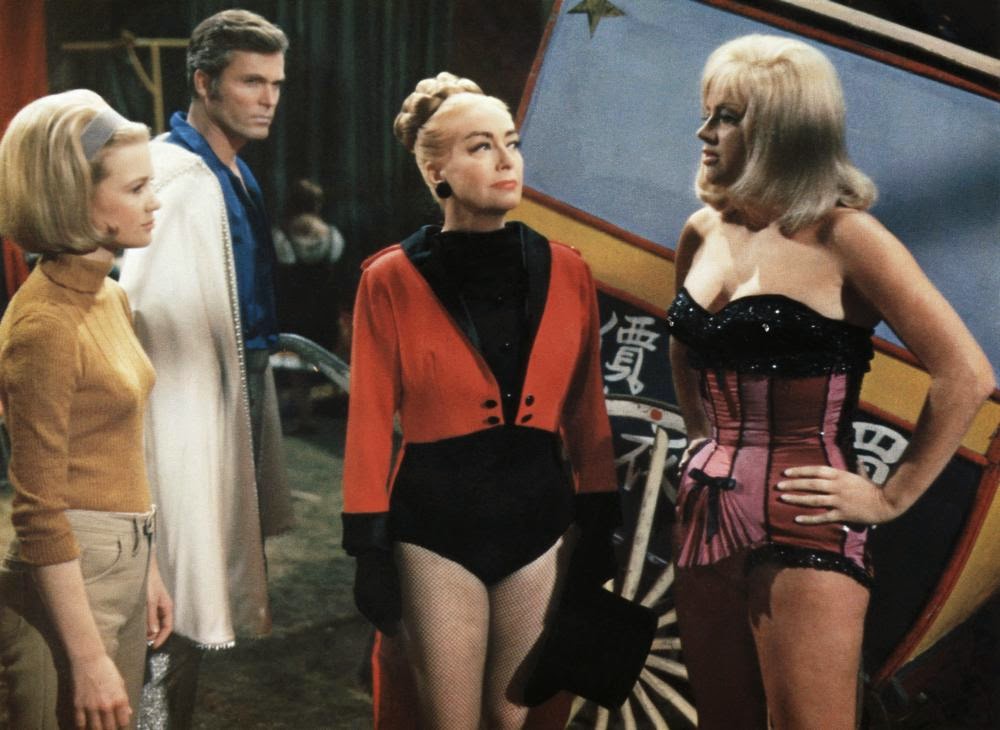 A killer is knocking off circus performers and the ringmaster (Joan Crawford) is suspected as the culprit as she capitalizes on the publicity from the gruesome murders. Let’s dig into 1967’s “Berserk!”, directed by Jim O’Connolly!

A great opening scene cements this old-school entry as a horror film, though it’s more of a detective story minus an interesting gumshoe.

Though a few red herrings are thrown out, which hurt the character’s development, it’s very obvious once the daughter (Judy Geeson) enters so late into the picture where the twist is headed. Having the murders happen in front of the audience (except for Michael Gough’s solid cranial impaling) is a great element, and it was a real misstep not to have all the killings play out in front of the circus crowd.

The tension between Matilda (Diana Dors) and Miss Rivers (Joan Crawford) is another missed opportunity as it was palpable enough that it could have been the central arc of the film, ending with that grisly on-stage murder that unfortunately played out off-camera.

It was, after all, the sixties. And it wouldn’t be for another seven or so years that cinema would take a turn for the truly macabre and grotesque with entries like Tobe Hooper’s The Texas Chainsaw Massacre.

Though it is mostly predictable, this adequate film — which was shot at the legendary Shepperton Studios in the UK — is a sufficient entry for the Dig. 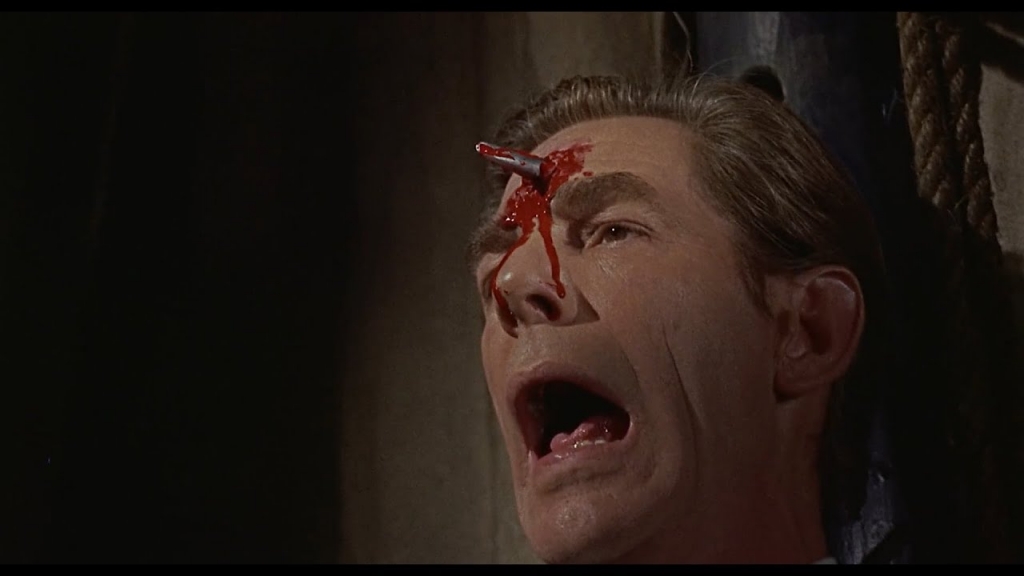 One of the most versatile actors of all time, Joan Crawford (Miss Rivers) had a career that spanned six decades. She played in everything from comedy, to variety, to horror (What Ever Happened to Baby Jane? 1962). Her talent and passion are easily recognizable no matter the size of production she worked on, and this film was no exception.

Judy Geeson (Angela) featured in Rob Zombie’s 31 but it was her role in his underrated Lord’s of Salem that will make her most recognizable to the genre in recent memory.

Michael Gough is back to earn another stripe on his genre belt with yet another Dig appearance pre-Alfred Pennyworth (Batman 1989).

This scene could go either way depending on how it was performed, but the stunt where the Elephant steps over the obstacle of ladies either was performed practically or it was a well-done fake (the legs looked a bit fabricated, and the angle only showed the elephant knees down). If it was real, and the actors were just that, actors, I’d say it wasn’t worth the risk. It was a well-executed scene though. 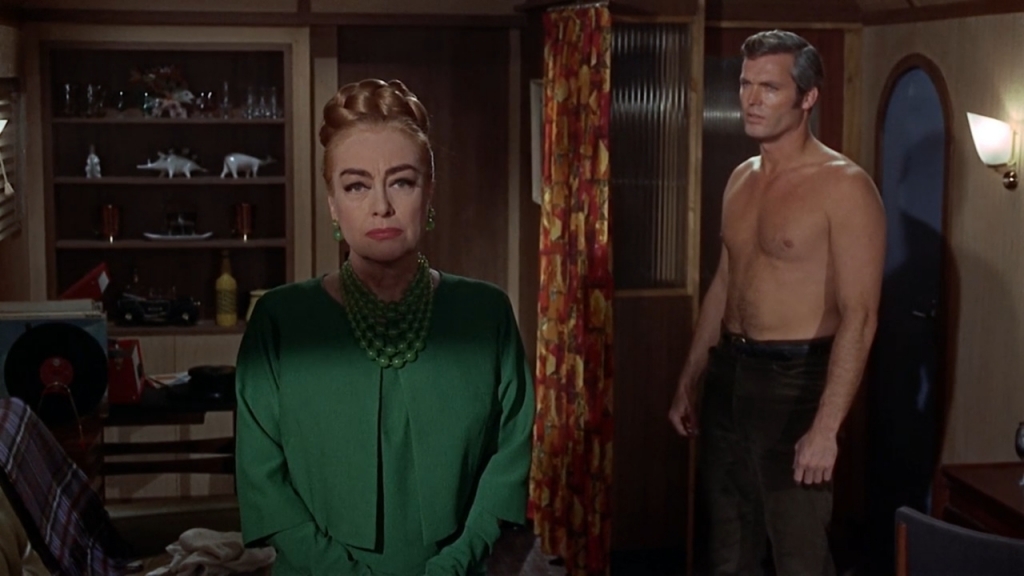 Diana Dors (Matilda) was billed most of her career as the UK response to Marilyn Monroe, and it’s nice to see at the age she was for filming they still pushed her glamour. But for my money, it’s Judy Geeson with her perpetually sleepy eyes and innocent beauty that sweeps the rug from under my feet.

As a society, we’ve grown out of the era of subjecting animals to the life requisite to being a circus performer. Removing that element (which I feel would be necessary to re-imagine this story) would eliminate the color and setting, which was most interesting about the film.

A soft remake of the 1937 film The Shadow which starred Rita Hayworth, the ending of this film did not leave any loose ends to allow for a further telling.

Released on Blu-ray as a double feature, this film accompanied another Joan Crawford horror, Strait-Jacket (1964), by Mill Creek Entertainment. You can also rent to stream on Amazon, Google Play, and Vudu.