Shudder’s “The Power” is a beautiful, dread-inducing, exceedingly creepy film that’s well worth spending time in the dark with. 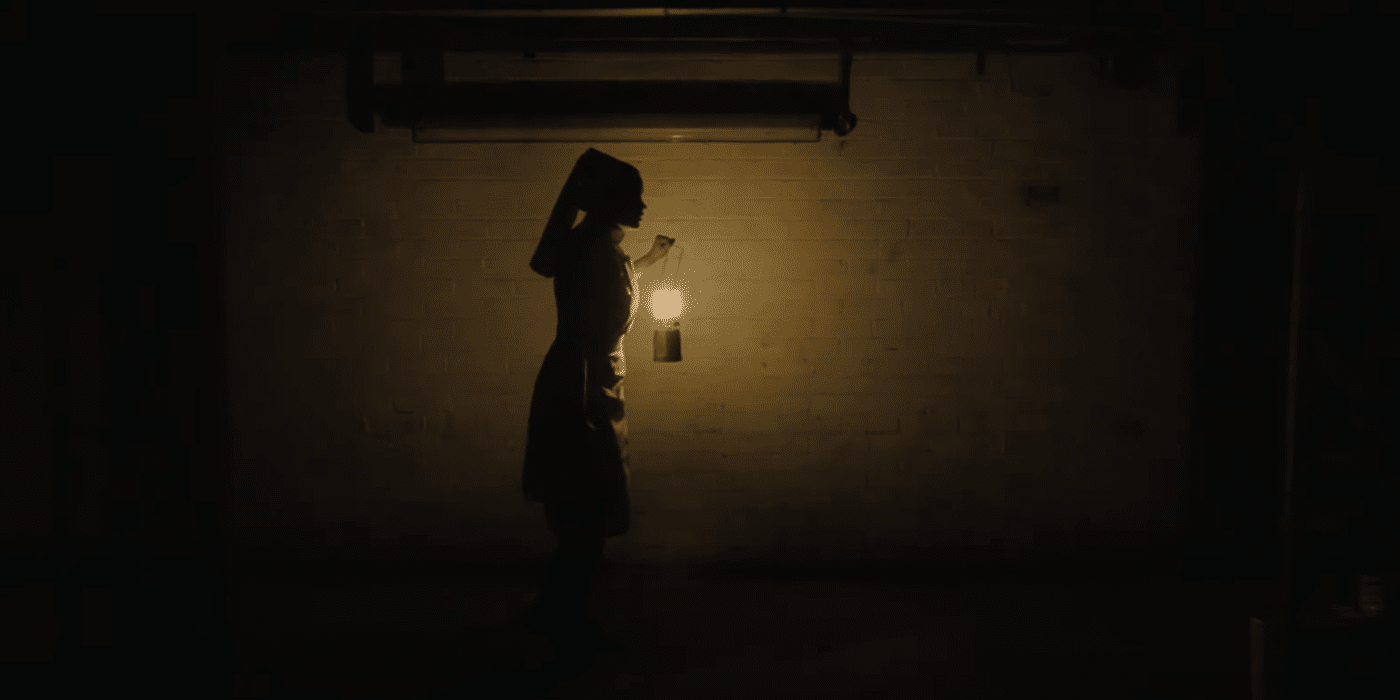 When you think of perfect settings for a good horror film, what could be more fitting than a large, creepy, labyrinthine hospital in the middle of the night? How about a creepy hospital that’s periodically plunged into complete darkness by government-mandated rolling blackouts?

A wave of coal mine strikes has left the country coming up short when it comes to power, and the government has decided that several months of planned rolling blackouts during the night are the best solution. However, nighttime blackouts are far less convenient for some than others, like the patients and staff of the crumbling East Royal London Infirmary.

Young newbie nurse Val (Williams) has a particular hate-on for these blackouts, as she’s a bit afraid of the dark. 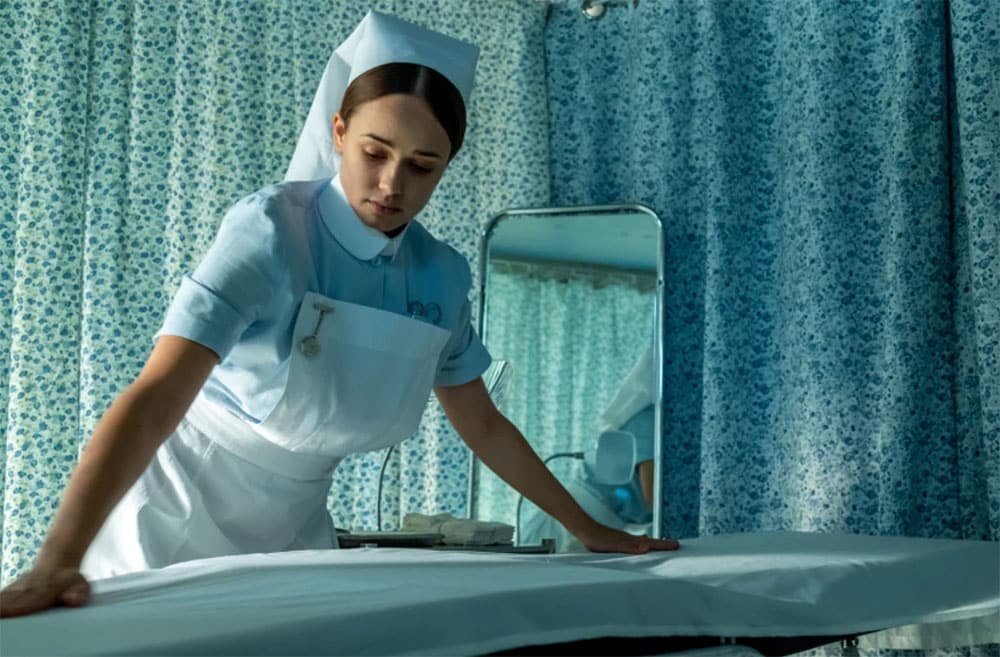 She’s also about to clock in for her first night at the East Royal London Infirmary. However, the Infirmary is no ordinary hospital. It’s already creepier than any hospital has a right to be with its aged appearance and maze-like halls.

Val’s coworkers — including a troupe of lecherous doctors and an overly strict matron — leave a lot to be desired, as well. Even so, Val is excited to be working here, as she has a caring heart and truly believes she can help her patients.

Val quickly starts singing a different tune once the power outages start, though. The noisy generators the hospital has onsite are unreliable at best, illuminating only small portions of the facility at a time. And there’s something genuinely menacing lurking in the shadows, as well.

Mysterious burning smells, eerie whispers, and clouds of ashes that seem to come from nowhere follow Val around the hospital, causing her to fear the darkness even more than she already does.

Can she make it through the night with her sanity (and her wits) intact?

There’s a lot about The Power that works, but Laura Bellingham’s stunning cinematography work paired with Faith’s skilled eye as a director tops the list.

The inky rooms, black corridors, and sobering shadows are more than just window dressing here. They’re genuinely used to the utmost, creating a forbidding atmosphere that really sets the mood.

The dread in this film’s settings is palpable.

The toughest hospital vet would be daunted by the idea of a double shift here, even without the power outages to deal with.

Rose Williams also turns in a stunning performance as the innocent but unfortunate Val. As the tension builds, Williams’s character comes unspooled a little bit at a time.

At one point, she even appears to be possessed and makes you believe it with jaw-dropping physical contortions reminiscent of those seen in The Possession and The Last Exorcism. Her expressive eyes and face add even more to her performance and leave the audience on tenterhooks wanting more.

The bulk of the scares in The Power are subtle, which is a good fit for the quiet, lonely hallways and rooms of the setting. However, there’s plenty here to satisfy lovers of more graphic scares, as well.

Overall, The Power is a winner that’s well worth a watch, especially if you’re into creepy hospital films with a touch of historical context thrown in for good measure.