With a title like “Blood Mania” you would expect more than nine minutes of the promised fluid, though there is plenty of hormonal excretion. 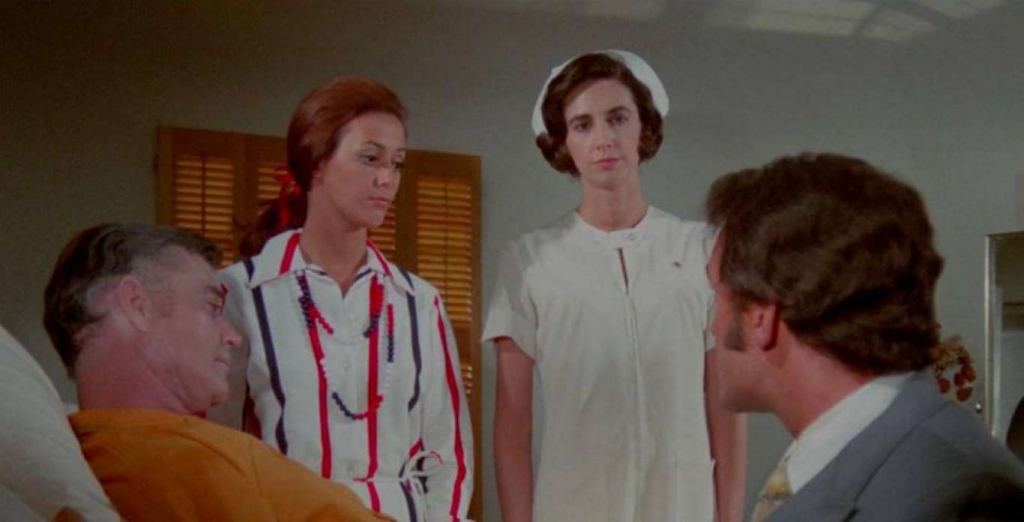 A Doctor being blackmailed for a large sum of cash is wooed by a wealthy heiress who poisons her own father to win her desired lover and clear his debts. Let’s dig into 1970’s “Blood Mania”, directed by Robert Vincent O’Neill!

There isn’t much story to chew on here. There isn’t much horror to be frightened of either. Up until one hour and ten minutes in, we haven’t seen a drop of blood. At this point, only the wealthy, invalid Father has been murdered… but he was poisoned.

Doctor Cooper (Peter Carpenter) is blackmailed by an unnamed character who knows he’s been performing black market abortions (this film is pre-Roe v. Wade). On the hook for $50k, Doctor Cooper tends to one of his patients — himself a doctor — who happens to have a gorgeous and promiscuous daughter who is in love with Doctor Cooper. For whatever reason, Cooper plays coy and rebuffs her advances, until she does the deed and promises to use her inheritance to help him.

A real pickle pops up when the daughter (Victoria, played by Maria De Aragon) finds out that the entire wealth of the estate is to be left to her younger sister Gail. Enter seduction, and Cooper turns on his lady killer skills to woo Gail. She now promises her newfound wealth to him as well, but again he declines the gesture. Why? I don’t think the filmmakers even knew.

That’s about all the story that can be gleaned from the hour and twenty minutes of this version of the film (there are a few, including one made for TV that was filmed in pickups sometime after production wrapped). 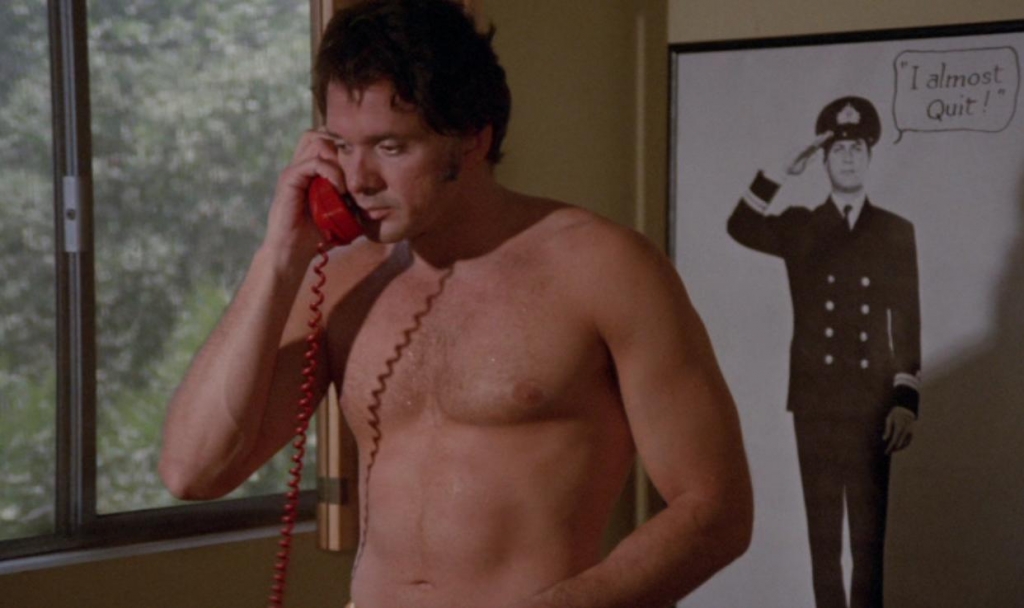 More breasts and soap opera than blood, there are few, if any redeemable bits to this mess.

Gail (whose crazy poofy hair reminds me of Karg from the Masters of the Universe film with Dolph Lundgren) meets her demise at the hands of her sister and a candlestick, and her bloody naked body is dragged around the house. Finally, Cooper arrives and realizes, “Ah, it was Victoria I wanted all along” — since she had the money again now, presumably. Then the blackmailer shows up behind a ghostly vision of nude Gail and laughs at a painting Victoria did of Cooper holding a skeleton.

There, now I’ve spoiled it. 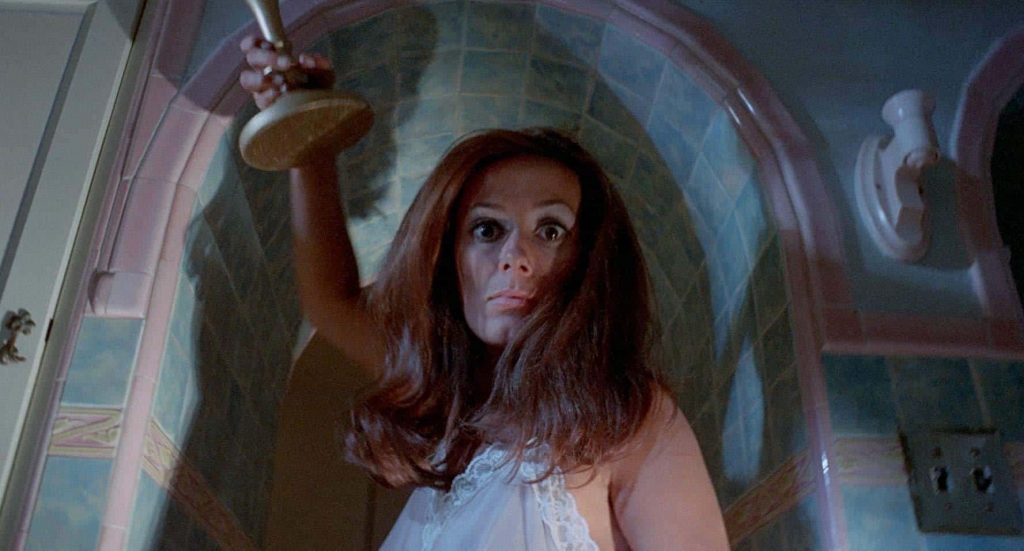 She wasn’t the starlet here, nor in her prime for that matter as she was normally fourth or fifth billed. But if you search photos of Jacqueline Dalya (Kate, the hopeful suitor of heiress Gail), she is one of the most striking humans that ever walked the planet. Her eyes are planets. She worked up quite a CV over her film career, regardless of where her name ended up in the credits.

We can let the source material lie undisturbed.

Vinegar Syndrome released a Blu-Ray double feature along with Point of Terror (1971) which also is written by, produced by, and starring Peter Carpenter. But it is currently sold out on their site.