The Daily Dig: I Bought A Vampire Motorcycle (1990)

A comedy with blood and guts, this has all the right ingredients to be a cult classic and the quirkiness to thrive in grindhouse theaters. 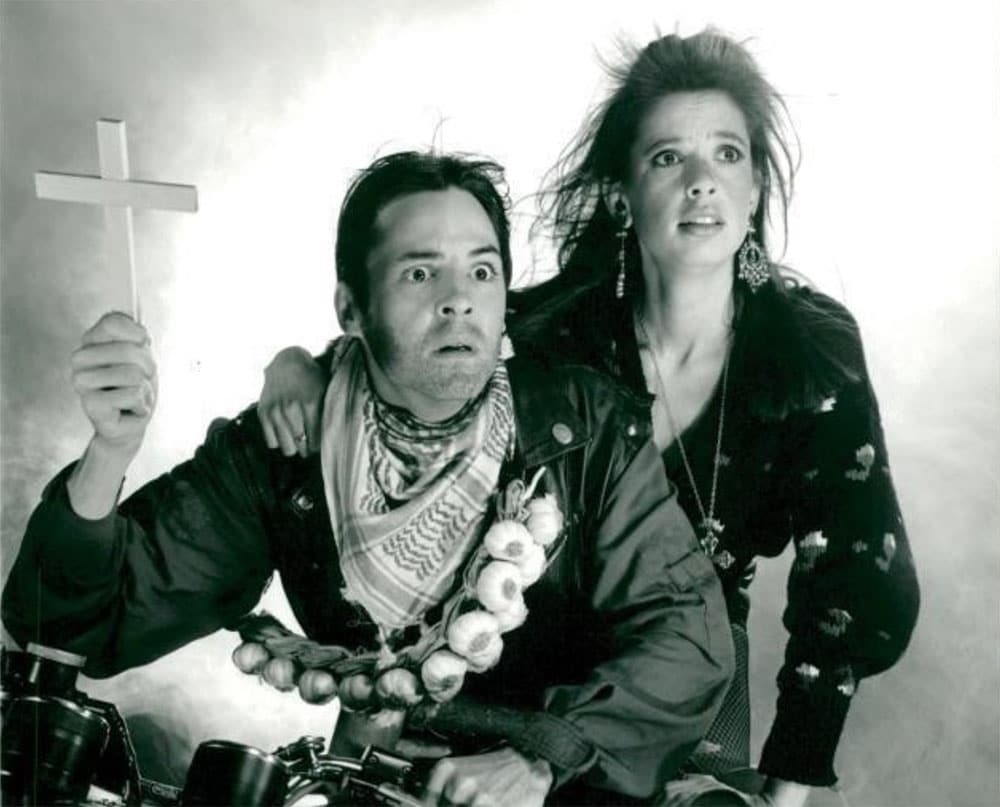 A man buys a motorcycle for what he thinks is a great bargain until he finds out it’s possessed by the spirit of an occultist who seeks revenge from the motorcycle gang who killed him. Let’s dig into 1990’s “I Bought A Vampire Motorcycle”, directed by Dirk Campbell!

There is no way to take this film seriously from the moment you read the title, so if you’re watching it, your expectations should be appropriate.

There are some really great effects throughout the film.

From bloody props and makeup to logistical feats like a carnivorous headlamp, it’s impressive and fun. It kind of runs the gamut of evil creatures with a Zombie-like monster in the open, a vampiric bike, and a demonic exorcism, I’m not sure they really cared all that much about the mythos. It was about having fun.

Like a British version of Brewster and Vincent, Noddy and the Priest run around with ammo belts filled with garlic as they try to stop the killer moto.

A whimsical score does its best to erase the feeling of horror, but a decapitated head or impaled victim is always just around the bend.

The comedy is relentless as well. Lines like “Now it’s death time!” are corny in the best possible way, and the Chinese restaurant (Fu-King) has a nice touch of humorous flavor.

It is ironic that a vampire bike shoots stakes out of its body and the final showdown is basically a bloody Benny Hill skit, with body parts flying in the air and a Detective using his garlic breath as a deterrent. Some dry humor, but enough of a knee slapper to be worth the time.

Anthony Daniels (The Priest) may be more recognizable by voice rather than appearance. He is the immortal voice of C3PO, the most endearing droid with the least discretion.

I’m not really sure the bike needed to be a Vampire. Some gags with garlic and sunlight aside, just being a killer bike would have served well enough. It just ups the lunacy. 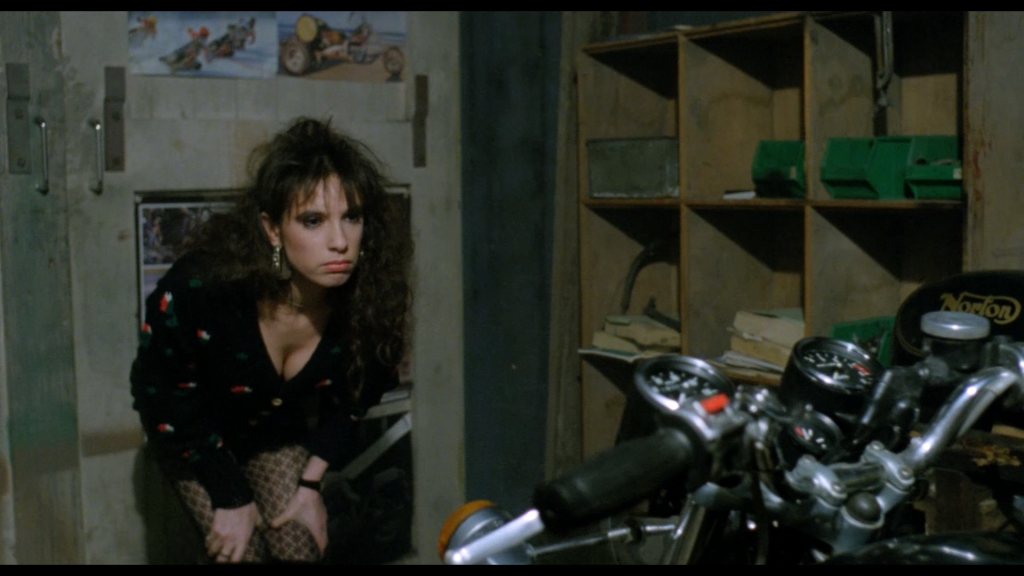 I’ve never heard of Norman cycles before but the bike is beautiful, even with spears and stakes protruding out of it.

The contrast of serious and gritty sets, which was accomplished by using a minimal amount of fabricated sets, kept this absurd premise grounded just enough. I don’t see anybody pulling that off, or even attempting to. Going full schlock would be insufferable. Any more cheese and you might end up in a lactose-induced coma.

The motor was left running for another two-wheeled massacre with blood dripping into the tank and reviving the bike, but nothing came of it.

Kino Lorber has released a Blu-ray or you can stream on Kanopy.