“Blood Tide” is a decent ancient monster flick worth the time for the unique creature and a young and handsome James Earl Jones.

Neil and his wife Sherry sail to Greece to find his lost Sister, but upon arriving they discover an ancient evil that’s been released from a cave and is thirsty for virgins. Let’s dig into 1982’s “Blood Tide”, directed by Richard Jeffries!

Why are virgins always the bill of fare for monsters and madmen? There was a healthy selection of bikini-clad adult women to choose from (it did actually eat Barbara). Getting past the uncomfortable nature of exploiting the “innocent” to feed the sin, we end up with a mediocre monster movie.

The acting is just fine, and they’re all especially nice to look at. The scenery is second to none. Beautiful sunsets. Majestic islands. Ancient architecture that seems to have been locked in time. But, not much happens in the belly of the film.

The opening is strong; symbolic. The ending features the singular creature which seems to be rock-hewn. As if it was a greek sculpture come to life. 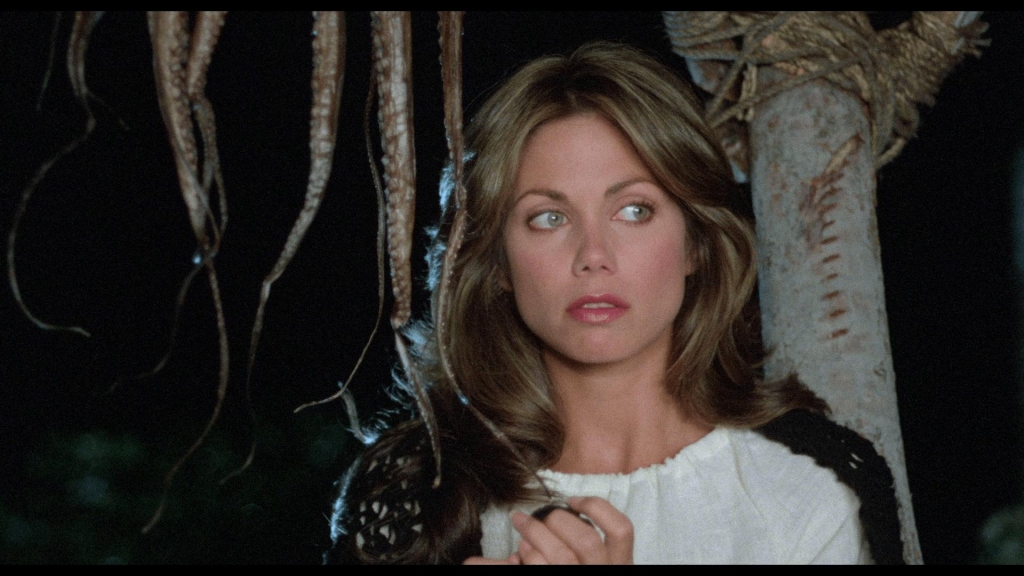 It’s the squishy center that beyond the death of Barbara, and some creepy monastic paintings leaves your chin firmly planted on your fist.

It must have been a treat to film on location and enjoy the local village. A real paradise. Unfortunately, that serene experience doesn’t quite translate to the end-user: us.

James Earl Jones (Frye) almost needs no introduction. Whether you know him as a King (Coming to America, The Lion King), the voice of the dark side (Star Wars), or as a good friend of the Babe (The Sandlot), he has been atop the list of the most respected and talented actors for decades now.

Martin Kove (Neil) entered the pop culture lexicon as the evil sensei of the Cobra Kai dojo in The Karate Kid and its subsequent sequels and recent TV series, Cobra Kai.

Did they really need to show the young girl bare-breasted when she falls into the water and is saved by James Earl Jones? I don’t know how old she actually was, but it’s very obvious she is in her early teens at most. 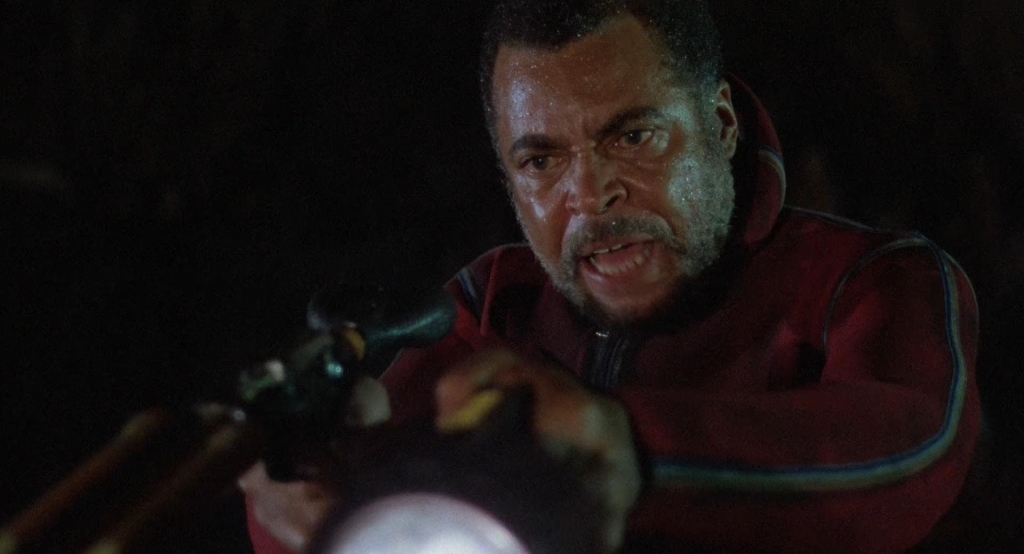 The entire cast is worthy of swooning over. Martin Kove with his chiseled cleft chin and rigid jawline. Mary Louise Weller (Sherry) has a bit of a Debbie Harry thing going on. Deborah Shelton (Madeline) is drop-dead gorgeous, and Lydia Cornell (Barbara) is Goldie Hawn blonde and bubbly.

For my money though it’s a dashing James Earl Jones with his full head of hair and salt and pepper beard that makes the heart skip. That voice is a force of nature.

There is endless source material to harvest with ancient demons and Greek gods, any of which could believably rip you limb from limb. Not enough happens throughout this film and the mythology, though central to the plot, deserves deeper respect.

Arrow Video released a Blu-ray and you can also watch it on their streaming service, or Tubi, or Flix Fling. It’s also available to rent on Amazon and Google Play.